How does your garden grow? Garden on a Roll – Ten Months Later

So if you’ve been following along here on Swoon Worthy since last summer, you may recall that I tried out a product called Garden on a Roll from Homebase.  The premise is they provide you with the plants required to make a rather lovely side border and you don’t have to do any thinking beyond deciding how sunny your little patch of land is and what style you’d like.  They provide the plants and a biodegradable template, you dig holes, stick the coordinating plants into the coordinating holes and Bob’s yer uncle.  Instant side border. 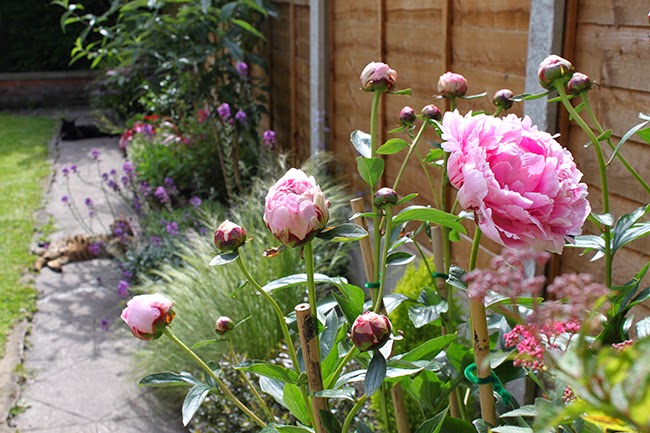 Well, I thought I’d share how that side border has got on since that fateful back-breaking 3 day weekend in August of last year where we basically gave the entire thing a massive spruce up with planting and a new fence.

Here’s a reminder of what we started with (yes, it was pretty bad, just really ridiculously overgrown and the fence was fallling to bits having so much ivy growing through it!) 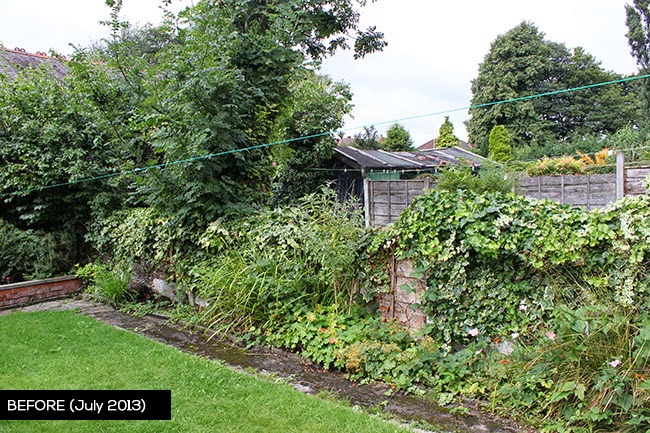 And here’s what it looked like once we’d finished the work thanks to Homebase and a lot of blood, sweat and tears! 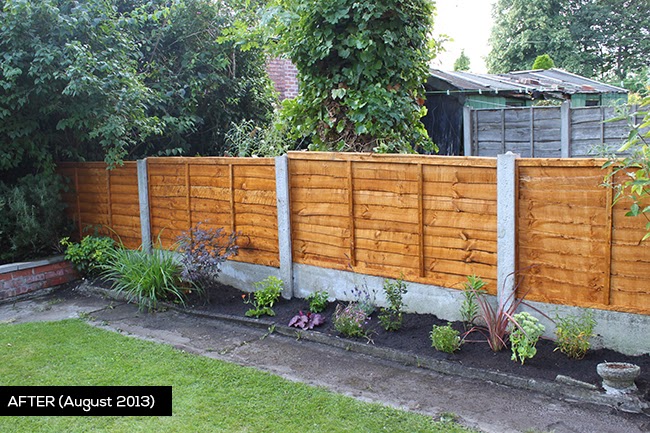 So where are we now?  Well, I have to say, I’m pretty impressed.  Even though it was all planted towards the end of the summer, I admit, I had my reservations that these little plants were going to live through the rather cold and wet winters we get here in Manchester and whether they really would increase in size to the degree they showed in the information video.

But as you can see from this next picture, the garden has really filled out so much in less than a year. 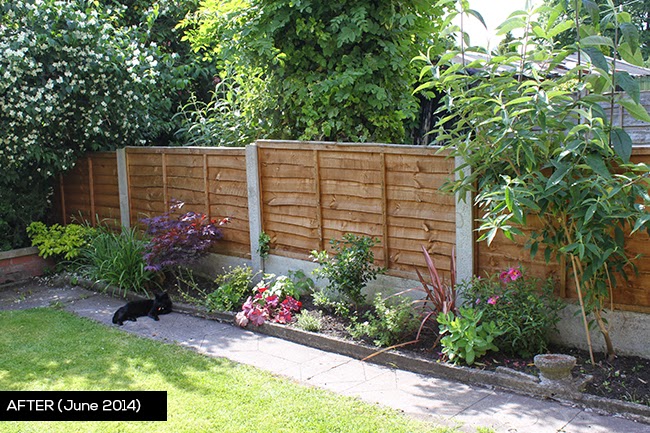 Out of 23 plants that were provided with the kit, we only lost 2 of them (ie., they haven’t grown back and there’s no sign of them at all just yet).  I don’t actually think that’s bad going considering we are certainly not ‘gardeners’ and the garden was pretty much neglected all winter. 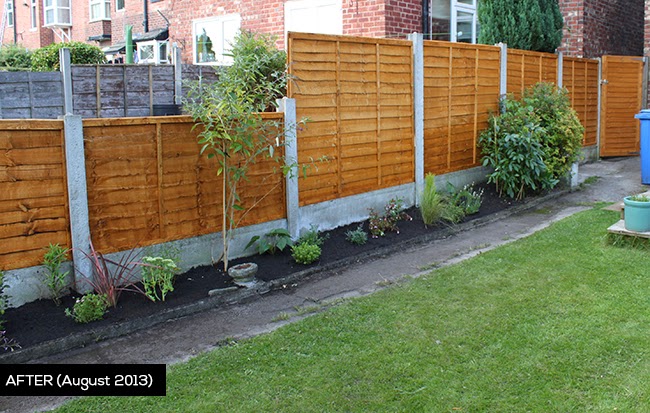 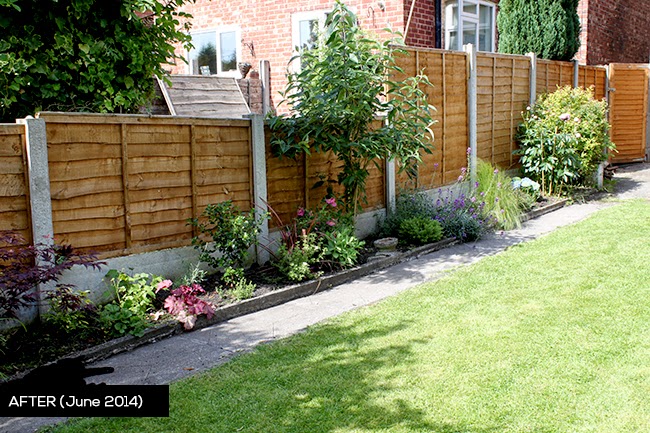 One of the things you may have noticed is how much better that little path looks now. Well, after bemoaning (repeatedly) how ugly it was, we started picking at it because we could see the concrete path was just falling to bits and we wanted to see what was underneath it. Well, it turns out the tarmac was just overlaid on top of original paving stones – WHATTHEWHAT.

And the paving stones actually had a very cool Art Deco pattern in them. 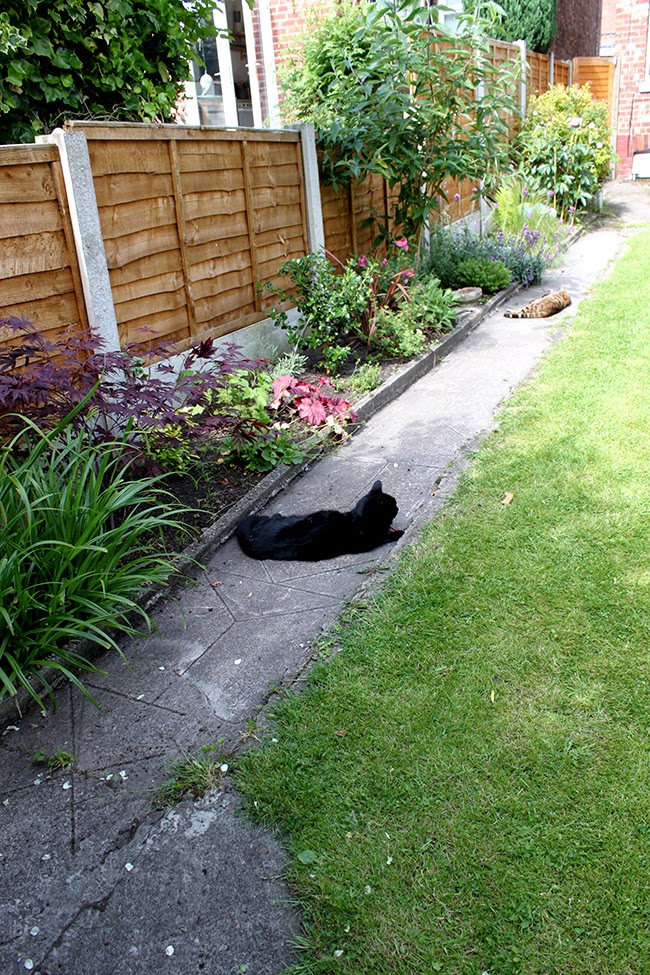 So it was a really cool discovery, frantically pulling off all the old tarmac to reveal groovy tiles in perfect condition – and because the tarmac was in such poor condition, it was done in record time. 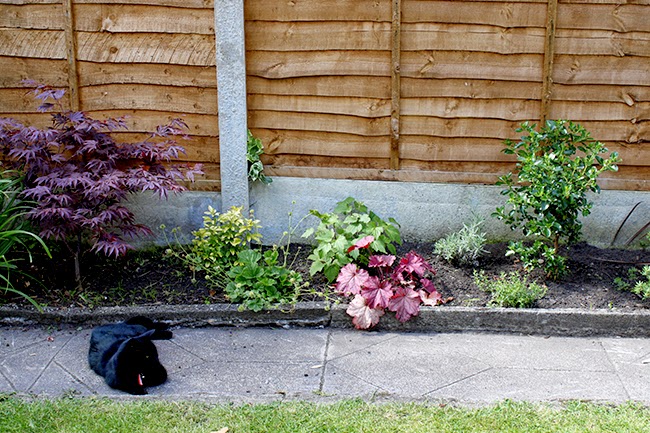 You’ll notice that we still have a bit of clean up to do on it which will require a bit of elbow grease so it’s certainly not perfect but check out the pattern on the tiles! Why would anyone want to cover over that with plain old poured ROAD SURFACE is beyond me. 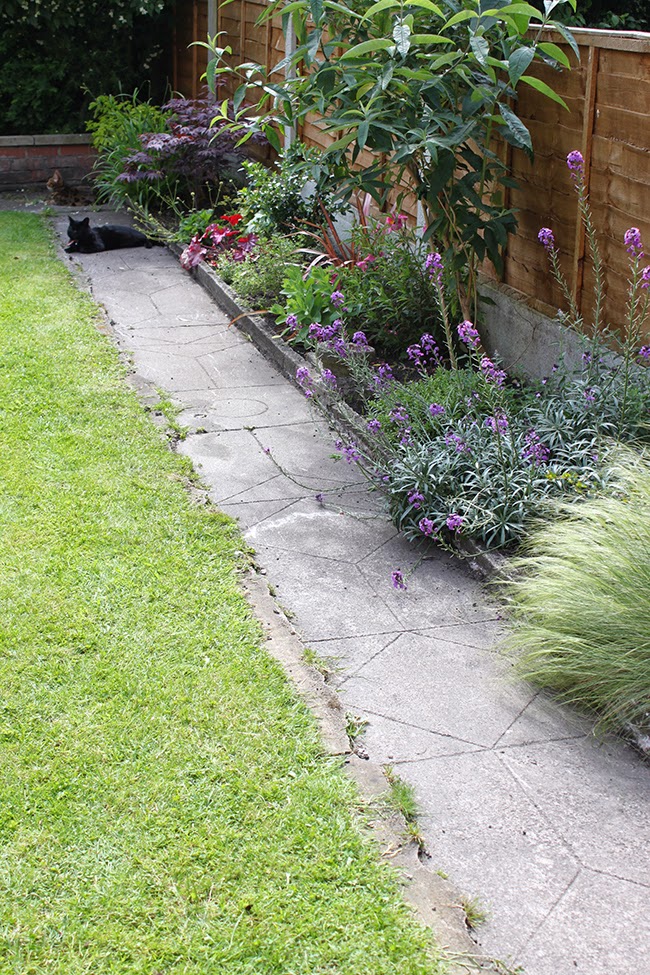 Oh and my peonies (which were part of the original side border) are finally blooming as well (yay!!) and it looks like it’s going to be a rather good crop this year!! 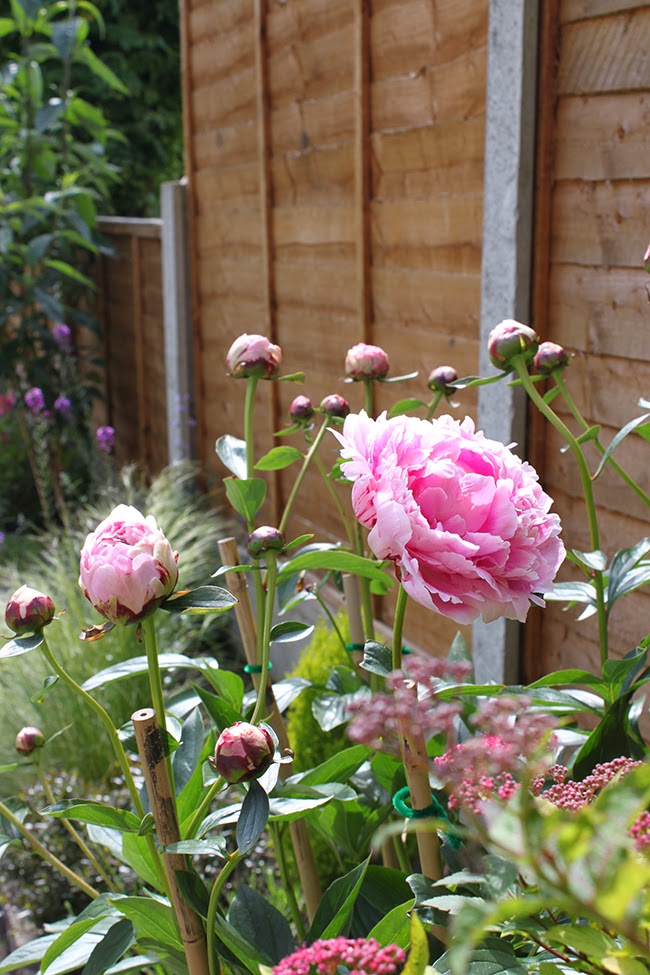 Getting back to the border, I am really looking forward to seeing how it grows as time goes by.  It’s easily more than doubled in size since we did the initial planting less than a year ago.  The variety of colours and flowers as well as evergreens in the pack was perfect and I know we wouldn’t have been able to get close to having such a lovely variety if we’d done it ourselves.  As such, I really do have to recommend the product, it’s amazingly easy to use and really gives fantastic results.  We couldn’t be happier with it.

Later this week, I’ll share some more garden goodness and the plans we have for the outside for this year! Stay tuned…

Does this sound like a product you would try or are you rather a dab hand at gardening?  Do tell…

This post is in association with Homebase and while I was provided the Garden on a Roll product and fencing, all images and opinions are very much my own – I genuinely think it’s a great product!