In late November, just before the madness of Christmas truly kicked in, I was invited by the lovely folks at IKEA to venture to Almhult, Sweden for the unique opportunity to take a peek behind the scenes of everyone’s favourite flatpack furniture store. 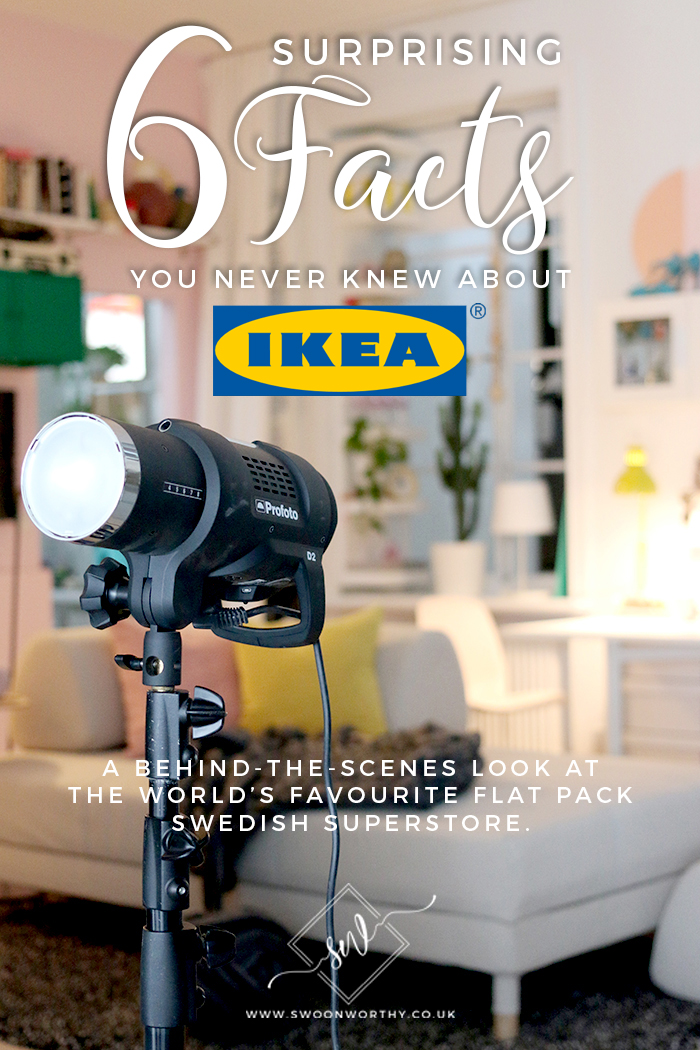 There’s no doubt that I adore IKEA’s products. Some of the most popular posts on my blog centre around my favourite IKEA hacks in my home and more recently, how to paint IKEA furniture. It’s wide availability, low cost and surprisingly good quality make it a favourite amongst a wide range of people – from renters and students to homeowners and those with an eye on stylish design. They pretty much cover all the bases.

Being able to go behind the scenes to the place where IKEA was born was an incredible opportunity. A collection of impressive buildings in the middle of this small but bustling town includes the IKEA Hotel (which we were lucky enough to stay in), IKEA’s testing facilities, offices where they create and develop all the prototypes, the photography studios as well as the IKEA Museum which is now housed in what was the very first IKEA store. 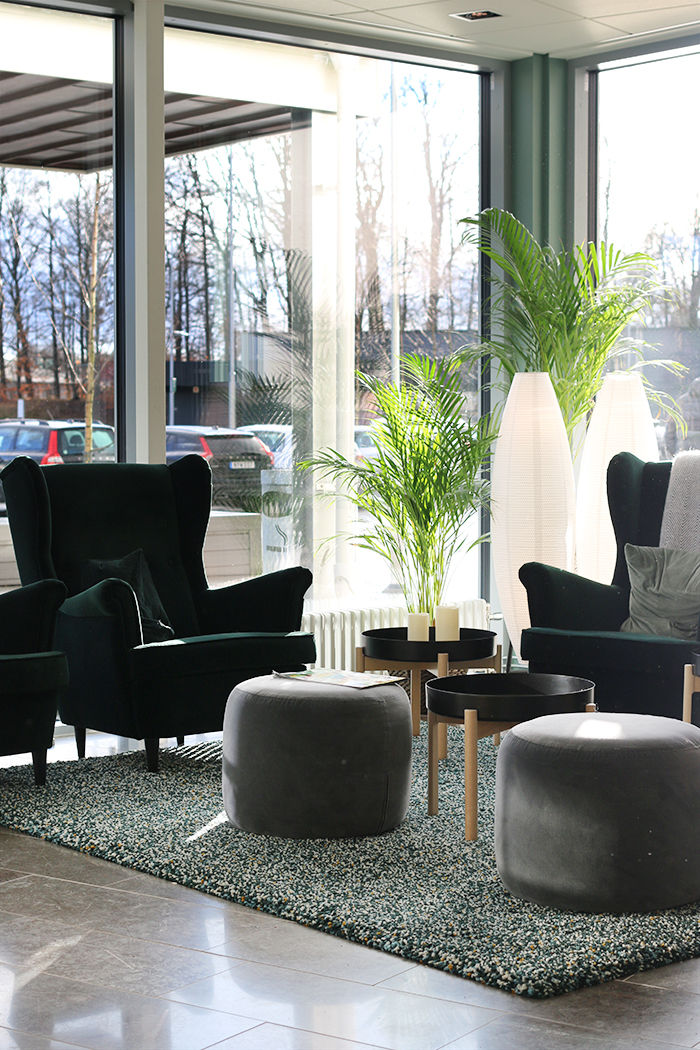 The IKEA Hotel, filled, as you would expect, with IKEA’s designs. 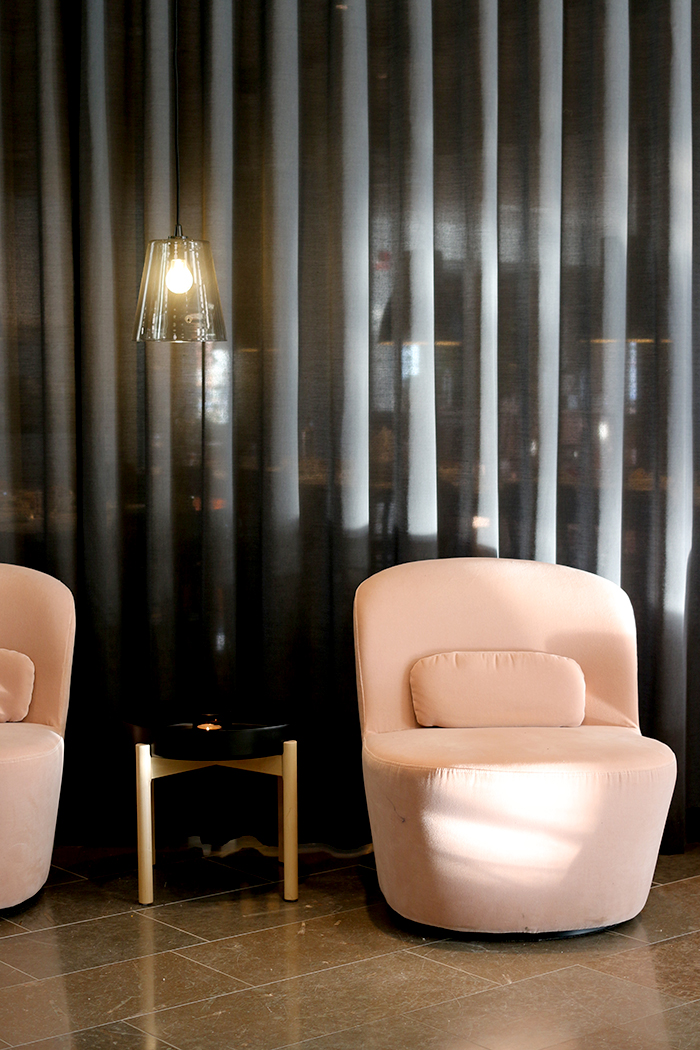 I loved these little peachy chairs in the waiting area in front of the restaurant. 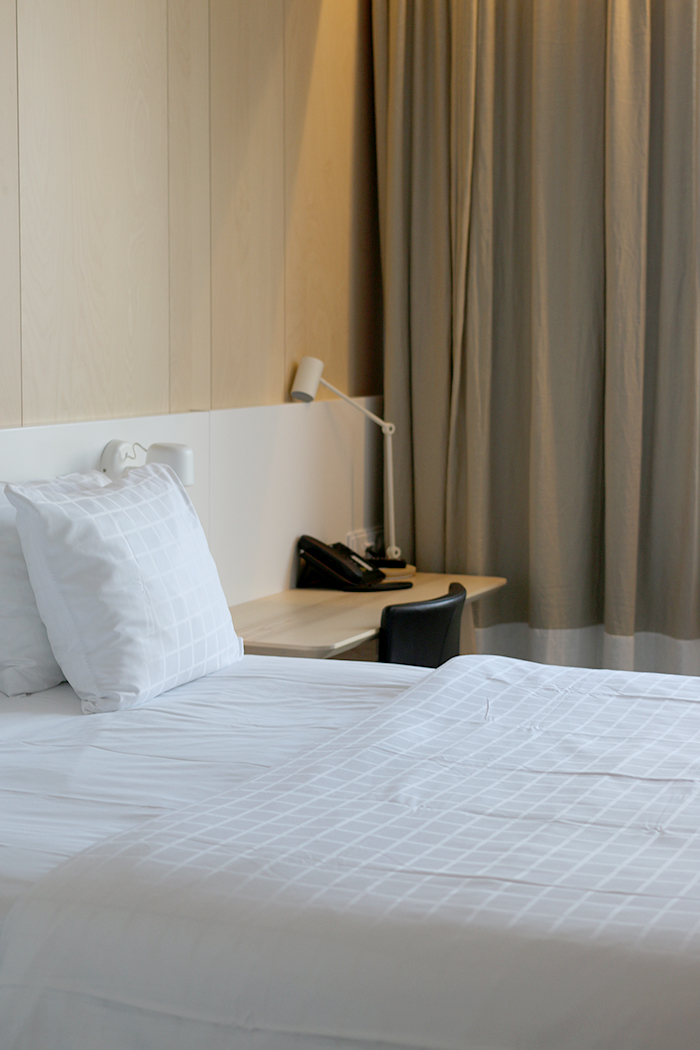 My hotel room, the picture of Swedish simplicity.

The combined facilities employ roughly around 3000 people and are this unassuming town’s biggest employer. I read this quote whilst there and appreciated the founder’s humour and humility so I thought I’d share it. There’s definitely a lesson in there for all of us!

When looking for co-workers, I look for people that are good at the things that I’m bad at. In the beginning when there was four or five or six of us – that worked. Then the gang grew and someone said to me: “Now there are 160,000 people making up for your shortcomings. Don’t you think that’s enough?” Letting other people’s strengths outweigh my weaknesses gives me a lot of satisfaction. ~ Ingvar Kamprad. 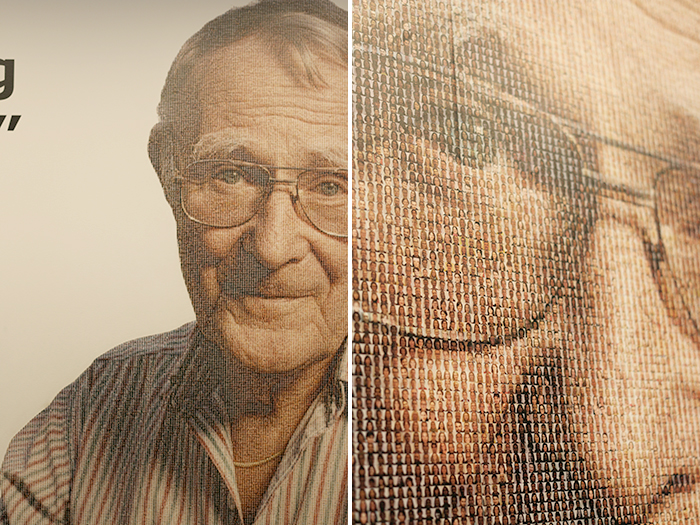 This picture in the museum shows the founder, Ingvar Kamprad – look closely and it’s is made up of thousands of IKEA’s employees.

It was a fascinating look but rather than take you on a step-by-step minute-by-minute rundown of my trip, I thought it’d be more fun to talk about all the things I learned that I was surprised (and delighted) by. So, here are six surprising facts you probably didn’t know about your favourite Swedish megastore.

Everything Revolves Around Democratic Design 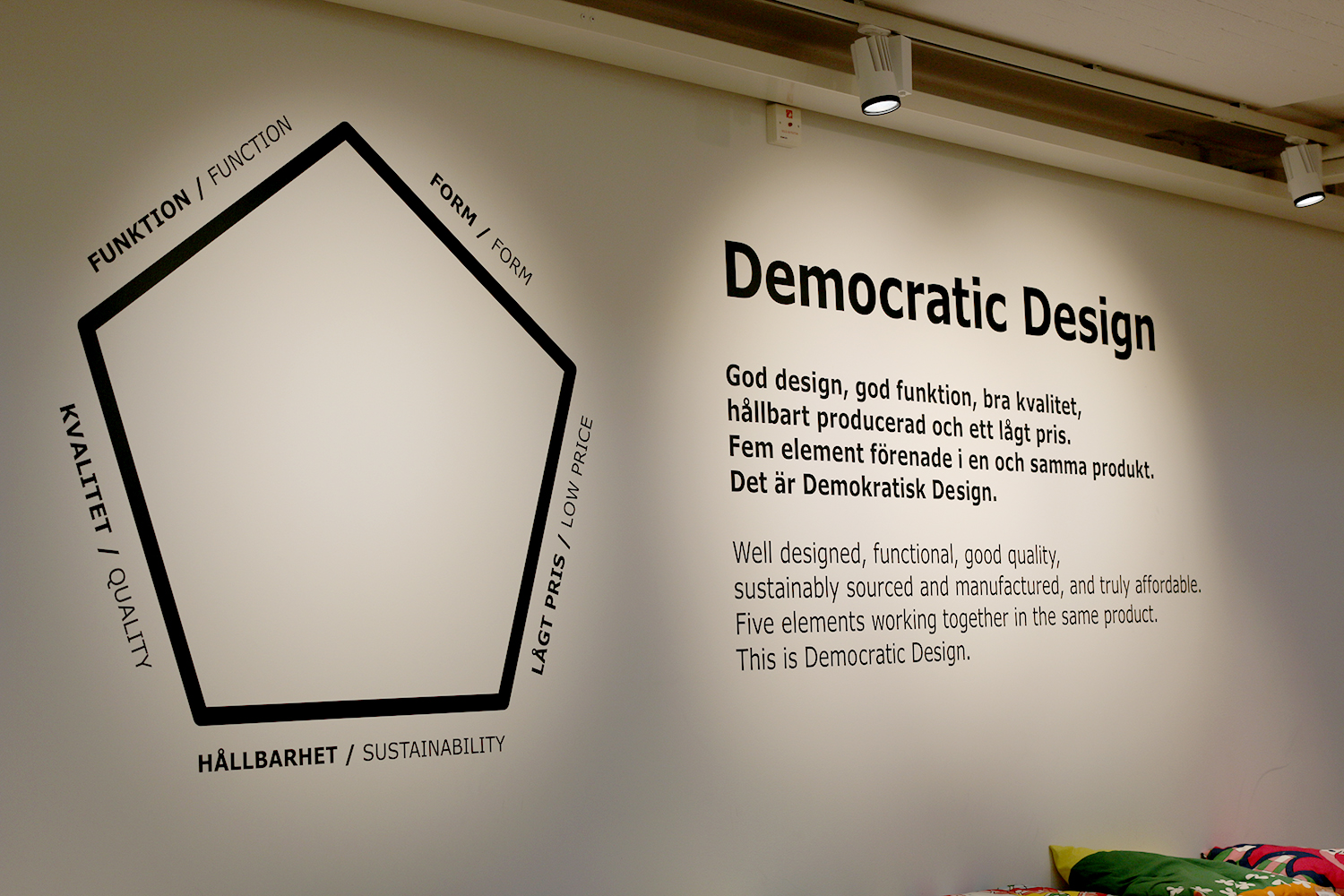 Every product that is created by IKEA (and there are thousands) has to meet the five elements of what they call “Democratic Design”. It’s their ethos and a phrase we heard repeatedly throughout our visit. The five elements include: Function, Form, Quality, Low Price and Sustainability. 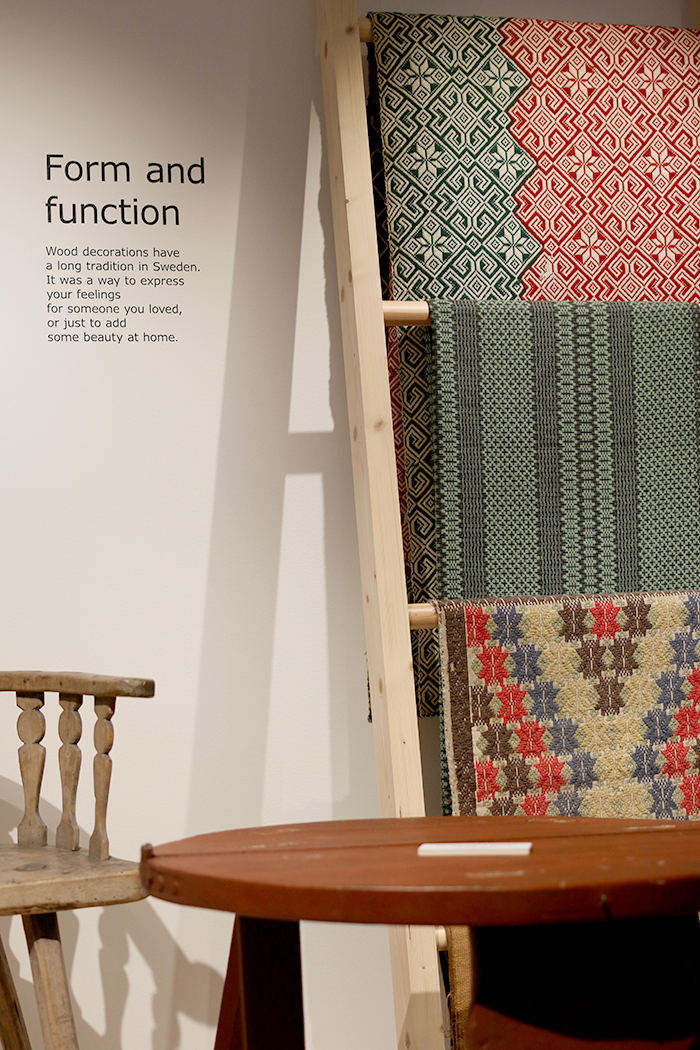 This strict ethos is reflected in the fact that it takes roughly 3 years for products to go from product brief to sketch concept to prototype to testing and finally production. Everything that comes out of their factory has to be well designed, good quality, sustainably-sourced and manufactured as well as truly affordable. It’s a high bar and thousands of products won’t make it to production if they fail at any stage of the Democratic Design so it’s back to the drawing board (repeatedly) until they do.

They work behind the scenes on new technology and initiatives 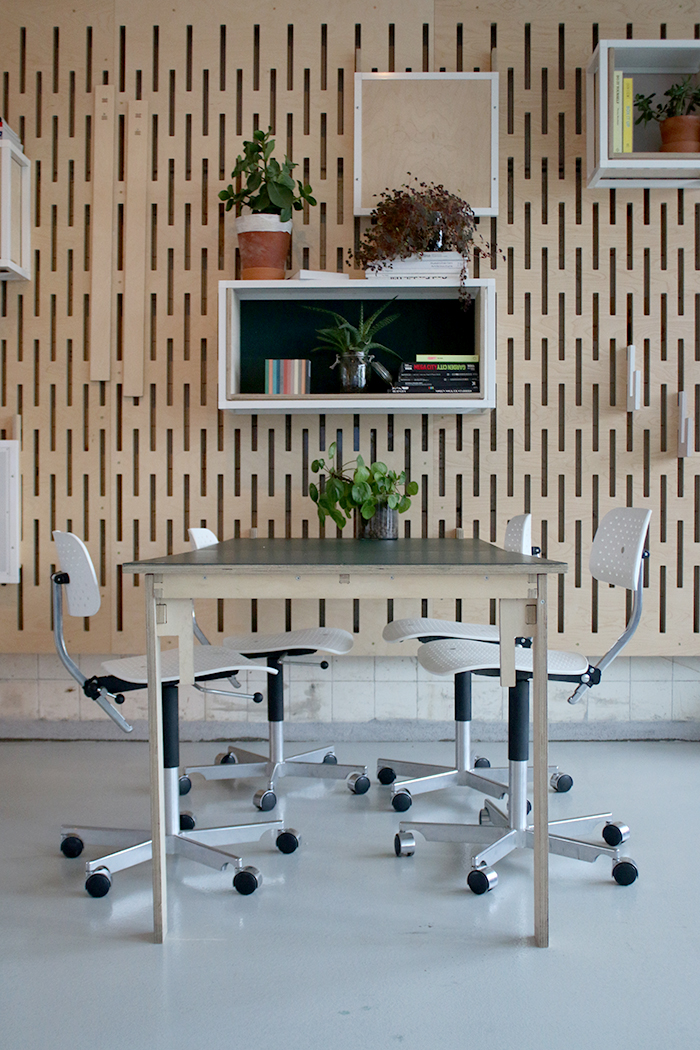 One of the most interesting things we explored was Space 10, IKEA’s research and innovation labs in the heart of what was once the meat-packing district in Copenhagen. Transformed by time, it is an unassuming building, surrounded by bars and restaurants but held within its walls is the future of, well, everything. Our hosts were quick to point out that Space 10 is not about product innovation. IKEA owns it, yes, but it is unrelated in any way to the products it sells. Instead, this is all about concept innovation. The research they do can touch on anything from advances in digital fabrication, sustainable food, artificial intelligence, open-sourced design and architecture and so much more. 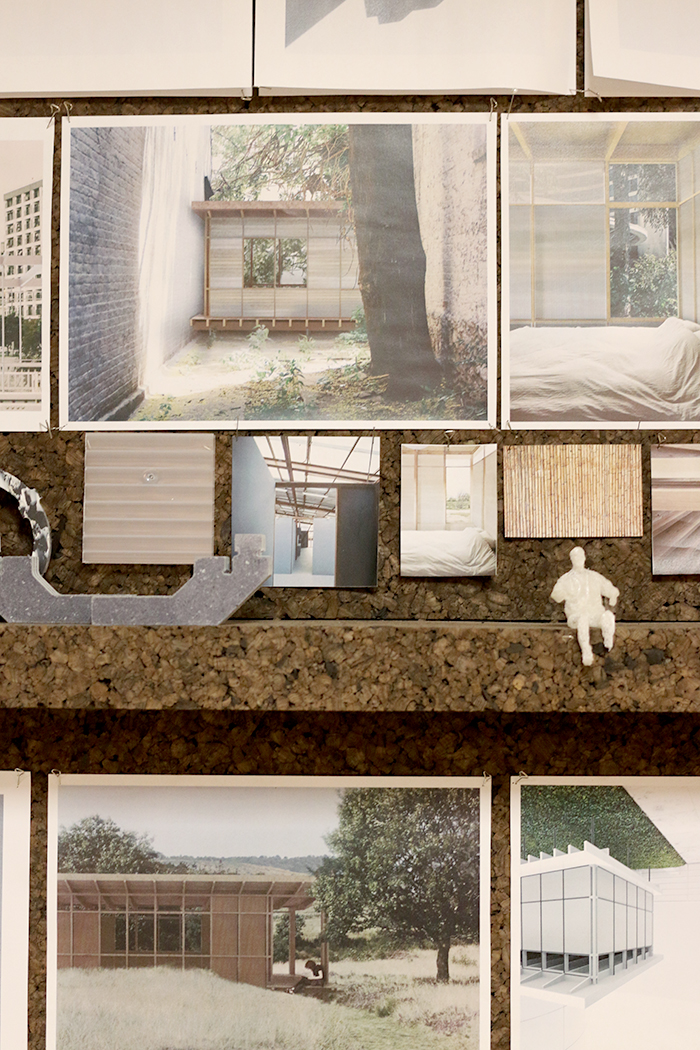 They work on this open-source concept throughout everything they do. While there is a core team there, they will call in experts from all over the world to explore a vast number of ideas on collaborative projects. Whilst there, we were able to see what they are currently doing on sustainable farming. 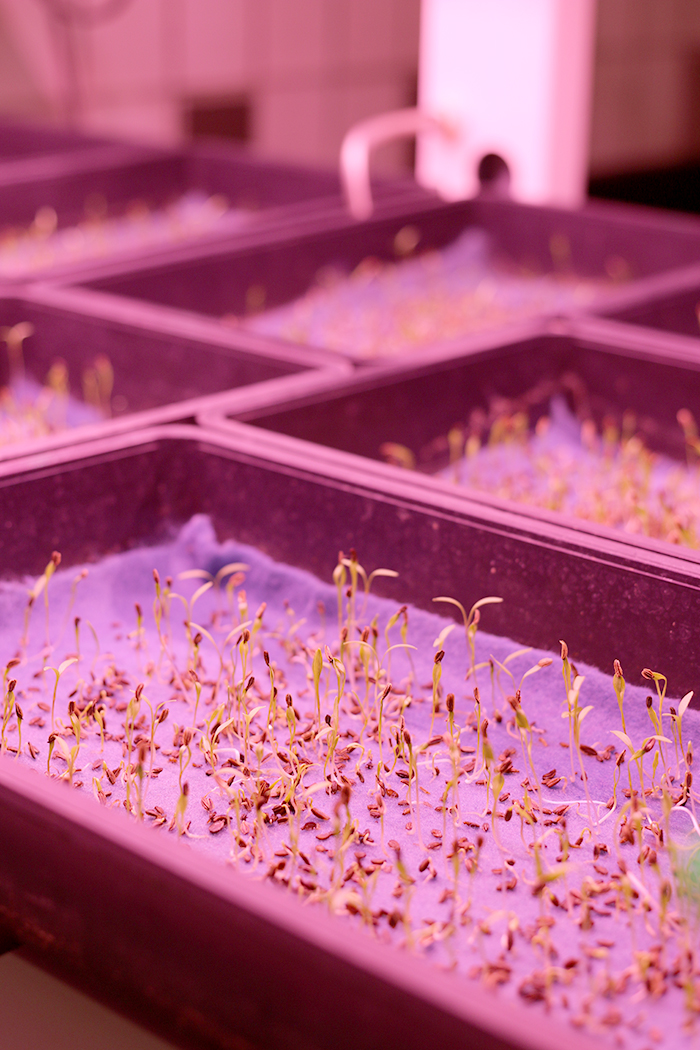 The focus is simple: Can we grow food without soil in cities? Exploring the concept of Hydroponic plant growth, they are currently growing plants in what they call The Farm where fresh, leafy microgreens and vegetables are grown within a couple of weeks – without sunlight and without soil. 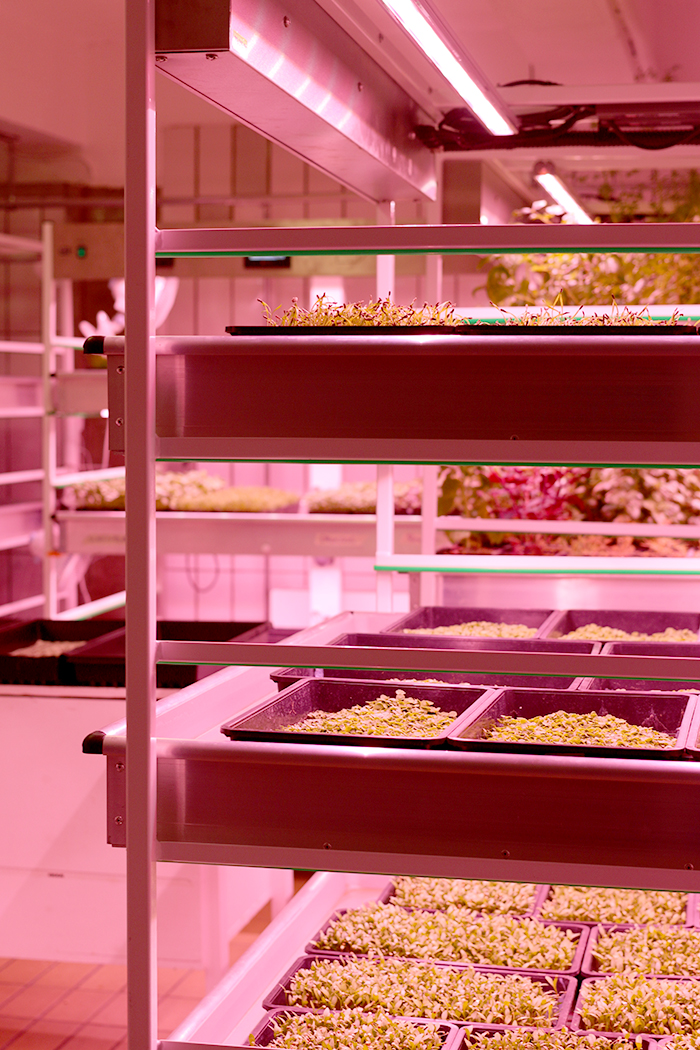 This is not about predicting or projecting what they think will happen. It’s about shaping what will happen – all in sustainable ways. It was truly remarkable and the passion of the staff was palatable. One thing that was perfectly clear was that IKEA’s business model of sustainability runs throughout the organisation. It is not just lip-service or something they do so they can tick some arbitrary box – it’s a passion that’s ingrained in every aspect of their projects, designs and every person on staff.

They support women and diversity 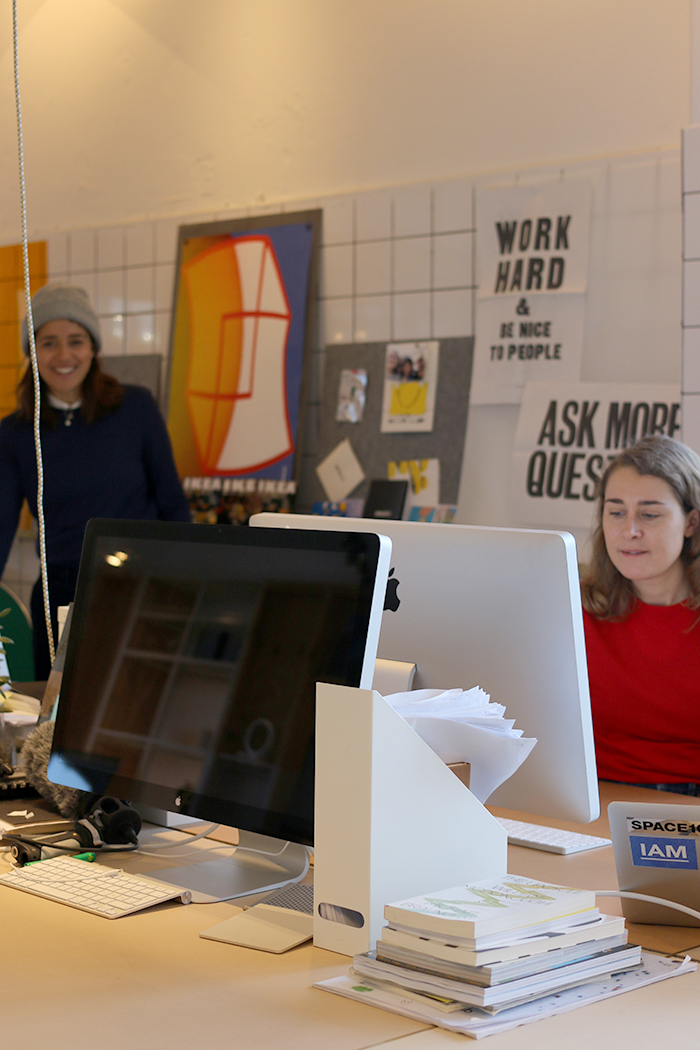 Within the organisation, I was delighted to hear that there are more woman (over 50%) in the top management positions than men. This may seem like a trivial fact but where women normally make up less than a quarter of top positions, this is remarkable. We were told that women (and men!) are not just encouraged but expected to take up to 2 years off to care for their children after birth. Childcare is free and for everyone and IKEA provide their workers total flexibility to balance work and family. Want to start late and finish early? Want to work different hours? These are the kinds of opportunities that allow women to rise up within the business, making for a powerful model to other large businesses and the world over. 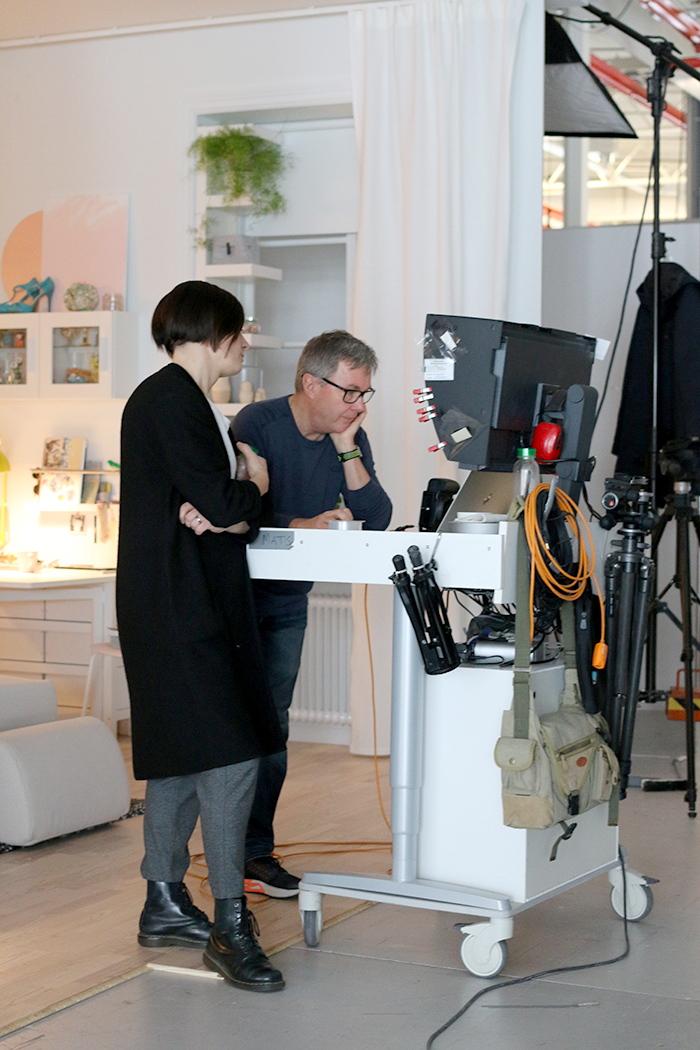 Not only that, but products they carry all come from sustainable sources. What does this have to do with women and diversity? They are currently working with women and smaller businesses in countries around the world, offering limited editions and working with local enterprises to support and develop designers which create small ranges – many of these women in poorer countries and developing nations. These are not just one offs – these are long-term partnerships where women are provided business training to give them the skills they need to succeed.

The Product Testing is Hardcore 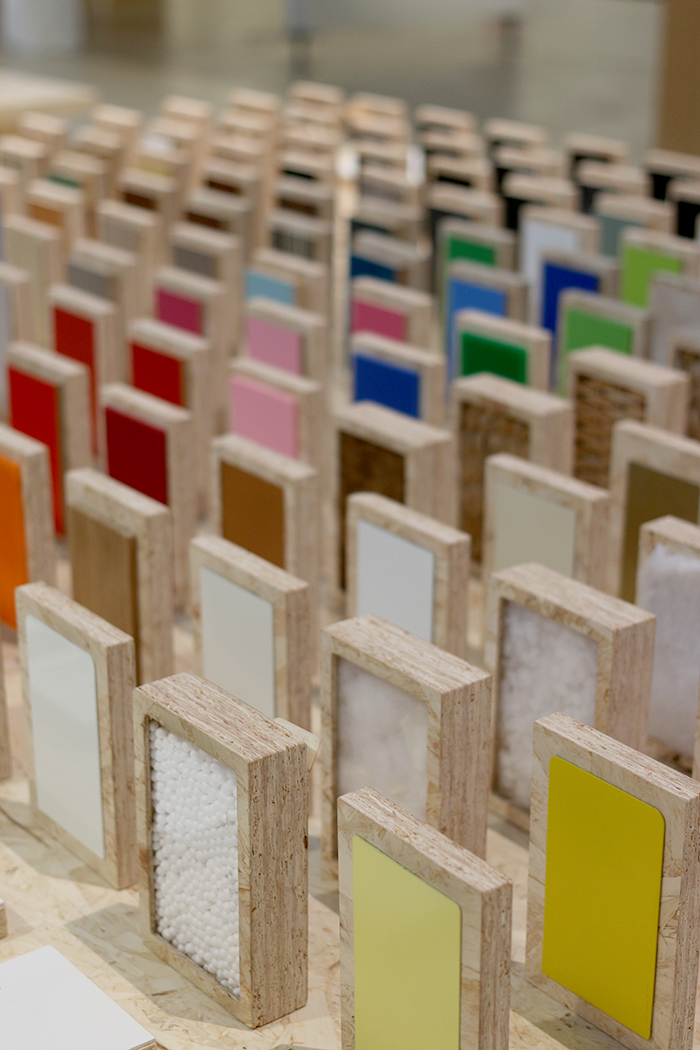 Ikea’s Test Lab performs approximately seventeen thousand test orders per year where products can be tested in any number of 500 different tests. However, the test lab we viewed isn’t their only one. In fact, there are 80-100 test labs worldwide with just one testing lab in Shanghai performing around SIXTY-FIVE THOUSAND test orders per year with 800 different types of tests. The beauty is that everything is ‘open concept’ meaning they share their learnings and allow others to see the work they carry out. This allows for a more open discussion for improvements in product development and allows for the support and development of new demands and test methods which are growing exponentially year on year. 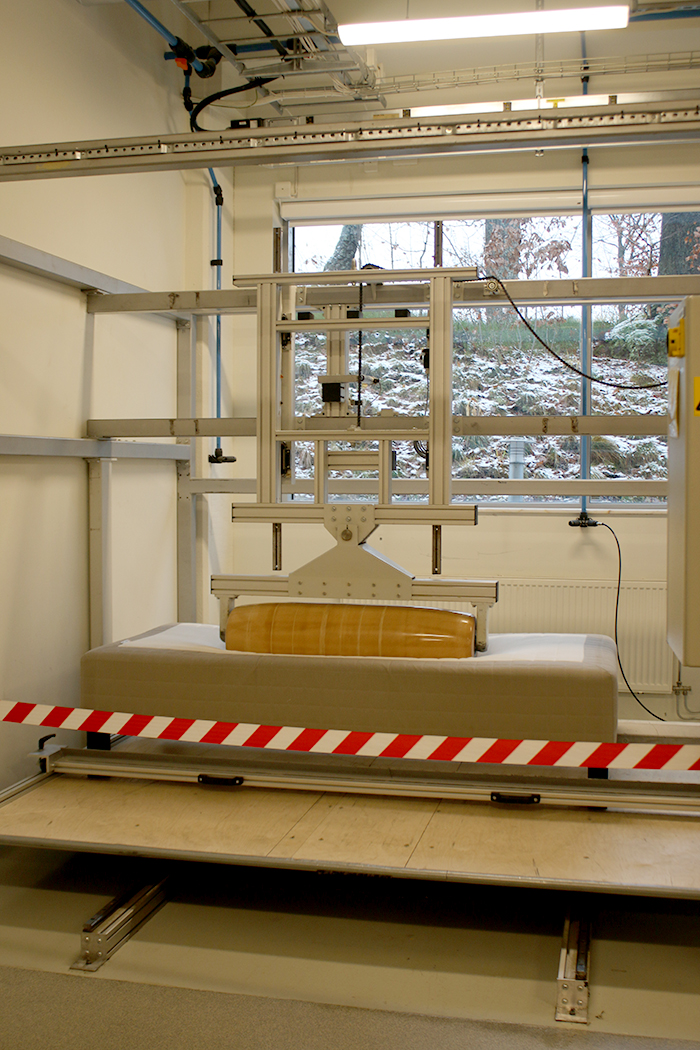 A mattress is tested by using a wooden roller which simulates a person rolling over in bed. I’m sure the test where it bounces up and down was just around the corner! Ha!

They can test just about anything – from metal to wood to textiles and just about everything in between. While we were there, they were testing worktop surfaces, placing various items on the surface (wine, coffee, spices, etc) to see what effect it has and whether any staining or etching took place. We saw candles being tested for burn time, mattresses being sat on over and over by a wooden ‘bum’ and even a child’s lunchbox, being repeatedly opened and closed over and over again by a little robot arm. We were told that will be repeated up to a million times or until the little lunchbox is broken. I told you – hardcore. 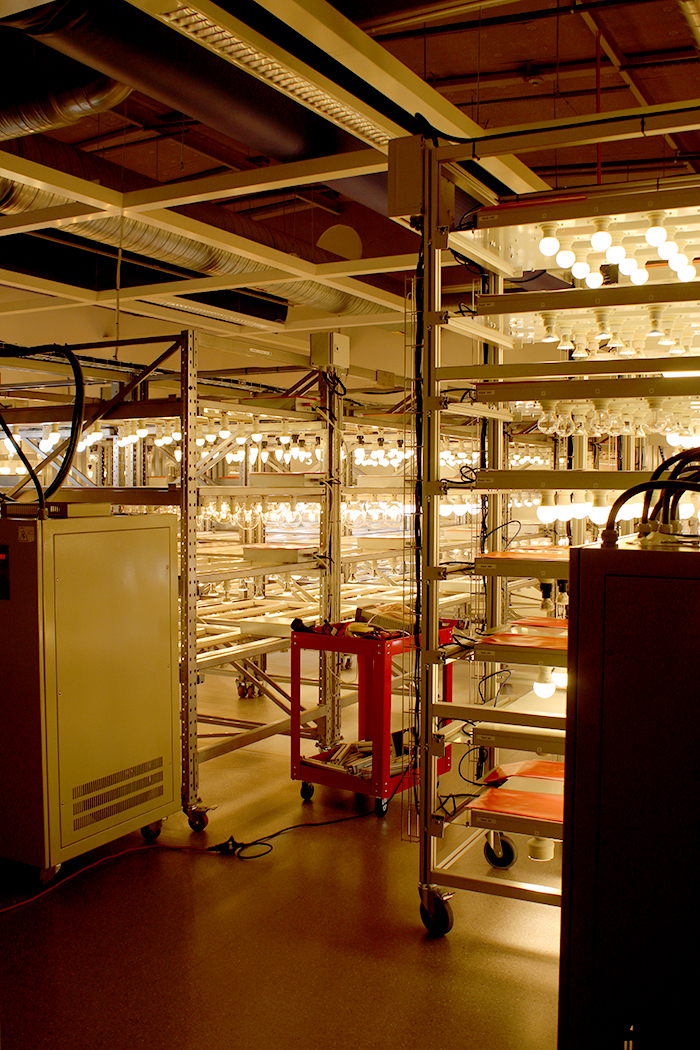 Once tested and manufactured, the product is not ‘off the hook’ as it were. Over the years, IKEA has phased out certain things that no longer fit current testing methods including things like flame retardents or the use of lead in metal fittings. They look then to innovate with new materials that meet their high standards.

They Have Mixed Feelings About IKEA Hacks 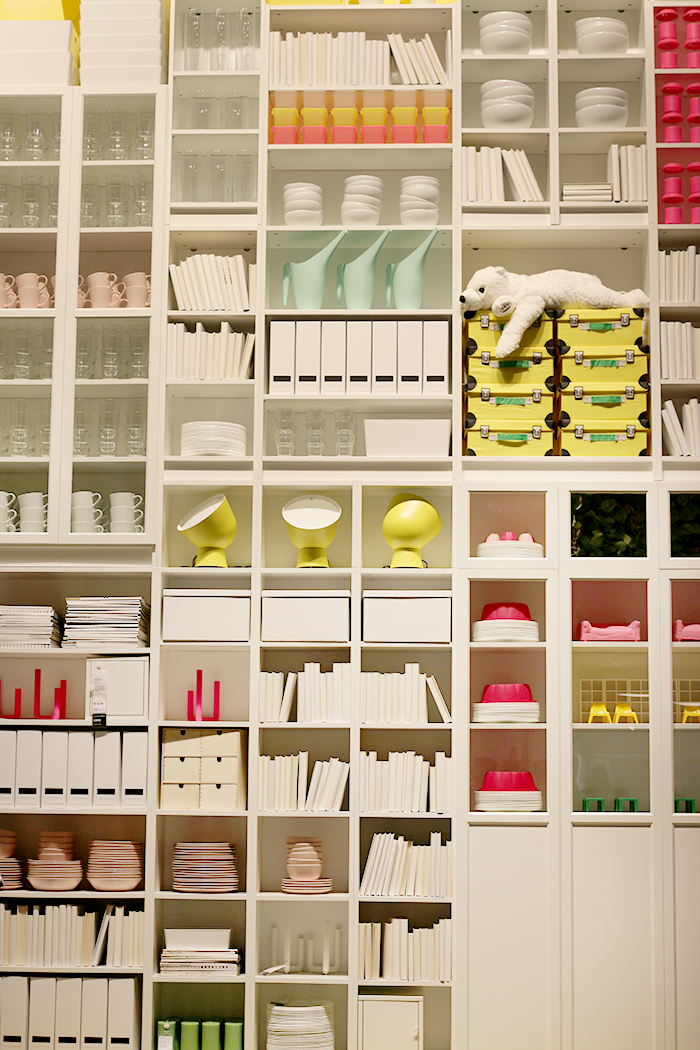 I had to ask this question while I was there. With so much popularity of ‘hacking’ IKEA products (there is an incredibly popular website as well as a book and the search term pulls up over 1.8 million results), how do they feel about people changing their products? Their main concern has to do with the rigorous testing each product goes through as I mentioned above. When people change the products, they can no longer guarantee the resulting item is safe which is an understandable cause for concern.

They Base Their Products Not on Trends But on Lifestyle 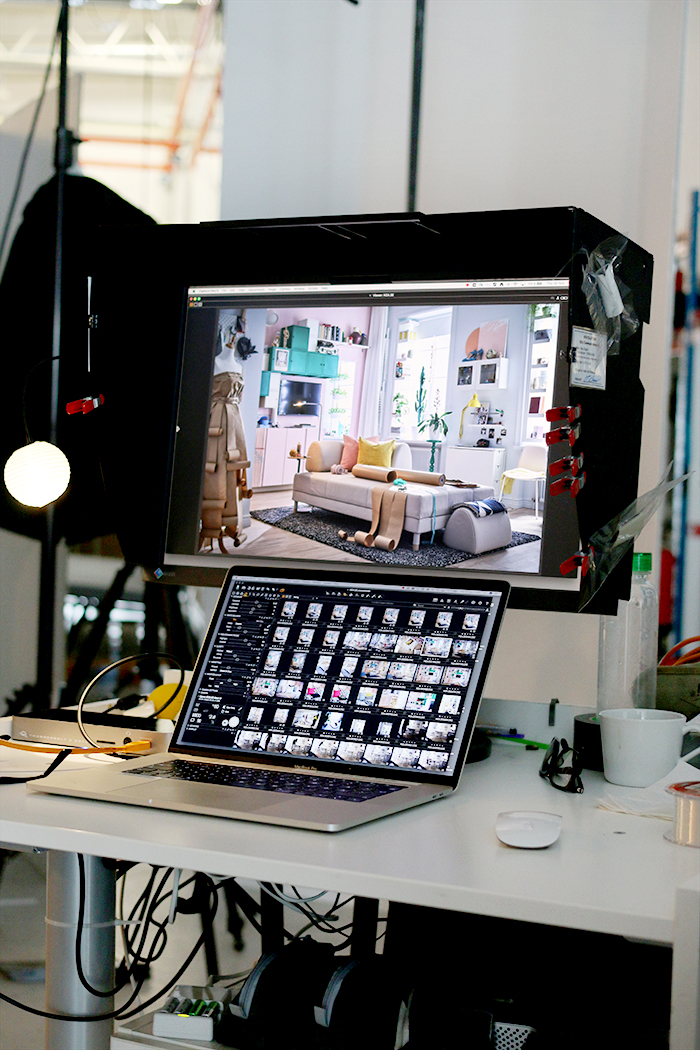 IKEA carries out a huge survey called “Life at Home” where thousands of homes are both surveyed and visited. What frustrates them about where they live? Many people don’t even realise that something frustrates them and so these home visits are a huge part of how products are developed and decided on. Here, they find out not just what’s happening in the places we live but why. 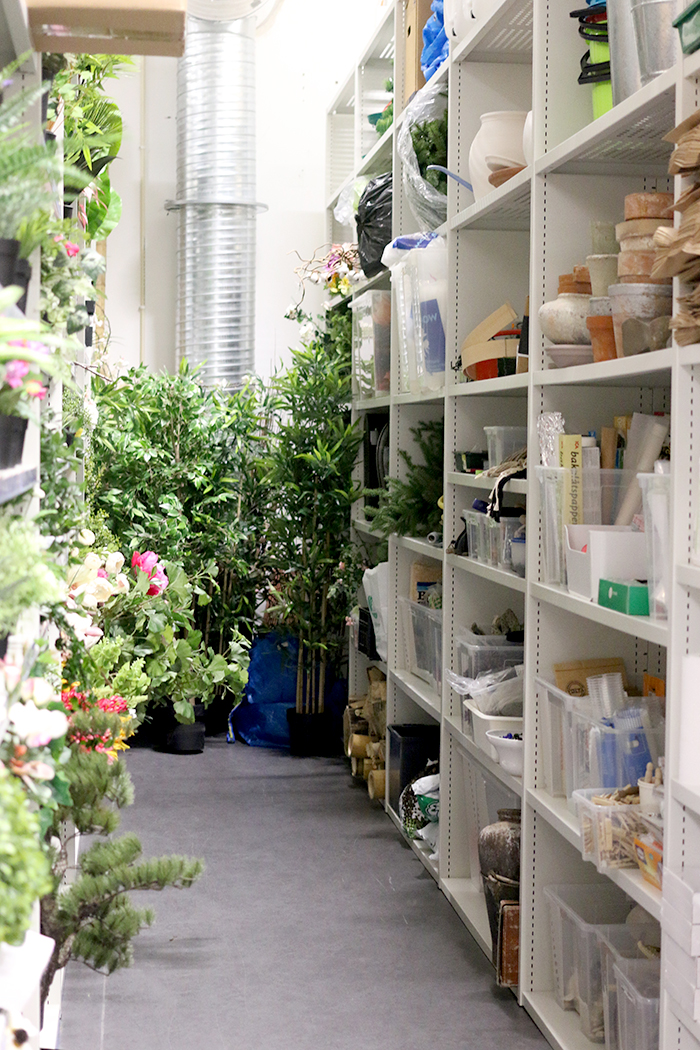 There’s an incredible amount of cultural awareness across their global media and a real focus on relevant solutions to enable people to live the life that works best for their personal circumstances.

Solutions are often country-specific and room sets in one IKEA may differ from roomsets in another. For instance, in a city environment, you may have multi-generational small space living to contend with. The needs of these people will differ from those in other areas so there’s no point in putting a large 3 seater sofa in a room set where few would be able to fit that in their living space. In fact, we realised that of the 48 catalogues and 200 million copies that IKEA produces every year, each cover photo is specific to the country it’s distributed. 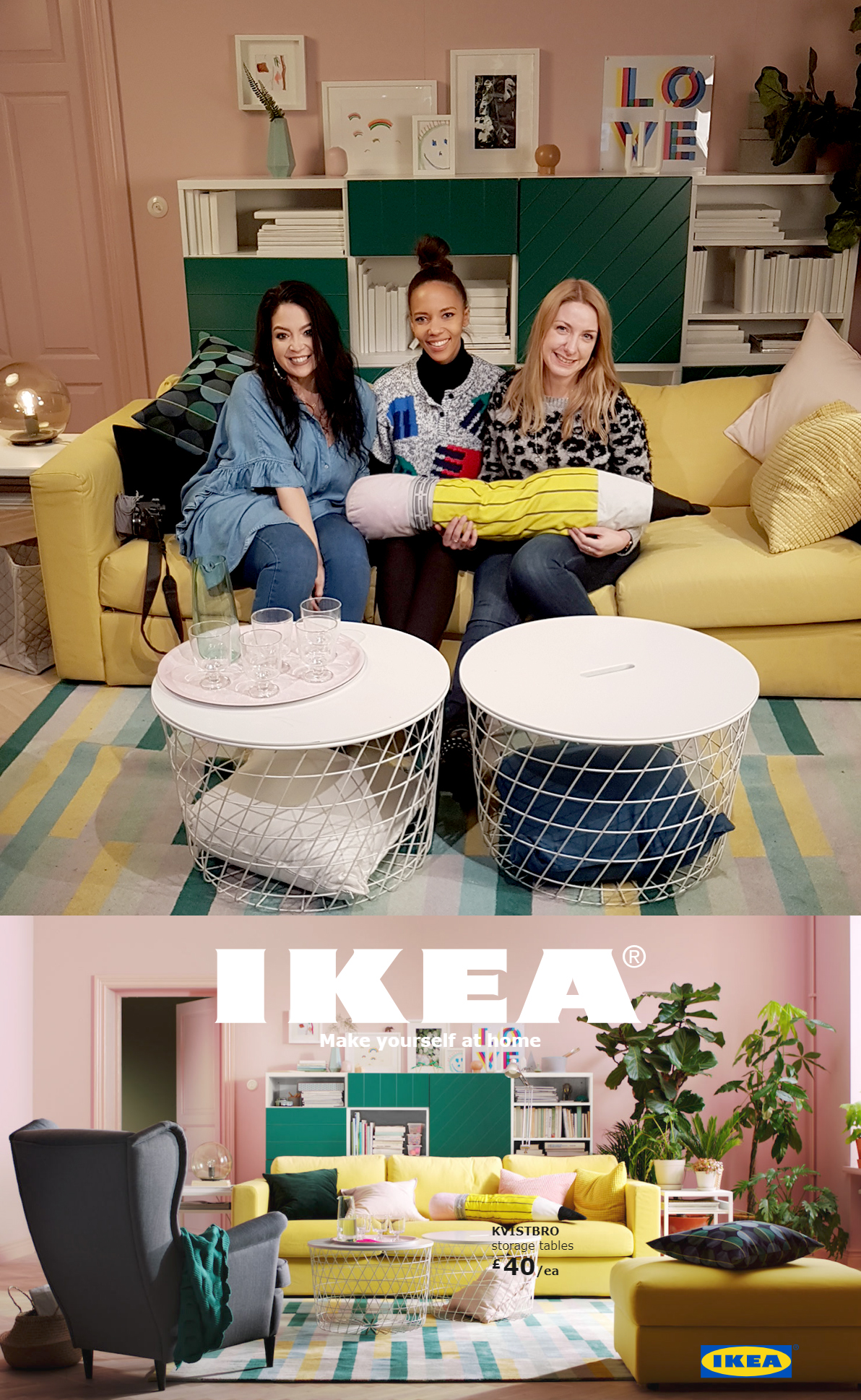 Me and my travel companions – Kate from Fabric of My Life and Lucinda from Nest Twenty Eight – recreating the IKEA catalogue cover photo!

So for instance, in the Chinese edition of the catalogue, the pencil was facing the opposite direction because it was viewed as distasteful in that country to have it pointed the other way. They also included a rabbit in the corner, as it is the year of the rabbit there. You may think that shooting each of the 48 different country covers must take ages when the attention to detail is so ccrucial but instead, they create 3D renderings of thousands of products so that they can easily change the look of a room with a few simple clicks of a mouse (okay, I’m simplifying things but it’s easier to do than recreating a room set 300 times).

My trip was really such an incredible look at an incredible company and I left with even more respect for it than I already had. Is there anything in this post you didn’t already know about IKEA? I’d love to know if you learned something new! The comment box awaits…

Disclaimer: I was not paid for this post but did travel and stay for free as a guest of IKEA UK. As always, all images, words and opinions are my own. I only work with brands I really love and think you’ll like too! Thanks for supporting the brands that support Swoon Worthy.