Our house went on the market officially on Thursday. It’s been a bit of a crazy few weeks with lots of trips to the skip (that’s the dump for my American readers) and charity shops as well as giving away items to friends and family – turns out living in a house for 7 years, you accumulate a lot of stuff! But I think we’ve done pretty well and when I told you we needed to get the flooring done in the bedroom in less than a week, we actually accomplished it. And given how slow we normally move on remodelling projects, I’m just as surprised as you probably are. 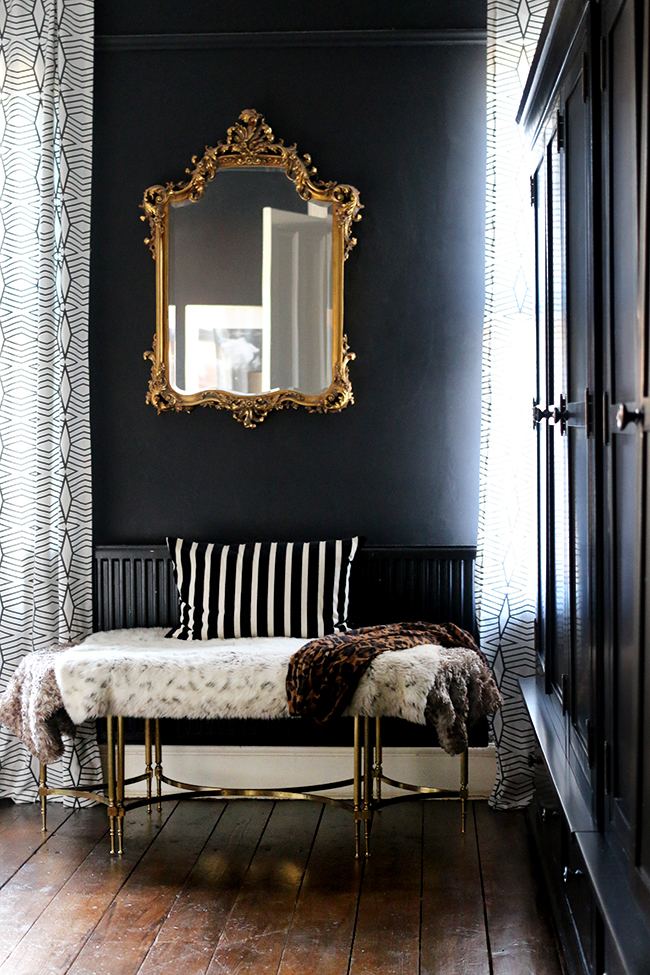 As I spoke about in this post, the carpet in here was beyond redemption thanks to our dog, Quito. I don’t really blame him – he was clearly a bit stressed out by a “stranger” in the house (my brother who has been visiting on and off for the last couple of months). We had him checked at the vets and there was no other explanation, despite the fact that Quito seemed to quite like him. Animals will often act out in ways we might not fully understand. But despite being fully housebroken, peeing on the rug was clearly a sign he wasn’t happy and since my brother left, there haven’t been any further incidents, thank goodness!

So the rug was ripped out the following day and we got to work finishing the original floorboards in here. Essentially, it was done in 3 parts since we couldn’t move the big furniture out of the room (there was simply nowhere to put it!). For each section, we scrubbed the floor down, removing years of dirt and grime, sanded the boards and removed paint splatters and some old vinyl and tape that had been stuck down in the past. And then we gave it 2 coats of Ronseal Dark Oak, leaving it to dry fully between and after coats. 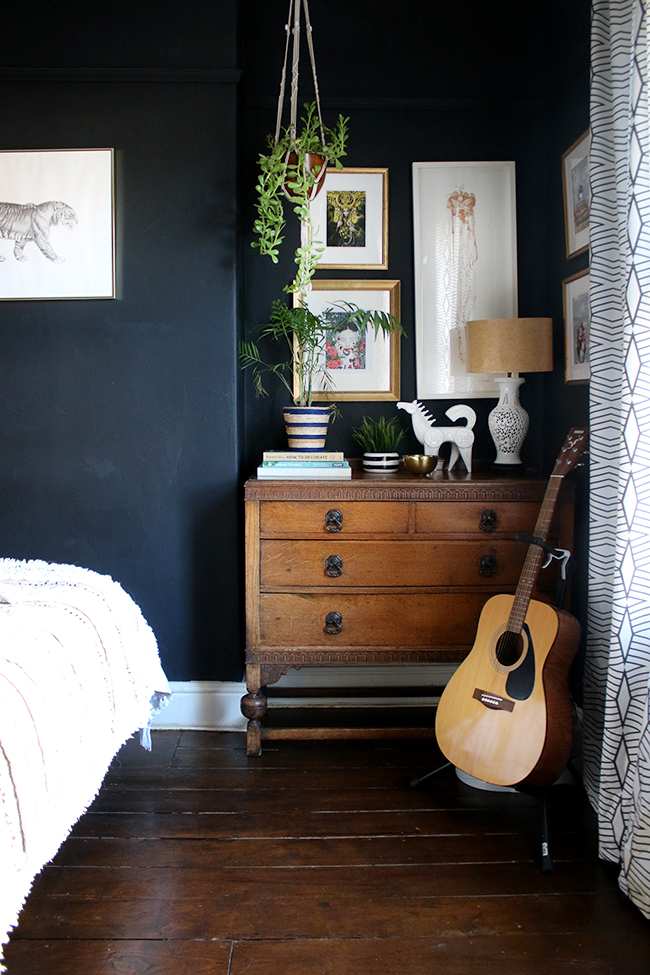 I have to say that even I am shocked at how well it’s come out. It is SO much better than that crappy carpet we had inherited and of course, I’m wondering why we didn’t do this years ago! I will apologise for some of the graininess in the picture quality – it’s so hard taking pictures of a black room in the dark days of November around here – we just don’t get the quality of light in these Northern climates with the sun so low in the sky!

Sure, the floors still show their age – they are original to the house of course and so they retain that ‘patina’ of marks and dents that pine (a fairly soft wood) will show. They are certainly not perfect looking new floors but staining them to match the rest of the flooring (much of it new) throughout the house has allowed them to blend in remarkably. 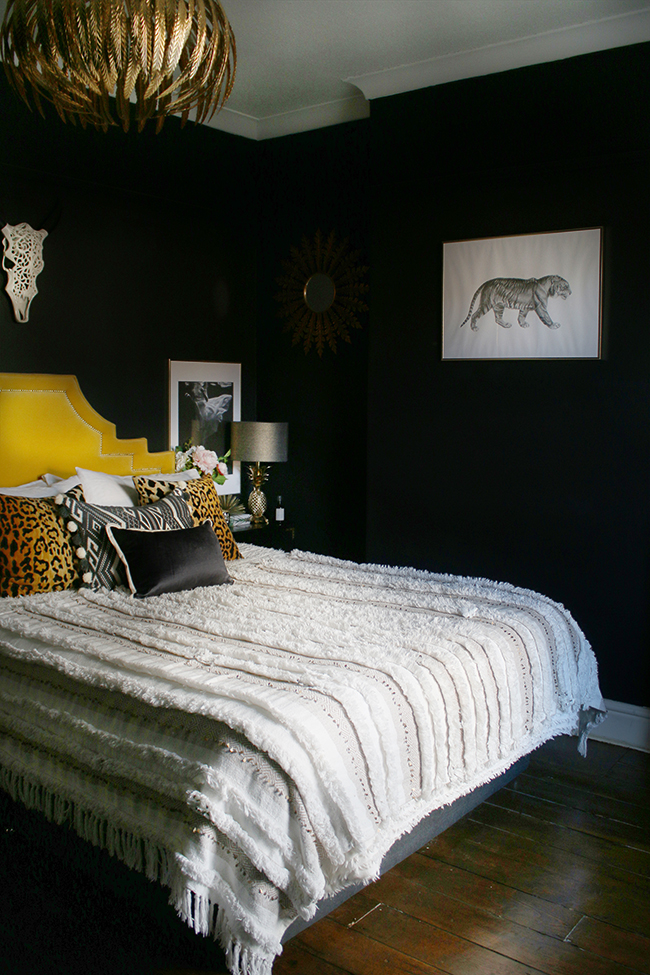 I actually had to point out to the estate agents which flooring was new and which was original as it’s not something that’s terribly noticeable until you go looking for it. I’m so happy with how they came out and it’s really given the bedroom a new look.

Now, if we weren’t moving, I’d be getting a big fluffy rug in here to finish it off. The room is definitely a bit colder without the carpet underfoot and putting your feet on a hard floor isn’t quite as pleasant first thing in the morning. But it seems silly to buy a rug for a room that we will only be moving out of so I’m having to restrain myself here from spending more money than we need to at this moment simply for the sake of decorating it! #thestruggleisreal 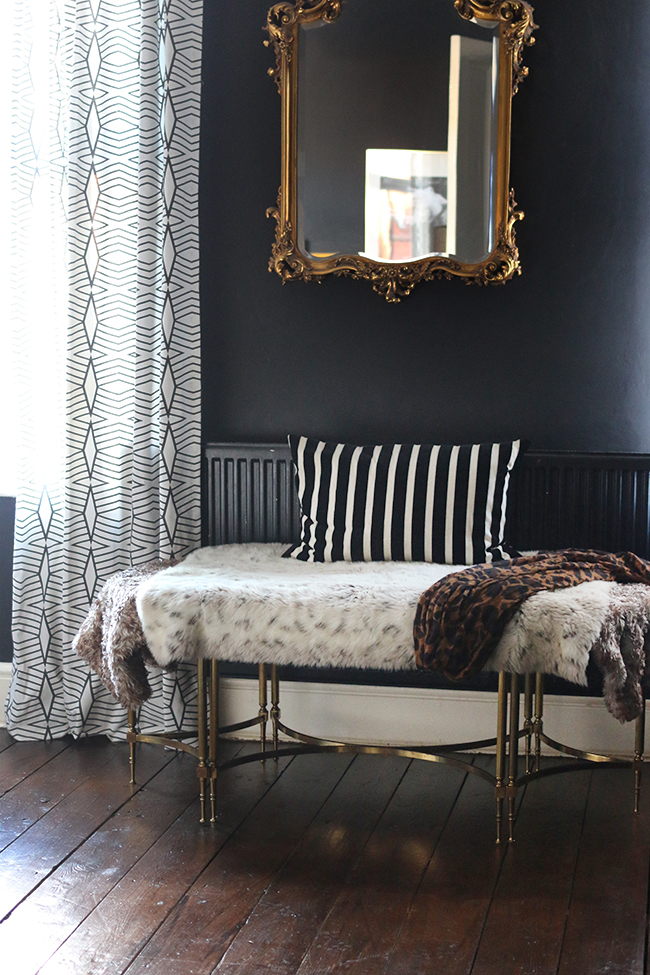 The hallway has been fully completed as well which I’ll be sharing with you next week. And well, after I share that with you, that’s this particular house officially ‘done’! We’re excited about looking for another home and putting our stamp on it and I’ll talk more about that in a future post.

In the meantime, what do you think of the dark wood flooring in this room? Do you prefer carpet in your bedrooms or do you like the look of wood floors instead?