Something for the Weekend – Sept 2015

September was a bit of a crazy whirlwind of a month for me! As you know, I went to Munich for Callwey Publishing’s launch of the Wohnideen Aus Dem Wahren Leben book and their first Best of Interior Blogs Awards which was such a fantastic trip. It was made even better when I found out I’d won an award – total icing on the cake! Then, a few short weeks later, I found out that I shortlisted for the Amara Blog Awards. I’m SO incredibly grateful for all the support and for those of you that voted for me – it really just means so much to me and being in the final five shortlist is just such an incredible privilege. 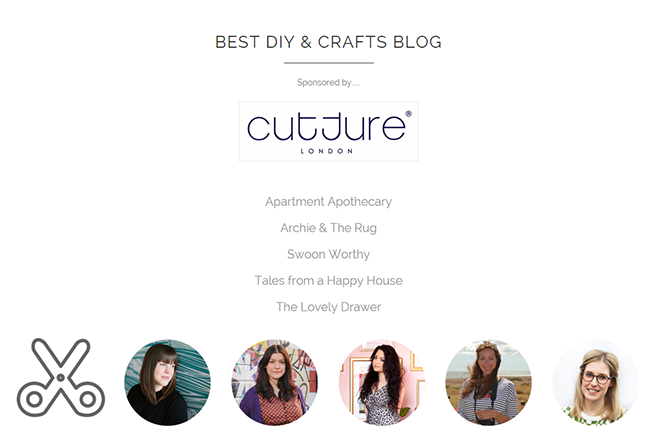 So firstly a HUGE thank you to you guys and a big CONGRATS to my fellow shortlisters! The award ceremony is at the end of October which means I get to get all dressed up and go to a fancy hotel in London and hang out with lots of other talented bloggers! So much fun! Do I think I have a chance in hell of winning? Nope! But it’s great just to be shortlisted – and yes, I do really mean that!! Ha!

To add to my excitement in September, I was also featured on Houzz which was such a buzz. There were so many incredibly flattering comments on the competition post that it made my heart swell.

And then, as I mentioned previously, I was also featured in Petra Magazine in Germany which I was able to pick up at Munich airport. A very cool coincidence. CRAZY MONTH. 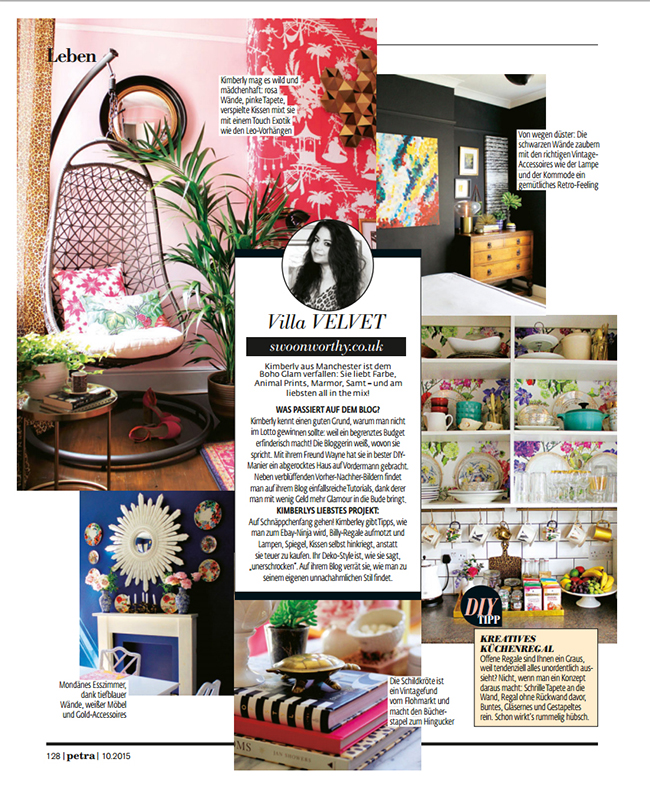 Another thing you may not know is that I photographed and wrote my very first beauty article! What. FOR REALS.

If you follow me on Instagram, you’ll know that while interiors is my first true love, I also am a bit of a geek when it comes to makeup. It’s just another passion and I often show off my #motd (makeup of the day) as well as sharing some of the tips I’ve learned and the products that I love. 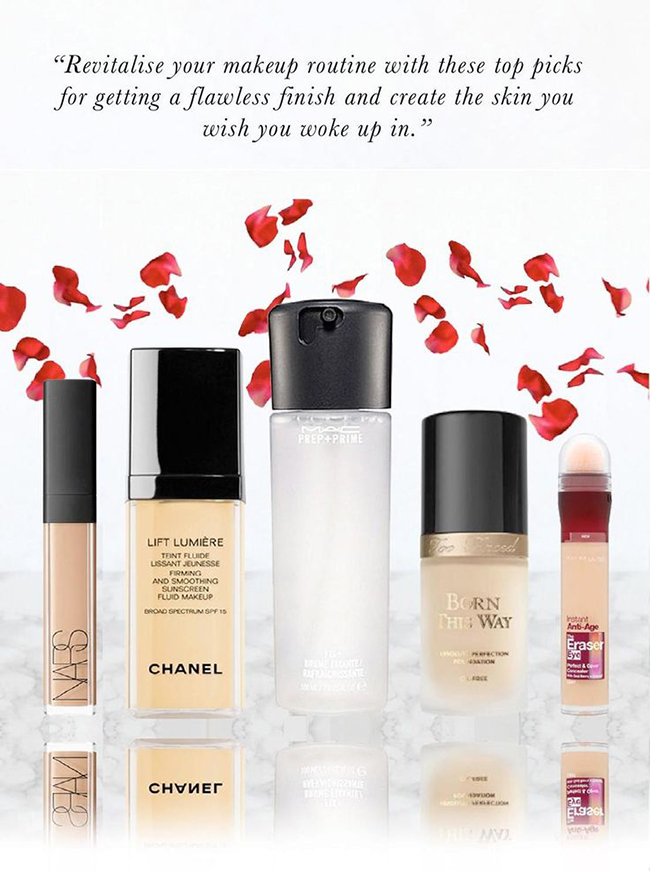 Anyway, I was approached by the lovely Karolina Barnes about editing the beauty section of her amazing new magazine called High in Style. It’s just a great digital magazine, totally free, and has some fantastic lifestyle articles within it. I was flattered she asked me to join the team! The first issue went live a few weeks ago but you can read it here. A definite first for me!

A few other lovely mentions – Darlington Crystal named me their ‘Blogger of the Month’ which was really lovely of them and called me “the UK’s most glamorous interior design blogger”! Hate to break it to you guys, but I’m sat here in a long sleeved teeshirt, jeans and beat up boots – not really very glam at all!! – but it did make me smile.

I was also featured in Secret Linen’s blog in an interview called Molly meets Kimberly Duran. You might remember that my beautiful sateen white bedding is from there and I love it! She asked me all sorts of fun and personal questions like who I would want at my dream midnight feast and where I’d wake up if it could be anywhere. It’s a bit of cheeky fun if ya fancy learning some weird stuff about me ;)

Also, Surveybee named Swoon Worthy in amongst a list of the ‘Best DIY Bloggers of 2015‘  and Plumworld included Swoon Worthy in their list of 100 Interior Design Blogs You Must Read – which was very nice of both of them! Check out the full lists for more blogging fun.

And finally, Mrs. Eve from Germany did a week of fabulous interiors on at{mine} and included my home in her post on Day 2. If you haven’t yet checked out at{mine}, there’s just a wealth of incredibly talented people sharing their homes for great eye candy. Thanks so much, Mrs. Eve!

So, what else have I been chatting about on the internet this past month? Plenty as always. I mean, you can’t shut me up clearly. Ya see, I create so many advice and how to articles that obviously do not sit on Swoon Worthy that I thought you might like to have a read when you are relaxing and killing some time! You can click on any of the links and they’ll open in new windows so you can click on them and go back to them if you like ;)

First off, I have a new client that I’m writing for. Quercus Living sells high quality oak, pine and Indian wood furniture and so the first post I did was on creating the perfect country cottage style living room. Of course, not my usual style but, ya have to admit, it is such a cosy look so check that out if you fancy having a gander. 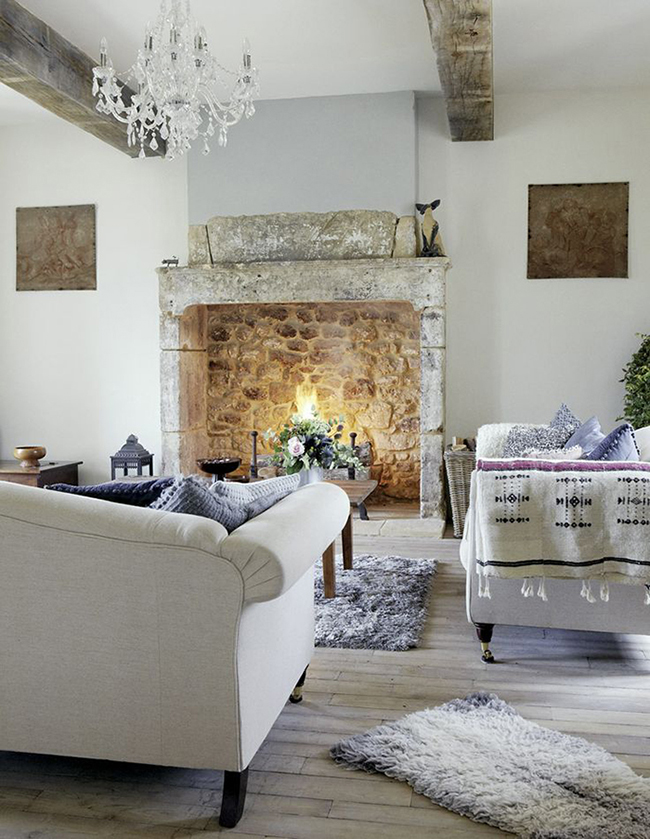 The second article I produced for them was all about small space living and how to make a small room appear larger. There are tricks that interior designers have been utilising for years to make any space look a bit more grand so this one is full of top tips for anyone trying to cope with less space than they’d like. 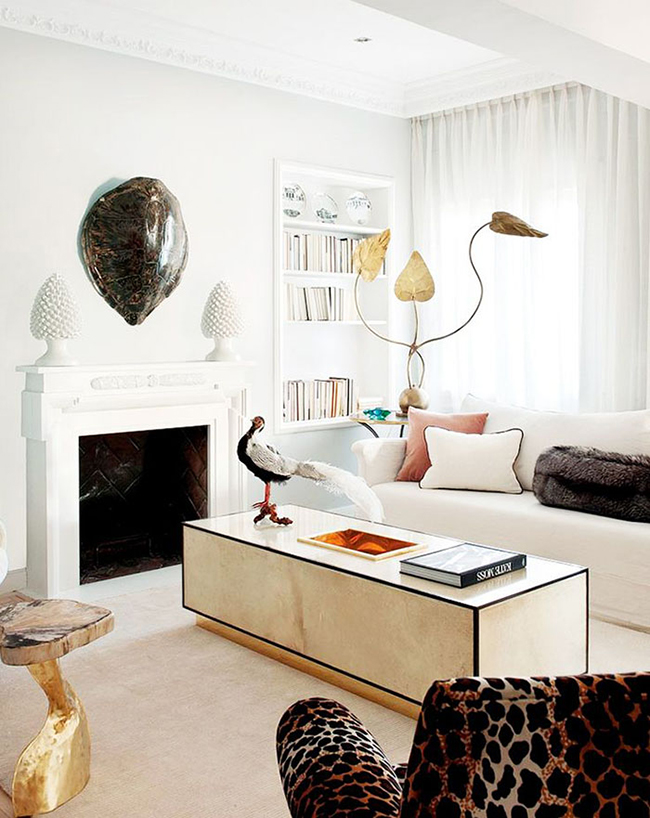 Over on AO Life, I talked about how to get big style on a little budget using my own projects as examples of getting a high end look for less. If you want a little reminder of all the things I’ve done in my own home to make it a bit more glam without blowing the bank account, you’ll want to check that out. 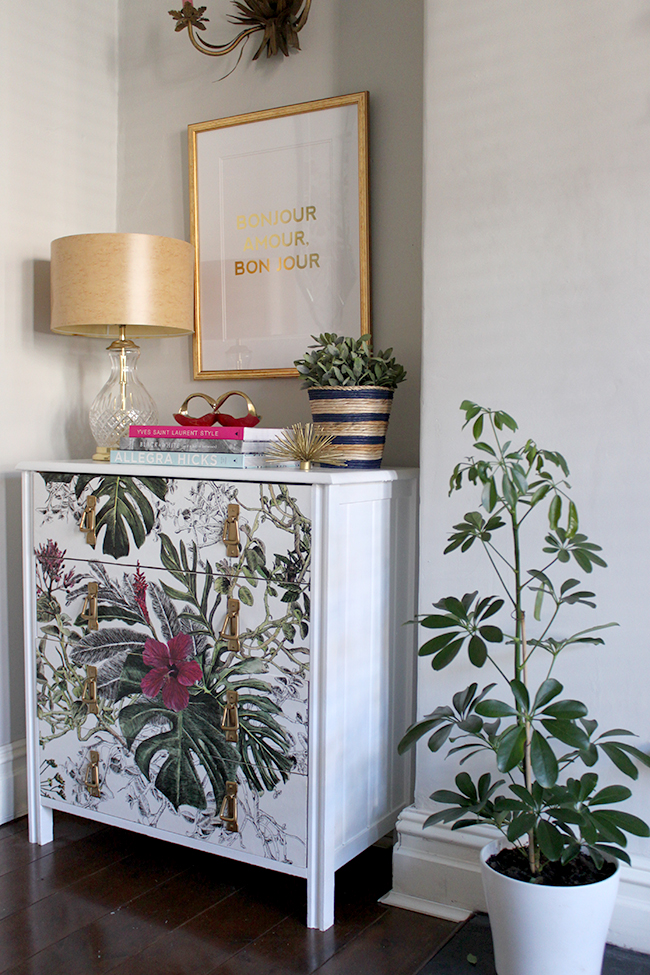 I also compiled a list of 11 ideas for creative flooring. I love a bold look as you know and these floor ideas really are just so cool. Check them all out if you are looking for some great inspiration on taking your floor to the next level (get it? floors? levels? #ikillme) 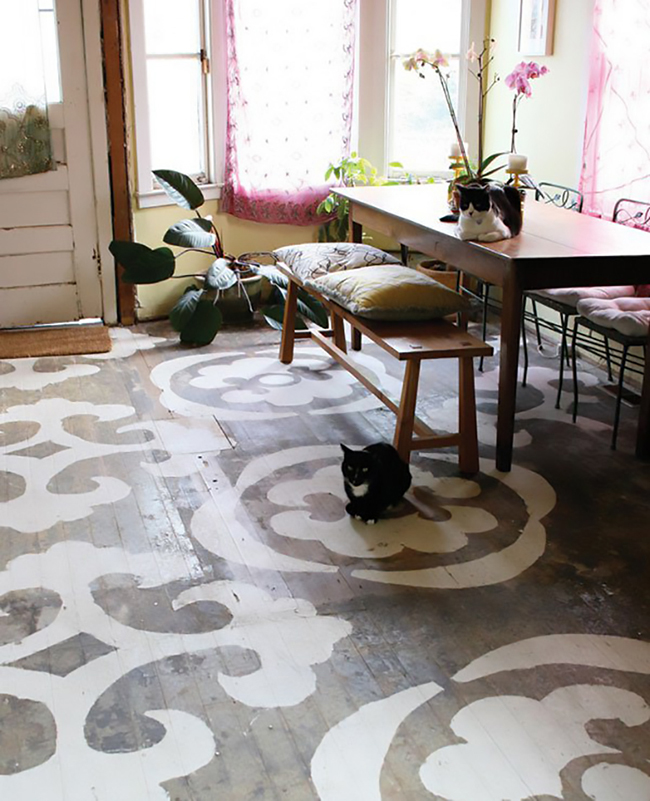 Over on Lighting Majestic, I chatted about warming up your home for Autumn – think chunky layers, dark colours, candles and all the stuff that makes it fun to stay indoors. 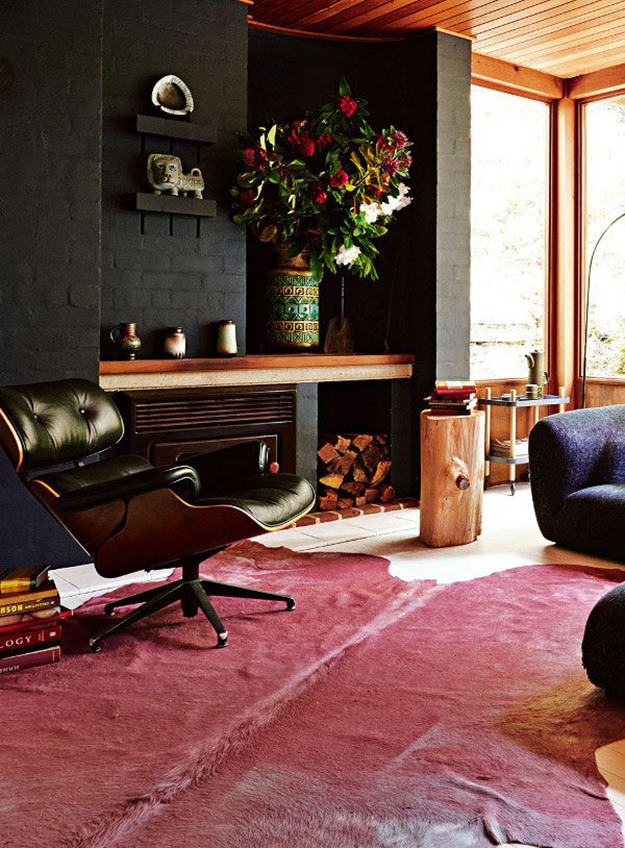 And on Tile Mountain, I discussed different ways to bring a bit of personality into your kitchen. No, you don’t have to rip it all out and start again – it’s about adding those little personal touches that go a long way in making a warm and inviting space. 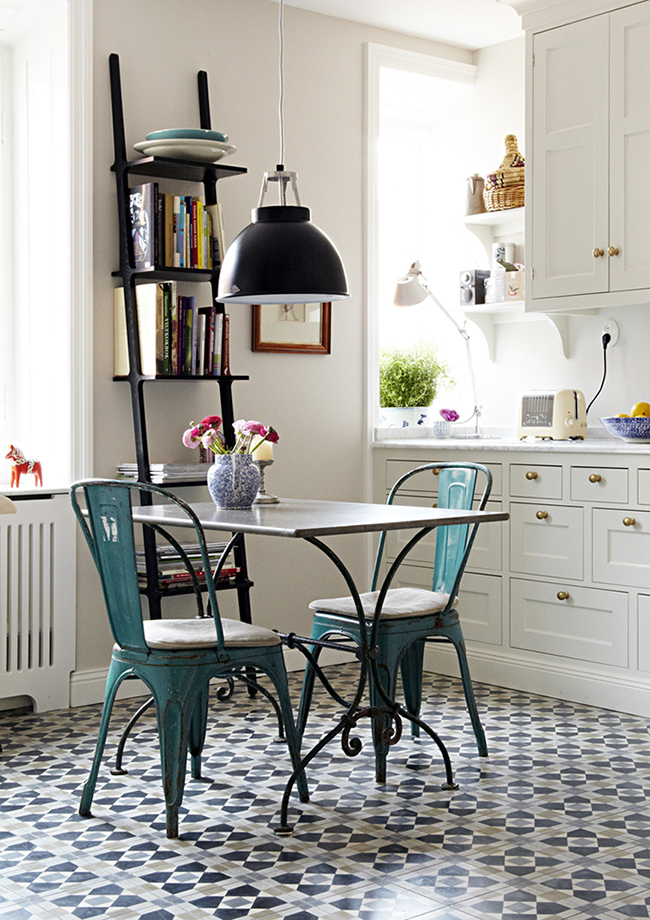 And finally, I discussed Dulux’s choice of Cherished Yellow as their “Colour of the Year”. Their selection was based on the proliferation of brass and gold in design right now and considering “Copper Blush” was last years choice, I’m not too surprised. I have to say, I do quite like this warm yellow and while I wouldn’t paint a whole room in it, I think for textiles, it works well in a space that mixes old and new. What did you think of their choice? 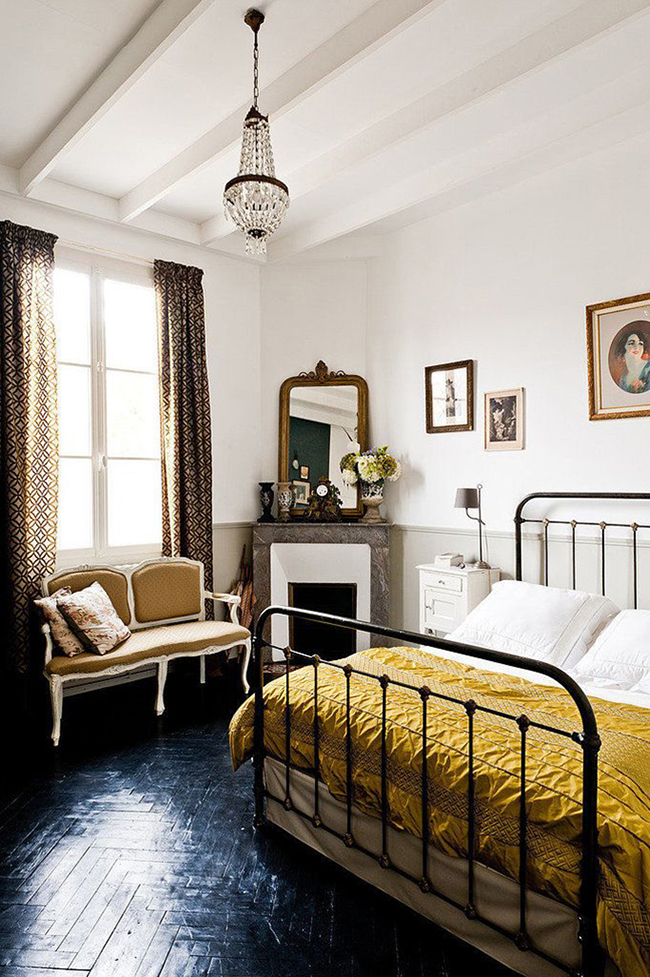 So that’s my roundup of the month of September! These posts are getting quite long and weighty aren’t they? Do you think I should do them bi-weekly instead? Or do you prefer them to be just once a month? I want to keep you guys in the loop of course so let me know in the comments if you think doing these more frequently would be easier!

I’m off to Edinburgh for a long weekend with Wayne for our 7 year anniversary (!!) and I’m SO EXCITED but that also means blogging next week may be a little sketchy! I’m going to try to get three posts done but don’t hold it against me if I don’t manage it! ;) What are you up to this weekend? Talk to me!!