We are so close with finishing the bathroom. Honestly, I know you are probably all sick of me saying that. It just seems that every single little job takes far longer than it should do and so the pace feels glacial – actually, no it IS glacial.

If you are just catching up with Operation Bathroom Remodel, you can read the posts about it here but you’re going to have to go back in the blog posts a way… here was the start of it, when we ripped down the ceiling.  But if you really want to consider the start, we decided the bathroom was going to be done here, a full year ago.  I CAN NOT BELIEVE IT’S TAKEN US THIS LONG.  It’s shocking.

Nevermind.  On to the good stuff. 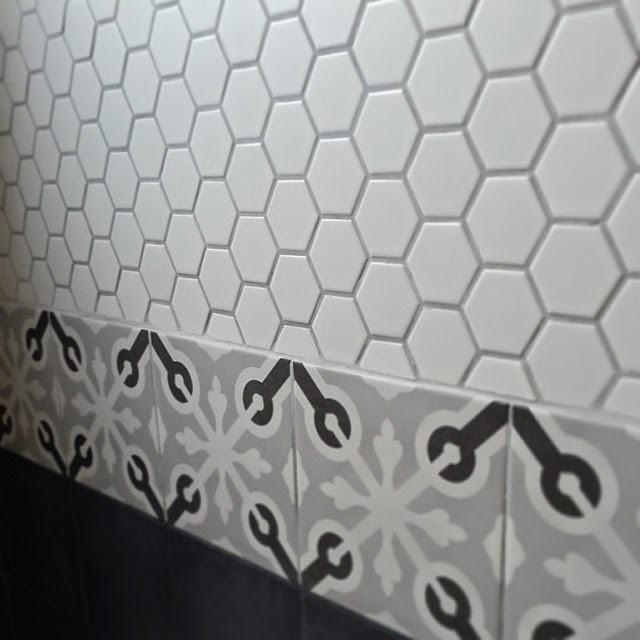 Take for example, the radiator. Painting it has been on the list forever but finally, on Friday, I decided it was going to get done this weekend and so I trotted to my local Homebase (yes, I’m in there so much, they practically know me by name now) to the Dulux counter to have some paint mixed to match the colour of my dark tiles – I wanted it to blend in because it’s not exactly a sexy radiator and we can’t really afford to get something sexy and so this seemed the best option. Well, I took a piece of tile with me to get it matched and when it was mixed up in the pot, they showed it to me. It looked VERY light. I expressed concern.  Mr. Paint Mixing Guy sheepishly agreed it looked a bit too light too but assured me it would dry darker. (Yes, I do know this but it was the palest grey so ya know, that would be a hell of a lot of darkening for it to go nearly black). He assured me but said I could return it if it wasn’t quite right.  I agreed because I was on my lunch hour and in a hurry.  And also because I’m an idiot.

Despite my trepidations, I opened the tin on Saturday to get the job DONE. Well, as expected, the paint was far too light (a medium grey when it should have been a nearly black slate grey) and so now I have to paint it again. Honestly, it’s like this with EVERYTHING. Just nothing quite goes to plan.  So yeah, that’s on the list for next weekend. *facepalm*

In better news, we got the shower rail up, the hooks up, the shelving unit installed (we had to make some adjustments to it to fit!), the light fixture up and painted the door and the skirting boards and it’s starting to look OH SO SEXY. 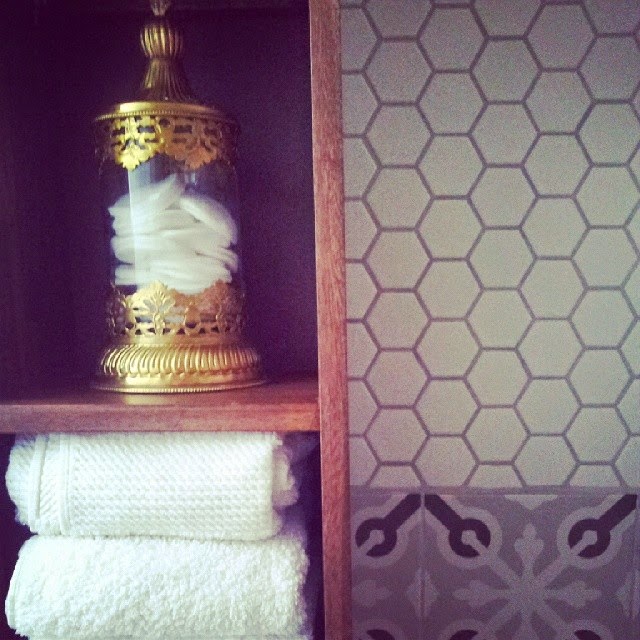 I have been sharing little sneak peeks on Instagram so I thought I’d share them here on Swoon Worthy as well!

The shower rail is still awaiting it’s curtain and we need to replace the silver screws with gold ones…but it’s UP! 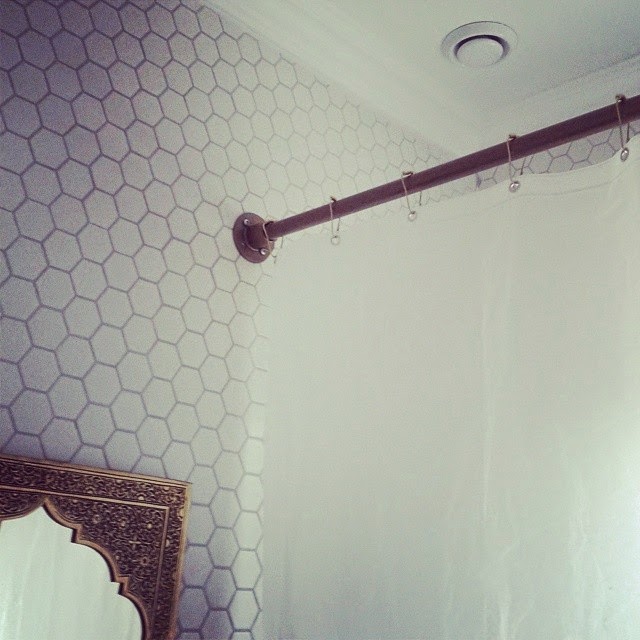 The hooks are looking rather dapper I must say.  I don’t even want to hang anything on them because I just want to look at them in all their naked glory. 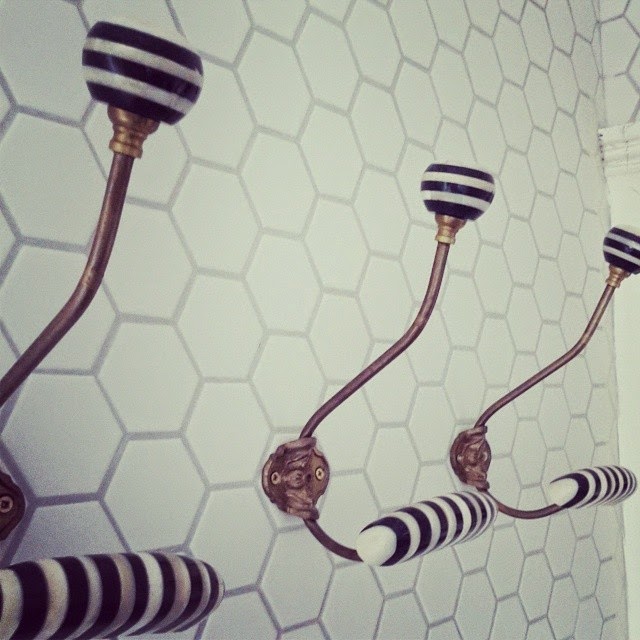 And finallly… check out the light fixture!! Oh my god, this was taken at night and it just casts the most glorious pattern on the walls. IN LOVE. 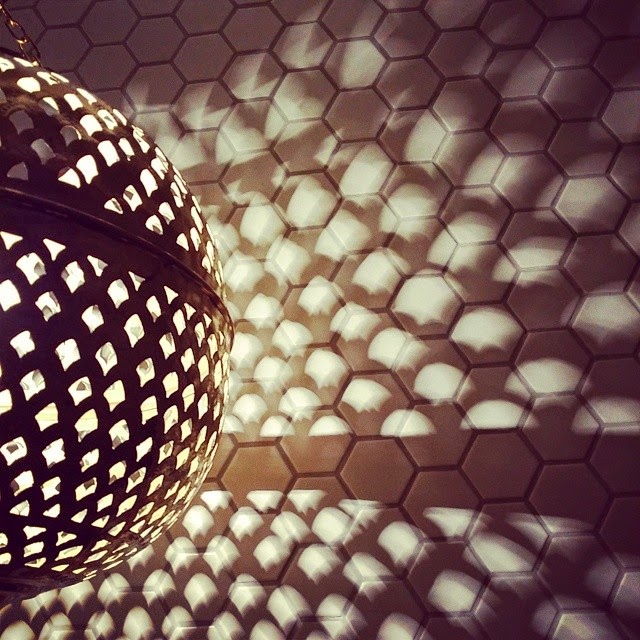 What’s left?  Well, I’m still waiting on a toilet roll holder, I have yet to choose a new door knob and we need to rectify the situation with the window in the bathtub (long story there that’s not terribly interesting, will share another time!).  We also have a small snag list to take care of – just some bits and pieces that need touching up which hopefully won’t take too long (like the gold screws for the shower rail – it’s all in the details!).

We’re very close though now and I absolutely can not WAIT to share the finished bathroom (and all my sources) with you.  I hope these little sneak peeks will allow you to forgive me for the rather ridiculously long wait.