Above the Line: Painting Above the Picture Rail and Other Lessons Learned

I had a bit of a revelation when I painted the bedroom a few weeks ago.  I had actually been questioning it far far longer than that – in fact it went back to September 2011 when I originally painted the back wall of the bedroom black.  I had asked the question of whether I should have painted above the picture rail.

It was long-time favourite blogger and all-around cool no-nonsense Hollie of I’m Busy Procrastinating, who told me YES, I should paint above it.  I knew she was right.  So, like so many other things, it went on my ‘to-do’ list and it was only a few weeks ago when I actually went for it.

Once I did, that was my revelation – why oh why didn’t I do this when I first painted the room?!?!  The ceilings look higher (just like Hollie said) and the room takes on a more elevated look.  So, I just wanted to say THANK YOU to Hollie for not being afraid to just say, ‘Yep, it looks alright but it could have looked better!’

I guess what I’m trying to say here is that I have never claimed to have all the answers and I am the first to admit if I’ve made a bit of a dog’s dinner of something and I do graciously accept advice from the lovely folks that stop by here at Swoon Worthy and continue to read my rambling thoughts – that’s you guys right there. :)

Getting back to revelations, once I painted above the picture rail in the bedroom, I knew I needed to do it in one more room.  The living room. 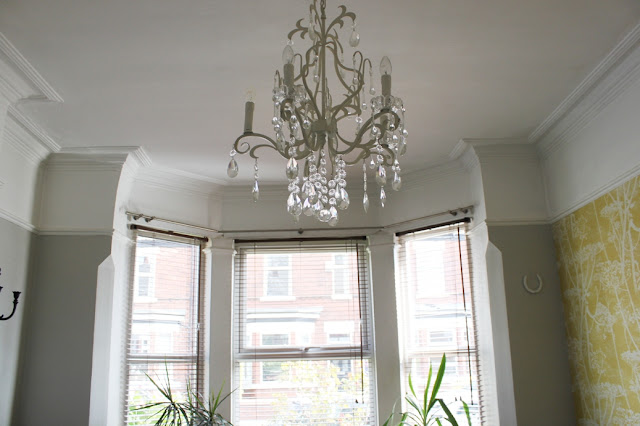 Ya see, when we first moved in, none of the rooms had been painted above the picture rails and I think I just followed that lead – I assumed that was the ‘done thing’.   In the living room, I made even more of a mistake of it.  Not only didn’t I paint above the picture rails but I didn’t paint a whole wall – hard to tell in the pics but in the bay window, I’d left the entire thing white while the rest of the walls were painted grey (or wallpapered, obviously).  Again, I just followed the lead of the previous owners – I think about it now and think how STUPID was that?!

So this past bank holiday weekend, I decided I was getting out the paint brushes again.  And I have to say, I love it.  I honestly have no idea why I didn’t do this the first time! 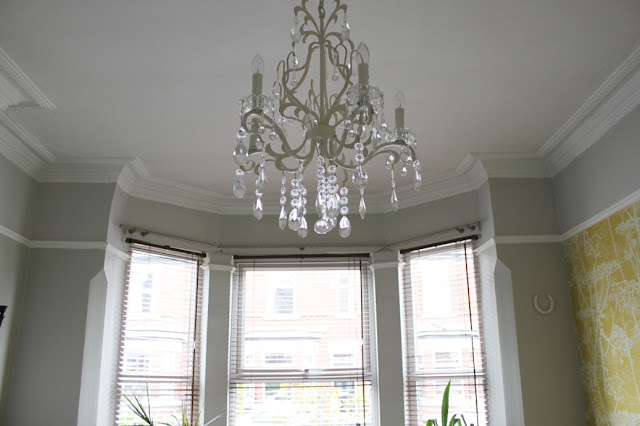 A little more before and after may be necessary here… 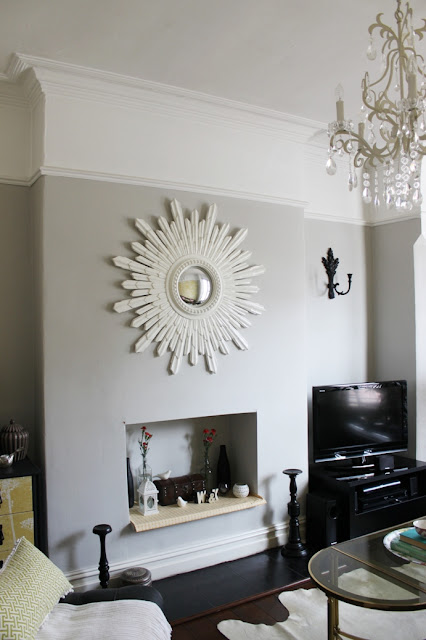 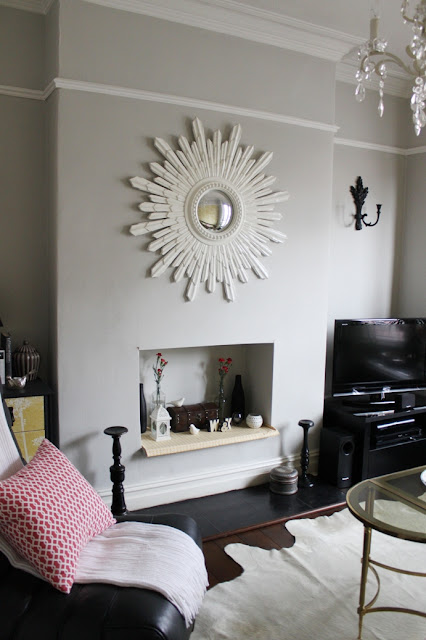 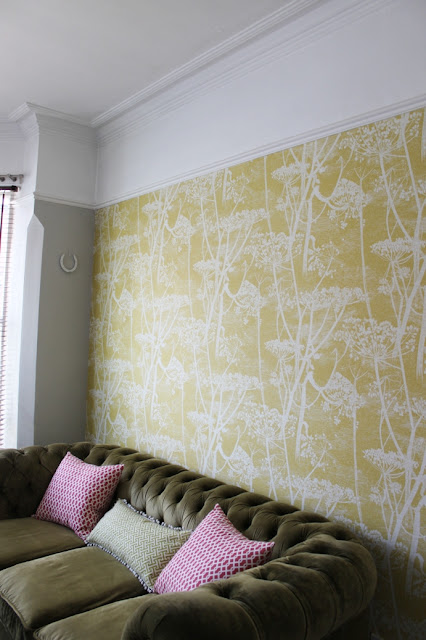 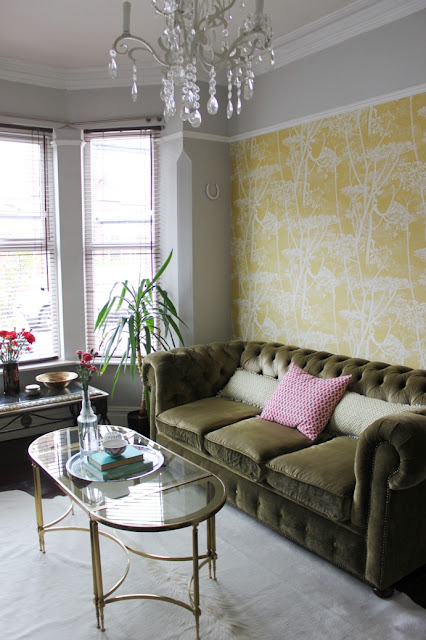 Better no?  I like how it frames the wallpaper with the picture rail left in white but at some point, I may just wallpaper above the picture rail as well as I still have plenty of paper left.  W, however, is the wallpaper-er around here and he was busy damp-proofing his ‘man cave’ – the cellar.  So, another project for another day, perhaps.

One more revelation – when I painted the radiator in the bedroom, I realised how much of a difference it made to having it blend in. It was only after watching Abigail Ahern on her new Channel 4 show that I noticed her painting out the radiators and that reminded me to try it.  For whatever reason, I assumed it would be a big deal to paint them – turns out, because they’d already been painted, I just needed to get a small pot of Dulux Wood & Metal Paint in my chosen shade and slap that stuff on.  2 COATS.  THAT’S IT.  (If it was bare metal, I would have needed to do a coat of metal primer first but still not much of a big deal.)

Needless to say, the living room got the treatment (as well as one other room which I’ll be sharing soon).  I know it’s hard to tell in the pics but that sucker used to be bright shocking white.  So much better now. 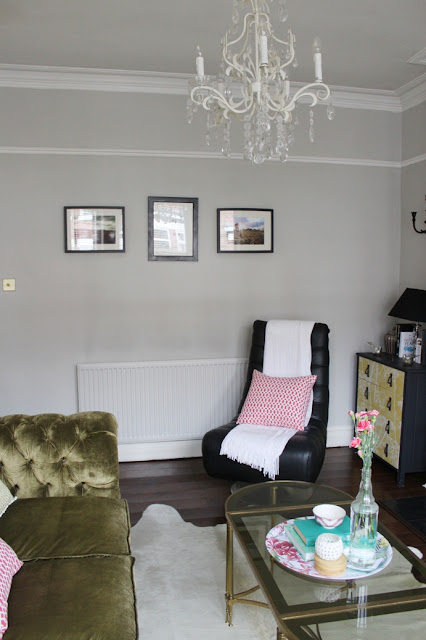 So there ya go.  As they say here in the UK, ‘Every day’s a school day.’  It most certainly is.  And just goes to show how much I still have to learn!  Is it sad that learning these things excites me no end?!

What do you think of the change?  Have you ever made a small change in a room that you realised you should have known all along?   Any major revelations you might want to share?  If so, I’d love to hear it and possibly save myself learning it the hard way! ;)

Want to see some updated pics of the living room? You can see my most recent posts here.