So, last I updated you on the kitchen, we had finally, after weeks and weeks of indecision, got the open shelving up.  But as I told you in that same post, it was far from complete.

If you are new here (and if you are, why hello there you sexy thang! Thank you for joining me!), you can read about my kitchen design influences here, discovering the hidden ceiling here, tearing it down here, putting up the plasterboard and pendants here, plastering here, putting in the cooker hood, the backsplash and the tiling here and finally, putting up the open shelving here.)

My vision was to build up the open ‘closed’ shelving (as I like to call it) up to the ceiling and then install the cornicing (or crown molding as it’s called across the pond) around the whole of the room.

The work was straightforward.  We purchased the cornice from B&Q.  It’s actually crazy inexpensive (a nice surprise) as we realised we can do an entire room for only around £32 using a ‘room’ pack which included most of the corners along with the longer lengths.  Of course, we still had to purchase things like the adhesive and the decorative trim but it didn’t cost anywhere near as much as I thought it would. 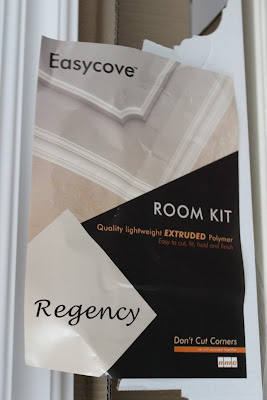 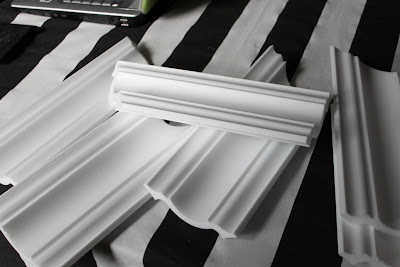 We did the cornicing and the build up of the open shelving units in tandum as parts of the room got cornicing while the bits for the build up dried in stages. 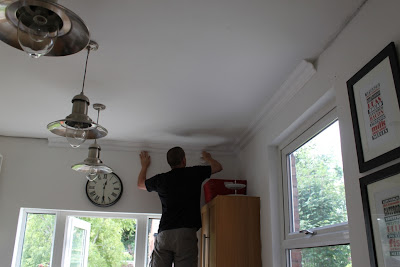 We started by using some little blocks of wood we had lying around to create the frame that the MDF board would sit against. 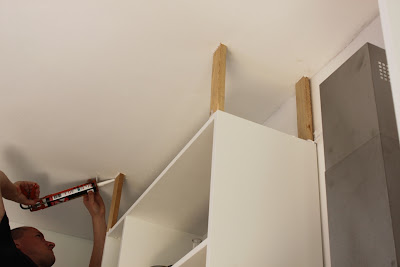 Here’s what it looked like when all the blocks were in place. 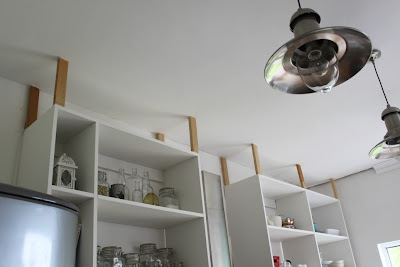 Once these were dry and stable, thin MDF was glued against the blocks. 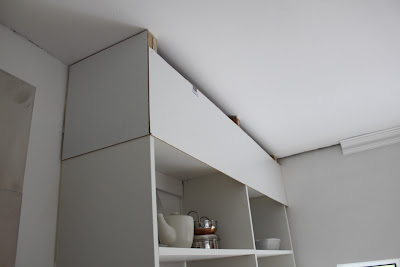 And then, once these were dry, the corncing went around it all to give it a built in look.  W would assure you he had a great time matching up all the corners and cutting around the awkward angles and uneven walls *cough*.  He did do a sterling job though, I can’t help being proud of his mad skillz as the kids would say. (What do you mean they don’t say that?) 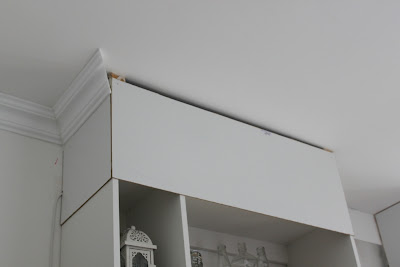 We also added thin decorative molding around the MDF to give it a bit of a chunkier look.  Here’s what it looked like at this stage.  It was taped up to keep it all in place whilst it all dried. 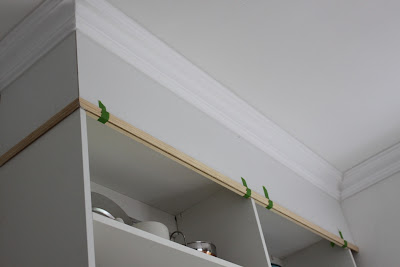 As there was a gap between the shelving and the wall at the far end, we installed a bit of wood in between the wall and the shelving unit.  I didn’t get any pics of it before it was painted unfortunately, but this is what the gap looked like before (along with the big gap at the ceiling which was covered by the cornice).

So here’s what it looks like now that it’s been all painted and filled.  Looks built in now, doesn’t it? 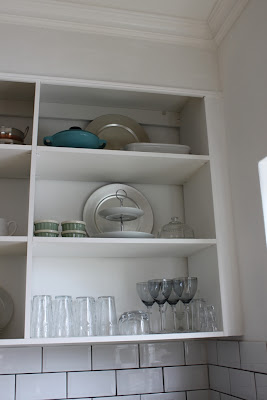 We also repaired a bit of a hole we’ve been living with now since the ceiling was taken down in the far corner of the kitchen.

Anywhere, let’s do a bit of proper before and after cuz I know you crazy kids like that. 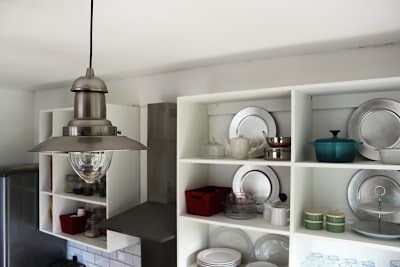 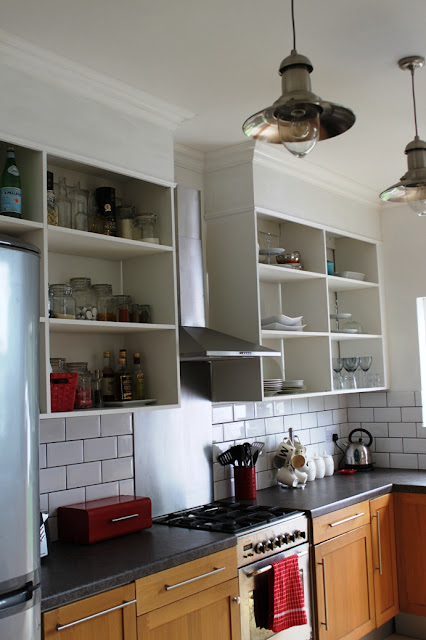 Bit of an improvement, no? 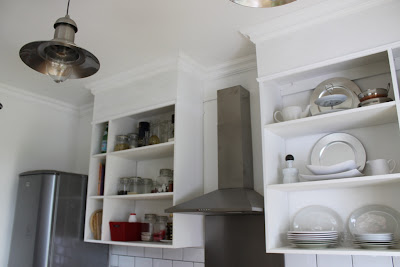 I still want to wallpaper the backs of the units but I’ll probably wait a bit on that project as I haven’t yet found exactly what I want. 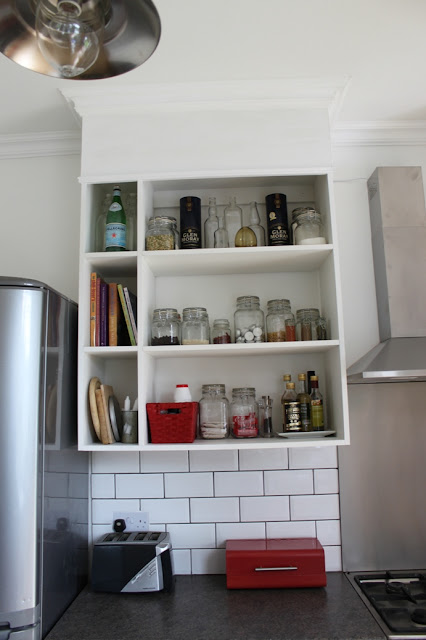 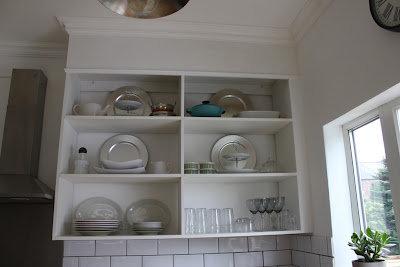 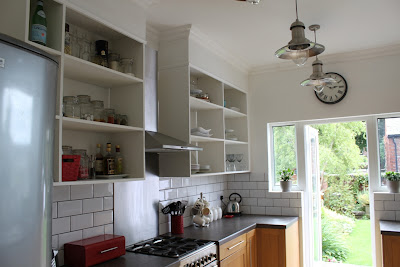 I really think it adds so much now to the kitchen and I’m really pleased how it came out. You can see in a couple of the pics that the paint wasn’t even fully dry when I whipped out the camera and the shelving hasn’t been painted yet (only primed) but I had to share regardless.  (There’s my impatience again!  It’s a sickness, I tell ya.)

The countertops.  It’s a project that’ll probably take us a good few weeks’ to complete as we’re going to be getting wood countertops and staining them and sealing them so there’s a lot of work (and a good chunk of our budget) that’ll go into this.

Also, we’re hoping to get the cupboards painted soon and then we can finally replace the old hardware.

Speaking of budget, so far we’ve spent less than a thousand pounds on the entire makeover.  And I do mean that includes EVERYTHING from tile spacers to paint.  Considering the average renovation costs of a kitchen in the UK is anywhere from £7,000 to £15,000, we’re not doing too bad so far.

I’ll be sure to share the progress here at Swoon Worthy the whole way through so stay tuned for more.  Or, why not make it even easier and follow me by clicking on one of those fetching buttons on my sidebar?  I spoil you, I do.

Also?  I’m having a party this weekend.  Dear god, how do you people create such fabulous looking parties without blood sweat and tears?  Oh and add to that, TIME and MONEY?  I’ve been trying to DIY a few things and so I’ll be sharing that with you soon too.  W thinks I’m bonkers of course, because he says no one will really appreciate my efforts but well, that’s what you lot are for right? :)

So as you can see, it’s all been going on here at Swoon Worthy!  What have you been up to?  What do you think of the cornicing?  Do tell in the comments.  (Seriously I do love me some commenting – don’t be shy, I promise I don’t bite.  Ok, maybe just a wee nibble.) 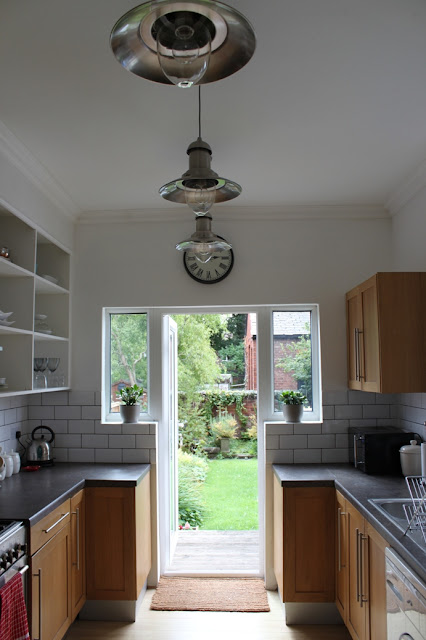 I’ve shared this on