It is no secret that I love good animal print. Leopard has been one of my favourite patterns for years and years and I’ve used it repeatedly in my own home. As someone who’s loved it for a long time, I probably have a bit of ‘confirmation bias‘ but one thing I’ve noticed is that pretty much every single year, we’re told it’s suddenly ‘on trend’. 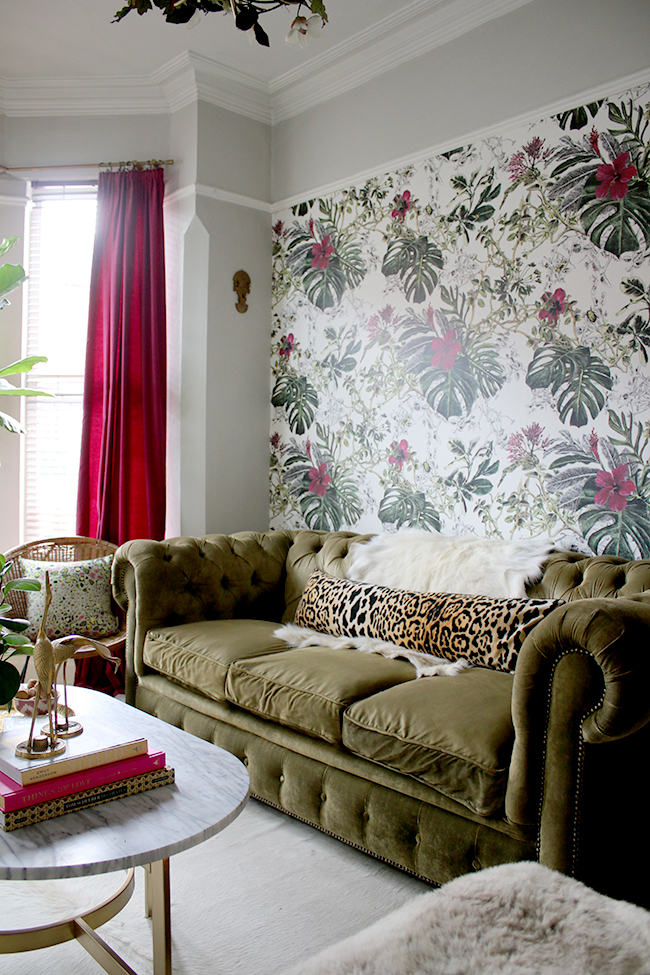 Well, as someone who takes a great deal of interest in passing trends, I can let you in on a secret: it’s always on trend. Yes, every single damn year, someone somewhere is saying how big animal prints are to the point where I now find it kind of laughable. 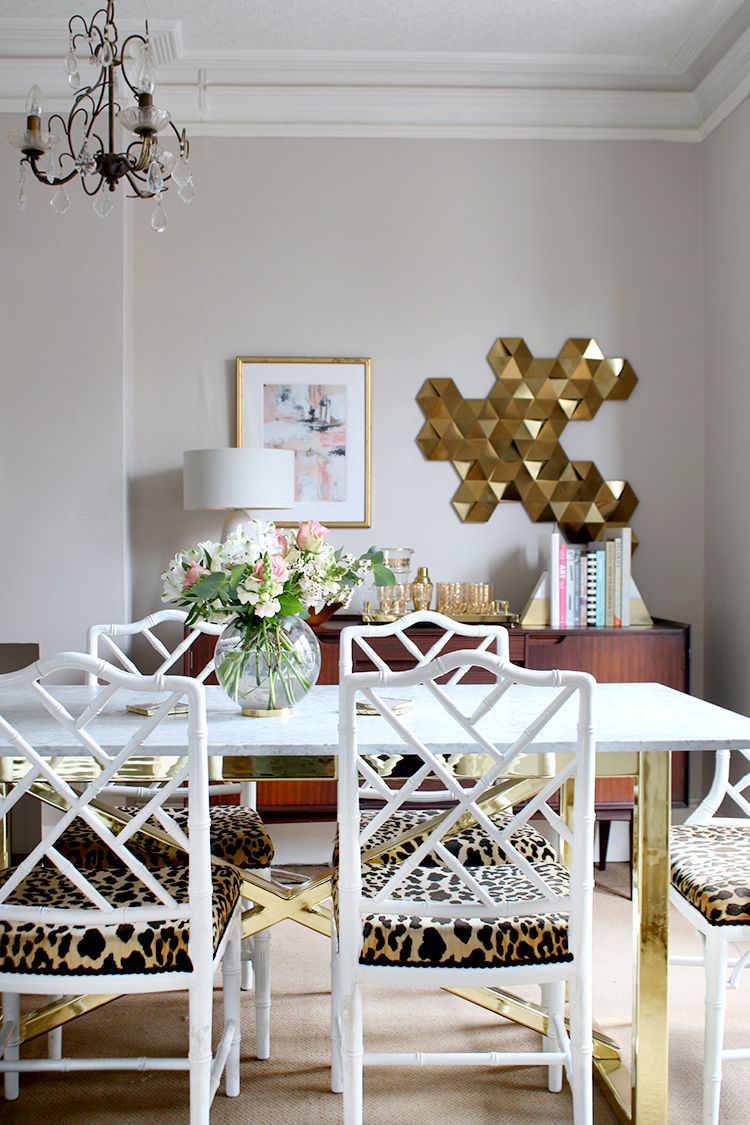 It’s kind of like saying, ‘floral prints’ are big this Spring/Summer. Because guess what? Floral prints are always big every single year. Oh sure, the colours change and the prints change slightly but will there ever be a year when some kind of floral isn’t on trend? Nope. And it’s the same for animal prints.

The last year or so, however, animal prints have somehow reached ‘mega trend’ status. Like so many things, it started on the catwalks and then trickled down to homewares. I do wonder if we have a certain satin midi skirt in leopard that last year was on every single Instagram influencer’s body to credit for the initial attention animal prints were getting but now, it’s simply everywhere. 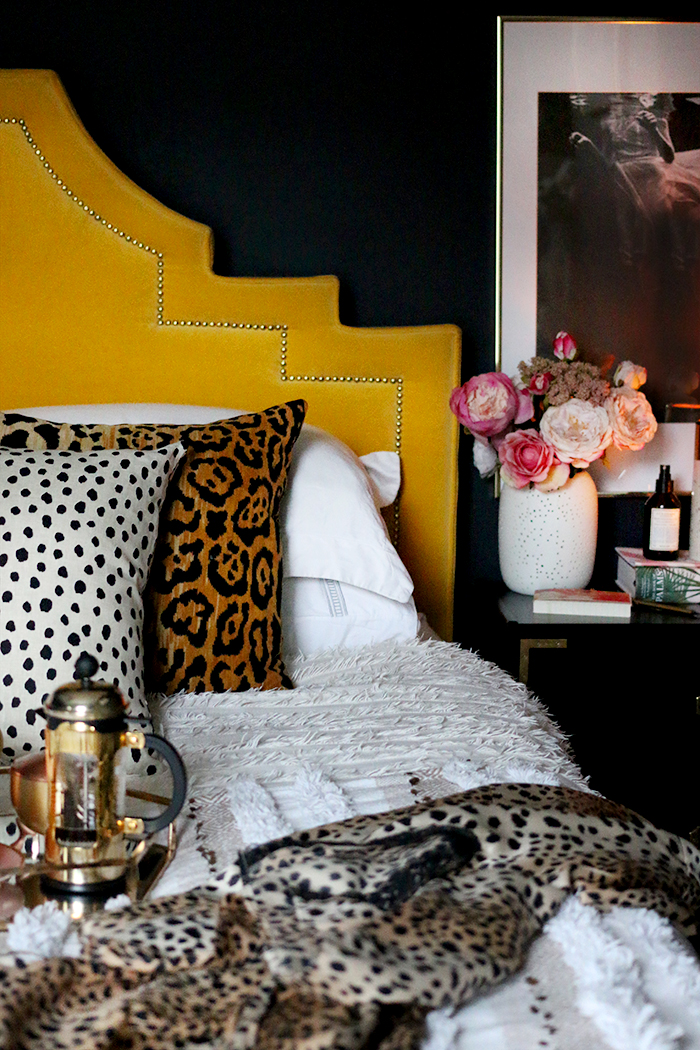 The funny thing is – again, going back to my point of how animal prints actually almost never go out of fashion – I’ve always had pieces in my wardrobe that were leopard print. In fact, I have a little jacket in leopard print that’s more than 20 years old in my wardrobe and ya know what? I’ve never really stopped wearing it. It’s a classic cut, a warm neutral print that goes with everything and every time I wear it out, I get compliments on it. It’s simply never gone completely ‘out’ of fashion. 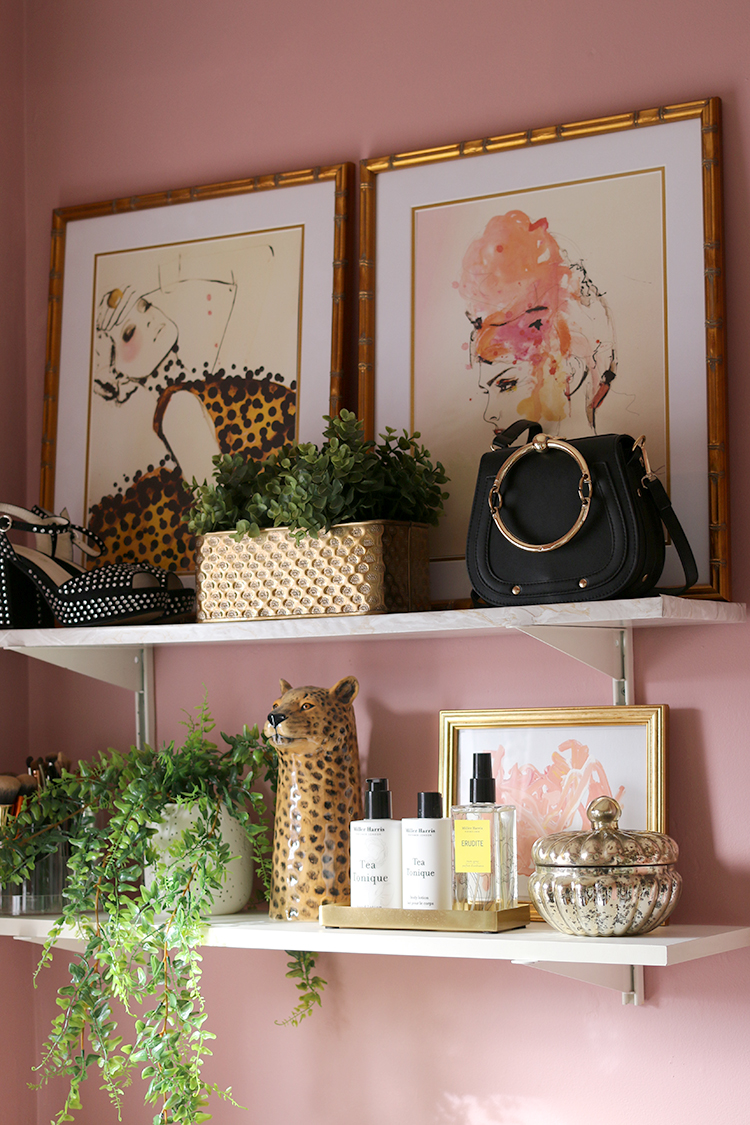 And this is the main crux of my point: Do you know why animal prints are always ‘on trend’? Because they are first, a classic and second, a neutral. Yes, Jemma Lyons was right when she said, ‘As far as I’m concerned, leopard print is a neutral.’ She wasn’t wrong. It goes with pretty much everything. 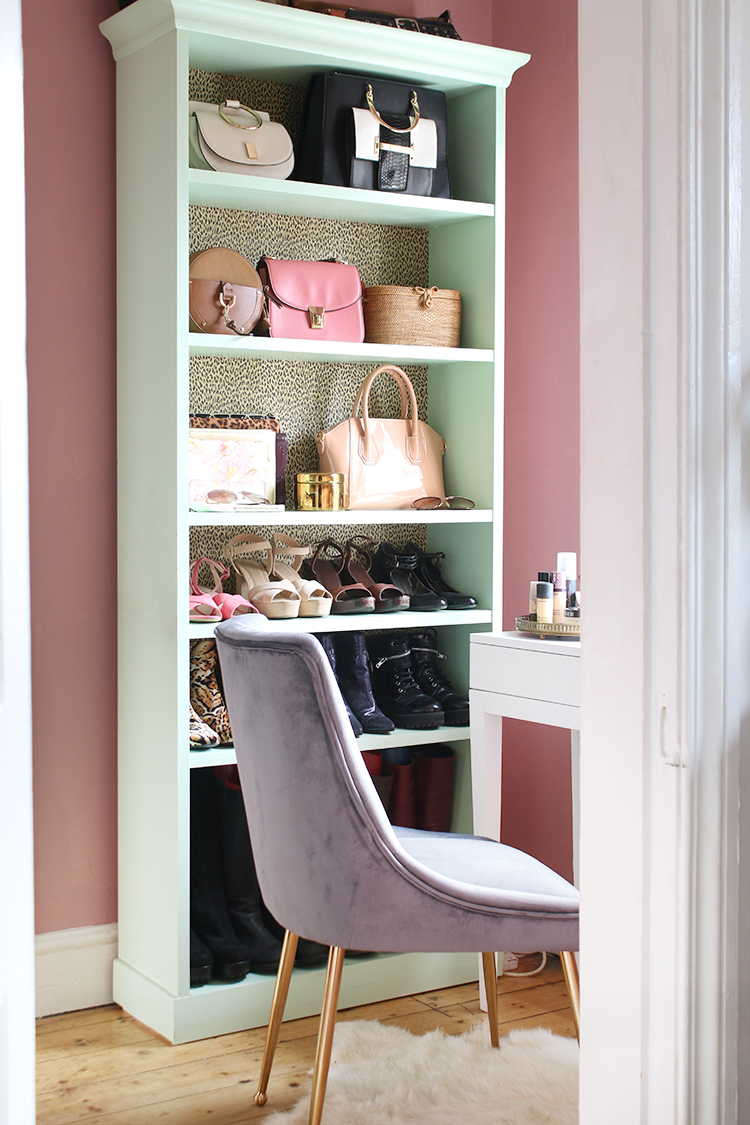 And then, in a separate post, I talked about how to introduce leopard print in your home, essentially warning to bring it in as an accompaniment to your design rather than the main feature. In that post I said, “It’s like overdoing it on the spice when you are cooking – just enough and it brings all the other flavours to the fore – too much and it will overpower the entire dish, making it inedible. Or in the case of design, making it just look a mess. Balance is key.” 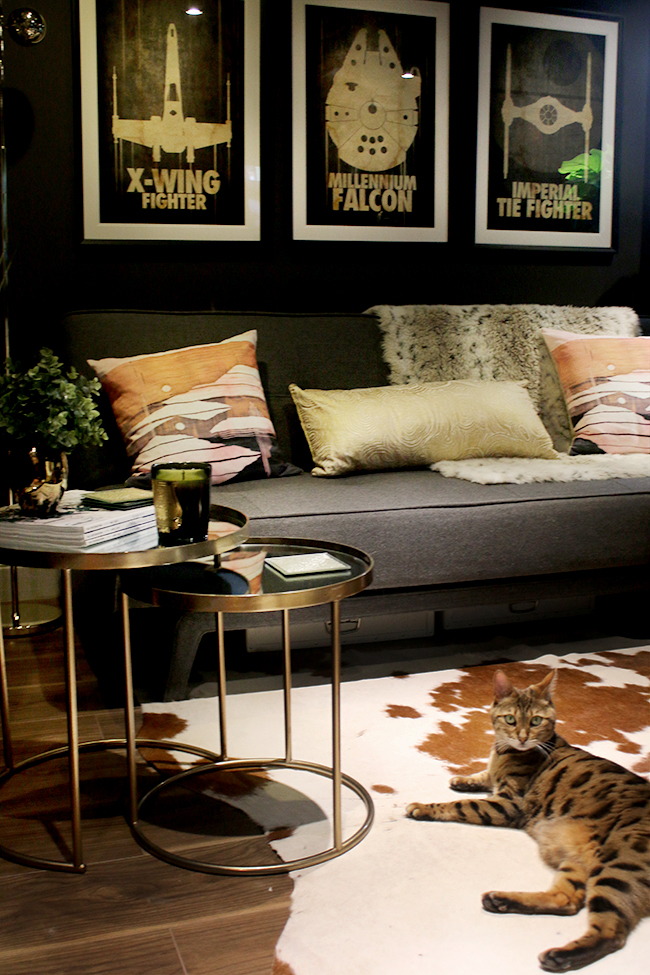 In this post, however, I wanted to point something out. Unlike leopard print, which always seems to find a place somewhere on trend lists, other animal prints are also big news this year. I’ve seen a huge rise in snakeskin print for instance (in fact I just bought myself this dress and I’m quite madly in love with it) and I’ve seen a few others coming up the ranks too – from zebra to cheetah and even dalmatian prints (another one I’ve always gravitated towards). These haven’t been quite as popular over the years but they are certainly big news now. 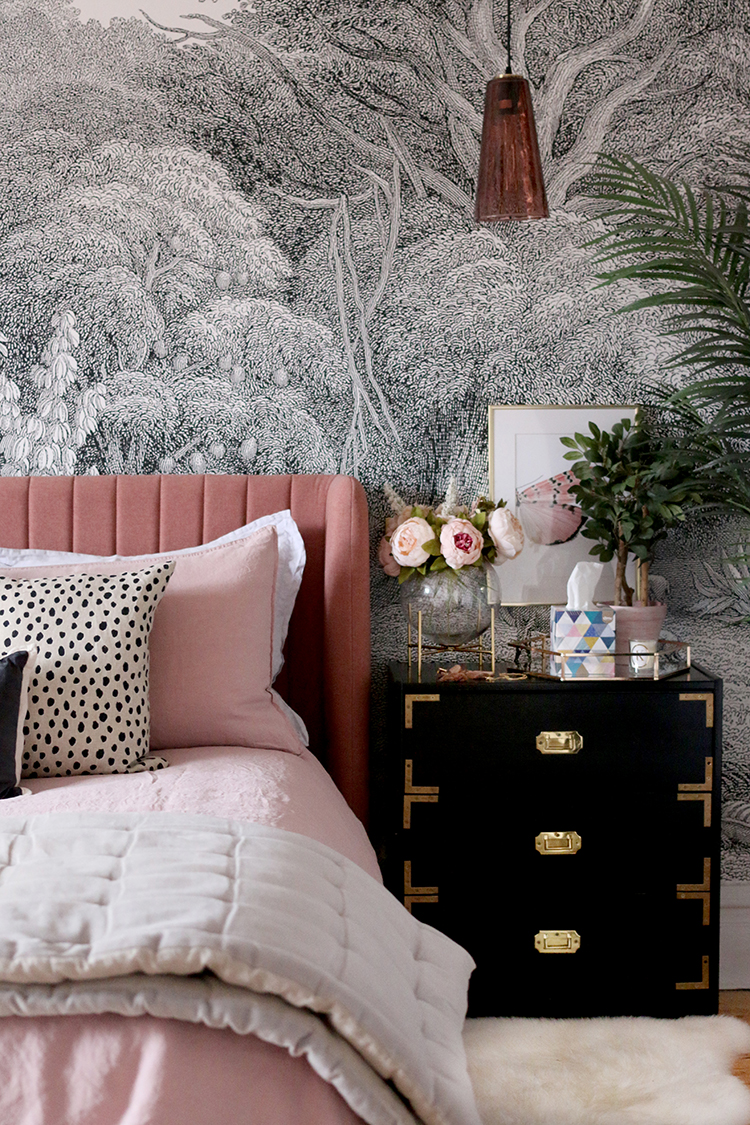 As with any trend, I’d only recommend investing in it if it’s something you already kind of love. The truth is, because it’s such a mega trend in fashion, you’ll have a lot more choices as homeware retailers start taking notice and offering more options in their own stocks. I talked more about how trends work in this post but don’t worry if you don’t end up scooping up lots of these prints this time around – they are probably coming back in one form or another next year and the year after that and the year after that… ;)

However, if you did fancy bringing in a little animal magnetism into your home this year, I’ve gathered up a few of my current favourites for you below. 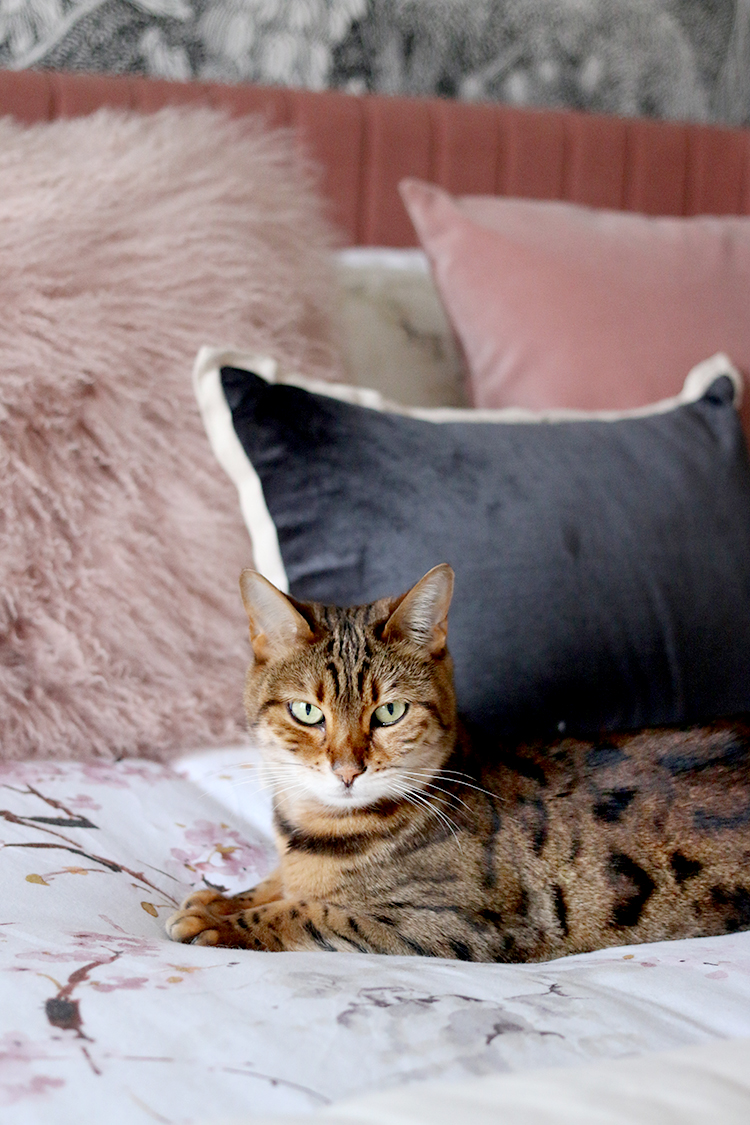 My best advice for adding a little leopard print to your home? Just get a Bengal. She goes with everything! Ha! So now, it’s your turn. Are you a fan of animal prints in your home? If not, have you considered adding a touch of it as it’s such a big trend right now? Or perhaps you’re of the mindset (like me) that’s it’s not really a trend at all but something that’s now a classic? Let me know in the comments!