I did say quite a while back that I wanted to start sharing some of my healthier recipes here on Swoon Worthy, uploaded two recipes (here and here) and then never did it again. Whoops. Food blogging, as it turns out, is actually more difficult than I realised. I mean, I’ve worked with food bloggers in the past when I was the editor for AO’s blog and I’m friends with a few too so I know full well how hard they work. But the logistics of creating a recipe, making it, shooting it and then subsequently (and this is the important bit) being able to eat it while it’s still hot, is the hard part. 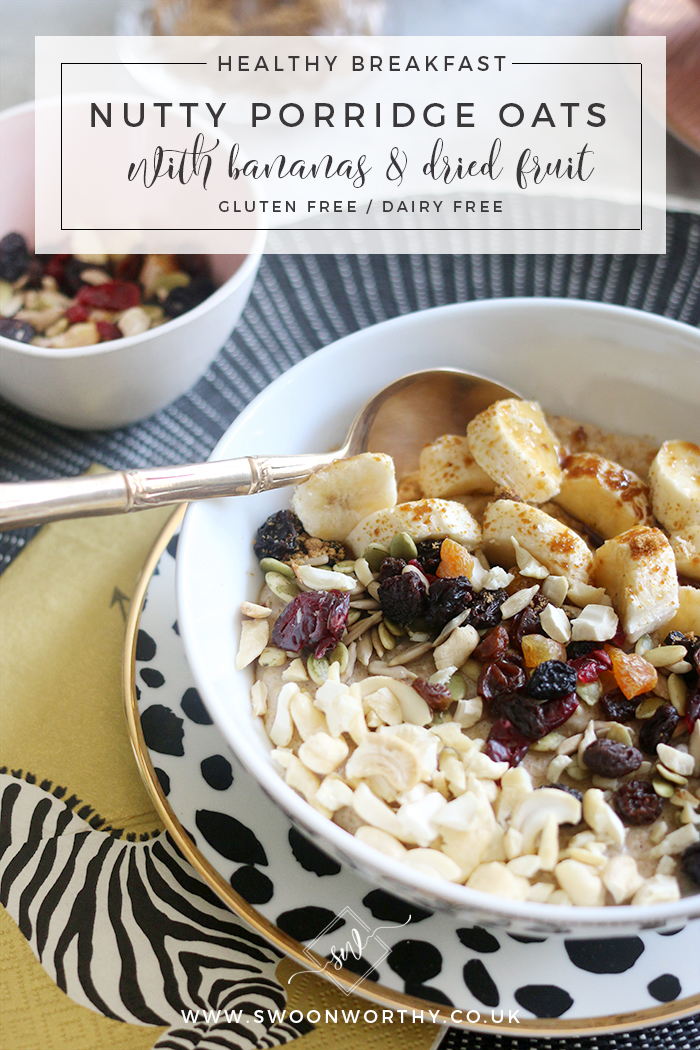 And so I have found it’s nearly impossible to make something and then set up the shoot while Wayne taps his fingers and vocalises quite frequently that we need to eat it because it’s gonna get cold. I also tend to make my more adventurous recipes in the evening which means, during most of the year, there’s not a heck of a lot of good, natural light for shooting images. I imagine, in food bloggers’ homes anyway, there’s a hell of a lot of making-during-the-best-of-the-daylight-hours and then subsequently re-heating-when-you-are-going-to-actually-eat-it going on. I need to plan better, quite clearly. 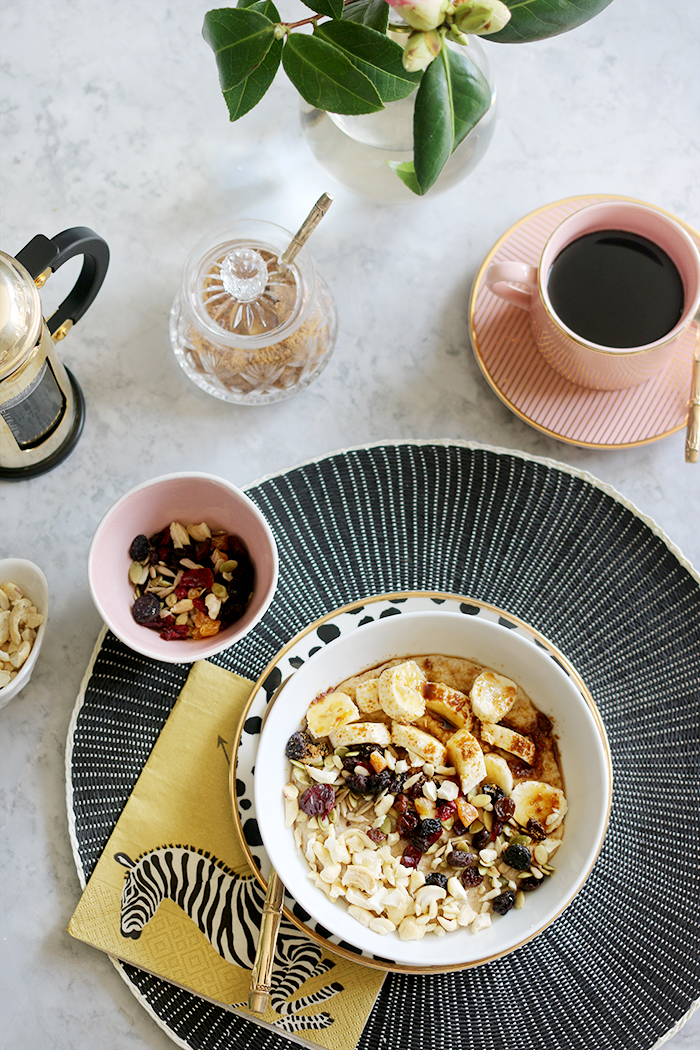 But breakfast – well, that’s something I normally make for myself and Wayne sorts himself out so I don’t need to worry about him tapping his fingers while I swap the lenses on my camera or adjust a cup of coffee just so. As it goes, this is a breakfast recipe I make a lot. Like at least 4 times a week a lot. That’s how much I enjoy it and so I figured it’s an easy one to share. I even got to eat it whilst it was still pretty hot. So that’s a plus. 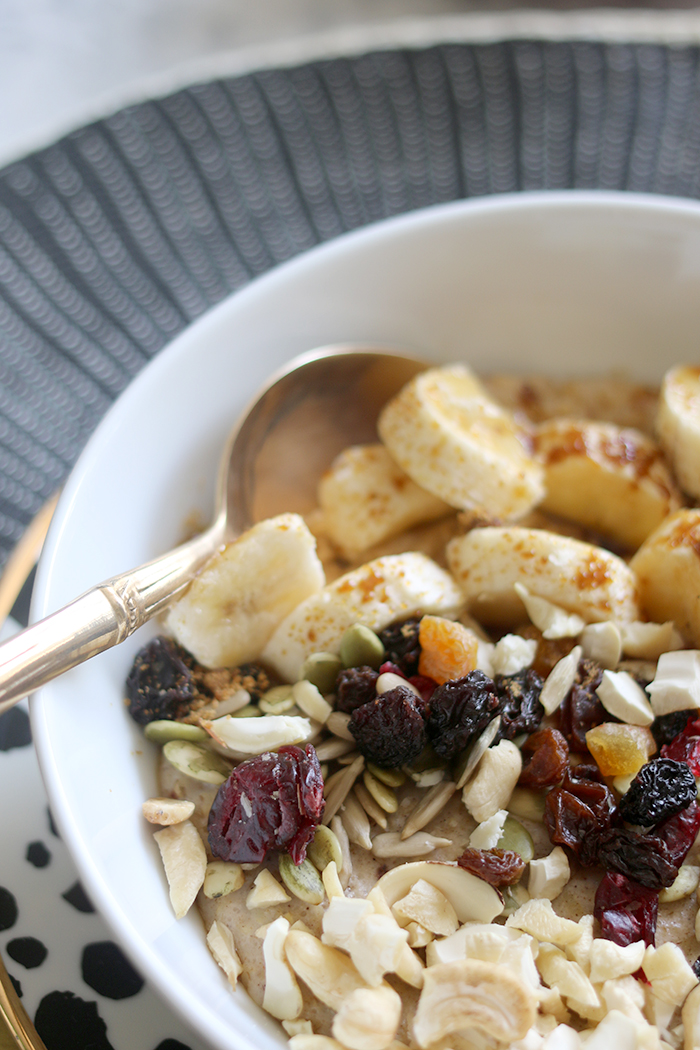 I try to use as many healthier ingredients and alternatives as I can in nearly all of my cooking so you’ll see here I use almond milk, coconut sugar and gluten-free whole rolled oats. So it’s dairy free and naturally gluten-free too. But I also tend to just pick up a pack of trail mix for mine which isn’t necessarily the healthiest way to do it! You can certainly make yours healthier by creating your own trail mix with the ingredients below, of course. As always, if you have any specific dietary requirements, do check all your labels! 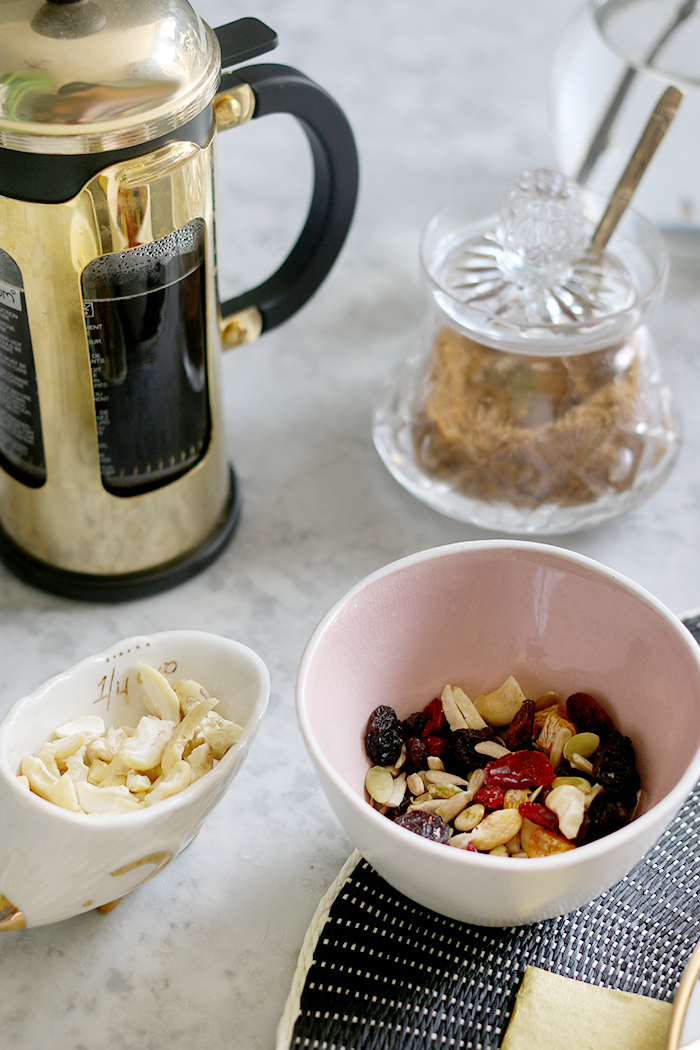 I’ve linked to the products I’ve used but there are plenty of other options out there!

And here’s how it’s done: 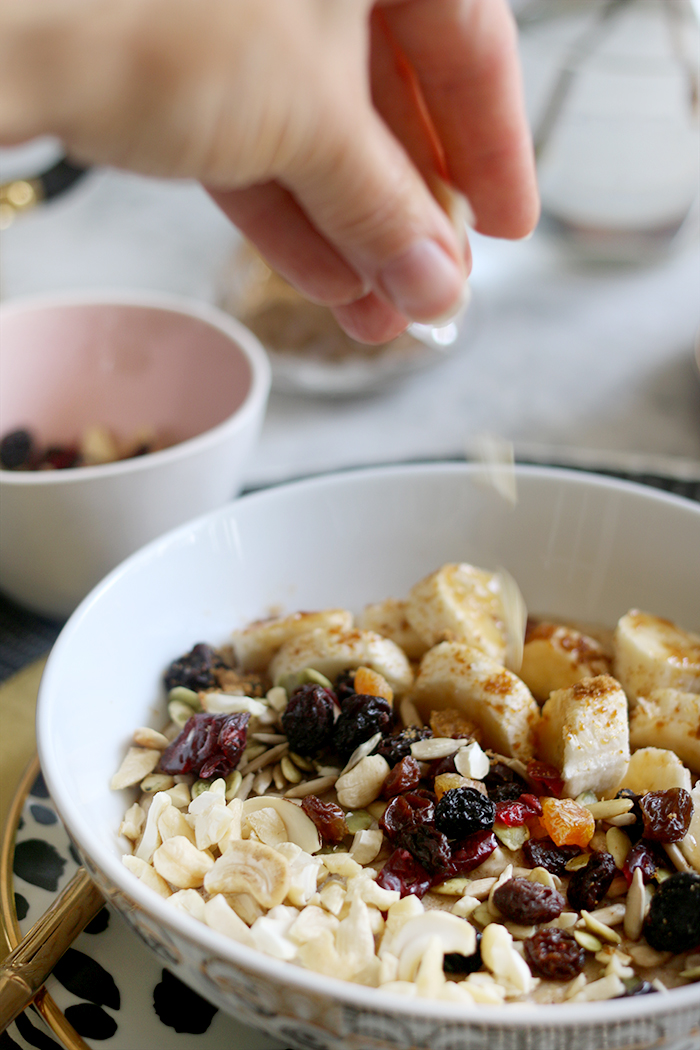 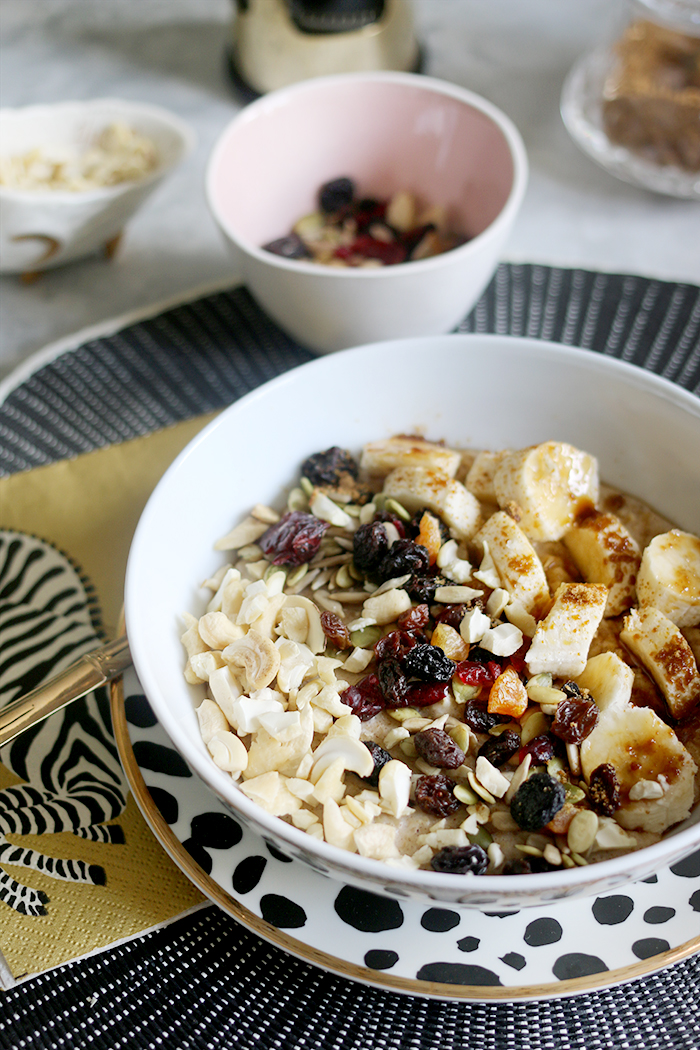 And that’s it! It literally takes me less than 10 minutes to make this. Creamy and crunchy with a hint of sweetness, this will keep me going for hours and contains lots of healthy goodness and slow-release energy so I don’t end up snacking throughout the day. It’s perfect if I know that I have a busy day ahead and won’t have the option to get a proper lunch in me. Now it’s your turn: Is this a recipe you’d try? What do you like topping or mixing into your porridge? I’m always looking for new concoctions so do share in the comments below! Or.. if you are a food blogger, how do you get around food going cold when you do a shoot?