I opened up a few months’ back on an Instagram post about our own struggles with infertility but after a conversation with a fellow sufferer and reading about the media’s wholly unrealistic coverage of later life pregnancies, I realised it’s something I’ve never broached on the blog. And so I decided that it’s time that I talk about it. It’s a subject that’s close to my heart because it’s something we have dealt with ourselves and many women are dealing with it – so why aren’t we talking about it more? 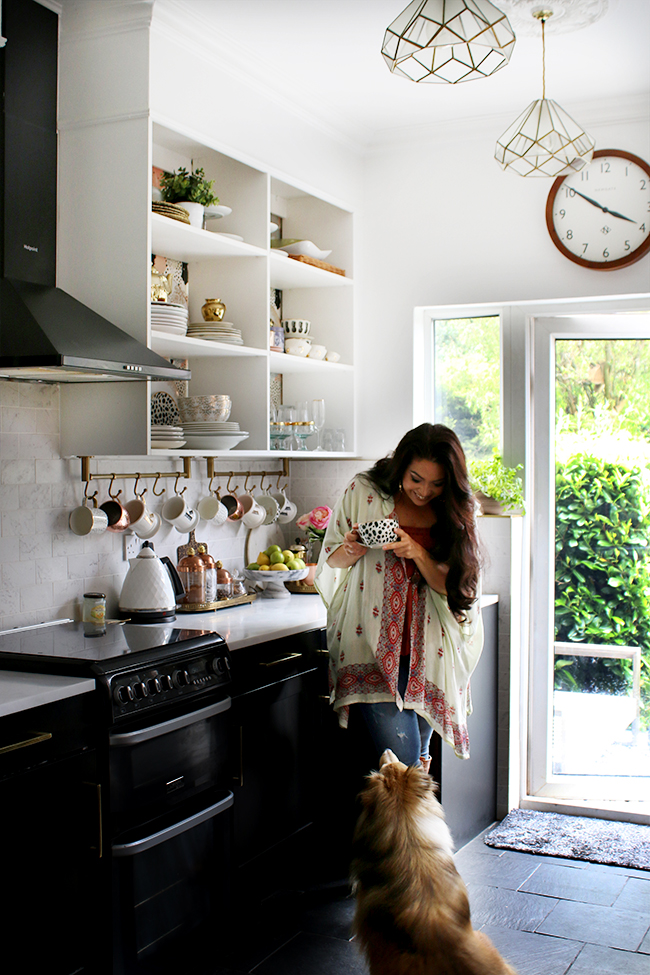 According to The Human Fertilisation & Embryology Authority (HFEA) in 2014, 52,288 women had a total of 67,708 cycles of IVF. It’s now widely accepted that these procedures are performed as frequently as other well-known procedures, such as having tonsils removed. And yet how often do we hear them speak? ~ The Pool

The thing is, women are often presented as having one mission in life – to bear children and to raise a family. Which we all know is ridiculous of course. However, growing up as a child in the 70’s and a teen in the 80’s, I felt a bit strange, the odd one out, because I didn’t really see myself having kids. I had a pretty full-on crazy life in my 20s and despite a consistent string of relationships, there was never anyone who I felt I wanted to have kids with. Plus, I was enjoying my independence, picking up and moving where I wanted to when I wanted (I moved a total of 20 times over a 20 year time period!). I knew there was no way a baby could fit into my lifestyle.

So I did what any ‘modern woman’ in the 90’s and early 00’s would do. I concentrated on my career and put off the whole idea of having children – for years. When I was in a long-term relationship, I would get well-meaning friends asking when we were going to start a family. I’d always answer, ‘I’d never say never but just not now’. The truth was, I actually just didn’t want them at the time and I certainly couldn’t see myself having them with whomever I was with (red flag of course). It’s not that I didn’t like kids – plenty of my friends had them and they were fun for, like, half an hour – but after that, I was happy to say goodbye and let the parents do all the dirty work. I simply wasn’t interested in leading “that sort of life.”

Fast forward to my mid-30s and I met Wayne. He was different to every other guy I’d ever dated in the past. Admittedly, I had been attracted to men who were slightly unstable in the past (I must have had some weird thought in my head of ‘saving them’ or whatever but that’s a whole other subject) and so having children was just not something I saw myself doing. But Wayne was emotionally stable and kind and honest and he had his shit together. Over time, our life and our lives intertwined effortlessly. We were very different (still are!) but somehow, it all just worked, it felt totally right. We balanced each other out beautifully. Then one day, aged 38, after we’d had a bit of an ‘accident’ with contraception, I realised my period was late.

In the past, an accident like that would have seen me heading straight to the pharmacist for a morning-after pill but something about this was different. I began to wonder, ‘what if…’ and kept putting off the visit. We weren’t really in a great position to have children but who ever is? We were both 38, I knew it was a sort of ‘now or never’ situation and so I left it. I began to fantasise about having a baby – something I’d never done in the past. I realised it would be a complete upheaval but we would get by, we would be fine. We’d welcome a child into our lives and things would change forever. For once, I wasn’t scared off by the prospect. I realised, for once in my life, that I was actually ready.

I was around 10 days late when I finally decided to take the pregnancy test. By that point, I was so worked up, so sure I was pregnant, so sure this was going to be the biggest, most life-altering thing I’d ever done. I was excited and I was terrified. When the test came up negative, I walked out of the bathroom to Wayne who was waiting for the results with as much anticipation as I was. He saw my fallen face and scooped me up as I sobbed. I got my period the next day.

We talked after that and cried together as we realised it was time. We wanted to keep trying. We wanted a child and we were actually going to do this. What was originally an ‘accident’ turned into a concerted effort to get pregnant. And yet, month after frustrating month, my period came. After around 8 months of trying, I spoke to my doctor about it and she said once it was a year or so, to come in and they’ll run some tests.

But a year of going through disappointment, crestfallen at seeing the blood month after month, I had started to detach myself from the idea. There was some self-preservation going on there, I know. I simply couldn’t handle the fact that I couldn’t get pregnant when everyone around me seemed to be making birth announcements. What was wrong with us? I had friends who got pregnant the first time they tried. And here we were, month after month, and just nothing. I felt like time was running out so quickly. We decided to keep trying until I turned 40. I didn’t return for the tests. I didn’t want to know.

Now because your fertility starts to really drop after the age of 35, the NHS will not pay for infertility treatment (IVF) after 40 as it so often doesn’t work (something else people don’t seem to talk about) and so once I hit and surpassed this age, we realised it probably wasn’t going to happen for us. By this point, I had been going for medical tests due to some very painful periods. I had been hospitalised in the past with ovarian cysts and fibroids. I started reading up on infertility and realised that endometriosis may be the reason I was struggling to get pregnant as it could cause infertility in some women.

I found out last year after numerous tests and an MRI that the suspected endometriosis was finally diagnosed as adenomyosis (where the inner lining of the uterus (the endometrium) breaks through the muscle wall of the uterus (the myometrium) and these cells grow in the walls of the uterus). At this time, there is still uncertainty as to whether this condition, in itself, causes infertility but there are studies that show adenomyosis may double the risk of miscarriage. So even if I had, by some miracle, gotten pregnant, there was no way to know whether it would have been successful or not. 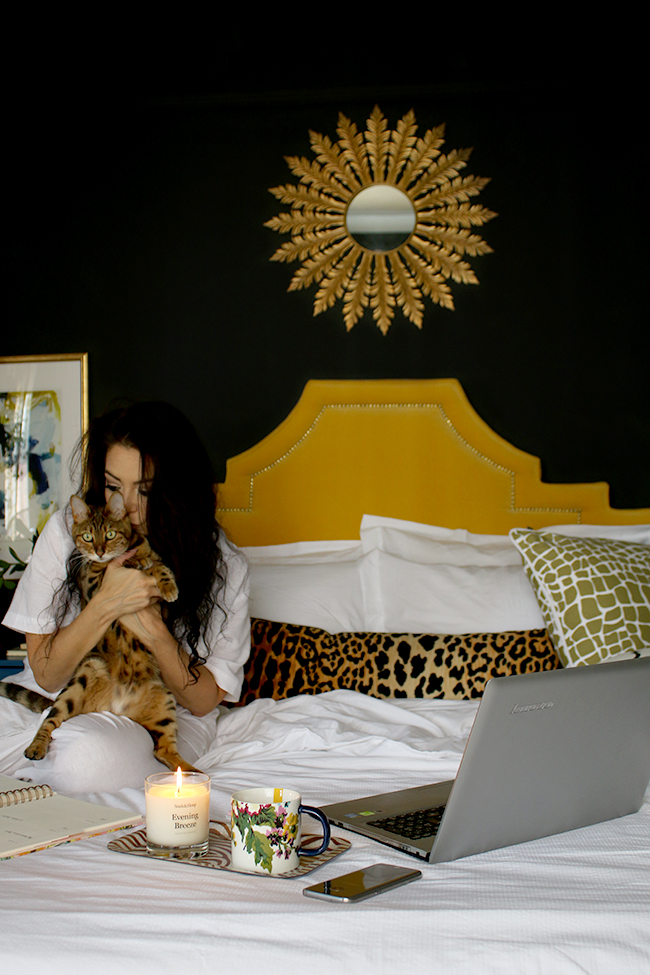 Six years after deciding we wanted to start a family and 3 years after realising we probably never will, we have come to terms with it. We’ve dealt with the heartbreak and sorrow and we’ve decided we shall simply have a different kind of life and that’s okay. We have our fur babies whom we love dearly and who bring us so much joy. We remind ourselves of how lucky we are every single day for so many different reasons. My friends continue to get pregnant, I continue to see rolling pregnancy, birth and birthday announcements and the babies and children of friends on my social media feeds. I’m okay with it now.

But I think that the stigma surrounding infertility and the idea that somehow this makes you less of a woman has got to stop. We have to let go of the idea that pursuing IVF treatment is in any way a ‘failure’ or that the people going through it have to be silent about it. We have to acknowledge that IVF isn’t even always successful. We have to stop seeing women as ‘baby factories’ or ‘mums’ and nothing else as though they aren’t complete unless they have children. We have to respect those who decided to have families and those who decided not to. We must be sensitive to those who may struggle to get pregnant or who may want to but find themselves in circumstances where they can’t. And we need to allow women to be and do whatever they choose and acknowledge with respect that their choices may not be the same as our own.

My own experience – from not wanting children at all to wanting them and realising I couldn’t have them to coming to terms with it all – has been a long one. I don’t know where you are on your own journey but perhaps the more we hear of women’s struggles, the more normal it becomes. There are so many women out there struggling but staying silent. I hope my story inspires you in some way to talk to those you wish to and to never feel ashamed. You have never been less and you will never be less. I’ve got your back.

For more information and support on infertility or childlessness for whatever reason, do check out the site Gateway Women, it’s pretty brilliant.