Something for the Weekend: August 2017

Wait. It’s SEPTEMBER?! How the hell did that happen? To be fair, I have always kind of liked September – it’s a much better ‘new year’ than cold, miserable January could ever be. I mean, we get to indulge in new stationary for one thing, we get to pull out all those cosy knits that have been resting in closets all year, we get to pull on boots and jeans and wander around with leaves crunching underfoot, we get to snuggle down in front of the telly at 9pm without feeling weird because it’s still blazing sunshine outside. It definitely has an ‘up’ side. 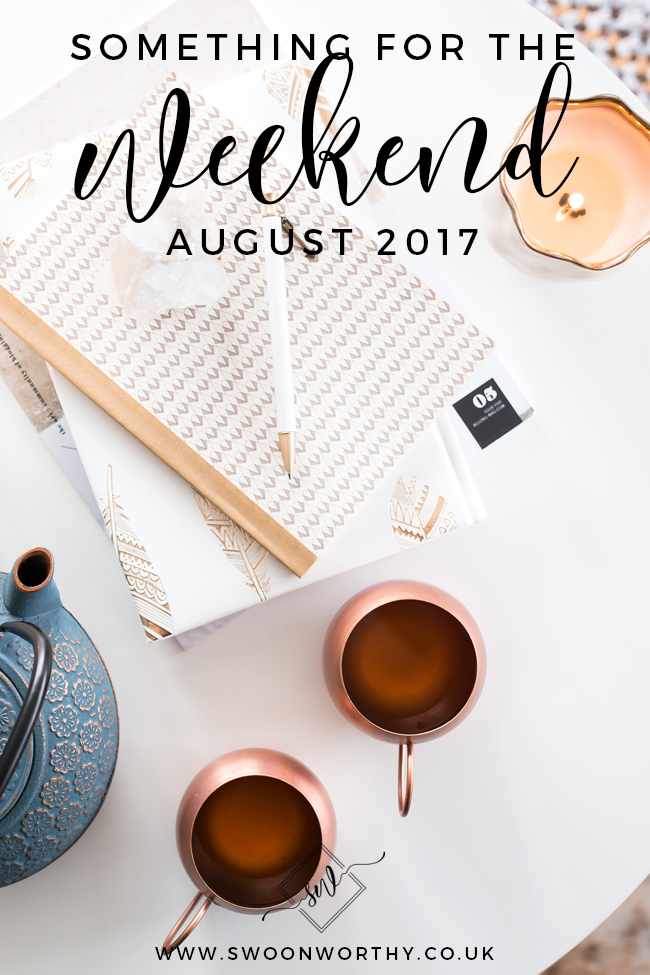 But of course, every month I like to look back at the month that has been and August was certainly an interesting one. It did kind of feel like the entire country had gone on holiday (sadly, I did not) so things were a bit quieter which I can’t complain about, It gave me the chance to get caught up on some things, I rehashed a brand new schedule for my daily routine which has been working out well and I’ve been able to plan some great content for the months ahead. 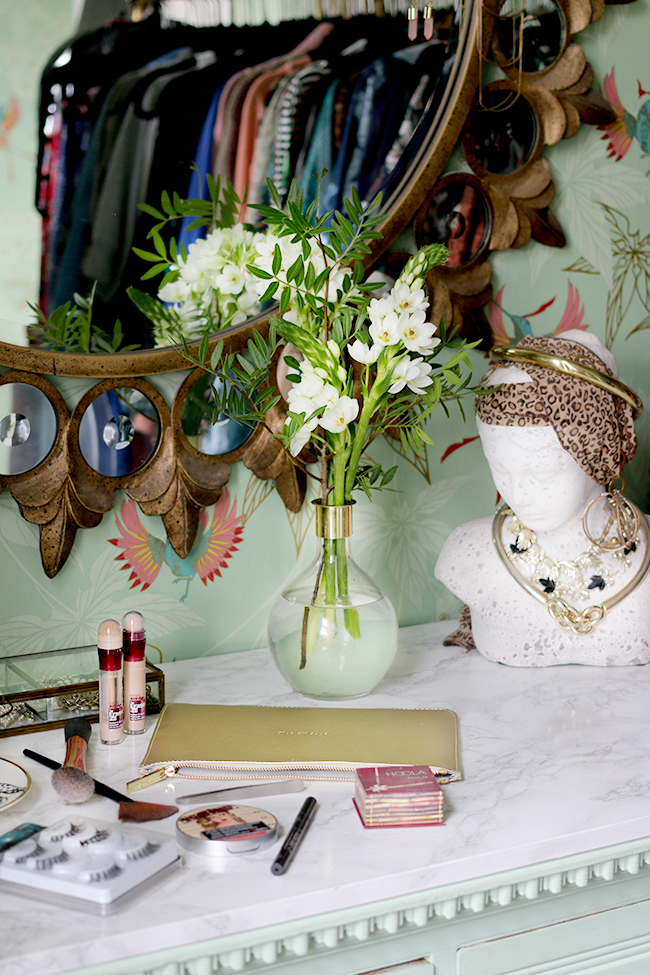 In August, I also introduced the ‘Life’ category in which I explore some other topics I love outside of just interior design. So far, the overall reaction has been great and I’m just SO relieved so many of you seem to like these posts! I feel a bit more energised and less boxed in too which I love. I can’t wait to share some more lifestyle content with you – I’ve got a million ideas so trying not to go too crazy here – ha! 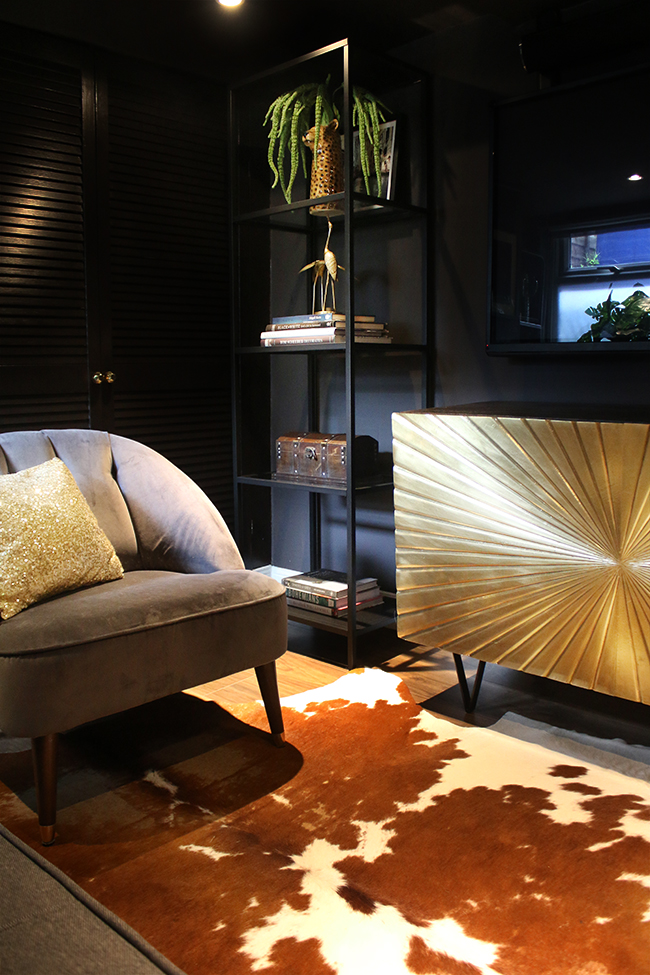 I also finally revealed the Man Cave which was just such a long time coming – we love it! It’s being used so much more now and we’re loving having a second “living room” in our home! 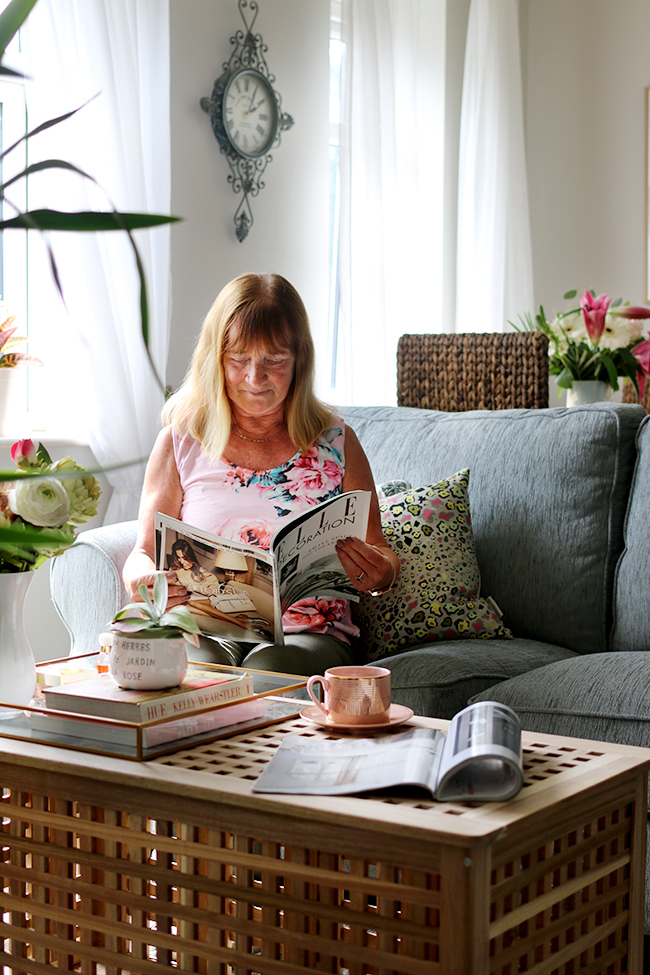 I also adored sharing my Mother-in-Law’s newly redesigned living room which you guys seemed to love as much as I did doing it! 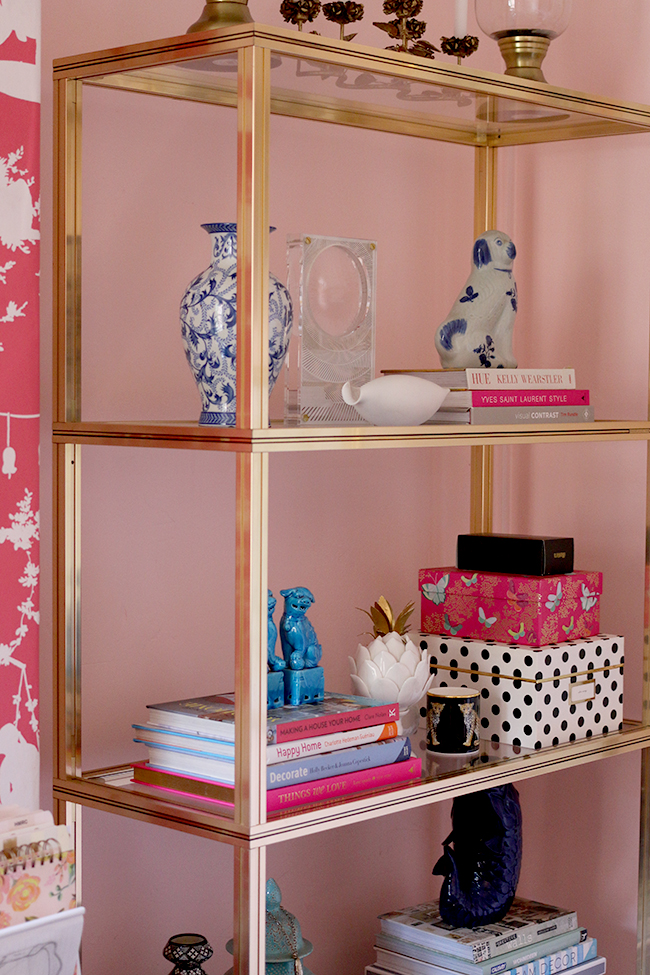 Not gonna lie… adding a third award to that top shelf would be incredibly gratifying.

It also seemed to be the month of award nominations. Unless you’ve been living under a rock (or scorn all social media for which I will assume you have god-like temptation resisting tendencies) you’ll have seen all your favourite bloggers on the campaign trail to get some votes. I was excited to be on the other side of things this year, having been named one of the judges for the Amara Interior Blog Awards and thinking that I’d be able to lay low for a little while. But life had other plans – not that I’m complaining of course.

I’ve been shortlisted as a nominee in three separate awards which is slightly insane, I realise, but I couldn’t be more flattered.

So that’s all kind of exciting! I think for the most part, voting is now closed for most of them so I’m just gonna keep my fingers crossed! Huge congratulations to the hundreds of bloggers across all these awards and best of luck! 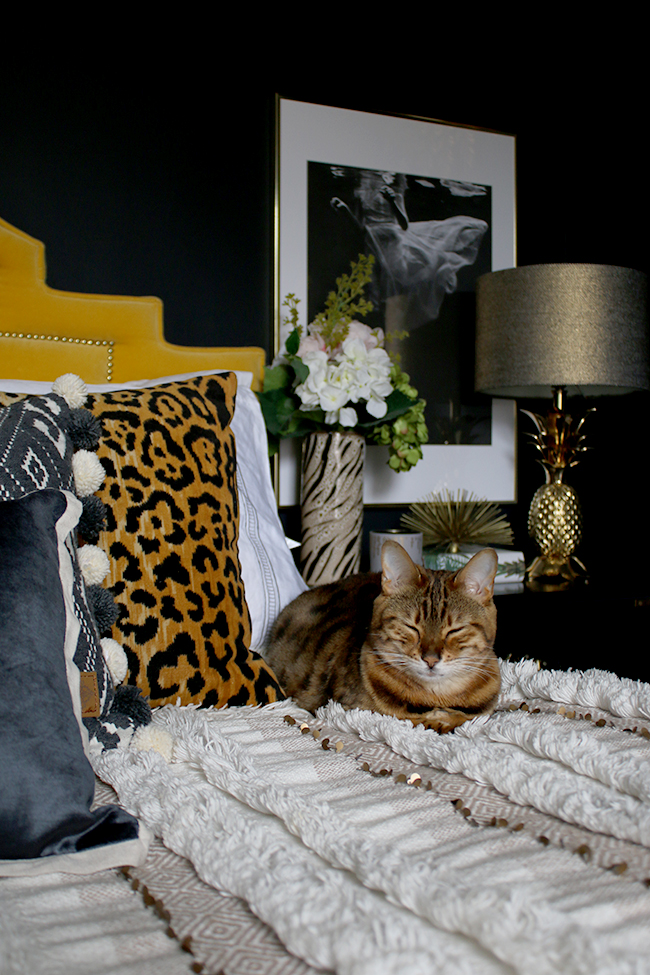 Looking for top tips for your home? Check out this post on Oak Furnitureland where they asked 11 different interior design influencers for their top tips for creating beautiful home design – including me!

I was interviewed by London Florist McQueens on how I use flowers in my home so if you want to find out what flower I really really don’t like at all (and why) do check that out.

I was also interviewed by Out There Interiors (one of my favourite shops for really unusual items) and they asked me what shows I’m currently obessed with and who’d be at my dream dinner party.

WoodPecker Flooring (they make some amazing flooring) were kind enough to include my kitchen in their post on Our 5 Favourite Rooms – what a privilege! And I adore the other rooms they’ve chosen as well so do have a look.

Happy Beds included my bedroom in Stacey Sheppard’s blog post for them around Dark Bedrooms – thanks so much for including me!

And finally, Ascend Properties named Swoon Worthy one of their favourite Manchester-based interior design blogs which was very kind so thank you for that.

What Else I’ve Been Writing

So this is the part of the post when I share where I’ve been chatting about interiors for various websites over the past month! I’m rounding them up to make it easy for you to have a look when you get some time this weekend and fancy a bit of light reading! Of course, I wouldn’t expect anyone to read ALL of these but if something catches your eye, then I’d love for you to have a little look. Each link opens in a new window so you can just click the ones you like the look of and go back to it later! 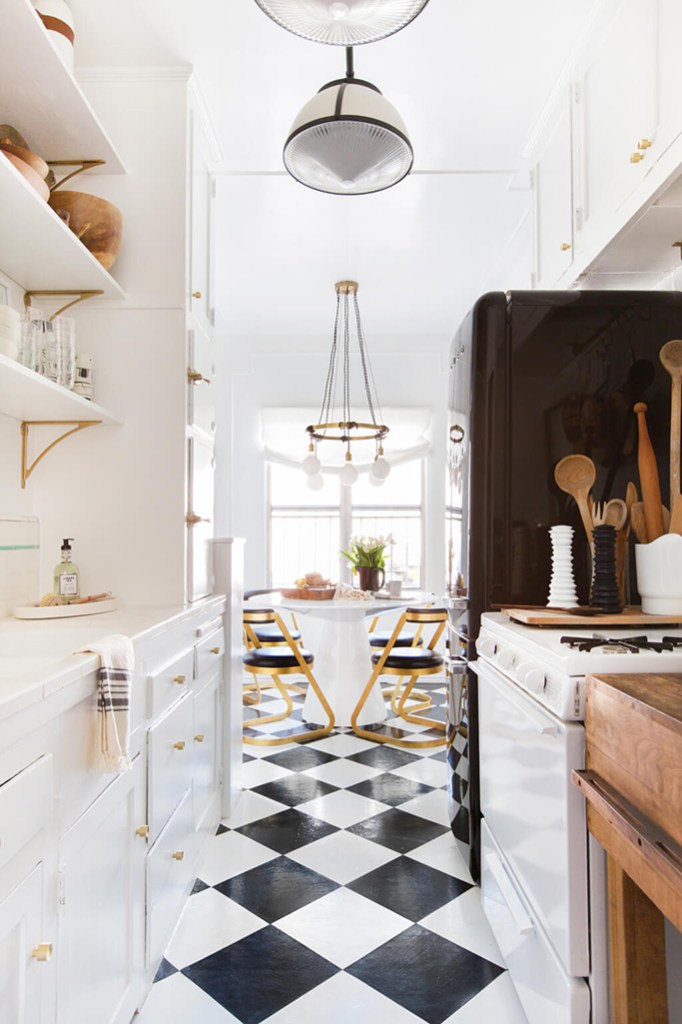 How to Get the New England Look (Oak Furnitureland US) 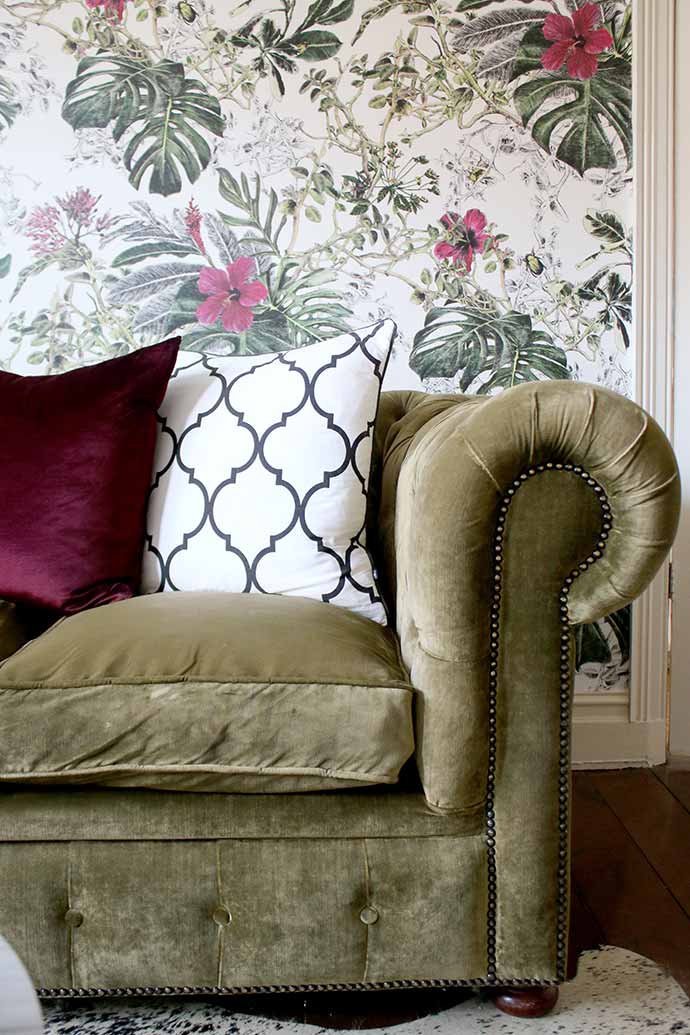 7 Ways to Embrace Autumn Colour in Your Home (Oak Furnitureland) 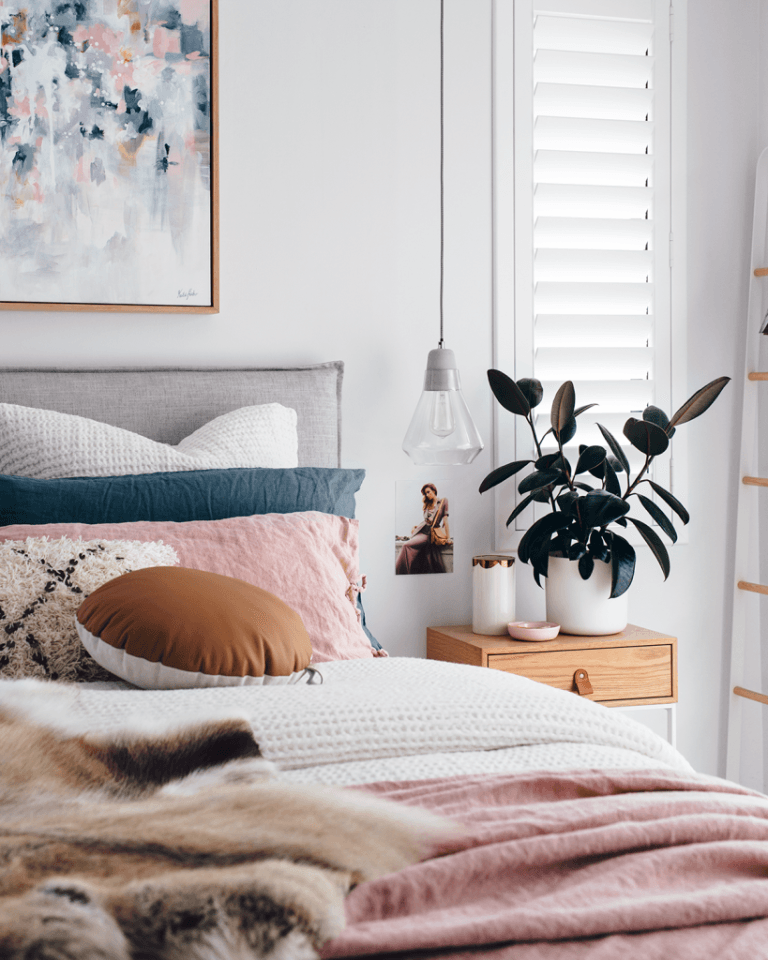 8 Ways to Create a Restful Bedroom (My Two Designers)

Why You Should Probably Use Plants in Your Bathroom (Tile Mountain)

What’s Planned for Next Month 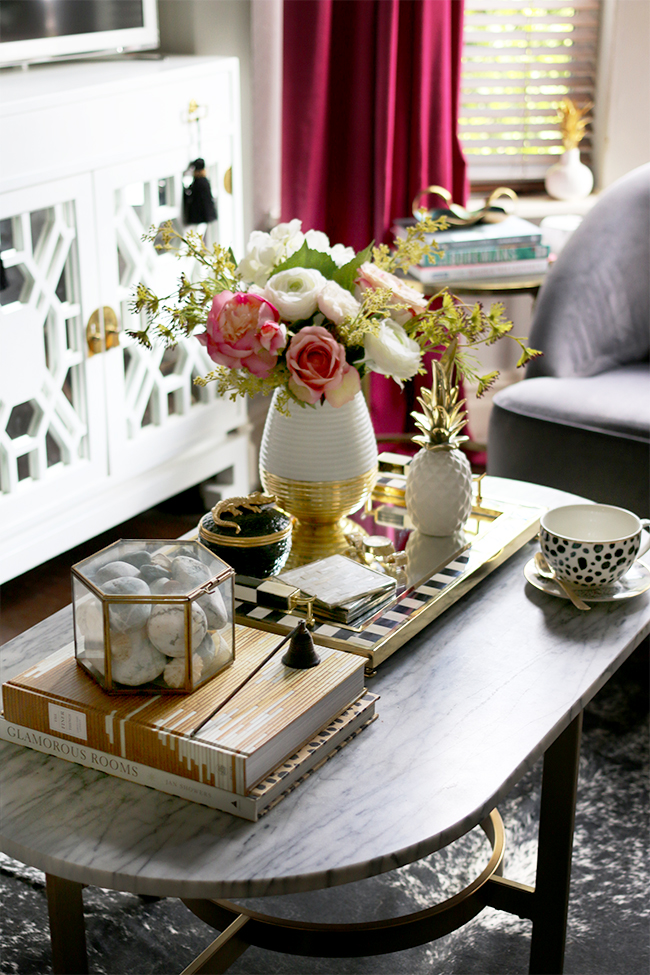 So I reckon September is going to feel like a busy one after the relative quiet of July and August but I’m geared up for a good month ahead. The most exciting thing is that my brother is coming to visit me from the States whom I haven’t seen in 6 years (!!) so I’m really looking forward to that. Of course, thanks to Whatsapp, we chat all the time and spend time with each other in that way but being able to hang out IN REAL LIFE is gonna be great. I’m going to try not to let my schedule slip too much whilst he’s here but you’ll have to forgive me if I miss the odd post or two!

I’ll be in London for a few events as well. There’s so much happening in September that I’m not entirely sure what I’ll be able to do but I have no doubt my summer ‘holiday’ (I use that lightly) will seem a world away as things kick off in the countdown to Christmas.

Oh and we are also planning a few day trips to areas we are interested in moving to – just doing some local research so we’re sure about where the next house will be. Should be exciting!

I’ll be sharing more on this soon but we will also start preparing to put our home on the market! Ack! We really want to give the hallway a refresh this month as it’s been so neglected over the years to make a good first impression. It won’t be anything too crazy unfortunately – some fresh paint, a new carpet, that sort of thing – but that should be enough to freshen it up. I have also re-jigged the office so I’ll share that with you soon too. And then it’ll be full steam ahead with planning our next move so stay tuned for that.

So that’s it for this month! What are you up to this weekend? Are you sad that Game of Thrones is finished?? Honestly, it’s been such an EPIC season, I don’t know what I’m gonna do with myself now! Might have to start from the beginning all over again as the wait for the last season is surely going to kill me! What have you got planned for September? Anything exciting? Do let me know!