Oh I have a bit of a treat for you today! I know you are used to me rambling on about whatever is inside my head at the moment around these parts but for today, you’re actually finally going to hear from my other half, Wayne. I know, I know, WHAT IS THIS MADNESS.

Well, it’s all part of a blog hop organised by Claire Brody (who’s style is magnificent, go check her out if you don’t know her) with a whole slew of bloggers, who’s partners have answered all the same questions. It’s hilarious to be able to get a little glimpse of what life is like on the other side for those who live with us and somehow, still love us bloggers!! The title of the series is “So I Married a Blogger” but as you probably know, Wayne and I aren’t married. We have been together for more than 7 years now and we’re 100% committed to one another (a wedding just hasn’t been high on the priority list when we’ve been doing so much on the house!) so I thought it might be confusing if I used that as the blog post title! 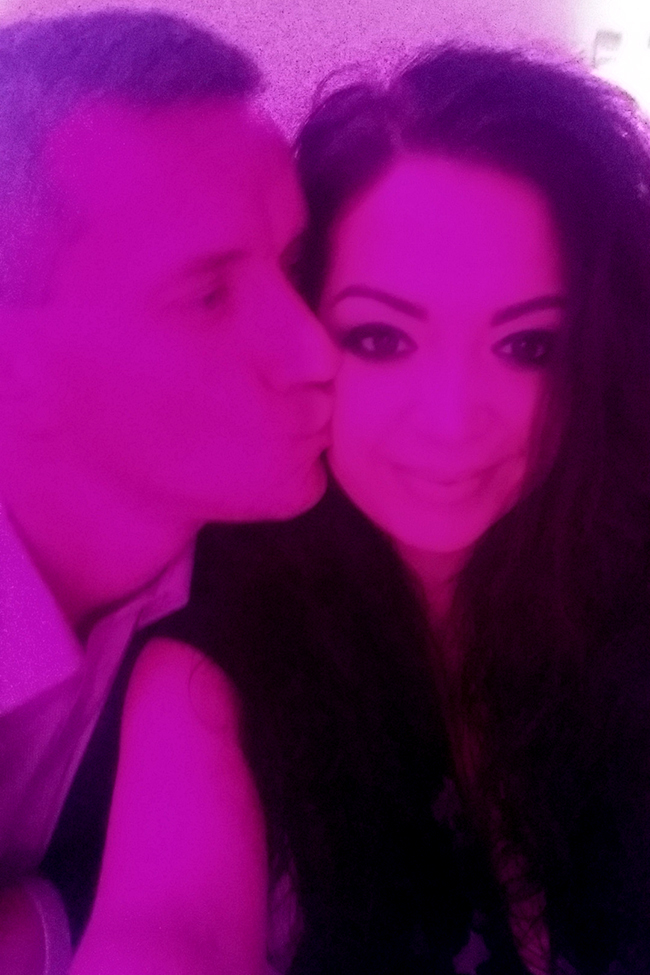 I do want to stress to you that Wayne is English, Mancunian through and through and he has the driest, most sarcastic sense of humour ever!! He always makes me laugh but I realise it might be confusing to those who are less familiar with this type of humour but just know that nearly every answer here was given with a smirk and a twinkle in the eye – that’s just how he is! And I love him for it. 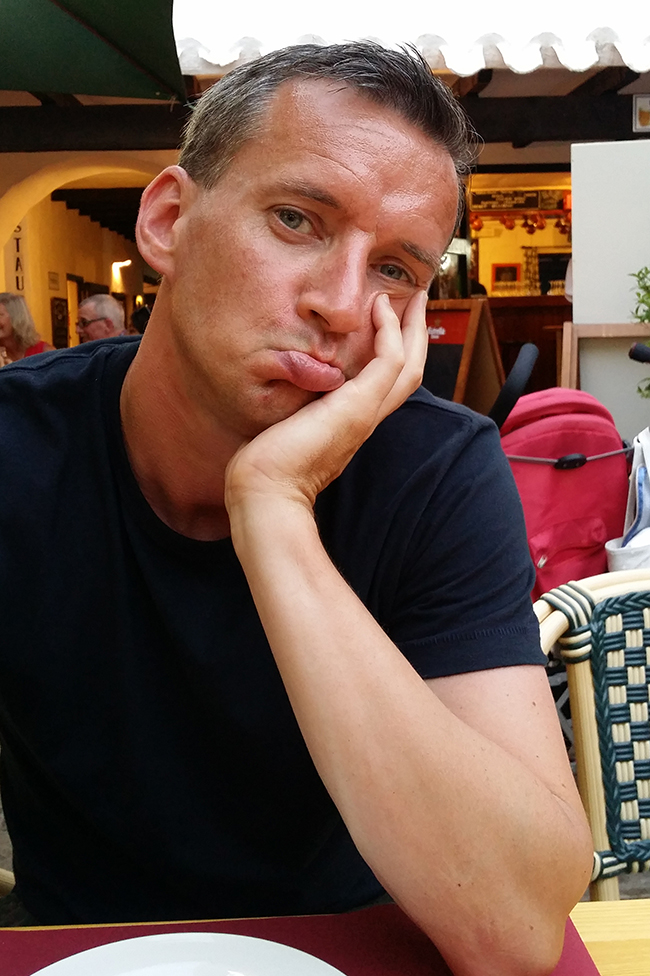 Right… WHY IS THIS SO SCARY?! I’ve added some comments (in italics) because I can’t help myself.

How involved are you with Kimberly’s blog?

“I’m not – I’ve got nothing to do with the blog.” (He appeared genuinely confused by that question.)

How often do you read the blog?  Are you an avid reader or do you see enough at home? 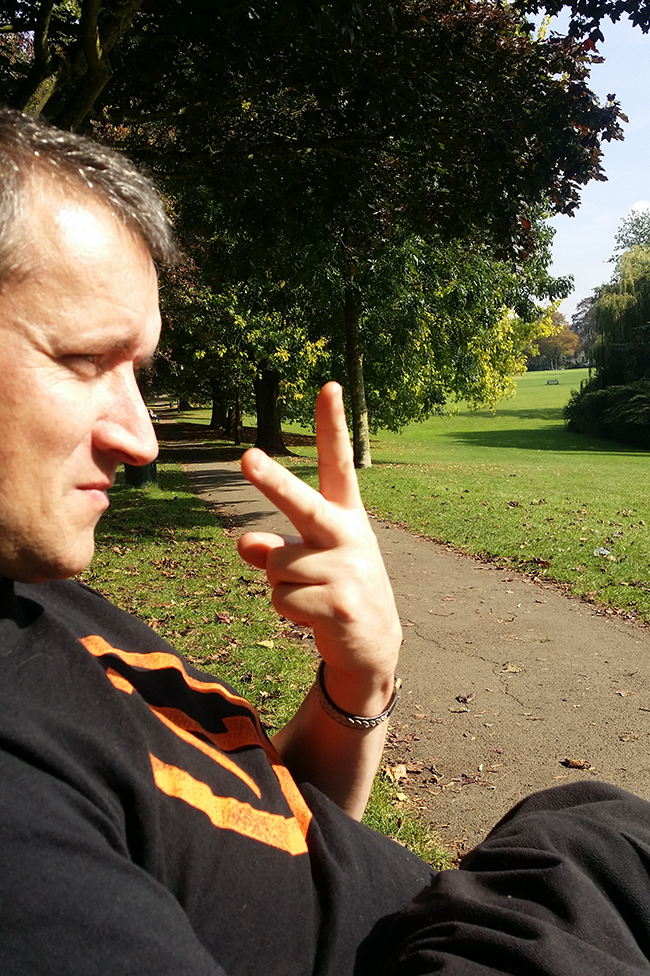 “Well I live in it so I don’t need to read what’s going on. I do skim it every few days and read the comments to see what people say though.”  (The only times he skims is when he thinks he’s been mentioned! So vain.)

How much time does Kimberly spend on her blog? What are her hours like?

“I’m not really sure because she works on other blogs too. Quite a bit of time I guess.”  (I also write for quite a few companies so he’ll have no clue in terms of how I manage time between work for clients and work for my own blog. Understandable.)

Are you the cheap manual labor or is there hired help for that?  In other words, does Kimberly use you for your handy work?

(look of shock) “Kimberly doesn’t use me for my handy work, I enjoy every single bit… aside from maybe putting up shelves.”  (I know I often get people thinking that I somehow have coerced Wayne into doing this work with my womanly wiles but I swear, he genuinely enjoys DIY. We make a good team.)

“Eclectic boho glam!” (seems quite proud of himself) “Well that is the proper answer.” (Indeed it is, Baby!) 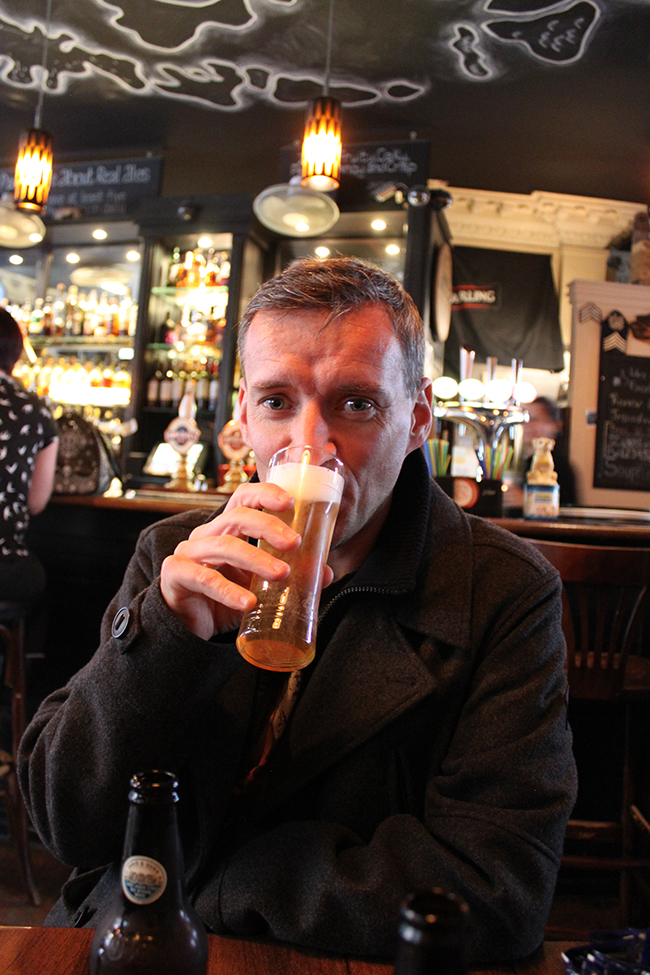 “I don’t have a style. It doesn’t really matter to me as long as it’s not pink.”

How often does your home change?

“Probably a lot more than I notice.”

How many different sofas have you had since living with Kimberly?

How often do you offer decorating advice?  Does she consider your opinion?

“I’m quite happy to offer advice at any stage…. Oh you mean decorating? Um, I don’t. I do trust her. I think she appreciates my opinion though because she does ask before she does anything major.” (This is true – I always ask his opinion because it’s important to me he likes living in this house as much as I do.)

What’s your favorite room in the house? Why? 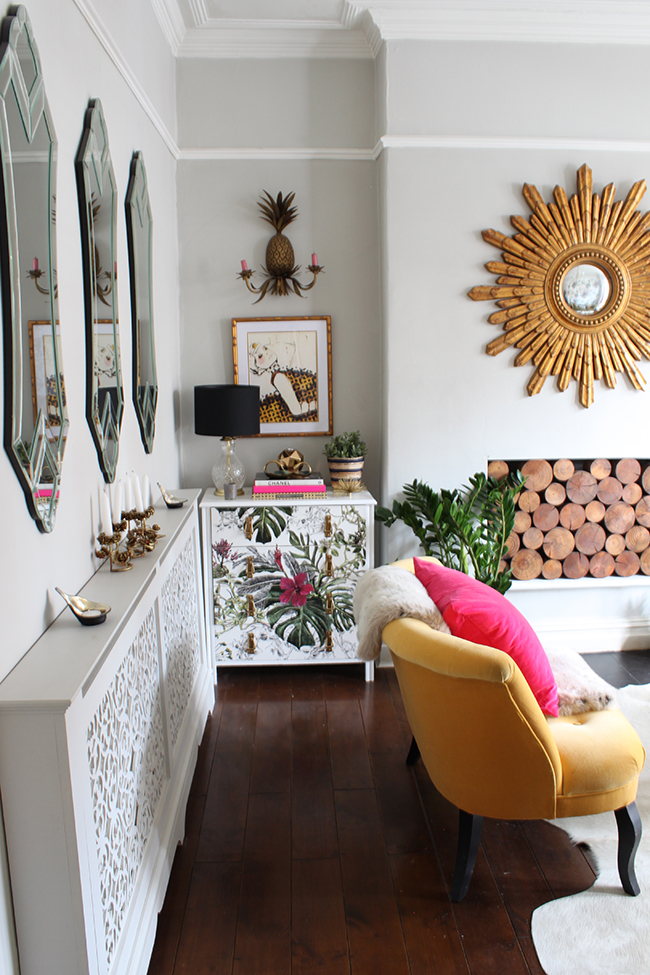 “The front room (the living room) because it’s the place where we go to unwind whenever we are doing projects or we’ve been out or we’ve had a long day.” (He then smiles at me as if to say, ‘That was a good answer, right?!” Yes, good answer.)

What does it really look like behind the camera?

“Pretty much exactly what it looks like in front of it! Even to the point where it’s slightly impractical to use because everything needs to be in it’s exact right space.” (He’s teasing me because I’m a bit OCD, what can I say.)

What is a project that you hate but have never voiced (or maybe you have)? 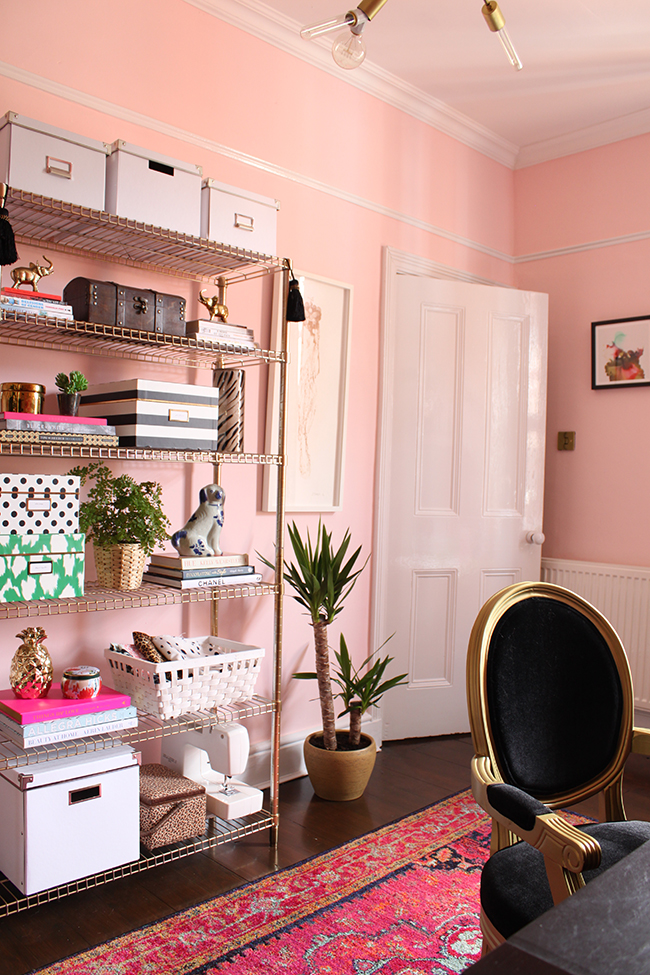 “I didn’t hate it but I was disappointed that I did so much hard work on the office and it ended up pink. PINK! It does look magnificent but I just didn’t like the pink.”  (Oh he’s voiced this MANY times. Check out all the work on this room here.)

Do you know of Kimberly’s blogger friends?  If so, who’s your favourite?

“Not really, I hear names all the time and I can’t keep track of everyone. I’ve met Carole, the French woman, but it’s not like I know any of her blogger friends well enough to pick a favourite.”  (He always calls Carole, my blogger BFF, ‘The French Woman’. Not sure what to make of that but well, she is French so I suppose it’s accurate.)

What’s your favourite aspect of Kimberly being a blogger? 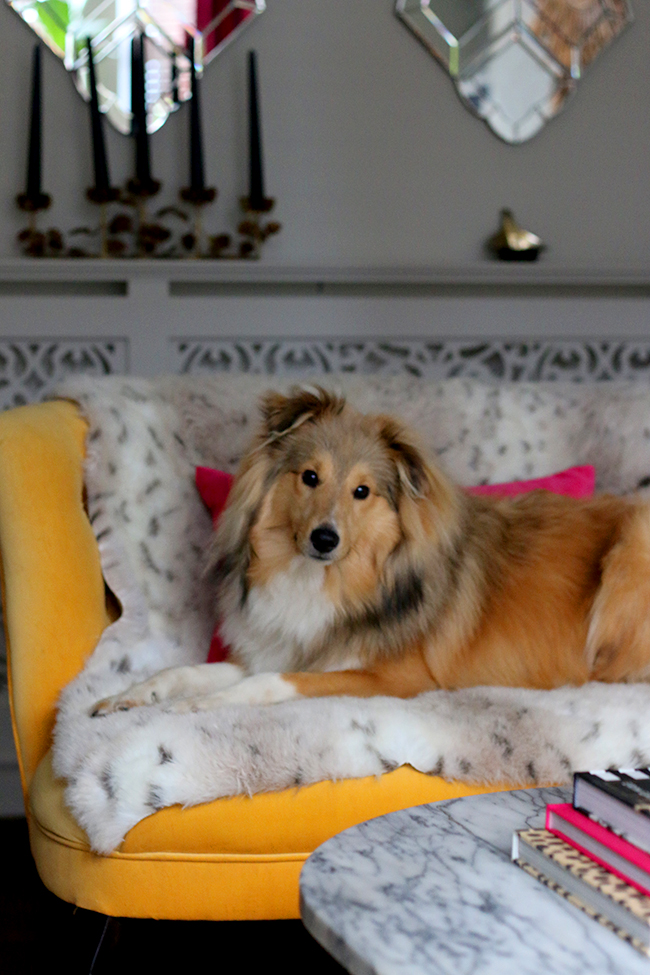 Then he lights up.

“The fact that we could get a dog because she works from home!”

“The amount of time she spends online. That’s why we had to get a dog, so I had someone paying attention to me!” (He laughed when he said this, I swear I don’t neglect my boyfriend!)

What are your household chores?

“I don’t know. I tend to always do the dinner dishes and I’m the one who takes out the bins but we don’t really have chores.” (That’s true, we just do what needs to be done between the two of us.)

What’s something about Kimberly that her readers might not know (but she would be okay with you sharing)?

(He says this like it’s scandalous breaking news) “She copies someone else’s blog!”  (yes that’s a lie!!)

“Okay, she’s the messiest cook I’ve ever met. It’s utter devastation when she’s in the kitchen.”

What does Kimberly REALLY want for Valentine’s Day, and what are you getting her?

“We don’t do Valentine’s Day so she’s getting nothing.” (That’s actually true! We have Christmas and then a month later it’s my birthday and then two weeks after that, it’s Valentine’s Day so it seems a bit silly to me to make him feel like he has to spend even more money on me. I’ve never seen the point!)

I hope you enjoyed this little glimpse into Wayne’s personality and what it’s like to live with me! Now, for even more insider goodness, go check out everyone else’s answers below…