The New Look in the Bedroom this Autumn

So as I revealed in my post on Friday for the Blogger Stylin’ Home Tours, I’ve made some updates in the bedroom! As you may recall, I wanted to change the vignettes on the bedside tables and decided in doing so that I really wanted some larger art flanking the headboard. 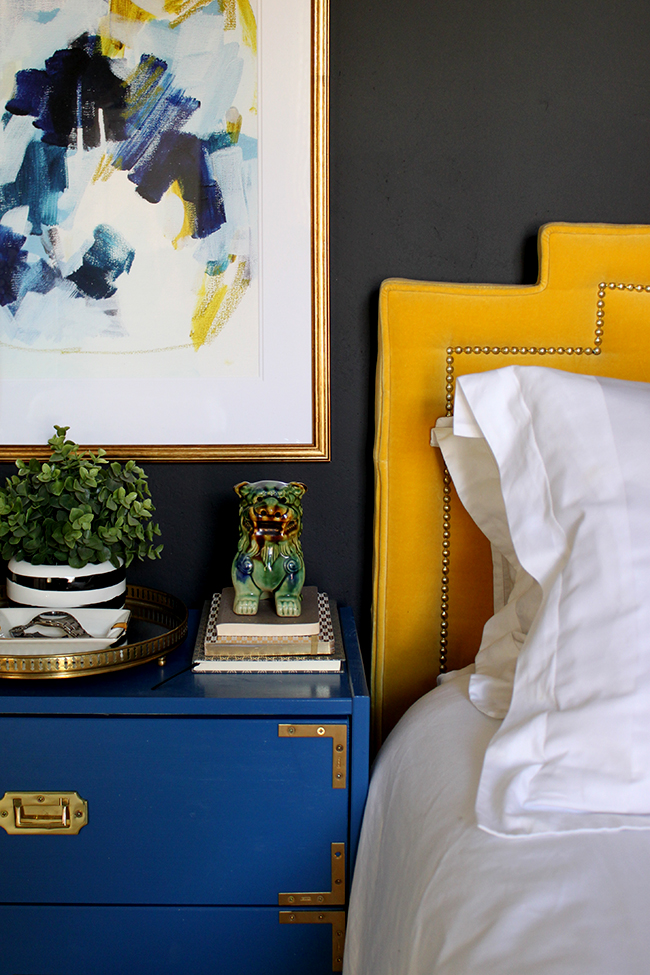 Well, my friends at Minted got in touch asking if I would like to choose something for the space. They were so fabulous providing fantastic art for my office remodel for the One Room Challenge, I jumped at the chance to collaborate with them again. 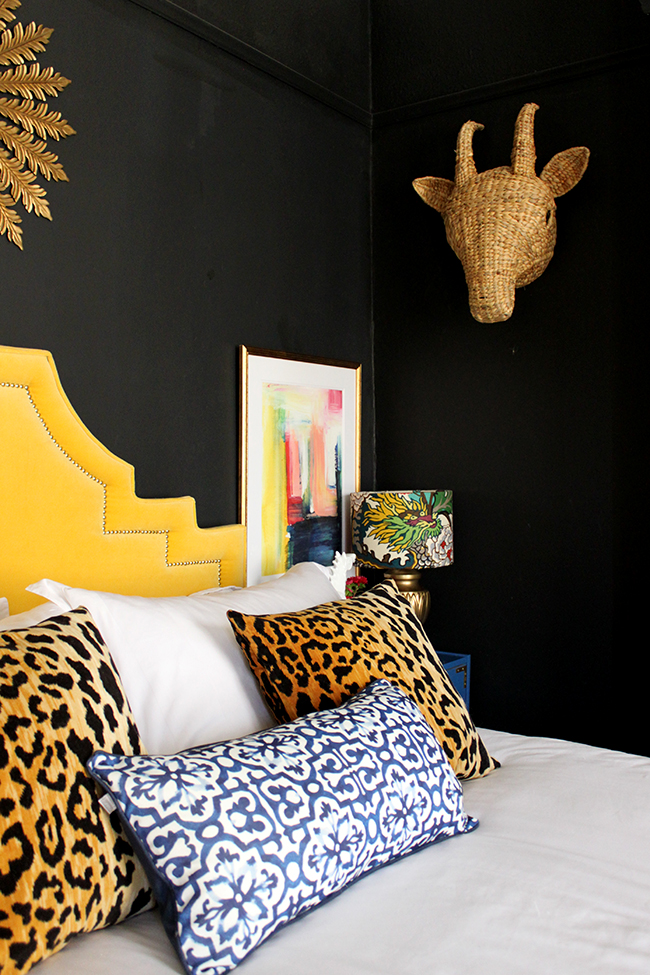 One thing if you live outside the US as I am – Minted ship internationally, shipping (at least to the UK) is surprisingly QUICK and they have a staggering amount of choice from amazing independent artists.  After a lot of deliberation, I finally chose Swimmingly by Katie Craig for Wayne’s side of the bed and Flags by Lindsay Megahed for my own. Even though they are from two different artists, they work beautifully together and I received them perfectly packaged in a cardboard tube within about a week of ordering.

I then ordered in some gold frames with a double white mount from Ezeframe, one of my favourite sources for inexpensive custom framing. I love how much the bigger art in here impacts the space and how well the two prints work with my own large abstract on the chimney breast. 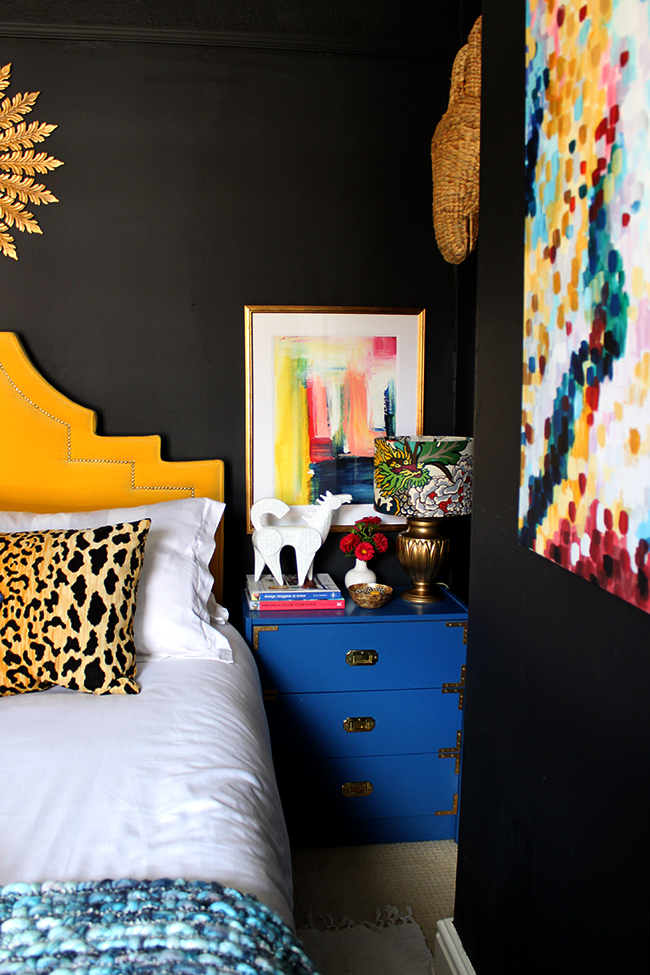 I’m pretty happy with the change in the vignettes here as well. I added that awesome white horse to my side of the bed, picked up at Homesense for a mere £10! (yes, I went back after my first trip and the stock had already been changed!) It’s very Jonathan Adler-esque, isn’t it? 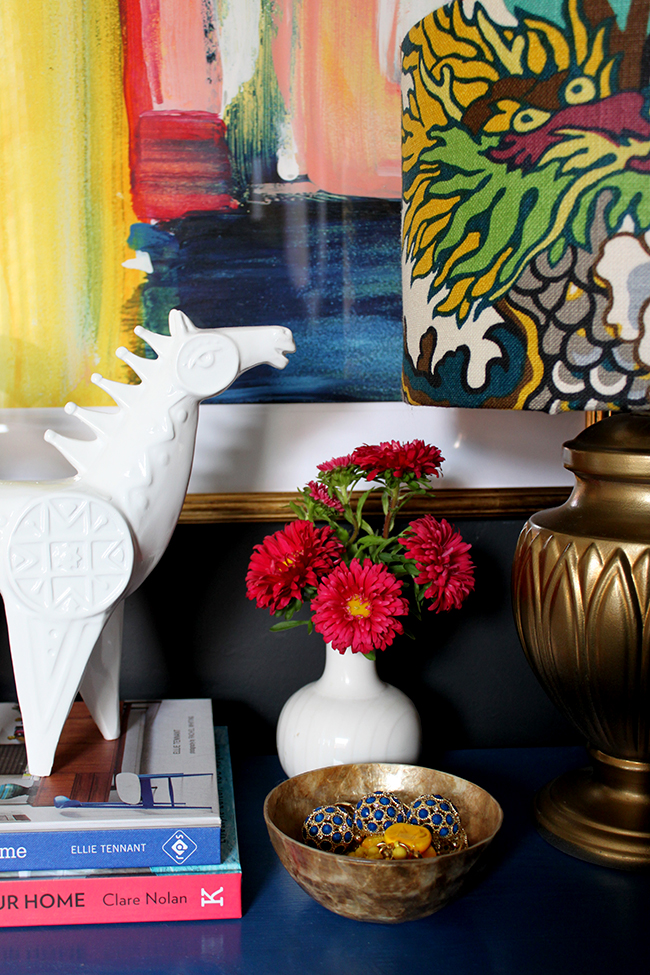 On Wayne’s side, I added some greenery with a faux plant from Ikea – they come in little pots but I just removed it from it’s pot (just pull, it’s pretty easy to dismantle) and placed it in a shallow black and white striped pot. 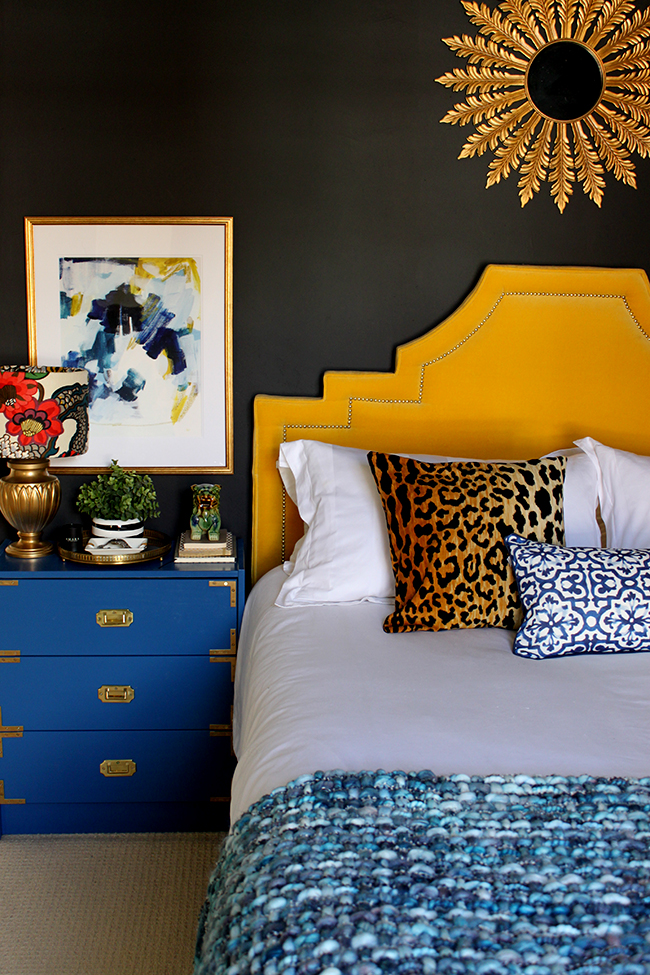 I also picked up that cute woven animal head at HomeSense for a mere £24. I love adding some texture to a space to make it more cosy. He replaced the Martini & Rossi sign that was originally here and I just love his little face! 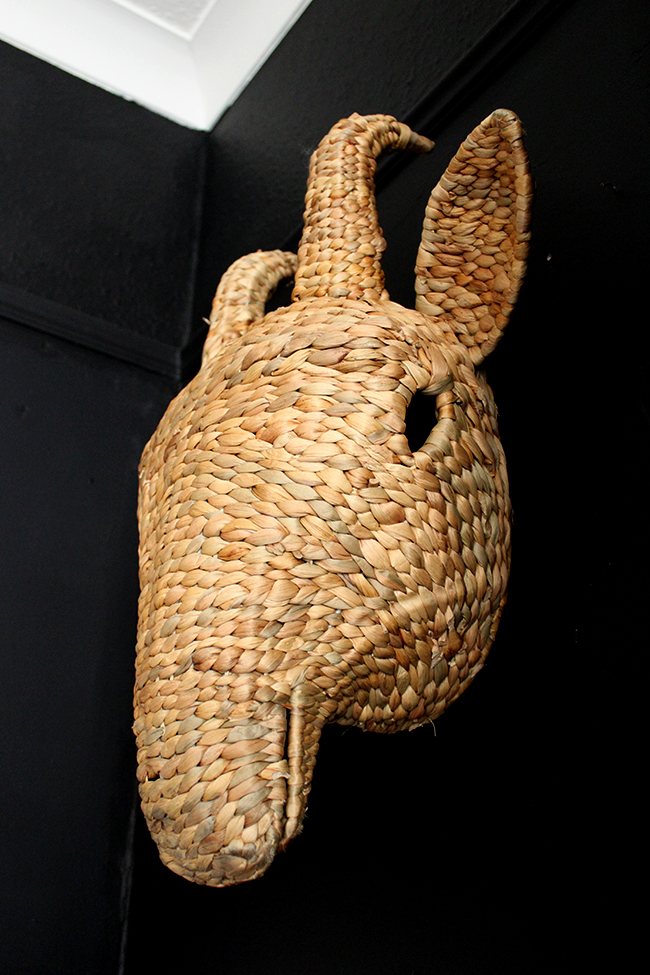 He breaks up all the square shapes from the artwork nicely. I had originally planned to put him above the bed where the little starburst mirror is but decided I liked him better in the alcove. 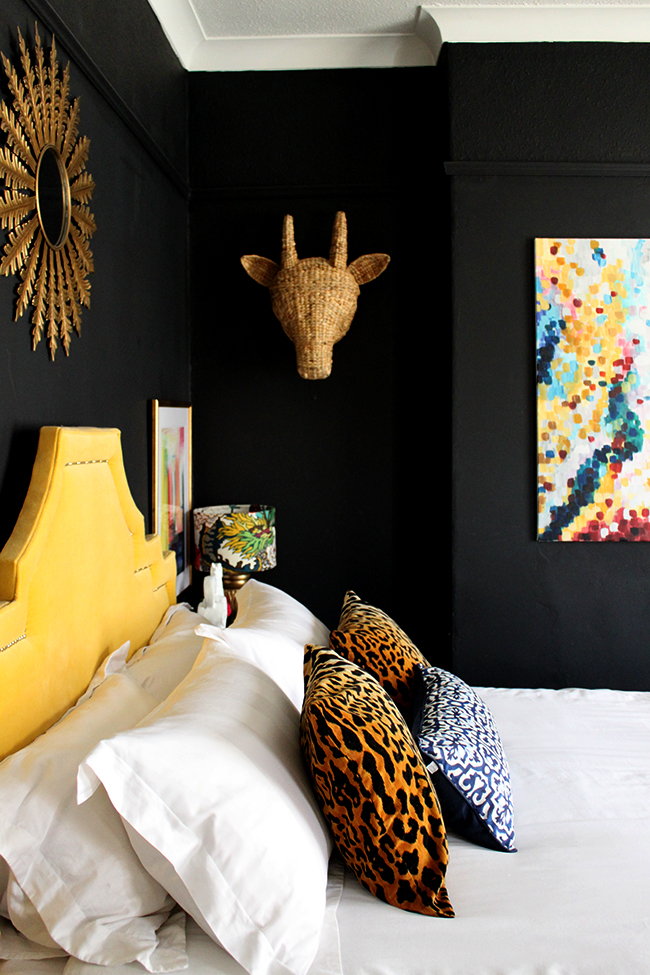 I also received as an unexpected thank you gift, this beautiful woven throw from Within. The textures and shades of blue work so well with the artwork and it’s SO soft to the touch. As you can see, Meisha has decided that it’s hers. 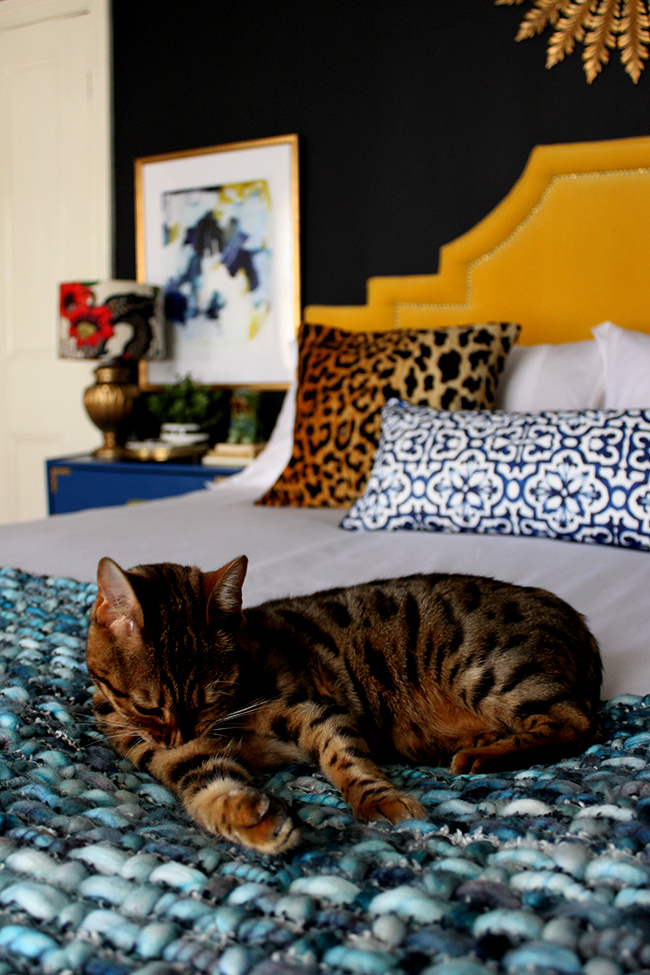 It’s perfect for autumn and winter and super luxurious as colder nights set in.There’s a fabulous fringe on the end of it and it’s big enough to easily stretch across my king size bed. 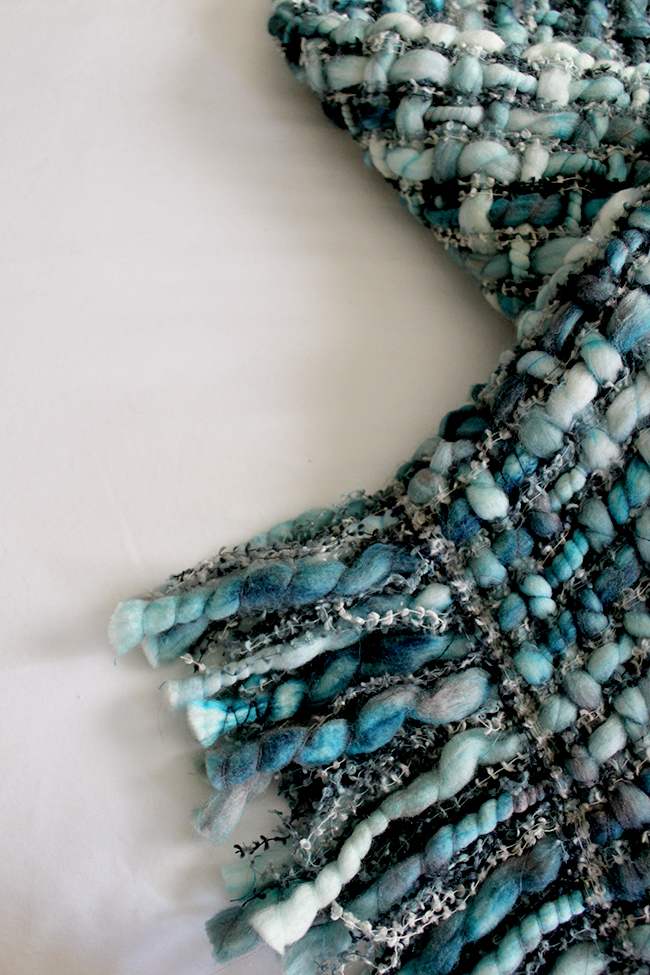 As I was already changing up the vignettes on the bedside tables, I figured I’d swap a few things on the chest of drawers as well. I moved the art that was originally flanking the headboard to this area and swapped a few things on top too. 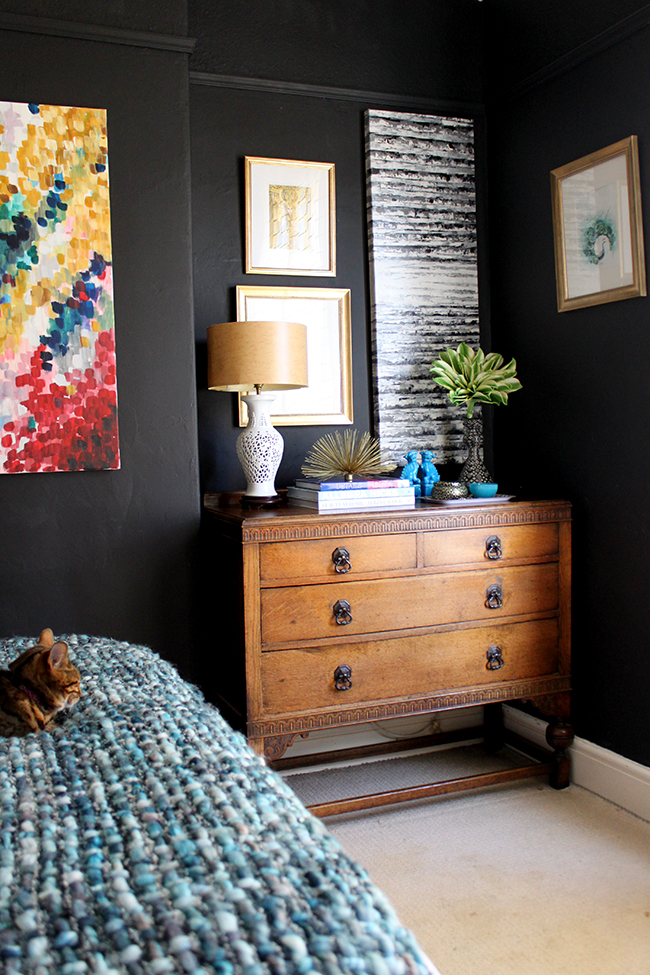 I decided to bring back my Chinoiserie style lamp from ‘retirement’ because I do love how it looks in this spot – yes it’s still broken but that bit is at the back! Ha! Don’t tell anyone ;) My ‘weird’ lamp from Habitat will need to find a new home I think, I clearly can’t let this one go. 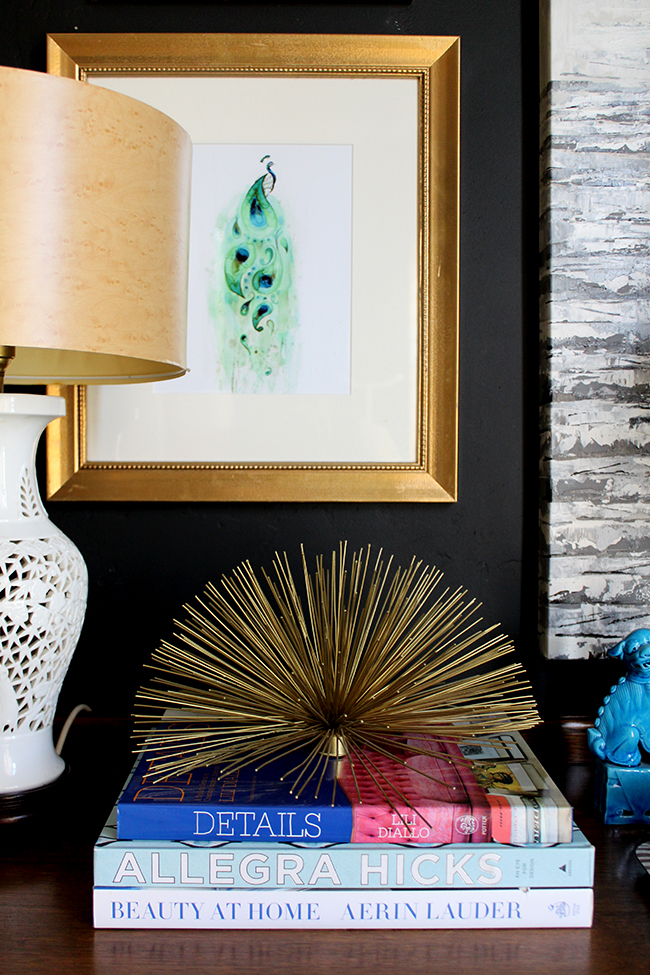 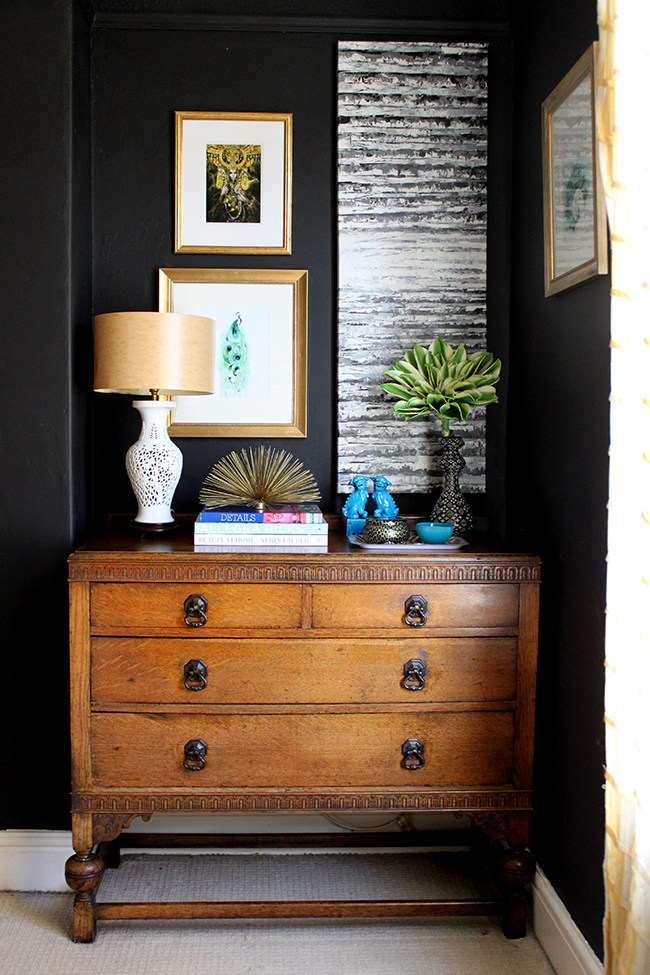 On the opposite wall between the windows, the ornate mirror remains with what I called “the world’s poshest cat bed”. I don’t have the heart to change it to something else as it’s right next to the radiator and the kitties love snuggling up in the faux fur. I tried to get Meisha to pose on here but she was having none of it. The new throw on the bed was where she wanted to be! Ha! 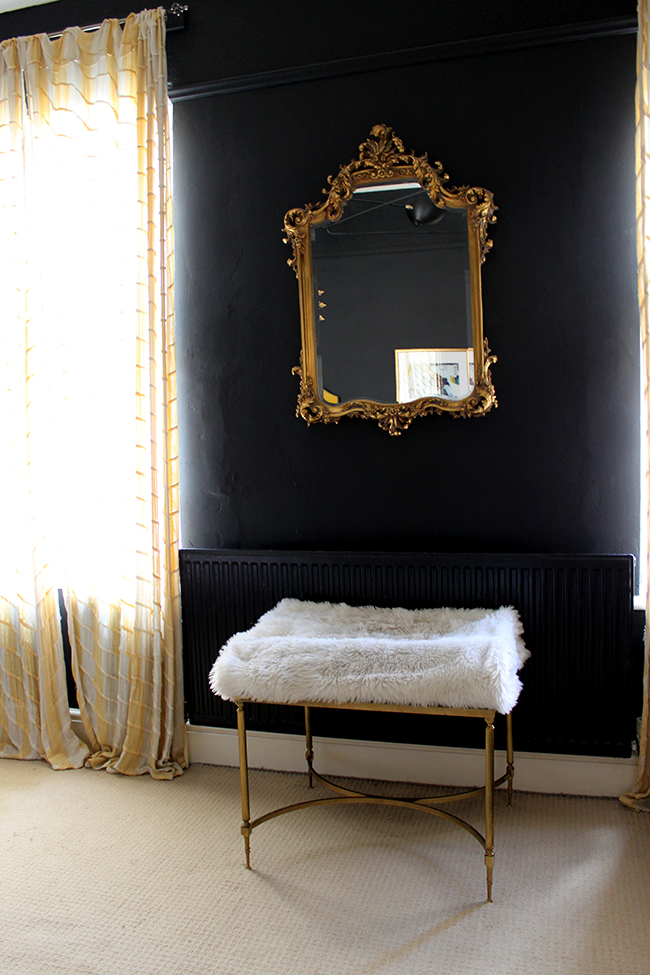 Of course, that carpet has GOT to go soon (it’s so ugly and disgusting, I know) so that we can refinish the floors in here and I’d like to replace the curtains too. I’ve had those ones from Anthropologie for years now but they don’t hang straight and it does my head in every time I look at them. They are also a little too long. Ugh. And of course, the light fixture needs addressing as well as it’s far too big for the room. I actually had to move the arms around to get these shots so they weren’t in the way! #keepinitreal All things that need to be addressed eventually.

For now, looking at the reflection of the opposite wall in the mirror makes me very happy. 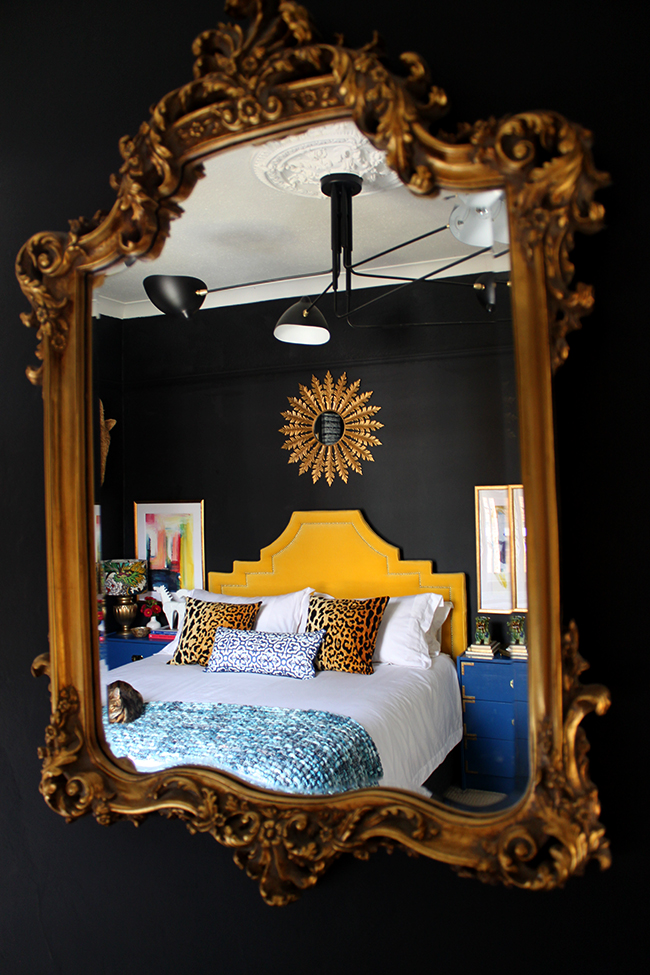 So that’s the new look in the bedroom for Autumn! 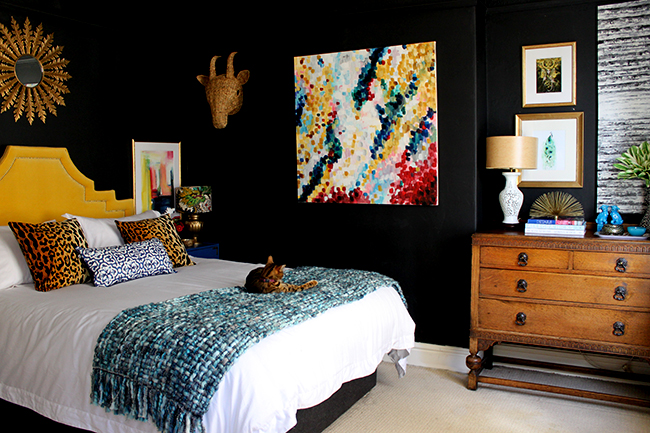 I know the changes are only subtle but to me, it feels like a totally fresh new look for the new season and it’s made me fall in love with my bedroom again which is always a plus. What do you think of the changes?

P.S. Do you love colour as much as I do? Share your colourful homes on Instagram with the hashtag #colorshare for your chance to be featured!

Disclaimer: I received the art prints free from Minted for my review but was not compensated for this post. The throw from Within was a gift and I was not under any obligation to share it, I just really wanted to! As always, all words, images and opinions are completely my own. I only work with companies I really like and think you will like too! Thanks for supporting the businesses that support Swoon Worthy.