Take Me Away: Menorca

First of all, I just want to say a huge thank you for all the lovely support and encouragement I received from you guys for my very first YouTube video! I’m so happy so many of you liked it (and actually watched it all the way through!) and I am now thinking I may do perhaps one a month or so – it was good fun and just a totally new challenge for me and as it’s been one of my goals for my blog for a while now to start doing video content that compliments my blog posts, so if you want to subscribe to my channel you can do so here:

Anyway, for today’s post I wanted to share a little bit of our holiday! My first week’s hiatus from the blog was spent in a little piece of paradise in the Balearic Islands off the coast of eastern Spain in Menorca. I have often found travelling to be incredibly inspiring – not just to recharge the ol’ batteries but to get a taste of how other countries and cultures’ homes and architecture might inspire my own. 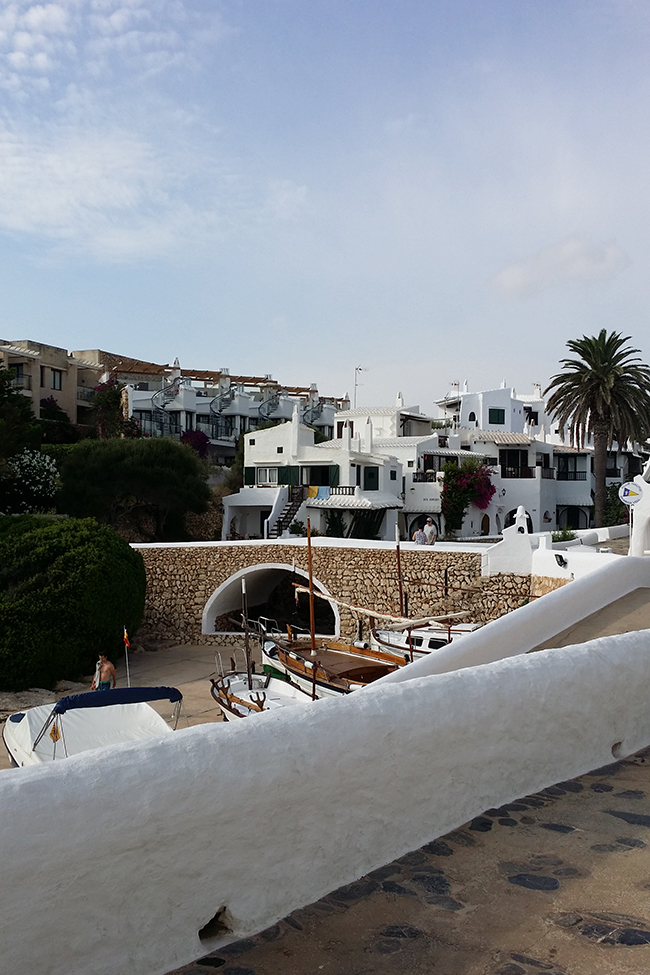 We absolutely fell IN LOVE with the island itself and with 30+ degree temperatures C every day (that’s around 86 degrees – 90 F!!) it was a welcome break from the rain and cold and windy weather we’ve been getting here in the North West of England this summer. Let me tell you, it was HOT!! Wow, we’re so not used to these kinds of temperatures (to give you an idea of how cold it’s been, today here it’s reaching the heady temperatures of 16-17C or around 60F – IN SUMMER. WTF ENGLAND.). 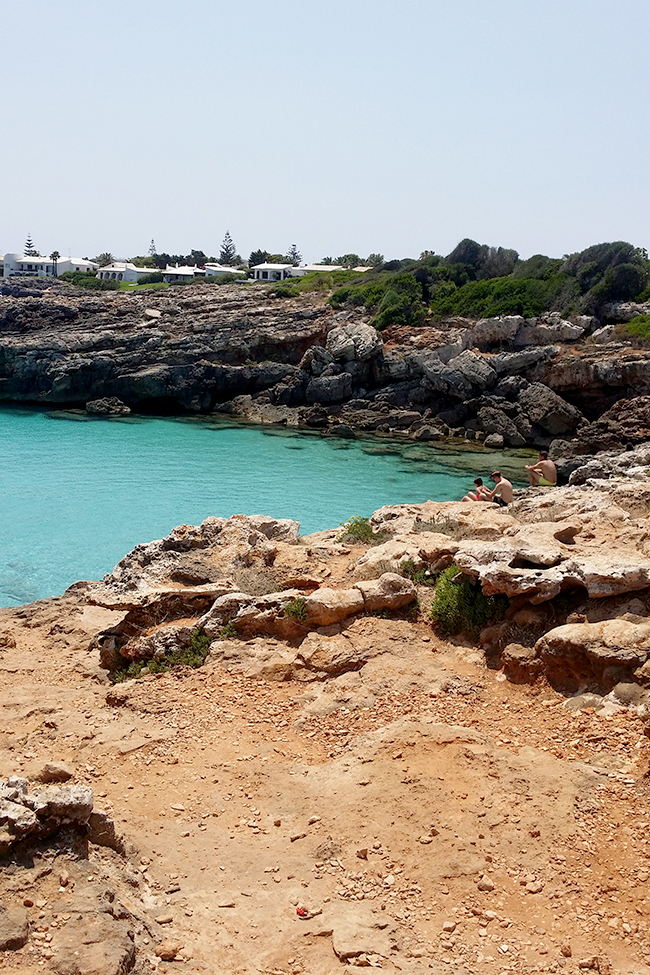 We rented out a villa for our stay which yes, is a little more expensive than staying in a hotel but for the freedom it gives you of having your own ‘home’ while you are abroad, I highly recommend it! 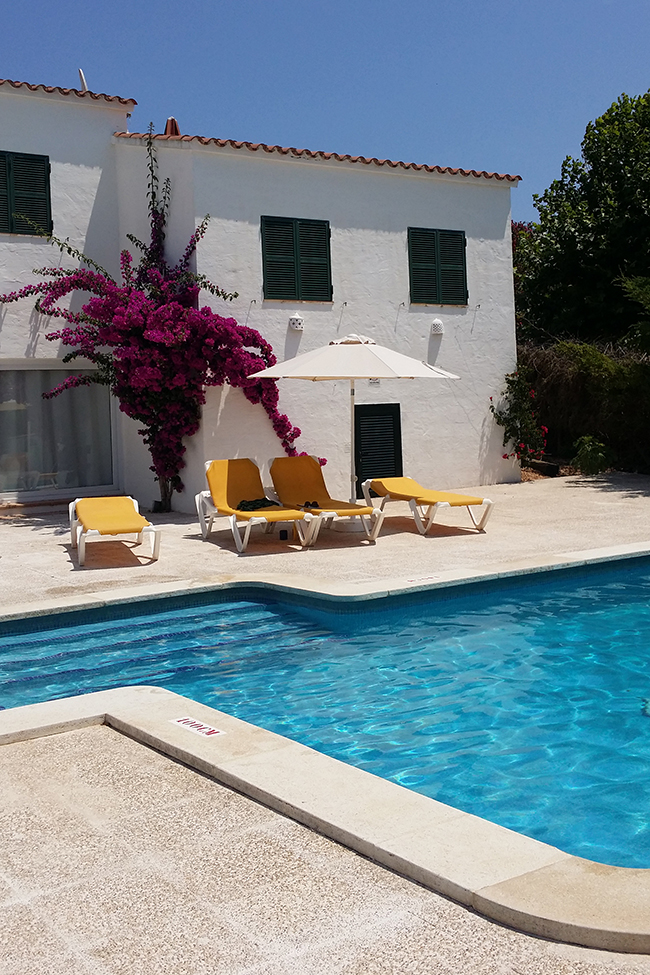 The villa wasn’t anything fancy but we really just wanted somewhere we could relax during the day, not having to worry about having any restrictions in terms of when we ate, when we enjoyed the pool or having to share the grounds with anyone else. We even had a sea view from the balcony where we had our breakfast. 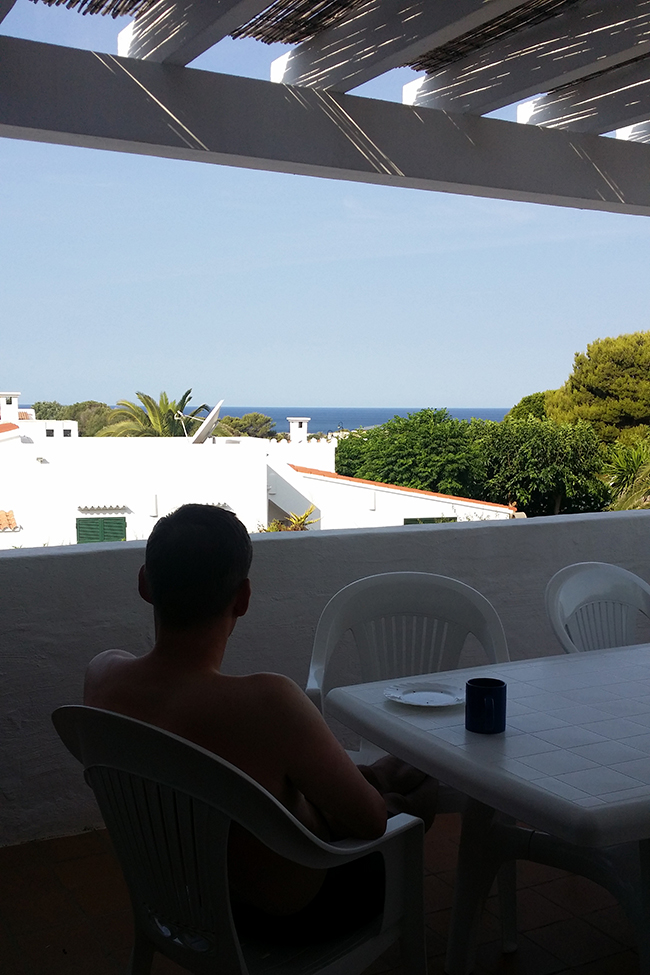 It was our first holiday abroad in nearly 2 years so it was worth the splurge! I adored the huge pink bougainvillea growing up the side of the house against the white building. 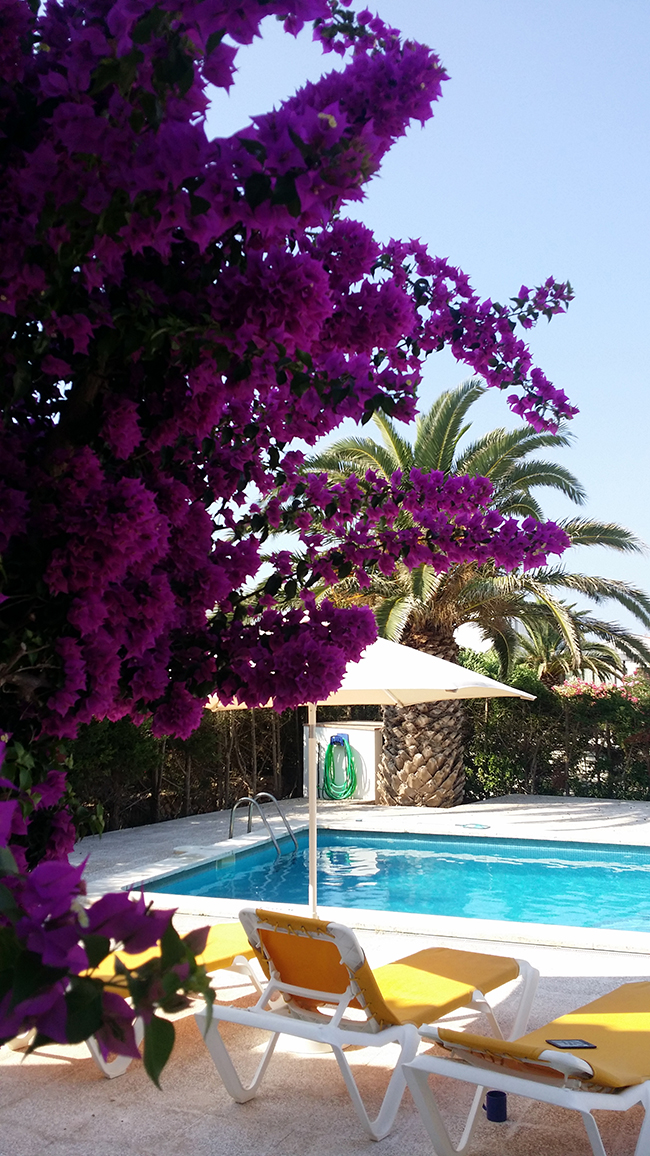 We stayed in Binibeca Vell – an amazing town which was designed by Spanish architect Antonio Sintes in 1972 but which had clearly been inspired by Greek architecture – white washed buildings everywhere gleaming in the sunshine and built into an amazing maze right into the hills. 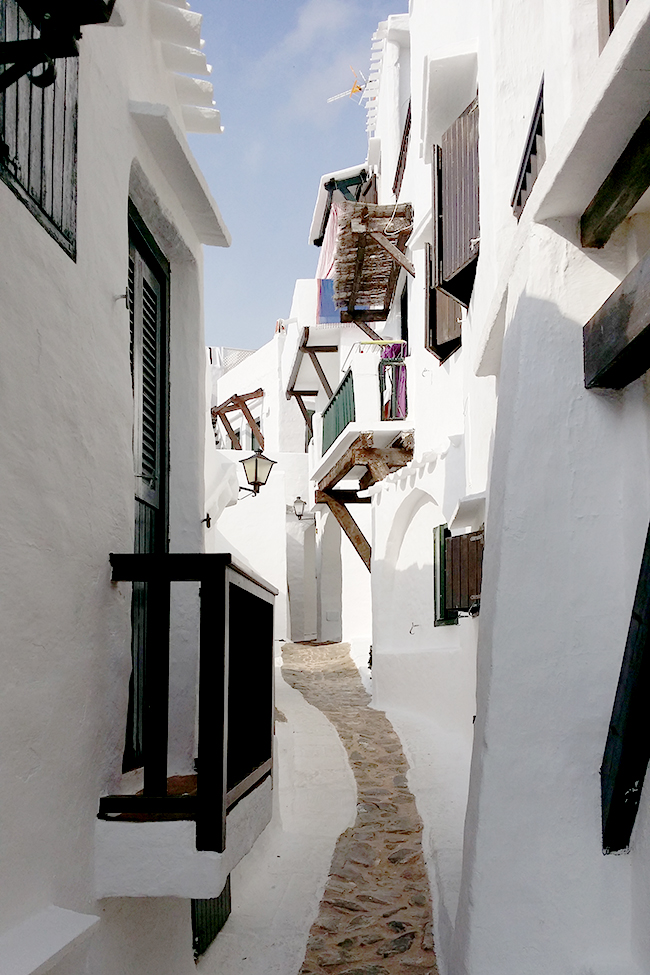 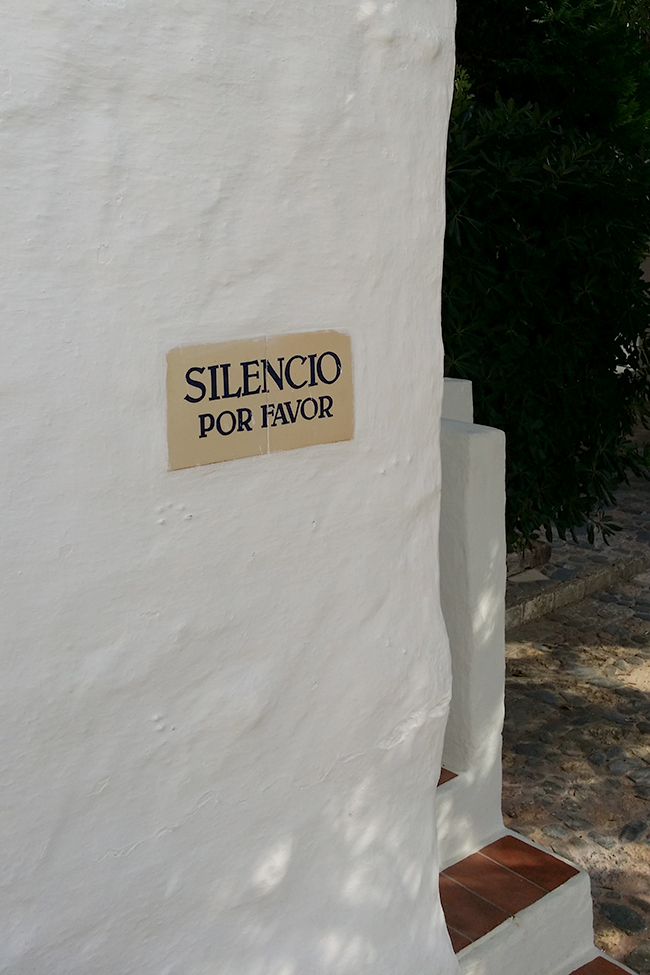 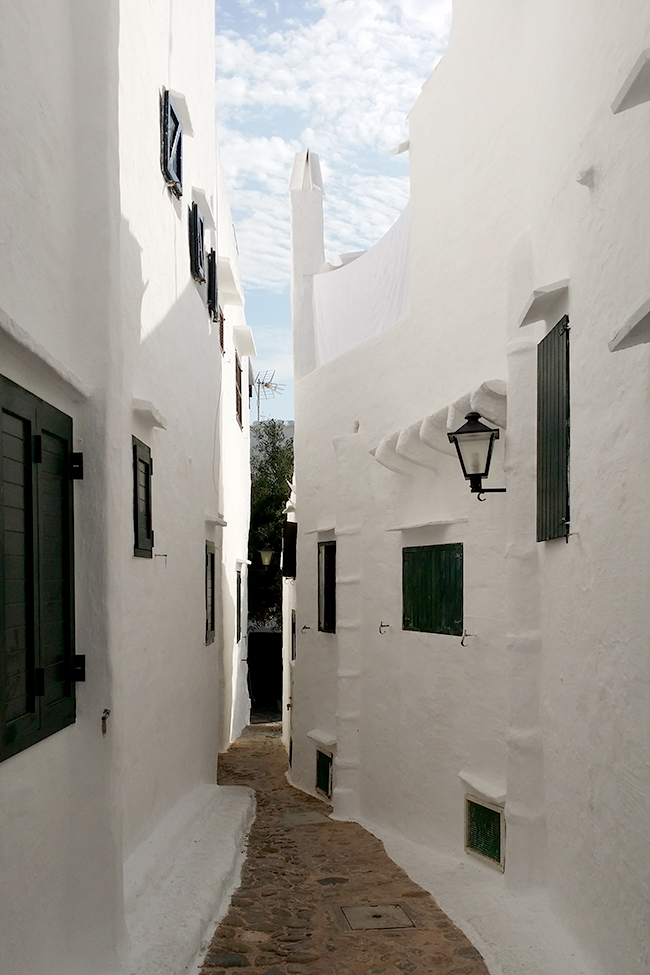 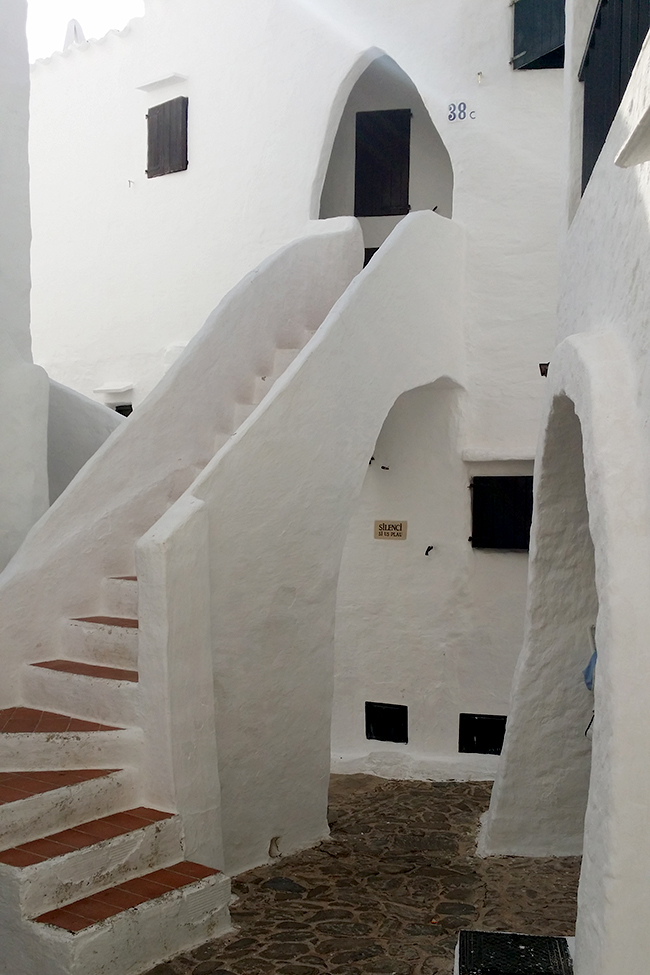 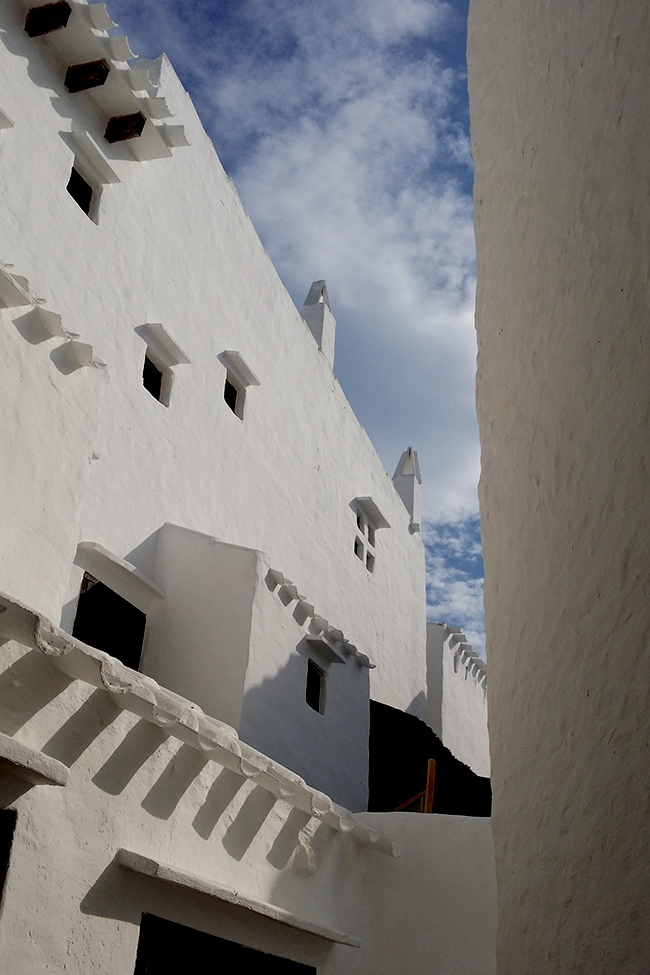 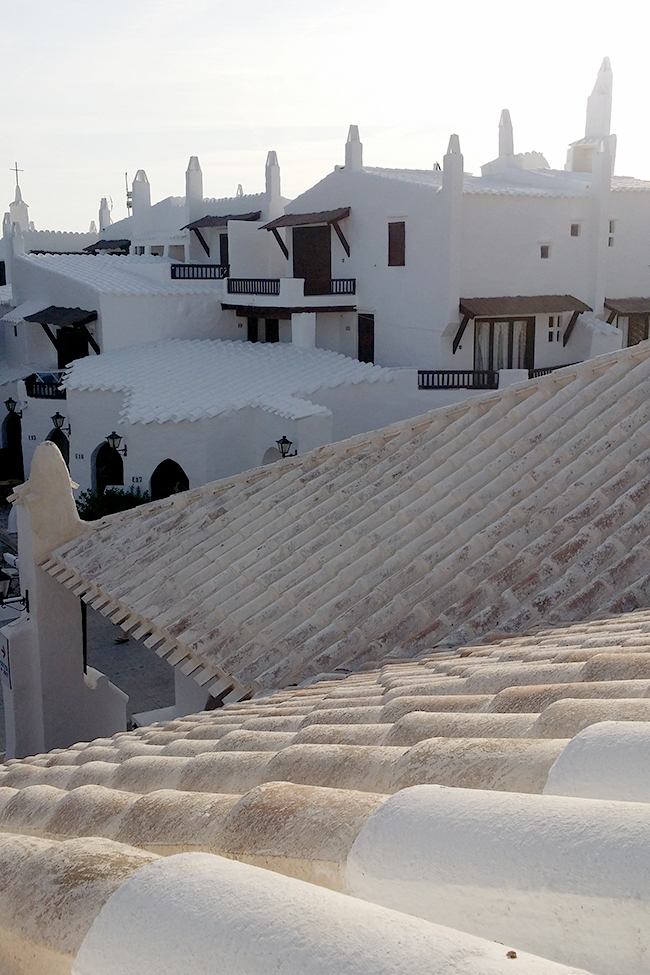 There’s a small fishing port there as well which was just gorgeous (especially at night which I failed to capture having only my phone to take pictures!) and lots of restaurants, bars and shops as it’s centre. The thing I loved most about it was that it felt authentically Spanish in the sense that it was quiet and clearly a favourite of the Spanish as there were so many people around us speaking the language. 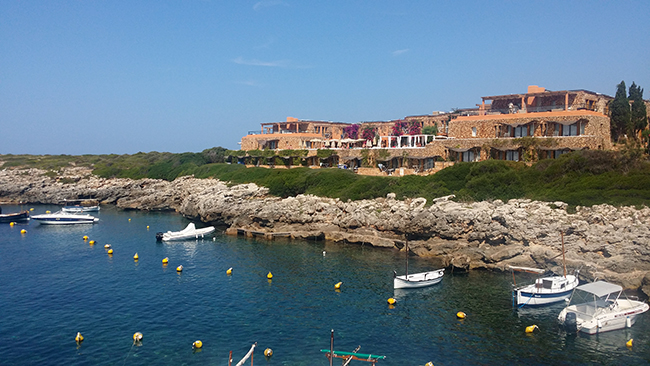 Of course, given my Puerto Rican heritage, all the waiters assumed I spoke Spanish (I don’t, sadly) and so looked at and spoke to me first when we were in any restaurant (Wayne looks distinctly Caucasian but actually knows more Spanish than I do!*) which was kind of funny and a bit disappointing when I had to say sheepishly, ‘Lo siento, no hablo español…’ We’d both really like to learn Spanish – it’s on the bucket list anyway because this happens every time we go to a Spanish-speaking country! 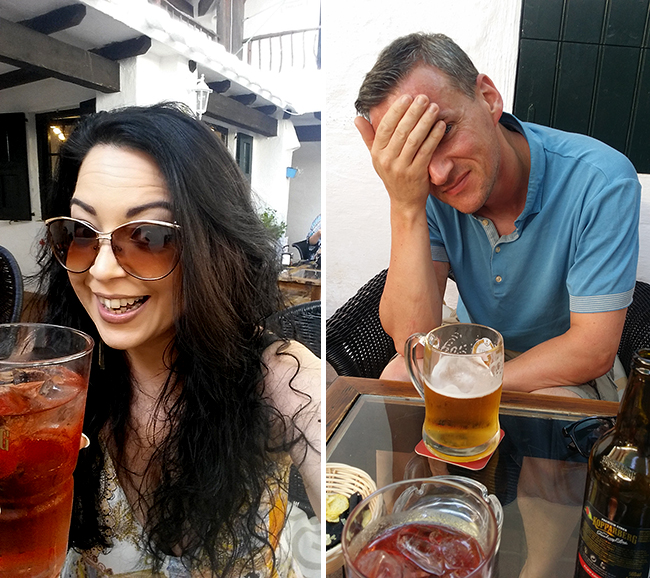 *I was mightily impressed (and a little turned on I admit) listening to Wayne direct a taxi driver in broken Spanish: “Ir a la izquierda aquí! Derecho! Aquí! Aquí!”

The island has a huge number of little coves with footpaths to them as well as plenty of beaches – just stunning! 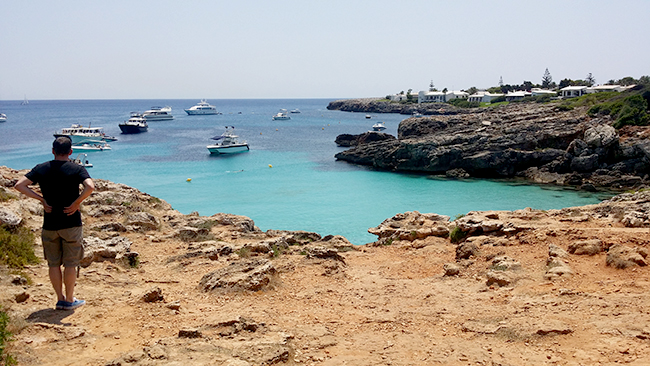 On one of the days, we ventured into the main city of Mahón (Mao) to the main port there. 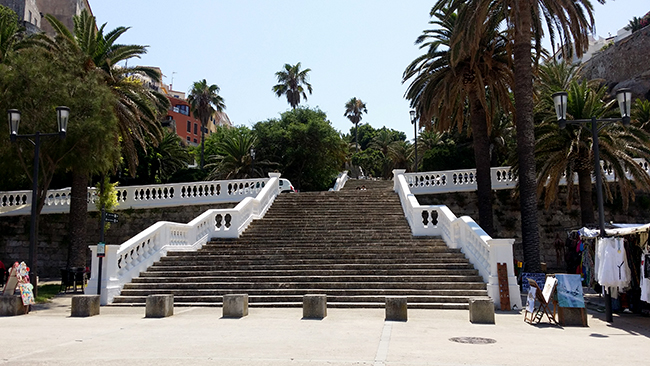 It was just a gorgeous area of the island with loads of ridiculously expensive boats – we had the ‘if we won the lottery’ discussion a number of times while enjoying a gorgeous meal at a restaurant right on the harbour called Blue (highly recommended) looking out on to the water and drinking cold Albariño wine. 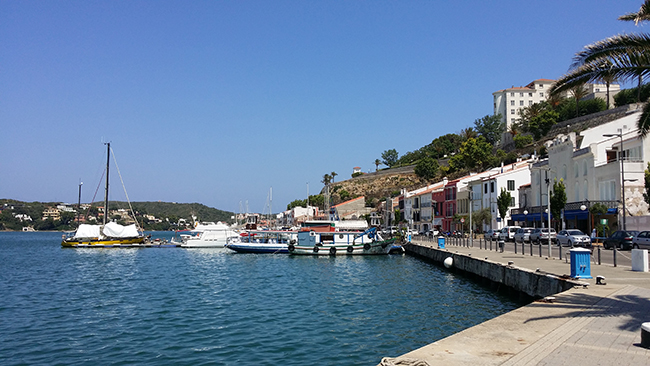 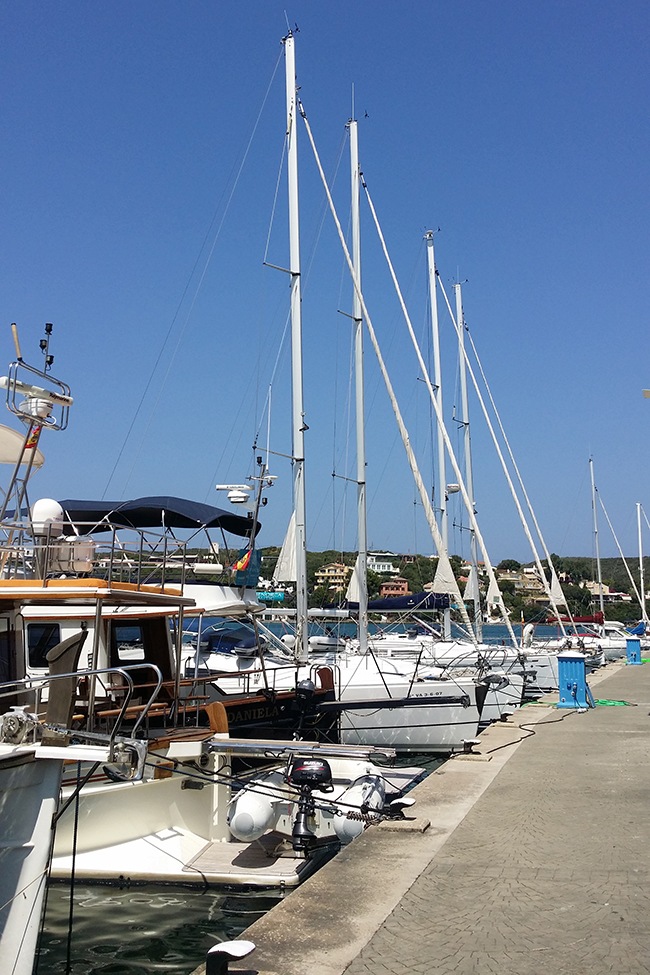 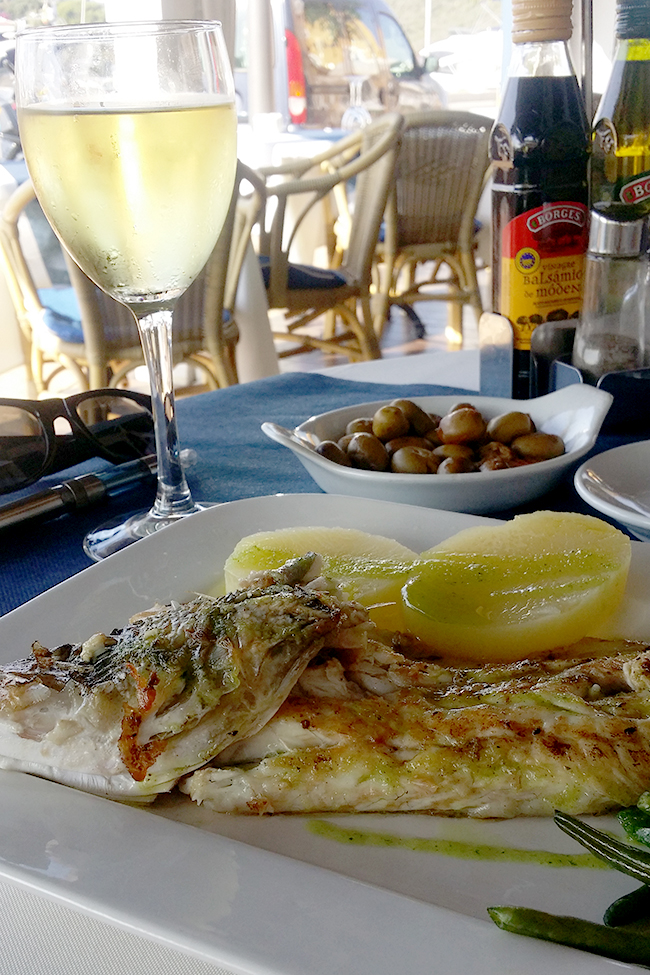 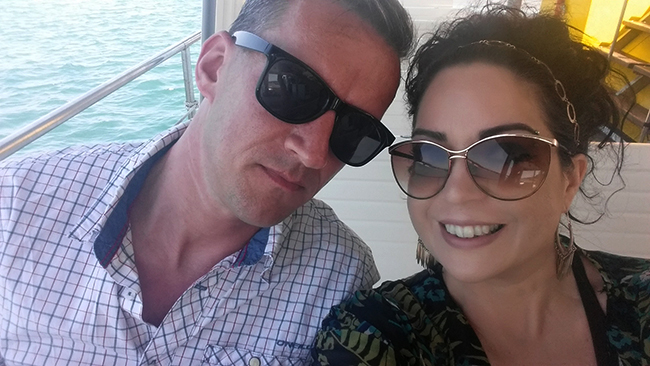 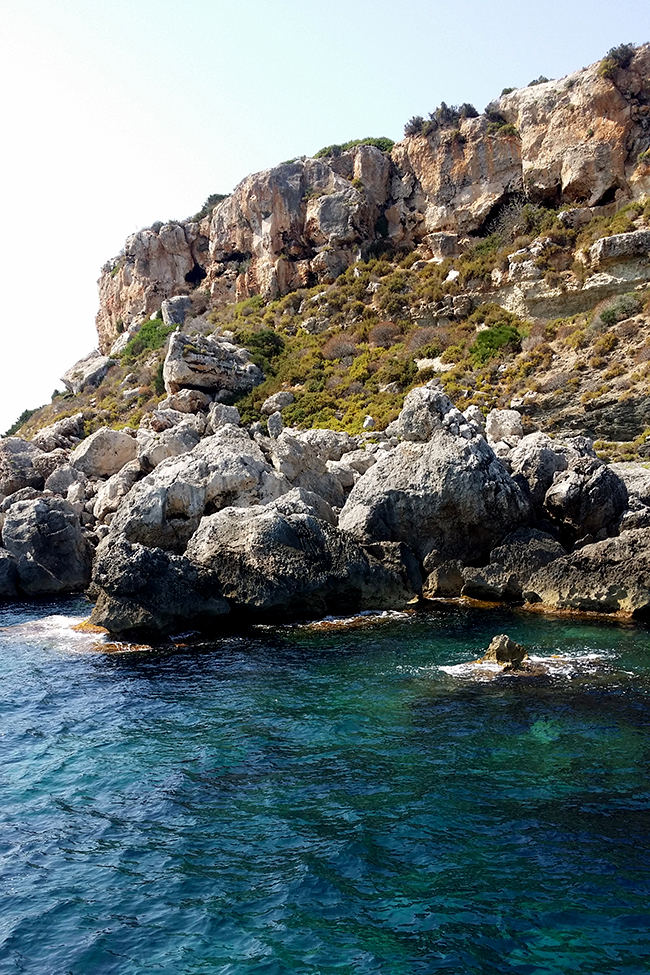 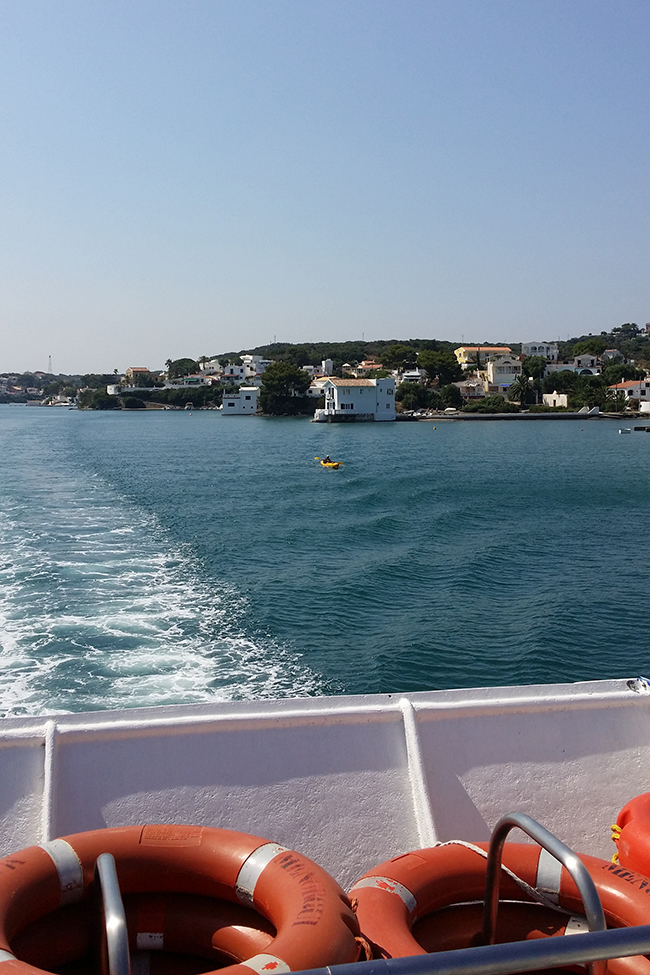 We also travelled up a windy road leading up to Monte Toro, the highest point on the island, to check out the amazing views… 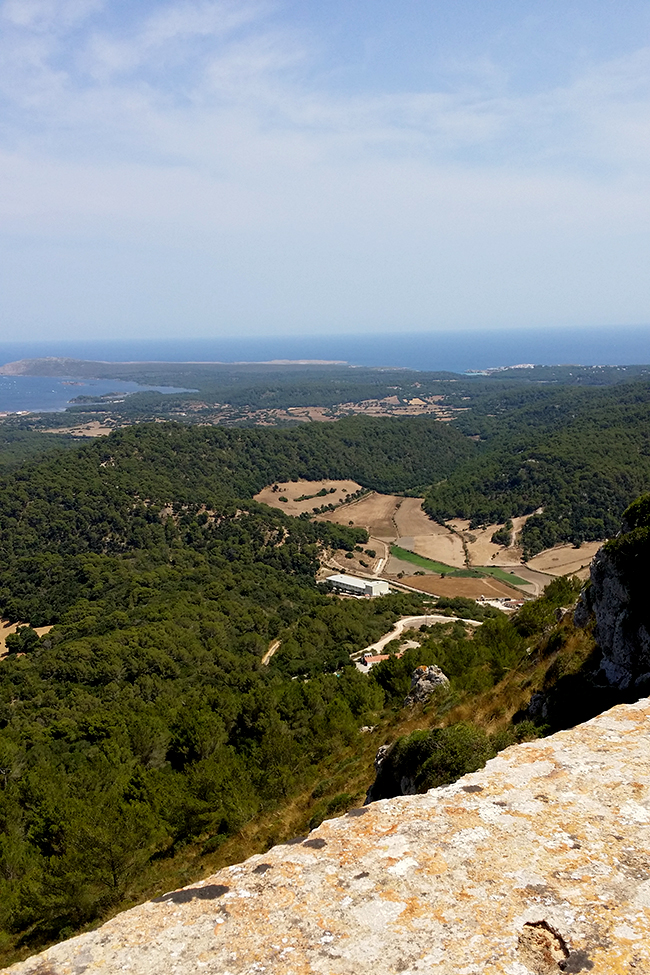 There’s a little church there as well at the top of the hill and it’s just a really lovely quiet atmosphere there. 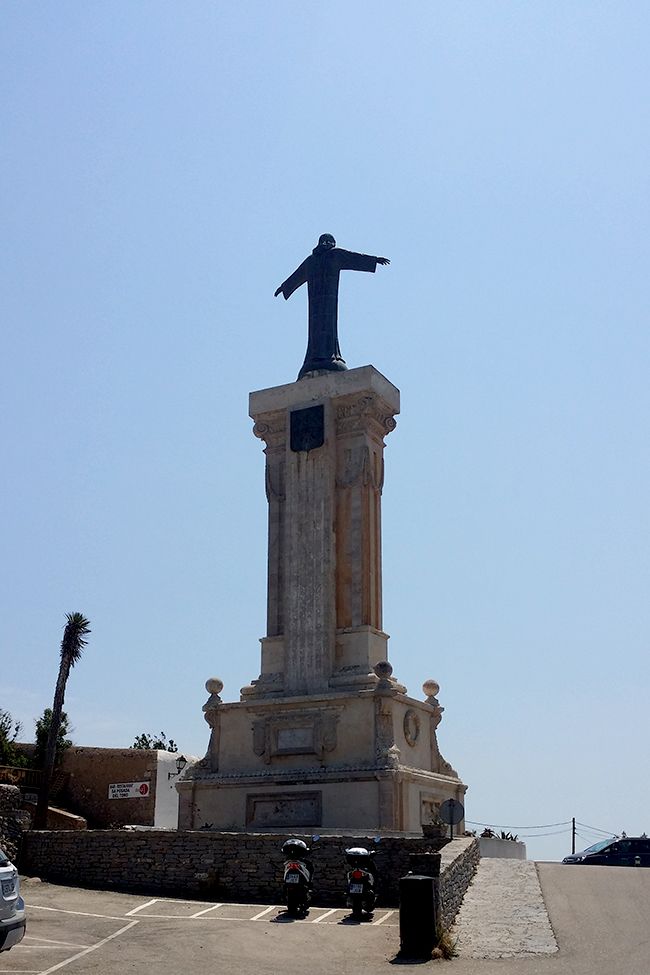 And then back down the hill to explore the village of Es Mercadal, a pretty little town with cute shops and fluttering banners on the main stretch. 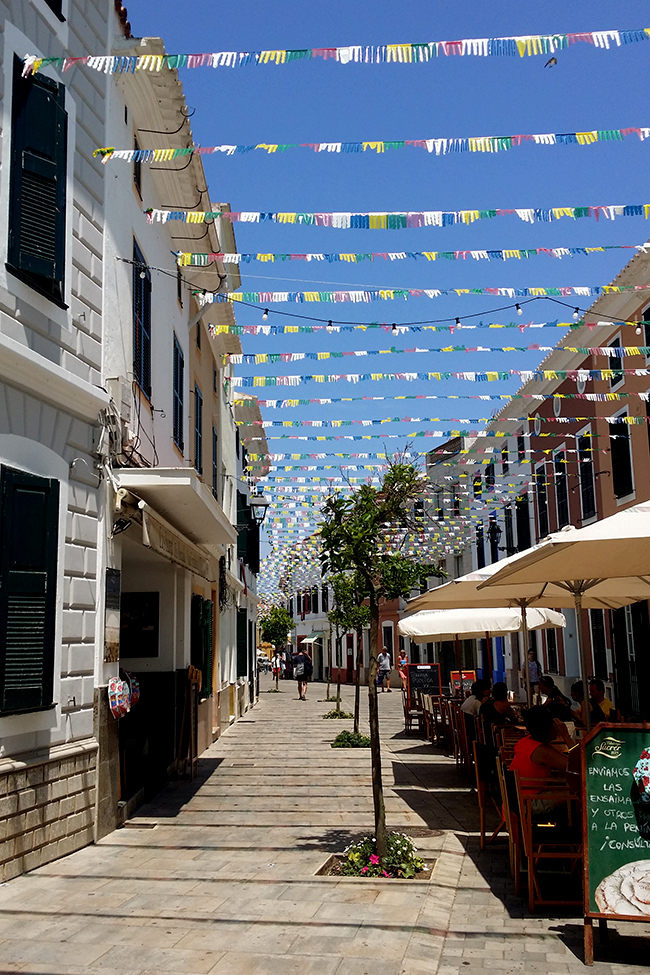 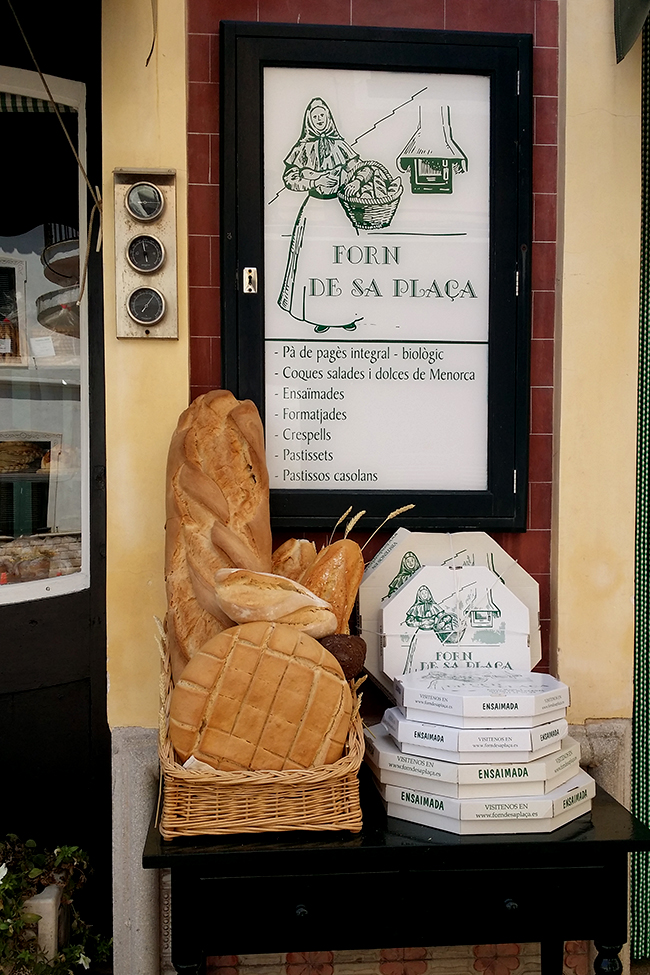 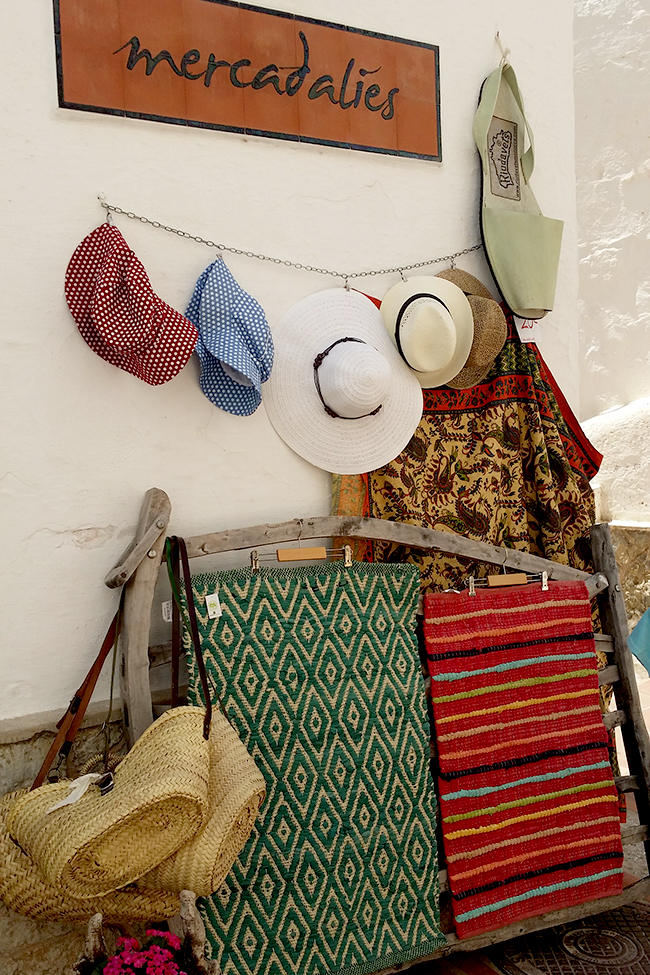 There’s also a wonderful restaurant there called Moli d’es Raco (The Windmill) which was recommended to me by the lovely Will of Bright Bazaar who’d gotten married in Menorca and knew the island well (thanks for your recommendations, friend!!) :) I adored it’s grape vine covered entrance! 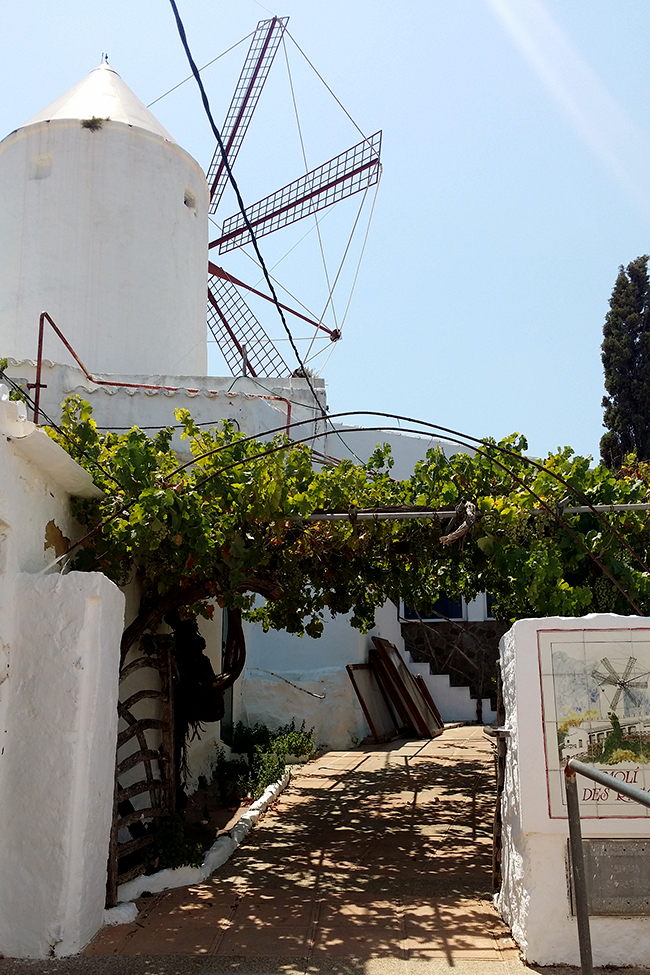 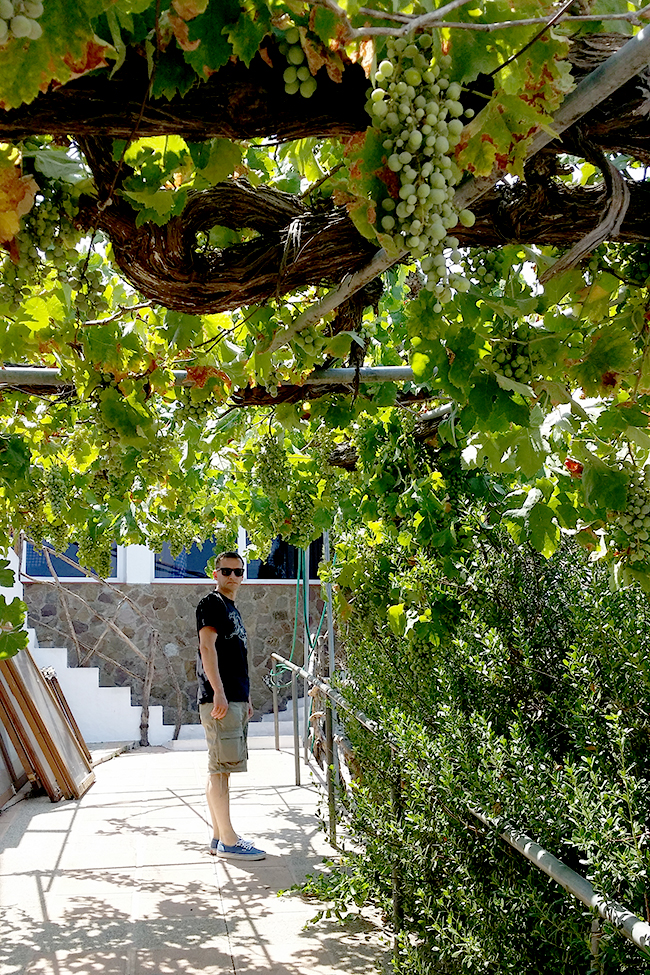 If you do decide to ever venture to Menorca, you’ll also be treated to Pomada – they gave us little shot glasses of the stuff in nearly every bar and restaurant we went to which is basically a gin and lemon slush which is ridiculously yummy and made with the island’s own gin, Xoriguer. 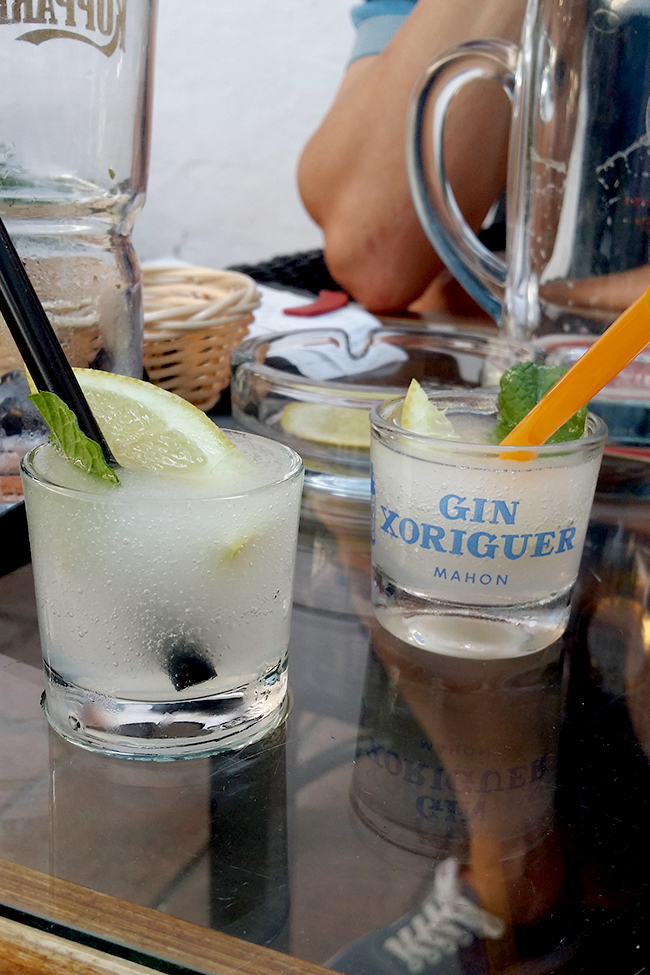 I also just had to share this amazing pina colada I also had in Binibeca – nothing like a great presentation right? 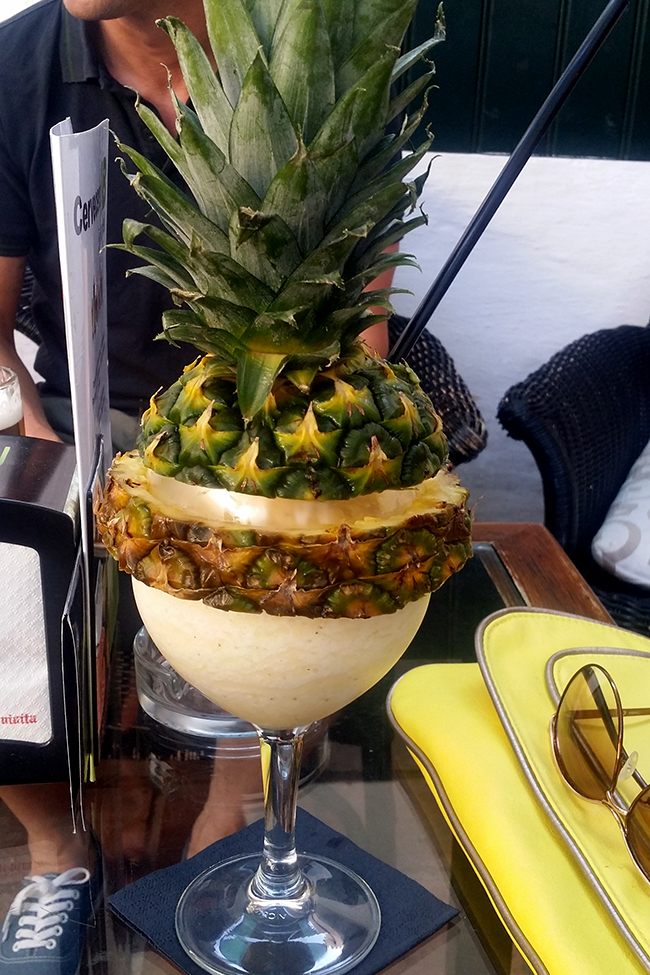 Anyway, so that’s a little run down of our amazing trip in Menorca! We went for 7 nights and absolutely adored it – we’re already planning on going back again and exploring more of the island. It’s quiet, family-friendly and just a lovely quiet island with plenty to see and do.

Have you ever been to Menorca? Fancy going now that I’ve shared a bit with you? I’d love to hear your favourite island paradise – where should we go next?!