*Or ‘The Things I Really Want But Can’t Have’

*Or ‘Thoughts on Ageing but also PRETTY THINGS’

You can tell I’ve struggled with a title for this post. Oh yes, it’s that time of year again. It’s my birthday on Monday. (Dear god, WHY DOES THIS KEEP HAPPENING?) I think once you get passed the excitement of your 21st, the years fly by faster and faster and it’s like someone is hitting the accelerator on time itself. I would have been pretty happy to have just stopped on erm… say 33 or so? That would have been nice. But no, 33 happened quite some time ago so I just have to buckle down and accept that I – like every other person on this planet – is continuing to age.

Ok, so I do think I’m a wiser version of my younger self. My 20 something self hadn’t really figured out anything yet, she didn’t know what to do with her life, her “career” was more just a “job”, she was in and out of more relationships than she would be willing to admit (*ahem*), she had no clue what to do with that big mane of curly hair and she hadn’t yet mastered the eyeliner flick.  My 30 something self felt like she’d finally cracked the big ‘who am I, really?’ question, found the man she didn’t even realise she was searching for and finally felt like commitment (to anything really) wasn’t actually so bad. It’s not like I want to go back to being those people though. In my early 40s, I’m much more confident, understand much better my ‘place’ in the universe, I have a much better relationship with both my mind and my body and I know now how important quality of relationships are over quantity (and how much harder it is to keep those relationships going). So maybe this ageing thing isn’t actually all that bad, right?

So this year, I’m keeping things pretty low-key. Wayne and I are going to a nice hotel, we’re going to have a fancy meal and he’s baking me a cake (aww!). It’s all a girl – scratch that – woman can really ask for.

However, that doesn’t mean that I can’t still dream up a bunch of stuff I’d have on my wishlist if money (and location) were no object. So I thought today I’d put together a little list of things that would making getting older just that little bit more fun.*

So the first thing on my dream birthday wishlist is a set of 3 brass Circa Lighting Hicks Pendants for my kitchen. Nope, you can’t get them in the UK and yes, I could have them shipped from the US but alas, I do not have like a zillion pounds hanging out in my bank account for such frivolity. I have loved these for far too long and still dreamily gaze at kitchens (like this one by Caitlin Wilson) which are lucky enough to have them in multiples. 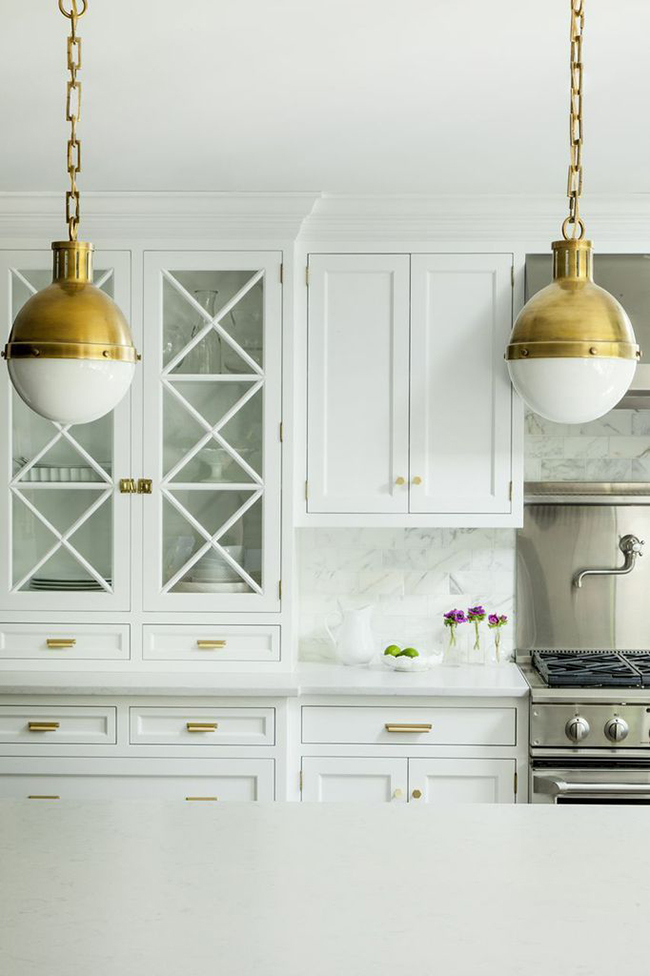 The second thing on my wishlist is that Nate Burkus would somehow make it possible to sell his Target line in the UK. Ok, I realise we don’t have Target here but surely just a few of his items can trickle here? Pretty please? I NEED THESE THINGS IN MY LIFE. 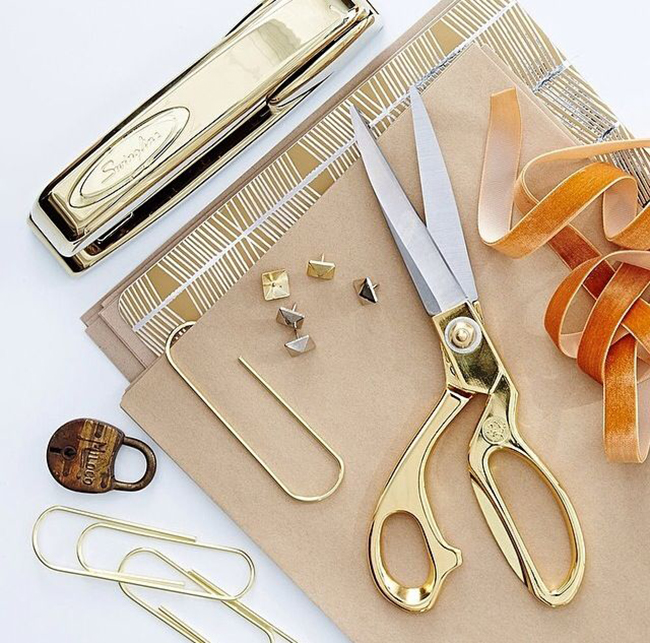 I’ve also pretty much given up a search for a Chinoiserie-style brass etagere. They apparently don’t exist this side of the Atlantic – that pesky body of water just keeps getting in the way of my dreams. I don’t even know where I’d necessarily put it (I can actually think of at least 3 places in my home where I’d like one) but no matter, they are so beautiful that they stay permanently on my wish list. Will I ever have one? Magic 8 Ball says, ‘My sources say no’. Hmph. 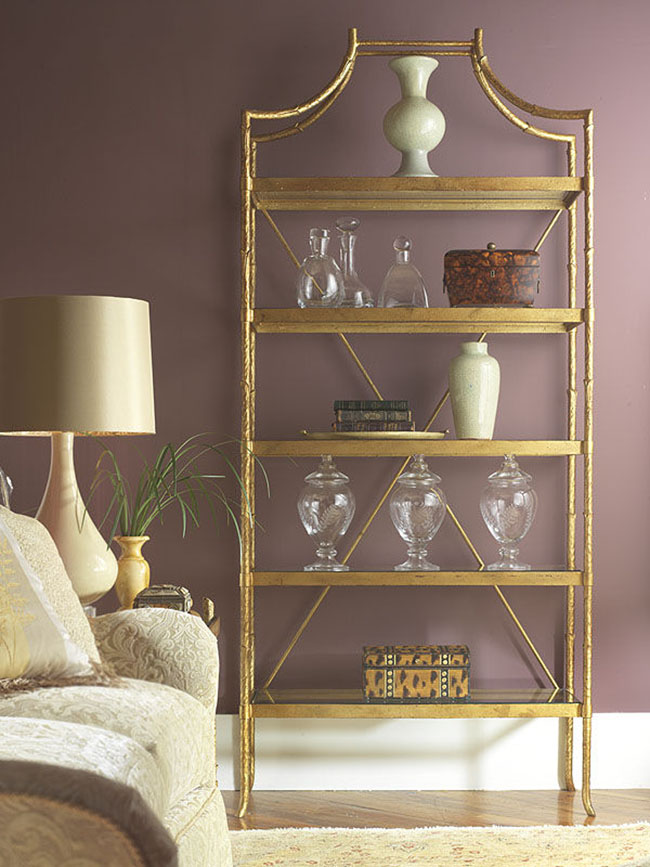 Speaking of things difficult to find, I have wanted a vintage zebra figurine for like ever ala one of my decorating heroes, Christine Dovey. That girl can rock 70’s tat like no one else. I think one would look rather fetching in my home somewhere. If I could only figure out where he’s hiding, elusive little bastard. 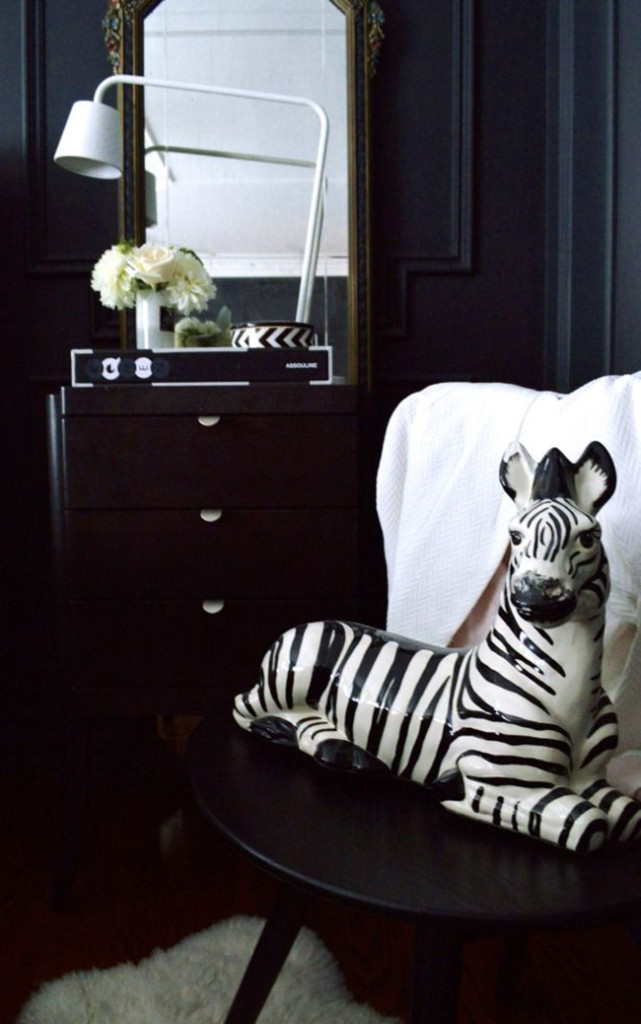 I’m also thinking I’d rather love an animal print stair runner in my hallway. At the moment, my hallway is so far from ‘swoon worthy’ it’s actually quite frightning. Someday, my hallway, someday. And yes, I will look exactly as beautiful and stylish as Sheridan French and exactly this smug when it happens. Hey this is my wishlist, however inconceivable, right? Right. Moving on. 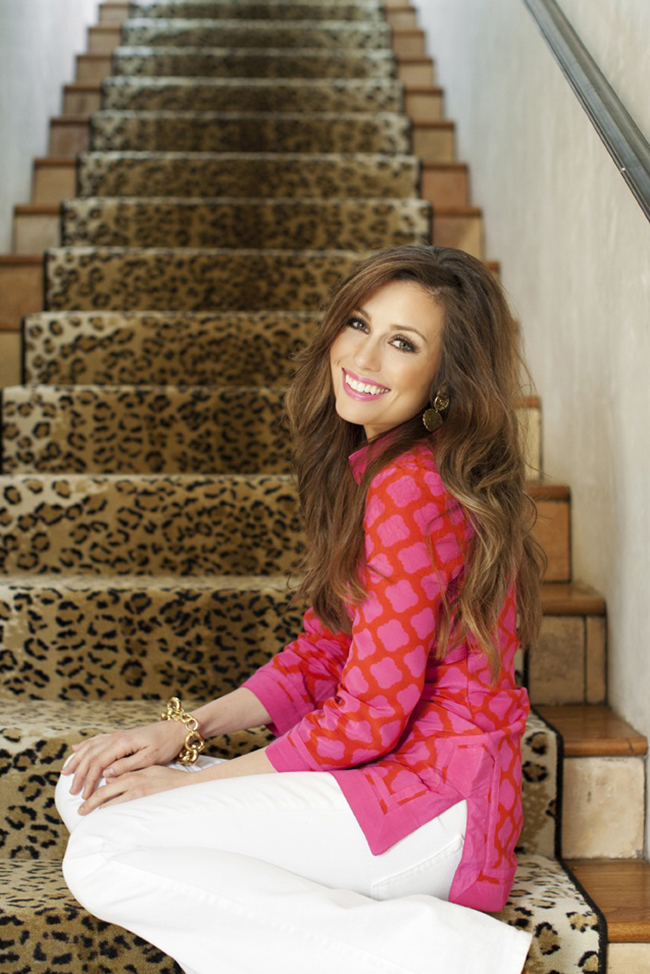 And finally, if money were no object, I would love a gorgeous bench at the end of my bed. This Jonathan Adler lucite and brass number would actually do very nicely thank you. *checks behind sofa cushions for £1800 in spare change* 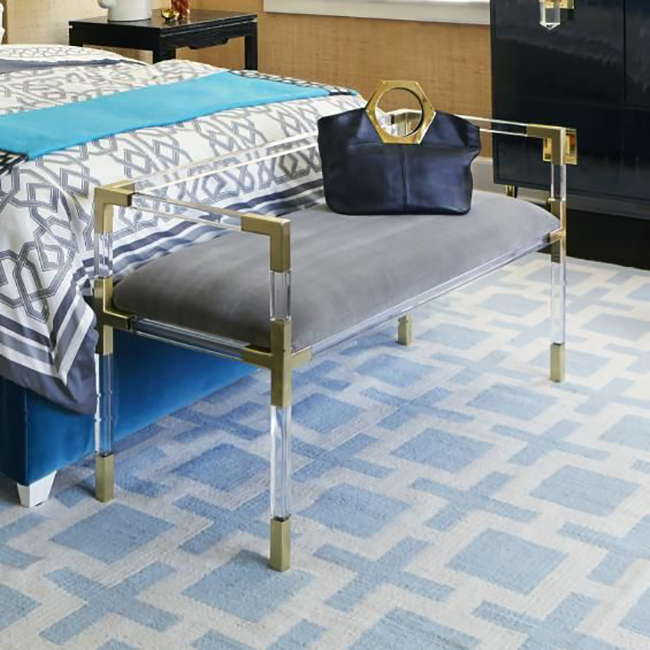 Of course, I would also be asking for peace in the Middle East, the end of all racism, for women to be treated with dignity and respect everywhere and an end to poverty and suffering. And that I stop the ageing process completely right now.

We all have our dreams right? What would be on your ultimate wishlist?

*Of course I am grateful for absolutely everything I have in my life, I’d prefer getting older than the alternative and these are just THINGS and ultimately are meaningless. So I hope you do realise this post is just in good fun! Except for the Hicks pendants. I really do want those.