I do these lists every year and there are certain items that crop up again and again and yet, somehow we never get to them. I reckon I’m completely unrealistic in what I think we can accomplish in a single year but that never dampens my enthusiasm come January when I’m geared up at the prospect of a whole YEAR to work on our home.

So, this year, I’m not going to list out EVERYTHING that needs to be done (because, believe it or not, there is still plenty) but what I think will be reasonable for us to accomplish! Of course, this year I’m going to be working from home which is a massive change from both of us working full time (and thus not home much during the week). However, most of the ‘big DIY jobs’ are things we do together – with Wayne leading the way in the heavy artillery stakes so while I can probably get a few things done myself, the really big stuff will still be fairly slow going! 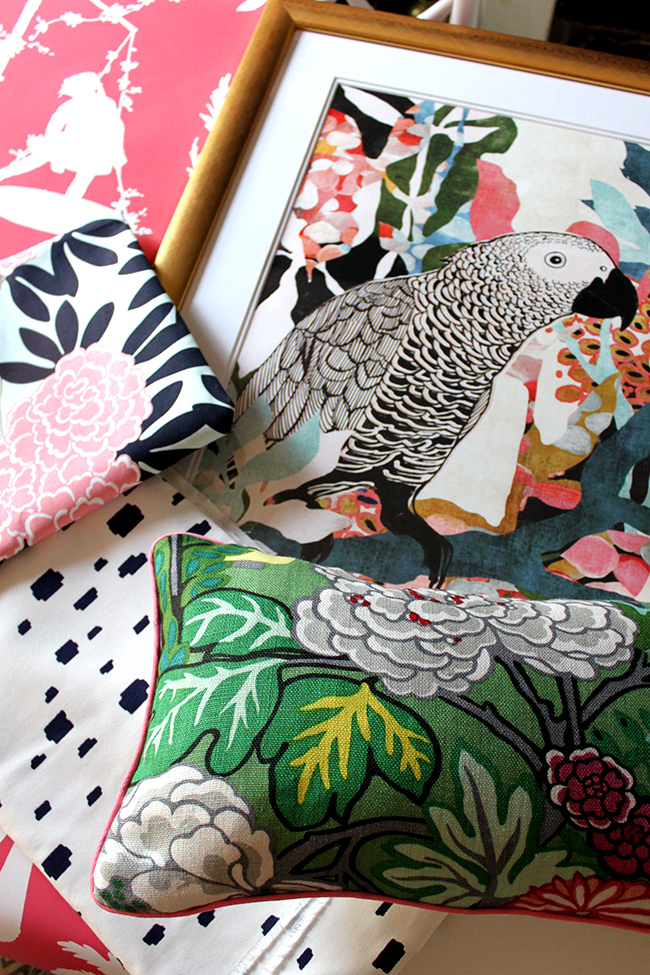 This is a biggie but thankfully, both Wayne and I are really keen on getting stuck into this project this year. I’ll be giving you a little update on that one soon but suffice it to say, there is a LOT of work to be done before we get to the fun pretty parts of the project. At the moment, I’m working from the dining table and so I have notebooks and planners and all manner of bits and pieces that are pretty much just permanently hanging out  in here. Not good. I need an office dammit. So we’ll be working to get it done and I’ll be lighting a very big fire under Wayne if it slows down at all!

As you know, I’m working with Original Style Tiles to give our front entrance a brand new look with Victorian Floor Tiles so hopefully that’ll be happening fairly soon. 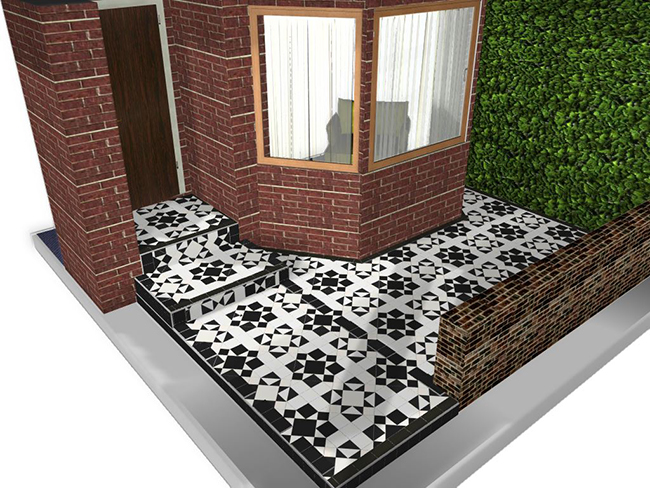 Otherwise, Wayne is keen on replacing our tiny little shed with something a little bigger. Our storage area in the cellar is becoming a bit too full with tools and paint and DIY paraphernalia and having a larger outside storage area would really come in handy. The patio area will remain untouched of course but I’m thinking of a slightly different look for the outside right now anyway so it’ll give me a chance to flex a little garden design muscle out there once the weather warms up a bit. 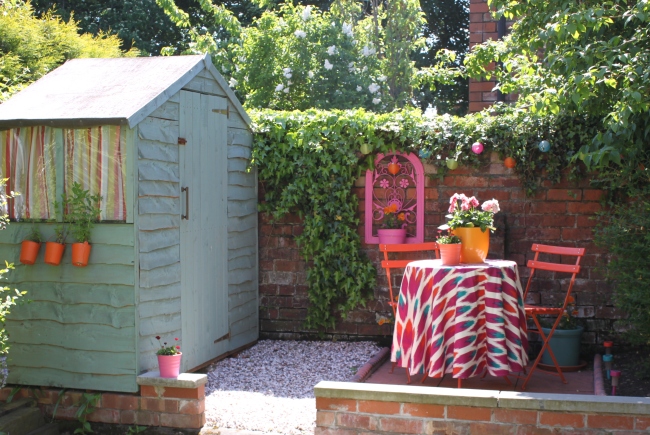 Hopefully we’ll be able to also get the deck completed as well, adding a railing around the perimeter and getting the steps and paving stones down. 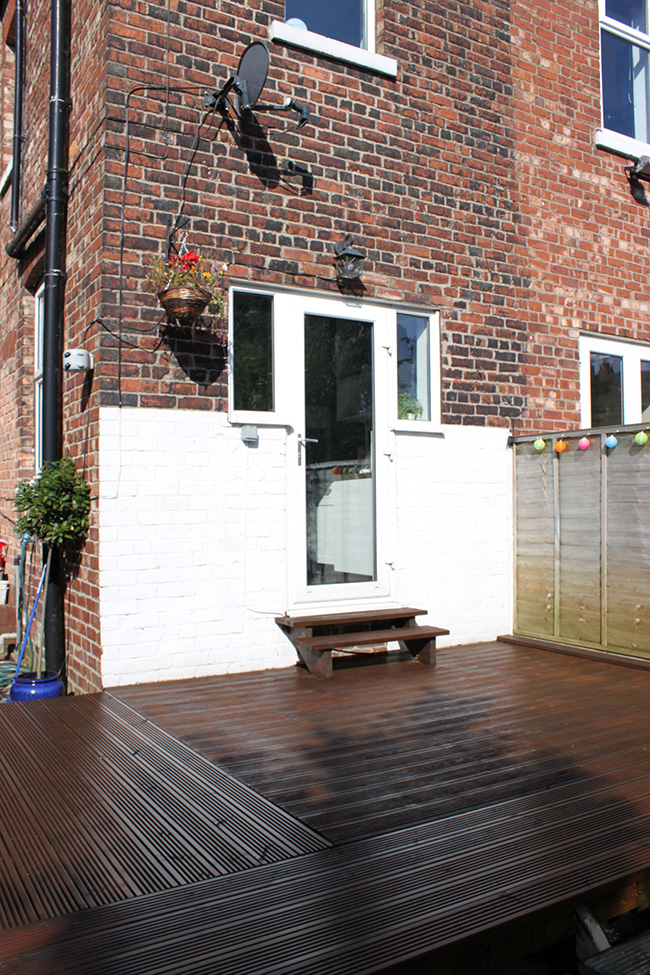 Goal #3 – Finishing Off The Man Cave

Speaking of the cellar, we’ve been doing some work down there (adding a radiator, a new wall mural and a door to the storage area) as well and I need to share that with you guys on here but there’s still plenty to be done with boxing in some pipes and wires, finishing the stairwell and making it look blog-able (is that a word? it should be) so I can share. But that’s definitely on the list. 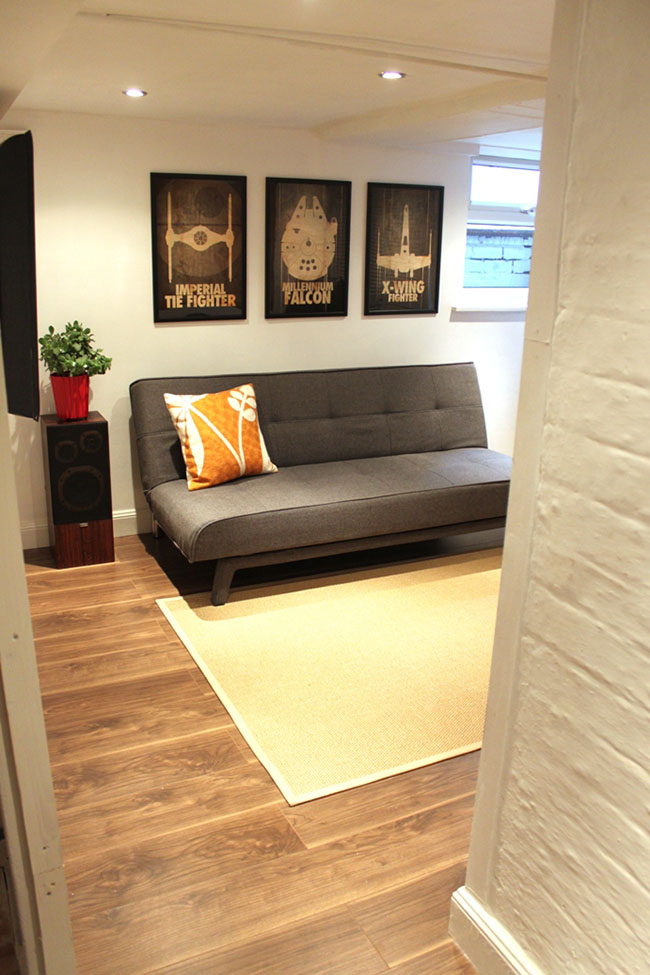 And finally, the kitchen has been neglected a bit last year and there are still things I really want to do – replacing the countertops has been on my wishlist 3 years in a row now (make a decision already, woman!!) and dammit, this is the year it’s gonna happen. I also want to replace the extractor fan and the lighting in here and bring in a little more brass! I did add just a touch of brass the other day, however, so I’ll share that with you hopefully next week. 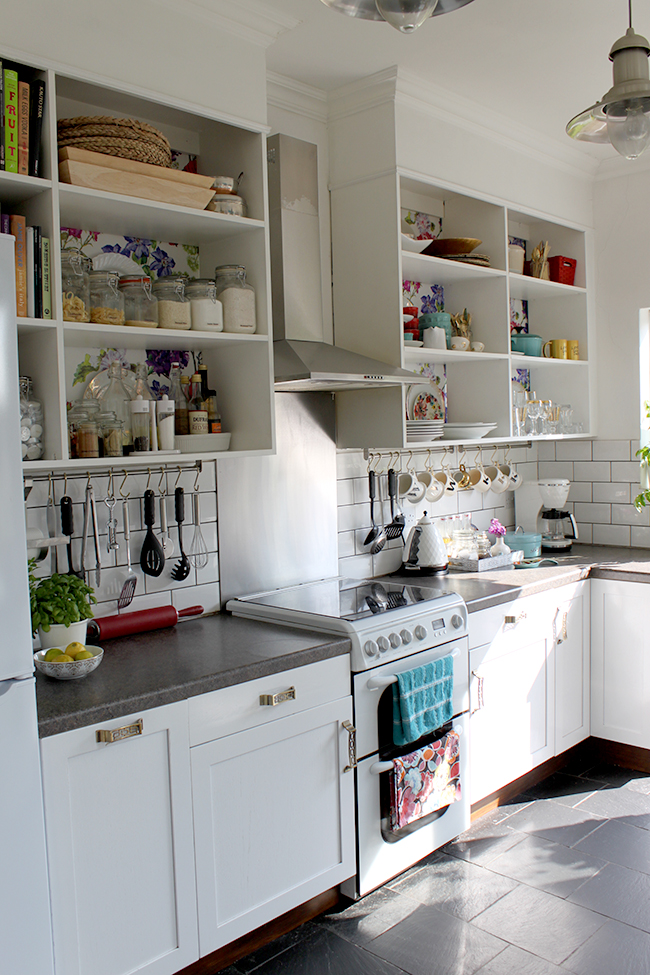 As for this here little splodge of the internet I call Swoon Worthy, I have quite a few things planned! I want to showcase more simple DIY tutorials (ie., not of the ripping down ceiling variety) every month, create some really cool resources (I have one I’m itching to get started so more details on that one soon!), and start giving my subscribers something extra to look forward to rather than just an email notification that I’ve posted something new. I also have some other plans in the works that entails selling my art (I know, I know, another thing I’ve been talking about far too long). There are a few other things I have up my sleeve but I’ll reveal all when the time comes (oooh she’s sneaky).

Obviously, there are always a million other little things happening here so these won’t be the only things I’ll talk about this year but those are my big five!