So… I spent a good portion of my weekend buried in baubles, garland and glitter. Which, in my eyes, is not a bad way to spend a weekend. However, going into Christmas decorating with no real clear idea of what I was planning on doing was a little bit of a recipe for – not disaster, per se – but more like panic, second-guessing and manically hovering over the ‘buy’ button on shopping carts full of impulsive purchases because OH MY GOD THE HOUSE HAS NOTHING TO WEAR. 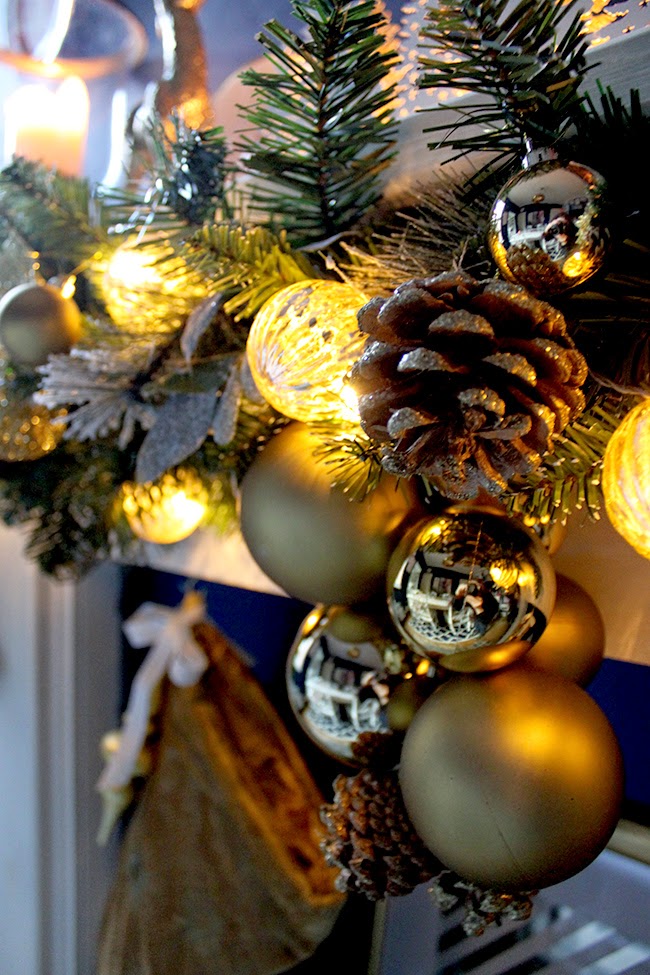 Yeah, okay, I can be dramatic at times.

Anyway, I had swore to myself that I wouldn’t spend loads of money this Christmas because I do it every year and I’m trying to save money.  So the impulse buys didn’t get purchased. (sigh) Like many of you out there I’m sure, I feel this pressure/need/want to have a different look every Christmas. Which I realise is probably crazy to the non-interiors obsessed out there. I mean, WHY? My mother used to drag up the same old tired boxes of cheap n’ cheerful decorations year in and year out until I remember begging her one year PLEASE can we get some new stuff? To be honest, I don’t think we ever did. Maybe it’s part of my childhood that I’m rebelling against – I’m sure a psychologist would have a field day with that one.

Annnnyway – so I guess suffice it to say, I’m not actually finished my decorating yet. I mean, I’m close… the tree is up and looking rather pretty if I do say so myself and my mantle is all done. But there isn’t much going on in the rest of the house and there are still a bunch of boxes full of bits and pieces that maybe I’ll end up using somewhere so I’m just going to work on it here and there until I’m happy. 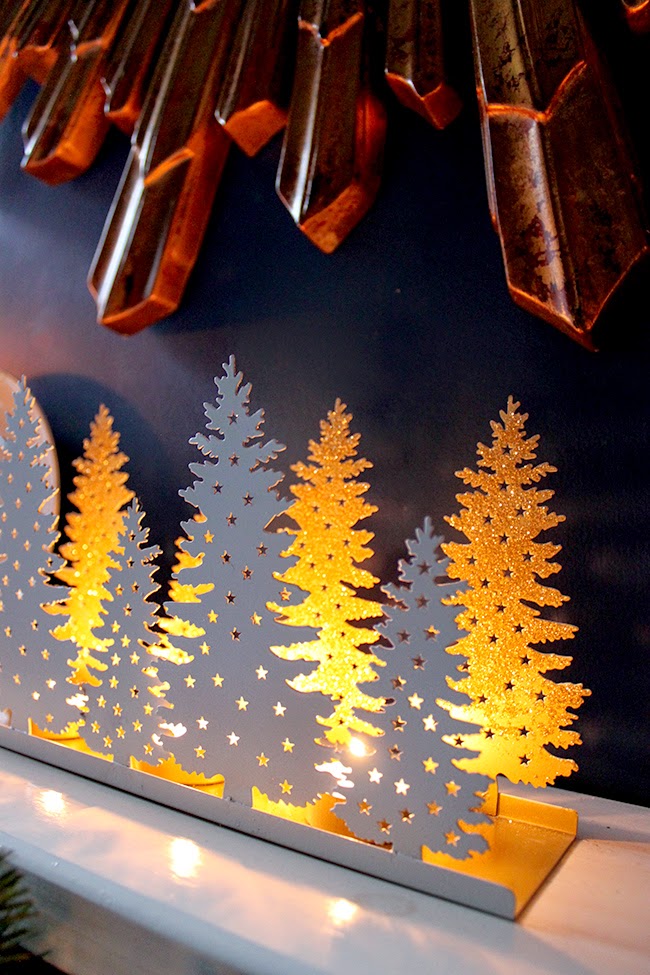 But I didn’t want to leave you guys with NOTHING so I took some shots of the mantle for you here today. I decided in the end to go for a really simple gold & white scheme with lots of greenery. The lighting, however, has been DISMAL because it was pouring rain and dark outside when I took these so apologies that the lighting isn’t a bit better. I might actually reshoot these on a brighter day because it annoys me when I can’t get a decent shot.

Anyway, here she is… 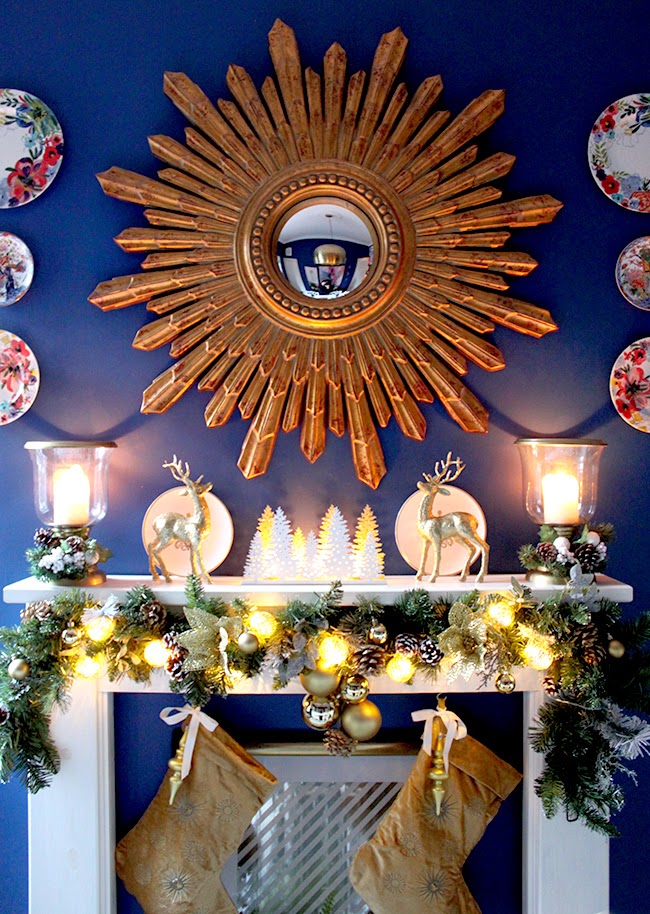 It feels Christmassy and I did end up buying that little tree scene tea light holder from Next. It matched my scheme so well and it was only £12 so ya know, treat yo self. (I can’t believe I just said that, shoot me now.) 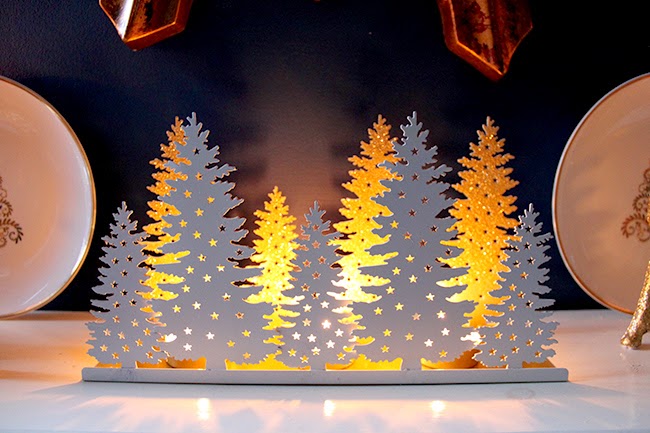 The mercury string lights are new as well – I think they were £7. Pretty much everything else I had already. 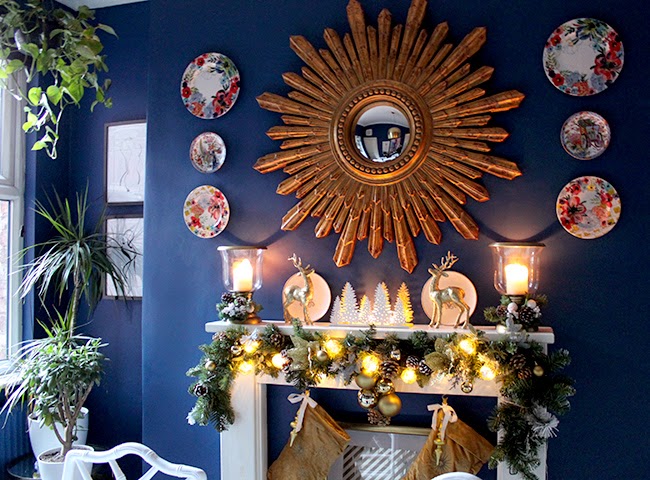 I think it’s a bit too subdued for me if I’m honest. I usually go with a colour scheme so perhaps I’ve played it a bit too safe – initially I wanted some navy blue in the scheme but I couldn’t really find anything in the shops in that colour (which is weird because it was such a huge trend this year). 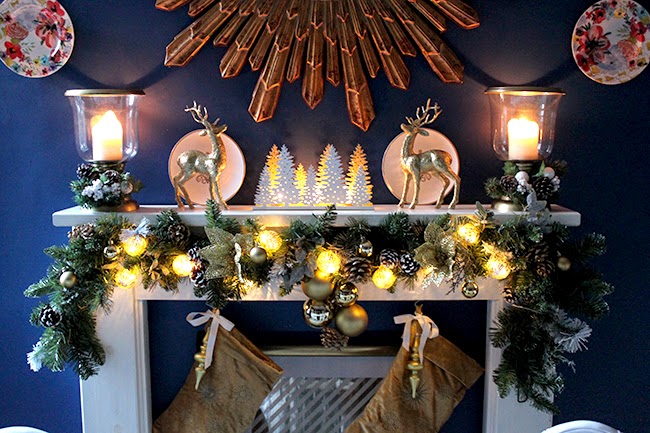 But I suppose there’s always next year to go bright and bold again right?

How have you decorated for Christmas this year? Are you done yet? Do you change out your decor each year or do you keep things simple and reuse what you already have every year?