You may recall that last year I went to the Ideal Home Christmas Show down in London and while I admit to not being terribly impressed at that show, when I was invited to attend the Ideal Home Show in Manchester this year by sponsors Go Compare, I figured the 10 minute drive to Event City wasn’t too much of a stretch so worth a bit of a wander around. 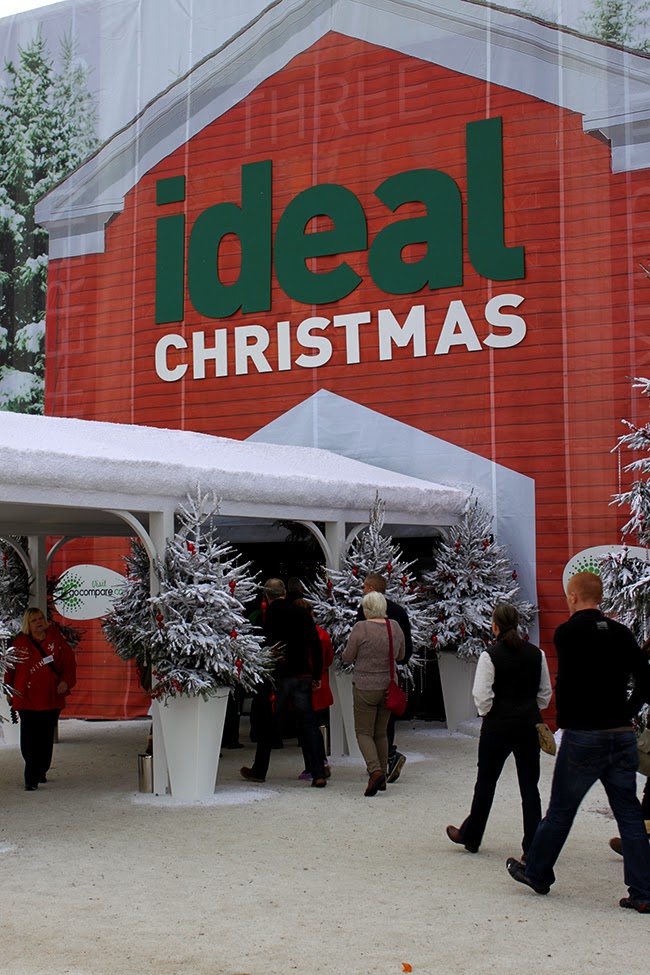 I roped in the lovely Ashley of Live Like the Boy to accompany me to fight off the crowds that were gathered and to get a few shots for the blog. This is us testing out a ‘Selfie Stick’ that was clearly rubbish (note, we aren’t even in focus – still funny though). 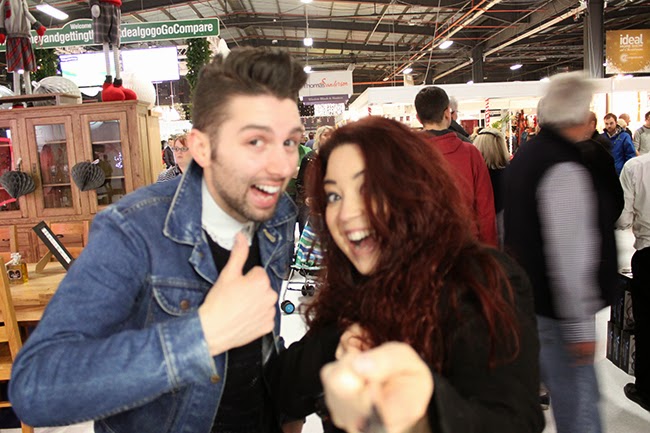 I think the issue I had last year and still have is that Ideal Home don’t seem terribly particular about who exhibits at their shows – I mean, you have everything from waterbed mattresses to shoes to cheap pound-shop like gifts, to teeth whitening. When I think of a ‘Home’ show, I think interiors, I think food perhaps but I don’t really think about signing up for Paintball. 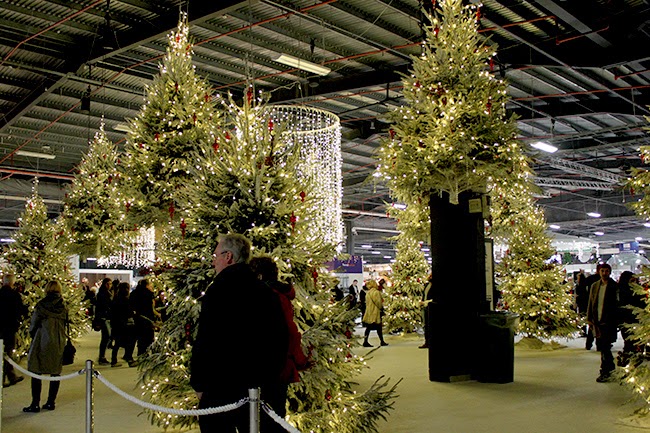 The crowds were insane though and it was difficult to get too many shots of the nicer exhibitors merely because the crowds were 5 people thick at those ones. Nevermind. 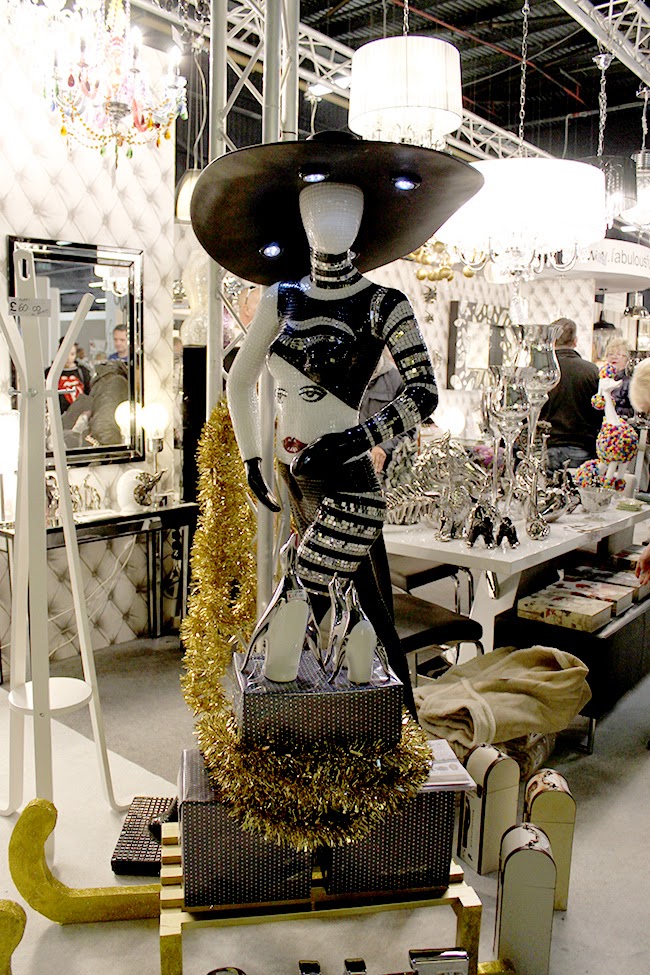 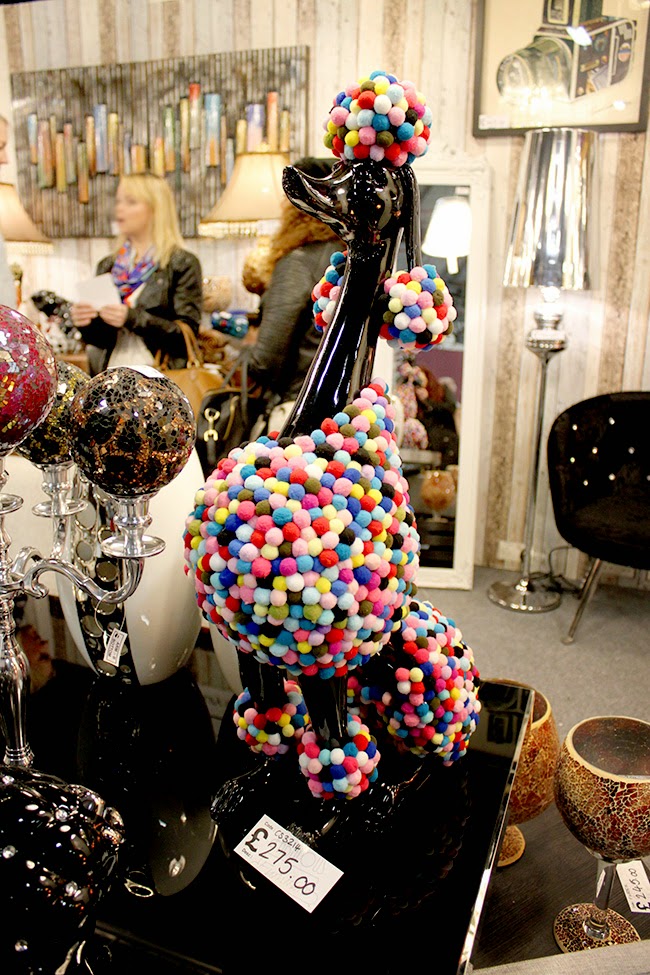 What do you mean you wouldn’t spend £275 on a felt ball covered black gloss poodle?

Ok, there were more tasteful displays. Like the rooms they’d set up which were very cosy English style. Although I did hear one event goer say, ‘This looks very American to me.’ – I’m not entirely sure what she meant. 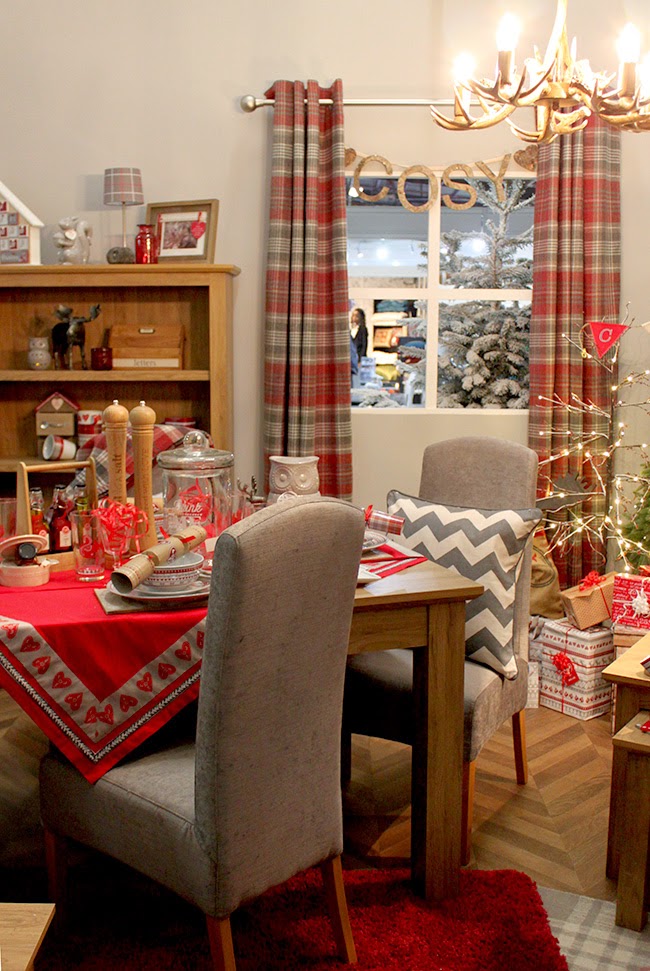 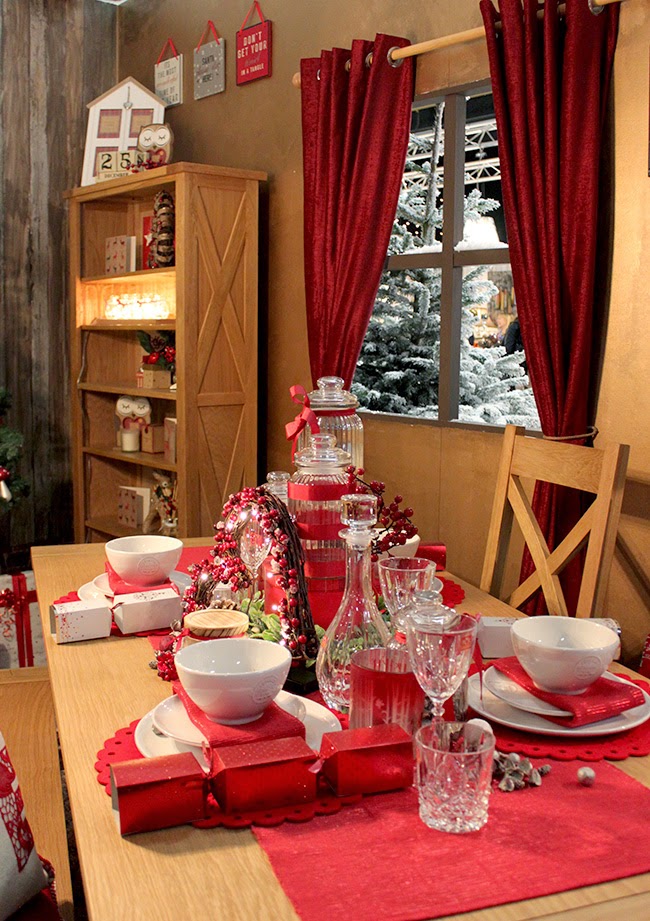 Greg Wallace’s restaurant was a nice touch, however, and he was there greeting people and taking selfies with them. The menu looked good as well. 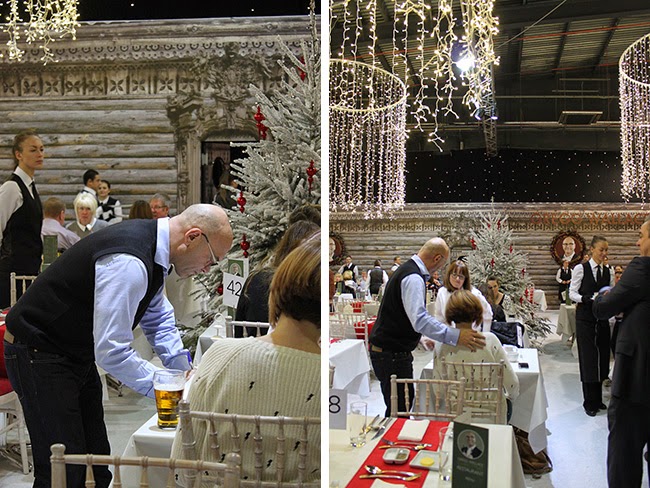 There were a few nice stands like Think Gadgets who had all manner of pretty fairy lights. I was pretty tempted to purchase a strand or two for Christmas. 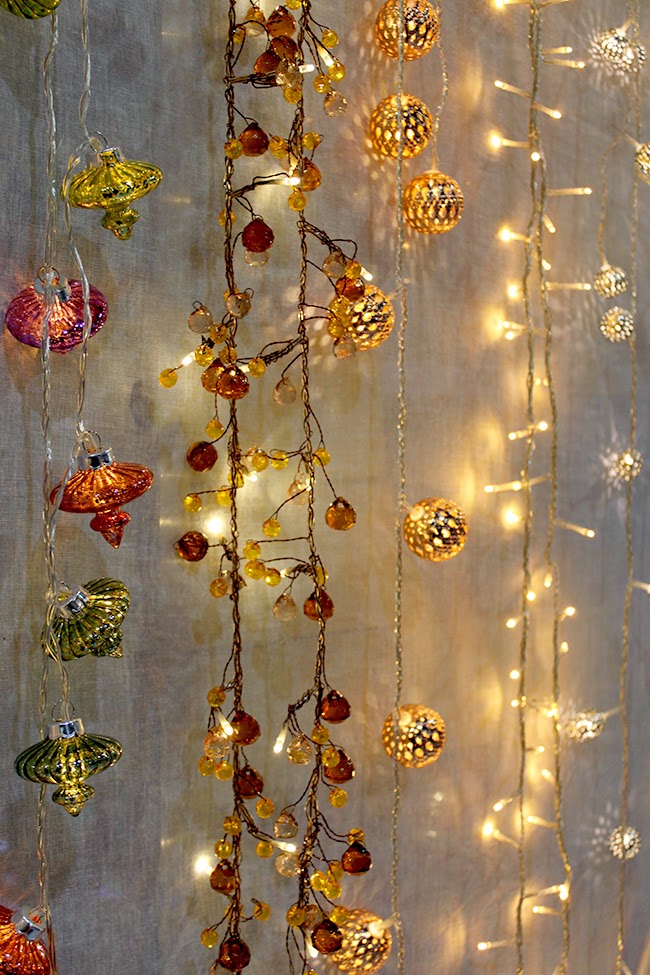 And I thought that Ginger Ray had some really cute things for a Christmas party. 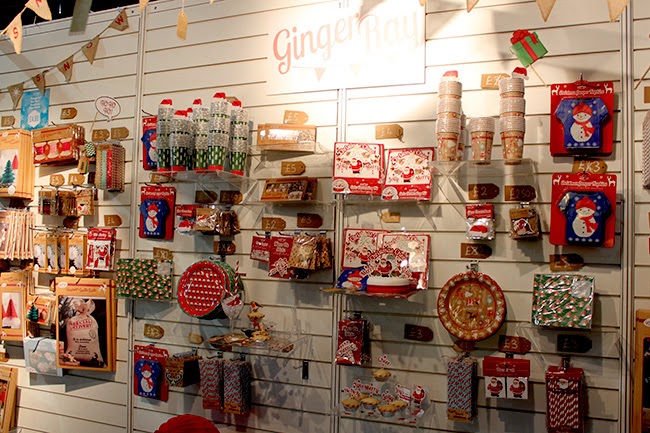 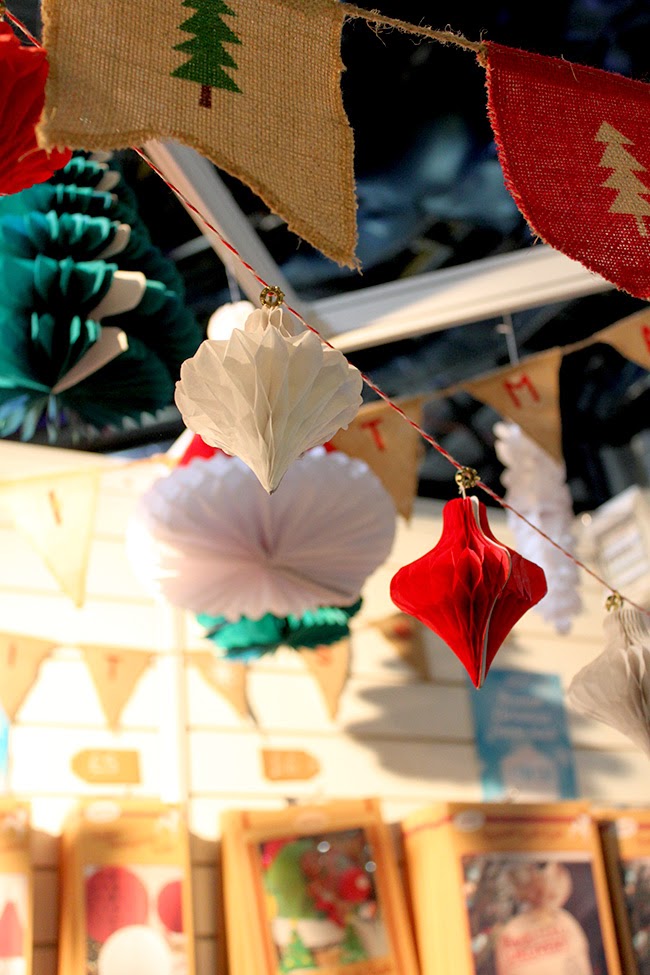 I think the shame is that you really need to look hard for the nicer stands and they are just buried by all the rubbish stands selling tat. Would I go again? Probably not – I ended up (like last year) buying food instead (some flavoured olive oil, a couple of Mediterranean salads as well as A1 Steak Sauce from an American food stand!). But if you are looking for exciting ideas in interiors, this wouldn’t be what I would consider inspirational design.

I did, however, have a nice time simply because of the company (thanks Ash!) so if you are going, be sure to bring a friend with a good sense of humour ;)

Did you go to the Ideal Home show? What did you think?