Front of House: Another project is about to begin… (insert dramatic music here)

Well, my friends, if you’ve been following me for a while, you’ll know that one point of contention in terms of our home is the front entrance. While some of the rooms in the house are near completion (I say ‘near’ because you know how this stuff works, it’s never actually done), there’s a couple rather large projects that are still waiting for us.

While we will be starting soon on the guest bedroom/office remodel (in fact, we’ve been messing around with the plumbing under the floor this weekend), there’s another project that will be happening alongside this one. Are we mental? Yes, probably. But the good news is, we don’t have to break a sweat with this one.

The front entrance and front garden in our home was given a little bit of a refresh last year. I pulled up all the old planting at the front, the rusty-red door was repainted in Farrow & Ball’s Hague Blue, shiny new hardware was added and I added a transom with our house number ‘etched in’. I also gave some of the outside paintwork a new bright and happy coat and placed a new doormat in front of the door. 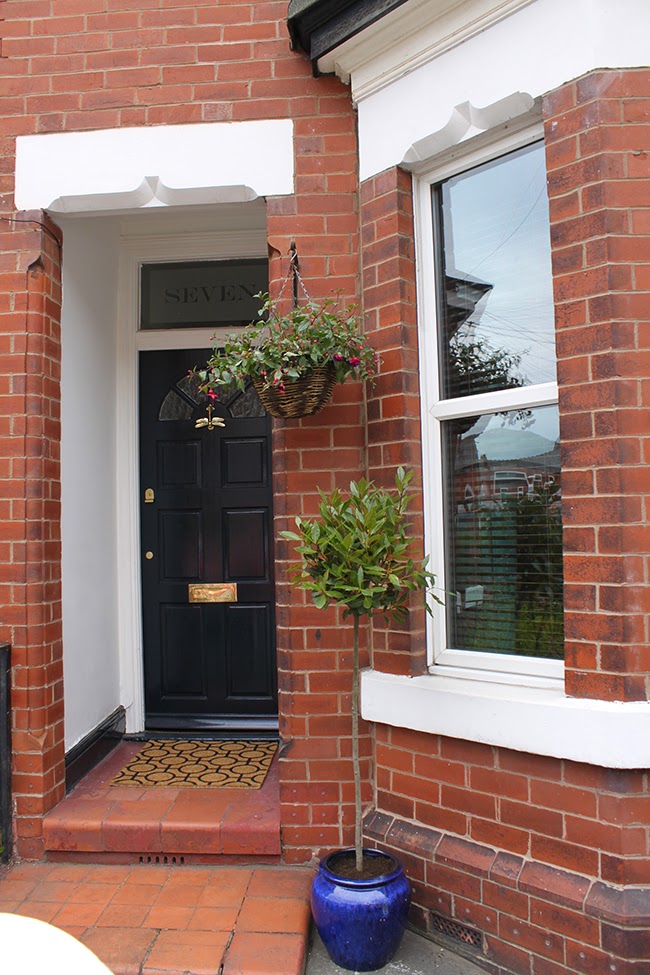 And then we stalled.

I admit, the outside became pretty neglected while we contemplated our next steps.  One of my original thoughts was to put down some Victorian floor tiles in the front and on the path – quintessentially English and so beautiful. Kind of like this… 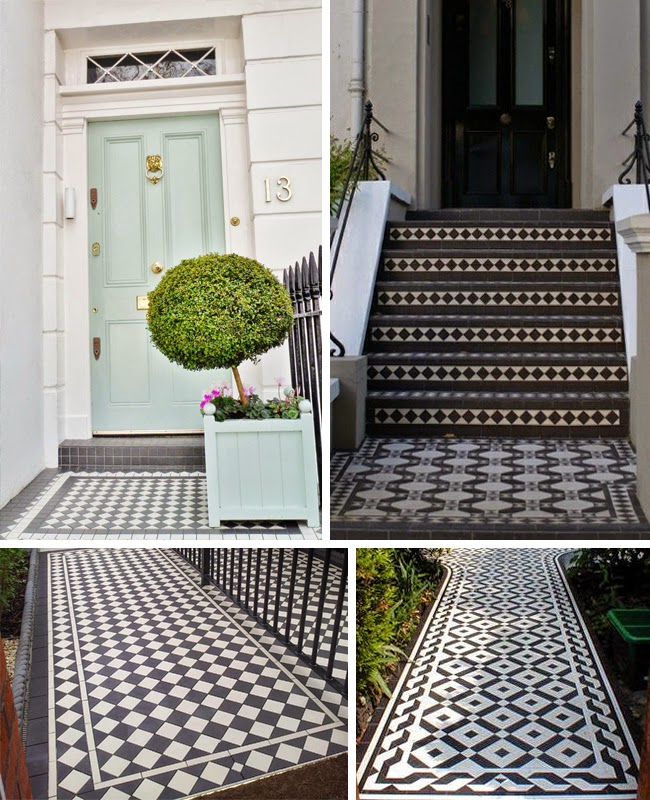 But I admit I was overwhelmed by the choice available. I don’t know anything about designing these kinds of floors, I wanted something that looked contemporary but didn’t conflict with the style of the property. This wasn’t a decision I was just making for myself – this was a decision that would stay with the property for years to come and whomever came after us, would probably need to like it too. No pressure then. I wasn’t sure what I wanted and I was stuck in a cycle of liking everything and deciding on nothing. I thought for a while that we would just use red bricks for the front only because it was easier than trying to make a decision on tiles.

So when the lovely peeps at Original Style contacted me about working with them (we are talking months ago now!), we started to chat. They said that they had done quite a lot of market research on Victorian Floor Tiles many people felt there was too much choice which made it overwhelming or that the choices that were available in the market were a little too old fashioned even though they would be more authentic to a Victorian or Edwardian property. They needed help in getting the right tile for their home that looked current but still be sympathetic to the look and feel of the property.

Yes, yes and yes. That’s totally me too. HELP ME.

And help me they are.

They were introducing some new colours and patterns that bridged that gap between styles that are sympathetic to a property’s age but still looked cool. They were offering design services that took the pain out of creating your own patterns and 3D rendered images of what it would look like for your own home. They asked if I’d like to be one of their case studies.

For the last few weeks, it’s been all about narrowing down the choices – what I actually really liked and what I didn’t (of course Wayne got a *bit* of a say as well ahem). Colours, patterns and styles have been discussed but I’ll talk more about that in a future post. And hopefully if you are facing the same sort of questions in your own property, my experience will show you it’s not actually as scary as it seems. 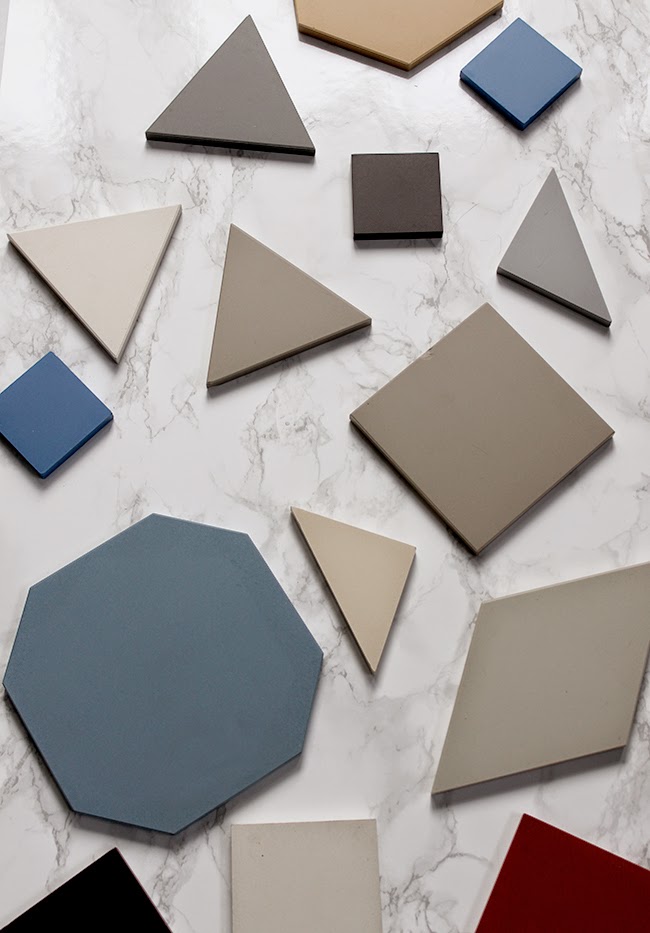 For now, I want to show you the REAL before pictures so you can see what we’re actually starting with. It’s not pretty. It’s been neglected. It’s actually pretty embarrassing because I have not cleaned it, weeded it, swept it – NOTHING – before taking these pics. This is the real deal folks. 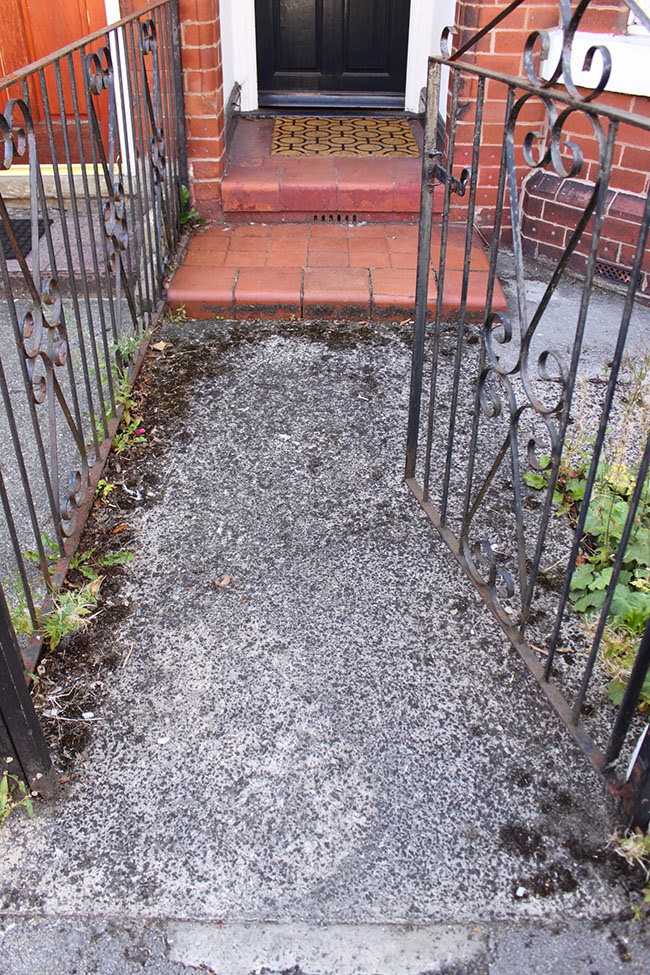 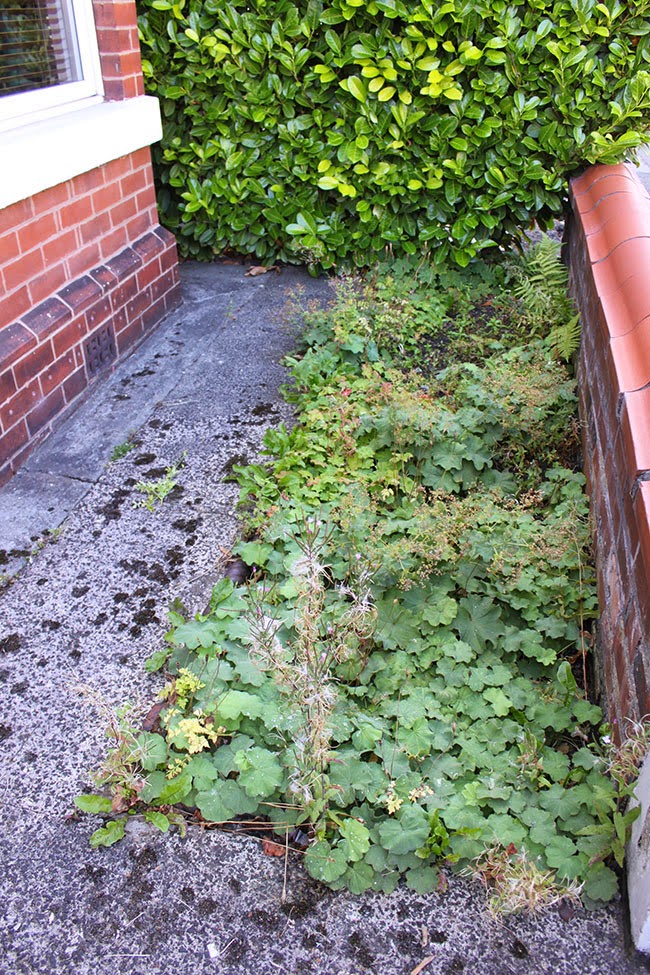 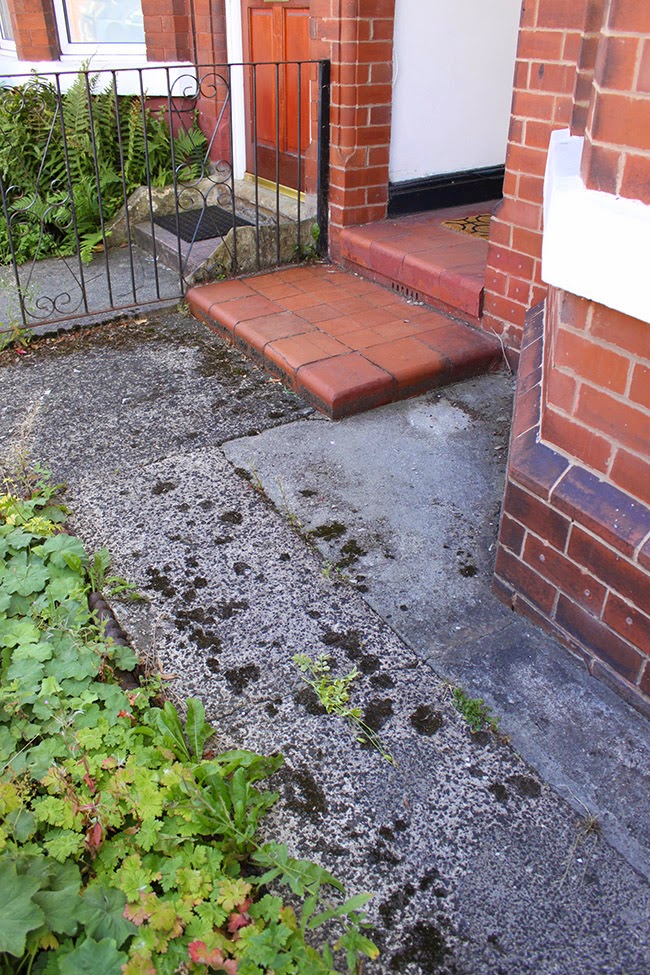 Well, hopefully not for long. Stay tuned, this whole garden is getting some serious love soon by professionals who know their stuff.

Fancy joining in for the ride?