Ever since my new snazzy TV cabinet was placed in the living room, the little chest of drawers in the opposite alcove has been bothering me. Oh sure it was perfect when the black TV/black cabinet was in there and things were a bit more rustic but since my foray into colour and white and gold in here, it was suddenly looking like the odd one out. 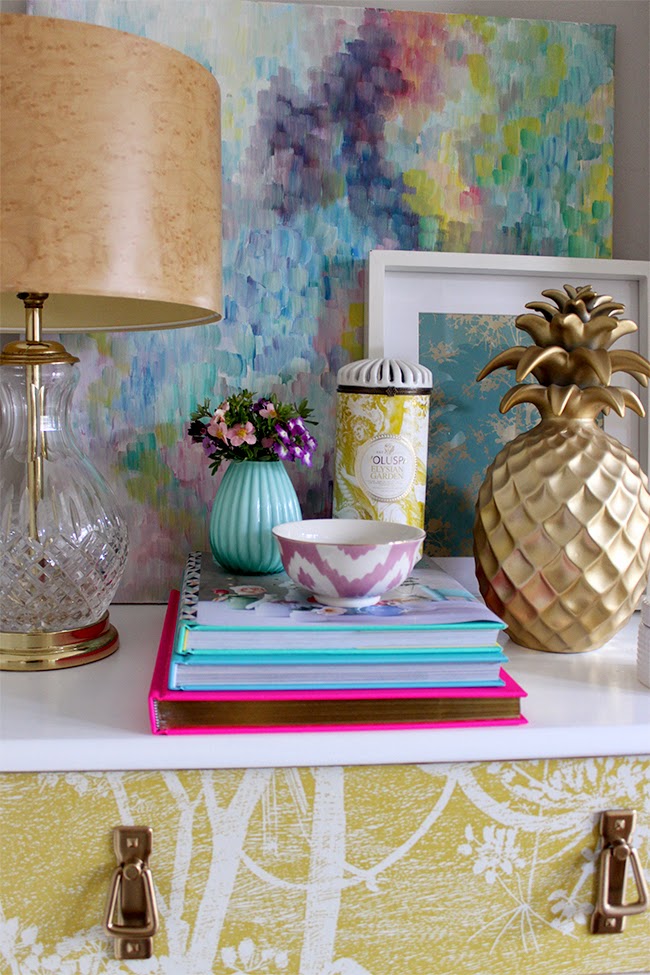 Now, the whole reason we even had the chest of drawers in that spot was because it houses our rather large DVD collection and trying to find a suitably attractive DVD cabinet is just pretty much impossible. The DVDs sit snugly in each drawer, making it easy for us to have a skim and choose our favourites for romantic Saturday night viewing (with cocktails/wine/beer/other assorted adult beverages of course) cozied up on the sofa.

So getting rid of it entirely wasn’t going to be my first choice if for no other reasons than sheer practicality. Rather than selling it or giving it away, I figured I’d have a go at seeing if I can make it blend better in the room.  I think in time, a shelving unit of some description will be much better in here but spending more money on furniture that I don’t actually need is not the biggest priority right now and so I’m just making use of what I have until I can both source as well as afford a more suitable option.

I called this a “sort of” makeover because really, it was just a matter of slapping on some primer, the same white paint I used for the TV cabinet and spray painting the handles gold. I would have preferred different handles for this makeover but because there are holes in the wallpaper where the existing drawer pulls are, a different kind of pull would have meant I would have to put new wallpaper on the drawer fronts. And well, I needed to see if this worked first before I spent even more money on new pulls. Ya see, spending more money on what’s essentially a £40 cheap pine chest of drawers seems a bit overkill. So yeah, this makeover was free. My kind of makeover. 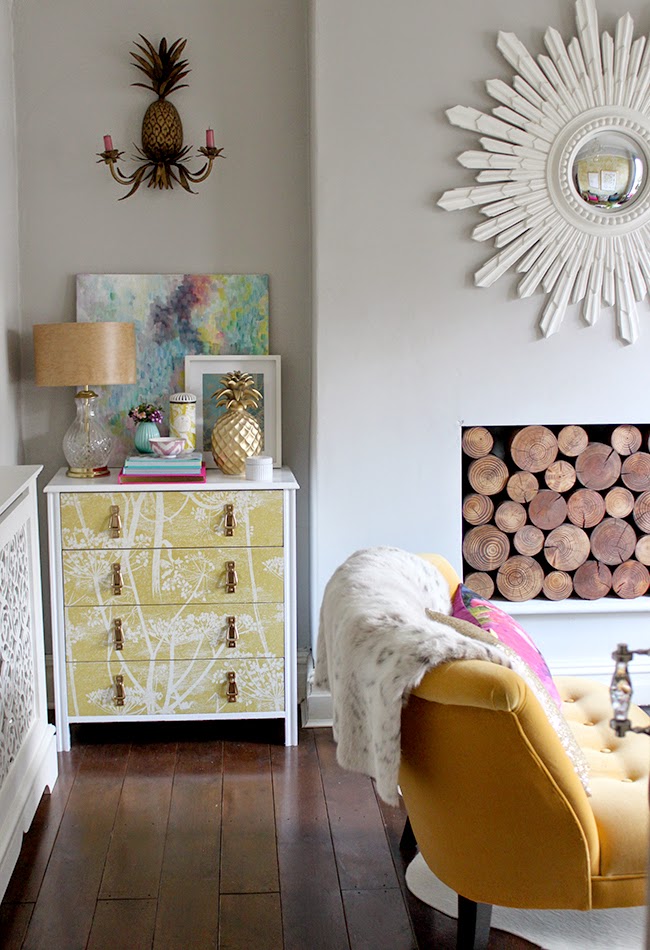 Am I completely convinced? Not yet, no. I don’t hate it but I’m not sure if I love it either. I think after seeing this chest of drawers in black for so long, it feels a bit… I don’t know…. weird to see it like this. I do think it works better in the room as a whole but I’m not convinced the piece itself looks better in white. Of course, I need to take my own advice and live with it for a little while and see how I feel about it in a couple weeks!

A little before and after? Oh, okay… 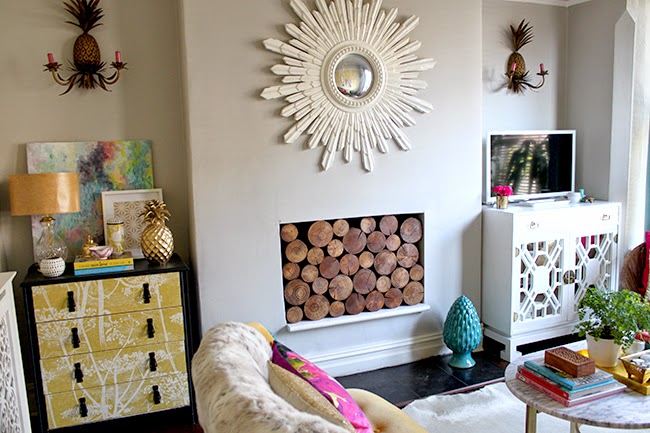 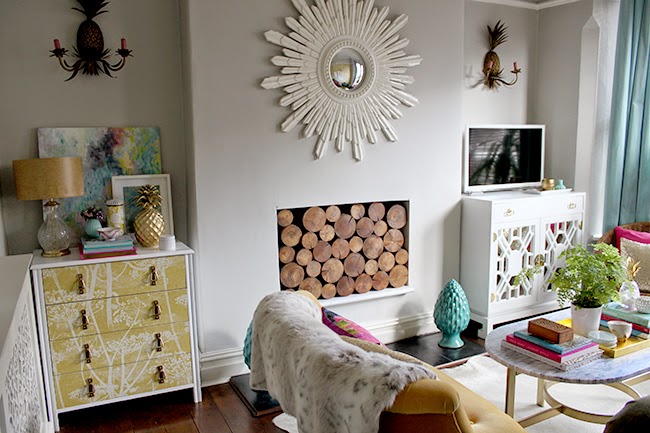 I feel like I’m making lots of excuses in this post (!!) but I guess because I see it as a temporary fix. A simple change until I can either find something else that works better and I have the cash to actually purchase said better solution. So for now, it’ll do.

The ironic thing is that this chest of drawers (in it’s original state) was actually featured in Reloved Magazine this month. Alas, it was from the Home for Now book so I didn’t get credited (boo!) but thankfully an eagle eyed friend spotted it and shared with me (yay!) ;) You can see it on my Facebook page.

Anyway, what do you think of the new look? Does it look weird? Think it’ll do for now? Ever give a makeover to a piece of furniture had already been made over? Do share…

Want to see the original makeover of this? Here ya go.

Oh and if you were wondering, no, I still haven’t done anything with the wall that is to the left of the picture above! I know, I know, even the radiator cover is still just in it’s primed state since February. Shocking. I have changed my mind so many times on what to do with that wall and I haven’t been able to find a wallpaper that works well with the existing wallpaper that I’m in love with. Soooo I’ve resigned it to the “when I am in love with an idea, I’ll do it. Until then, it’s staying blank and boring” mindset!