So as I said in my last post, I’m in the midst of a little refresh (mini-makeover) of my dressing room. Nothing massive, just a few things getting updated and swapped out.

One thing I really wanted to do was change out the light fixture from my girlie pink chandelier to something brassy and cool. I know my crazy chandelier wasn’t to everyone’s taste but I did love how unabashedly feminine it was so it’s not a change of heart here, just that it’s pretty in-your-face and I’m going for something a little subtler and more sophisticated (well, subtle and sophisticated for ME anyway). 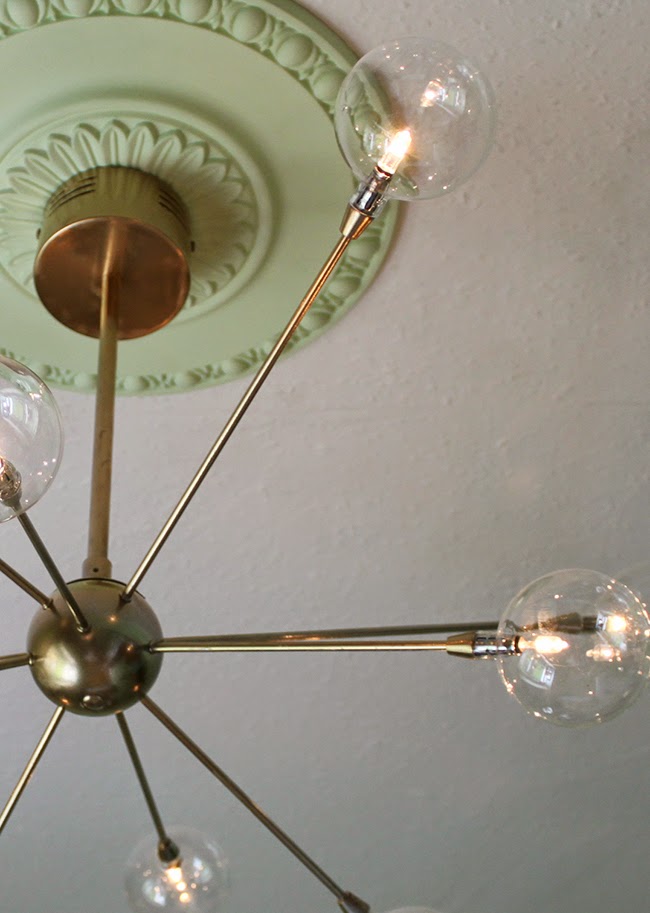 As much as I would have loved something really grand and statement-making, my bank account just won’t allow for the splurge right now. I have an office/guest bedroom remodel that’s taking up my cash flow right now and as this is just a refresh, I couldn’t justify it.

So, in a moment of impulsiveness, I drove to B&Q, picked up this lamp for £80, got home and spray painted it gold. Nothing like committing to an idea that came into your head 30 minutes before. Ahem. 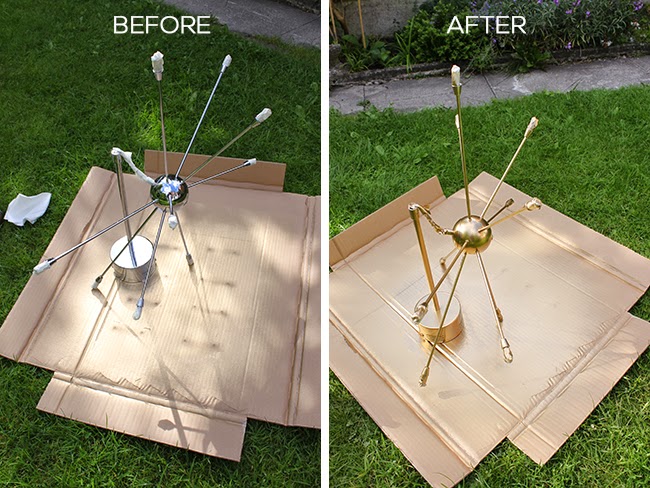 The following day once the spray paint was dry, Wayne swapped the pink chandy for this one.

The rest of the room is still in chaos but I’m pretty happy with my first little change. 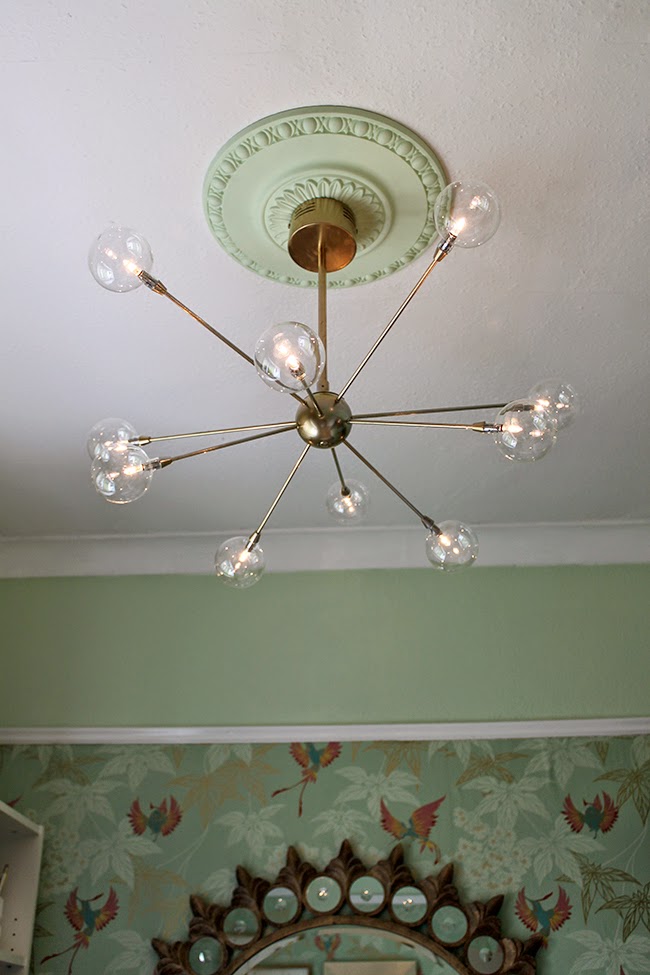 We realised it was slightly off centre after we hung it and put the ladder and tools away. Crap. At that point, I’d already begged Wayne to hang it for me and sometimes, you know when you can’t really push it too far. So, it’s slightly off. I don’t think it’s the end of the world and perhaps when we next have the ladder out, we’ll fix it but for now, I’m not that fussed. 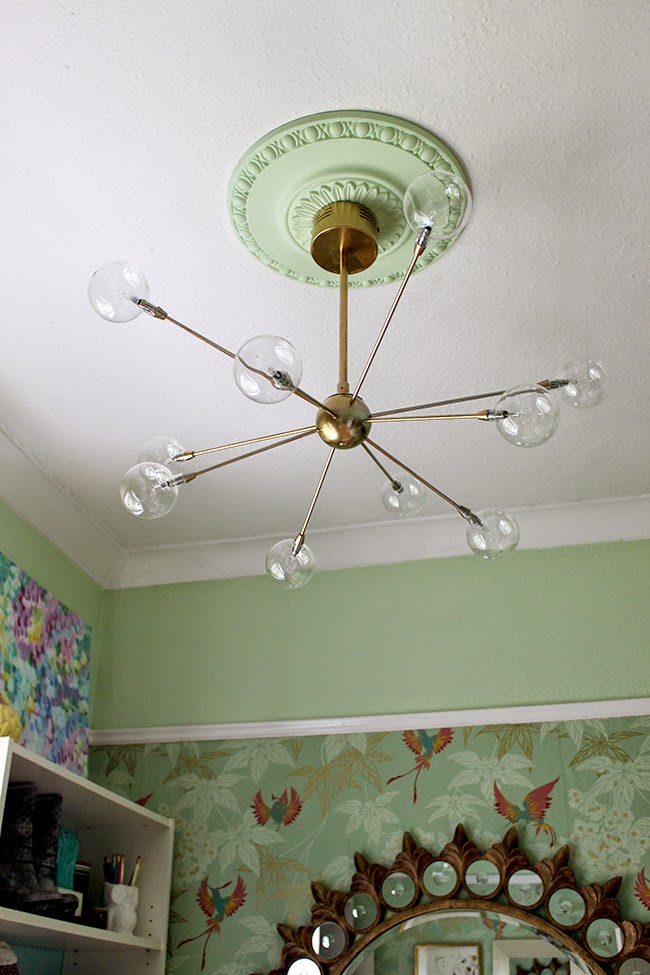 Here’s a little before and after action… 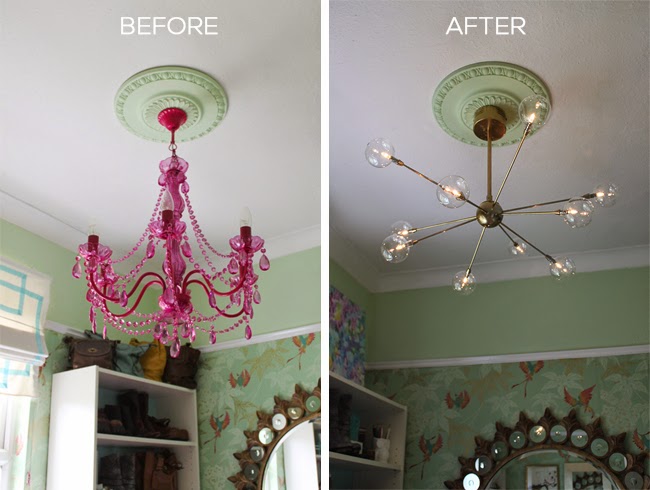 I like the fact that it’s a little bit lighter visually speaking and it doesn’t hang quite as low as my girlie pink number. 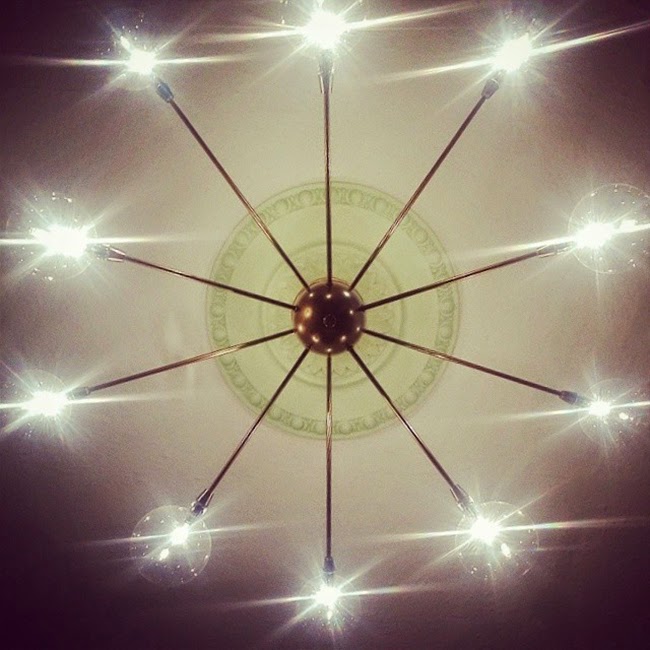 Next up… the chest of drawers. I’ve made a decision on that one and I’m running with it.

Stay tuned to see what I decided.

What do you think of the change in the light? Better? Worse? Would it being slightly off-centre do your head in? Ever get to the point where you can’t really ask your other half to just do one more little thing?