It was all the way back in March that I told you that due to the Decorating Domino Effect, I was no longer satisfied with the gallery wall in my dining room. Now, this wall has gone through a million and one iterations and I see no reason why that’s ever going to change so let’s just think of this as the latest version.

The problem was that as the dining room has become more colourful, there were certain pieces that were just no longer working in the room and I knew they needed addressing but I’ll be honest with you, it was a pretty low priority in the grand scheme of things. I mean, it’s not like we weren’t trying to get on with the deck and starting work on the guest bedroom along with messing around in the kitchen and finally finishing the bathroom – yeah, the list goes on.  Spending a lot of money on new artwork on a wall that was just a little tired didn’t seem like a great use of time or money. So for the last few months, I’ve ignored it. 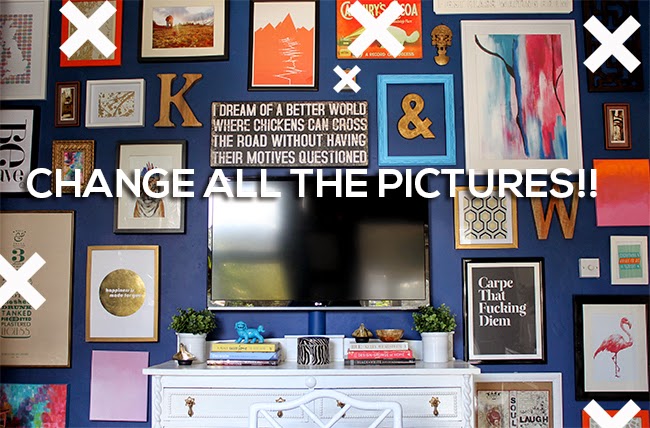 Well, that is until this week.  I looked up at that Cadbury cat one day and just said ENOUGH.

After having custom frames done for my Cozamia prints recently, I decided to do the same for my Sarah & Bendrix prints.  My ‘Happiness is Made for You’ print just wasn’t really being shown off in a badly spray-painted (and falling apart) Ikea frame I’d had for a couple years (trust me, it looked better in the pictures than it did in person).  The custom framing and mat I had done was really not as expensive as you might think (from ezeframe.co.uk) at just around £25 (including a 15% off sale that day). 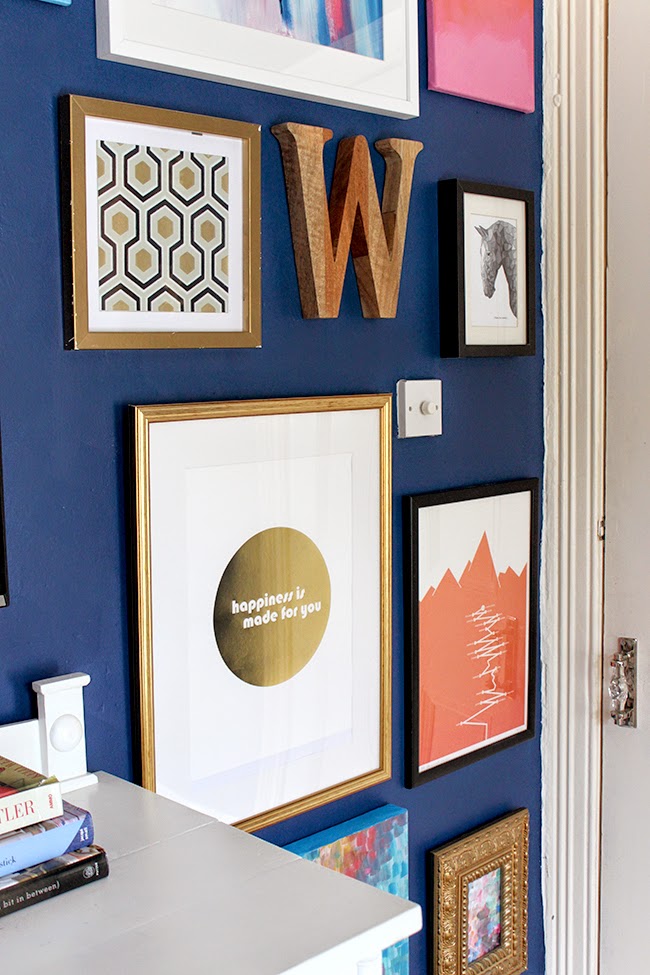 While I was on the site, I decided to also order new white mats for all the remaining Ikea Ribba frames. I’m not sure if you’ve ever noticed but the mats that come with the Ikea frames are all a sort of dirty cream (you can kind of see this in the ‘before’ picture above) and I was going for a nice crisp white on this wall. They ended up less than £2 each with the discount and so I ordered 4 of them. 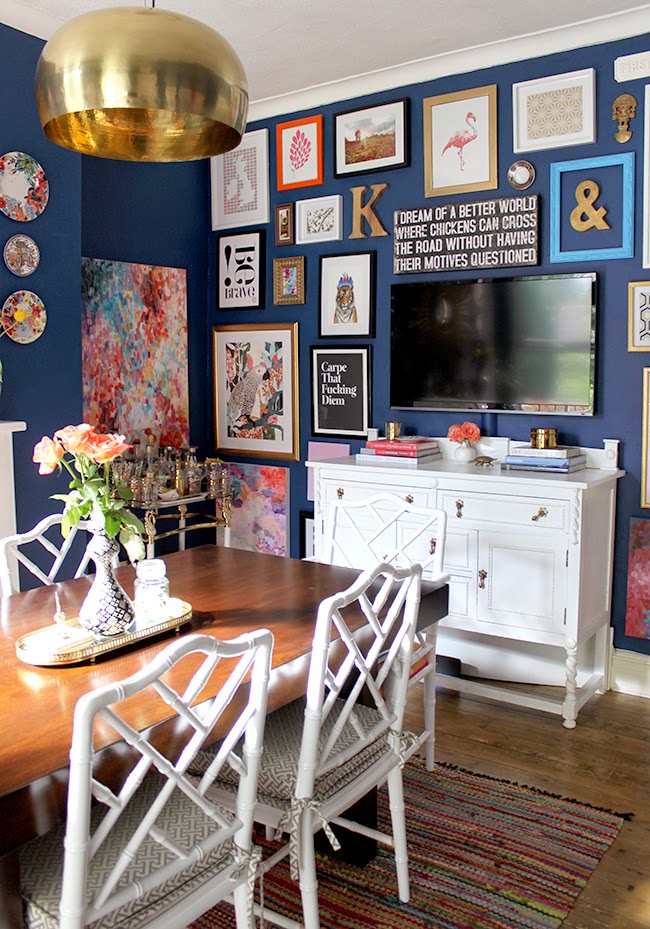 I also decided as the office makeover probably won’t be done for a while, I might as well hang one of the Cozamia prints (called ‘Parrot in the Jungle’) meant for the makeover on the wall and get some enjoyment out of it for now rather than waiting around before I can hang it up. Yes, I’m all about immediate gratification, what can I say… and plus, I know full well I’ll change the wall up again at some point in the future regardless… and ya know, erm, it matched. Good enough reason for me! 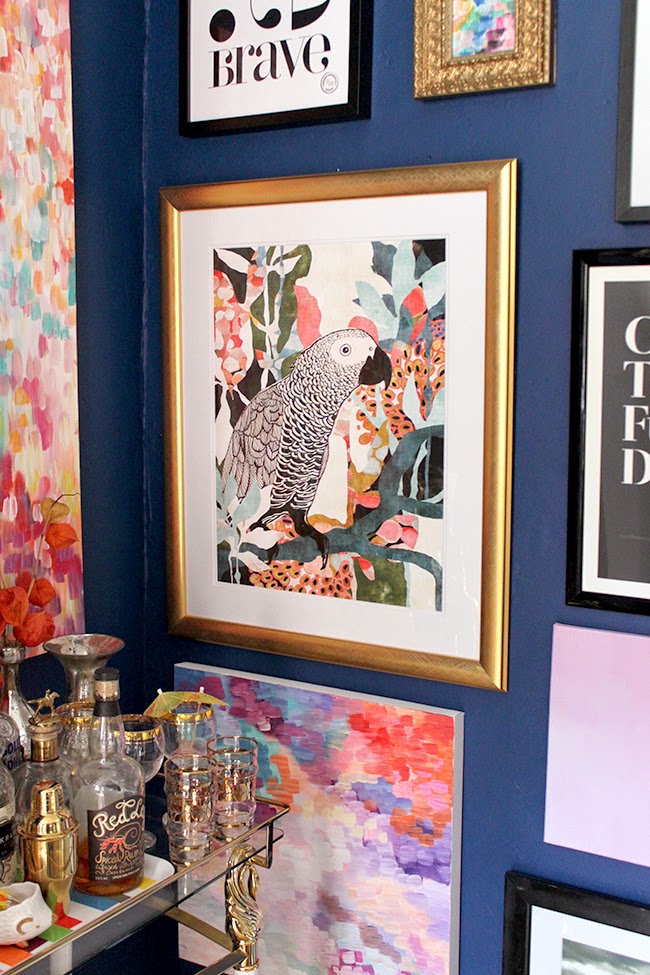 After that, I took everything that was no longer working off the wall and looked to see what I could move around on the wall itself, what I had around the house that I wasn’t using and what else just needed a little refresh.

I spray painted the black frame on my flamingo watercolour to a gold and replaced the Ikea mat with the new one, moved 2 plates that were on the ‘fireplace’ wall to the corner, hung another smaller leopard print plate, moved a couple of superfluous pieces I’d had from the living room and the bedroom to this wall and basically shifted a few things around. 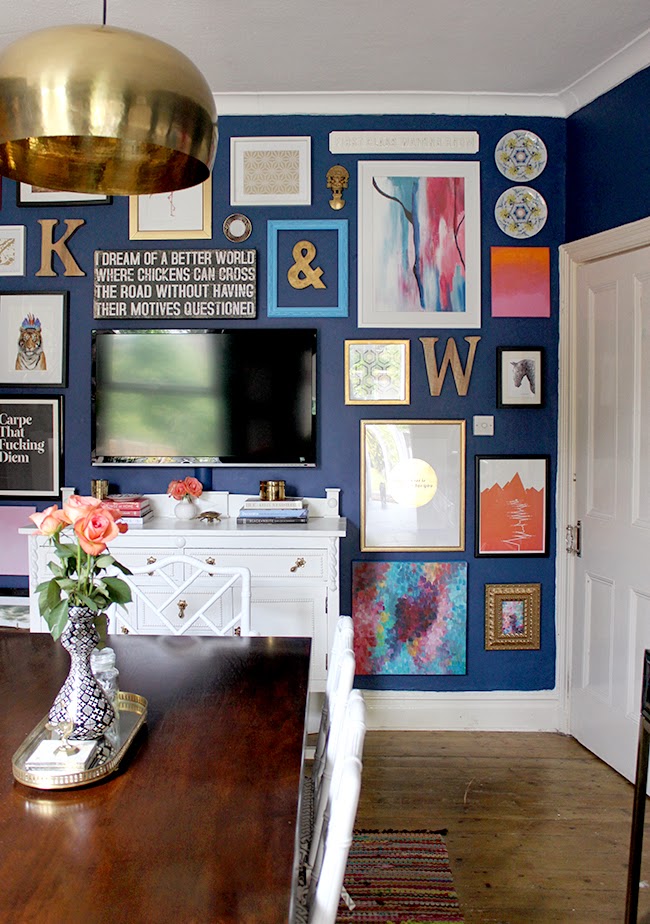 I know for you, it’ll be a game of ‘spot the difference’ but to me, it’s really made a HUGE difference to the wall. In person, those darker creamy pieces are gone giving way to a much brighter cleaner palette.  And that makes me very happy. 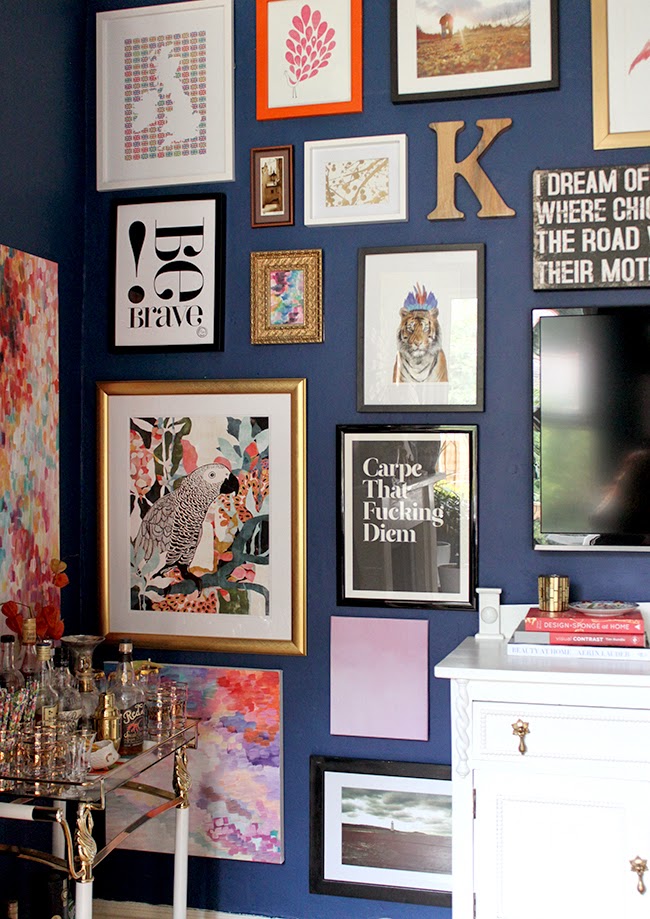 Here again is another version of my ‘before’ (from around February)… 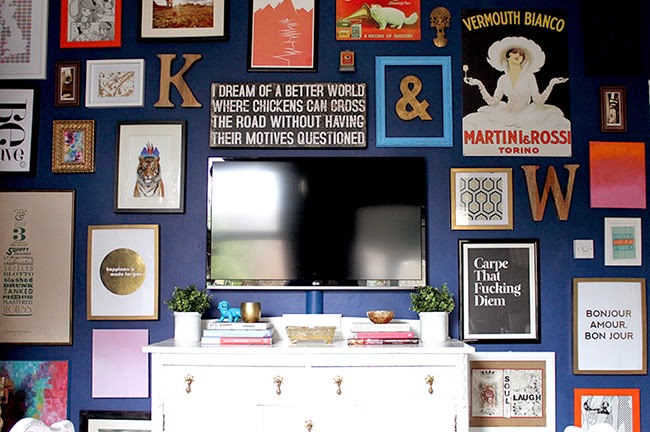 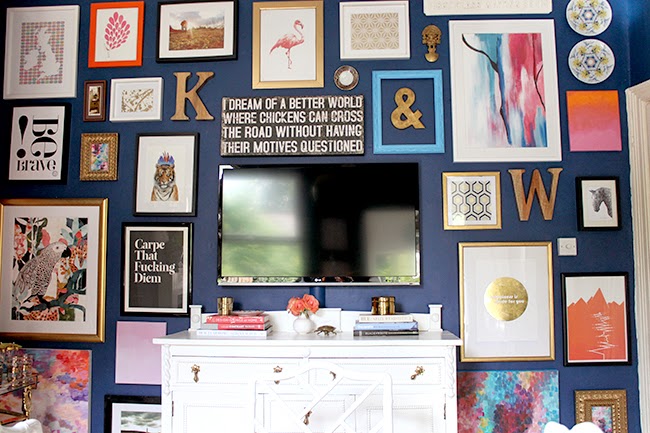 Still a bit crazy, granted and certainly not for everyone, but what do you think of the subtle changes?  Worth the effort (and £30) or should I not have bothered? ;)