I know I often have about 10 different projects going on at once and I know I’m plenty guilty of talking about plans and then erm… not really getting around to them (soz) but this time, I actually completed a project that I’d been planning on doing since March! Can I get a hell yeah! HELL YEAH.

You may remember my post explaining why I wanted to change the wallpaper behind my open kitchen shelves. Long story short, since painting my dining room a dark blue, I realised the kitchen really no longer tied into the space. As the kitchen opens on to the dining room, I felt carrying those colours through would make the spaces feel more related.
And so, thinking I would be able to get this project completed whilst working on the bathroom (HA!), I purchased a roll of Designer’s Guild Alexandria wallpaper in the Magenta colourway back in April.  Well, here it is the end of June and I’ve only just gotten around to hanging it but hang it I did this afternoon! 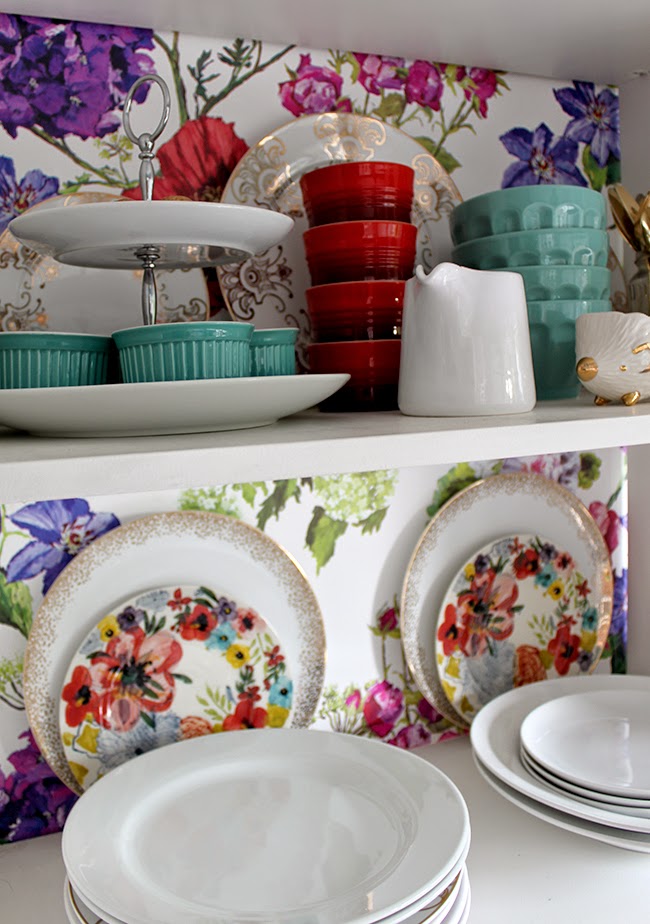 I had an absolute nightmare hanging the previous paper the last time and so was dreading it and putting it off. But this time, instead of trying to squeeze the wallpaper in big sections behind the unit, I decided to cut the paper into opening-sized segments so that the seams met behind the shelves and with the wallpaper being a ‘paste the wall’ product, it was SO easy to use. Oh my god, no bubbles, no tearing, nothing. This stuff goes up like a dream!! (And no, this isn’t a sponsored post, the quality is just outstanding.) 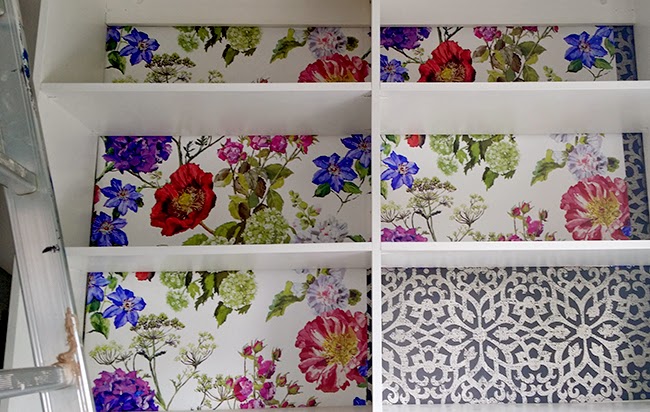 As you can see, I did not remove the existing wallpaper before hanging the new one. I know, I know – I’ll get slated for that one but here’s why I felt it would be okay to do so:
1.  The existing wallpaper was in great shape, it wasn’t bubbled, torn, ripped etc. So the surface was sound.
2.  I read plenty of articles online that recommended removing it first but then conversely, read plenty of articles that said people had done it when the existing wallpaper was fine and there was no issue whatsoever.
3.  The one point I did read was that you should ensure the seams of the old paper do NOT line up with the seams of the new wallpaper.  Fine.
4.  I really couldn’t be arsed with the soul-destroying task of taking the old wallpaper off first. Yes, I’m a lazy cow.
5.  Whomever buys this house from us is going to hate me for doing this. I’m kind of okay with that. 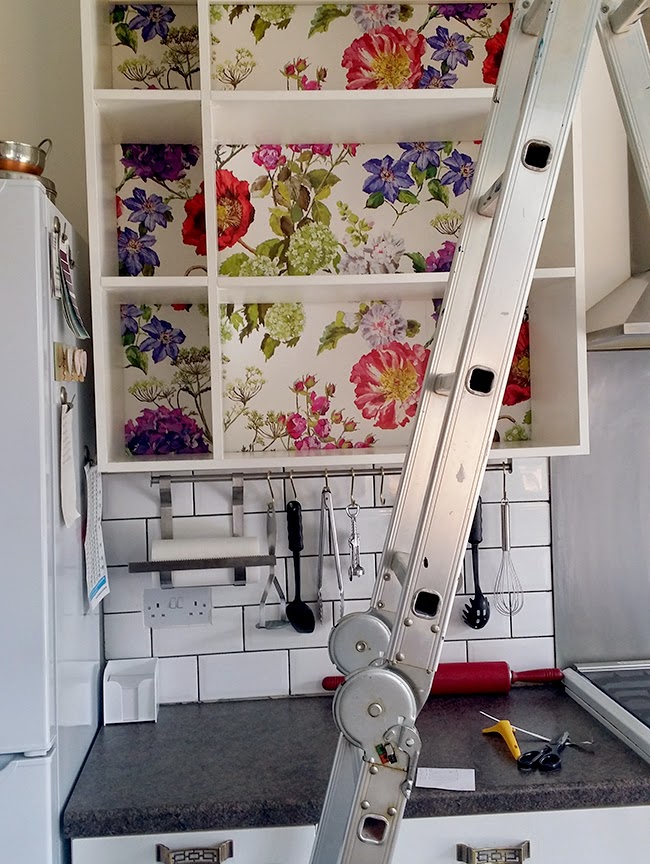 Would I recommend you do the same? Well, it’s up to you really. I’m not going to say you HAVE to remove existing wallpaper that’s in good condition before attempting to hang new stuff because for me, so far, so good. But I suppose you should proceed at your own risk ;)
Here’s what it looks like now that I re-filled it with all my stuff… I pretty much love it. 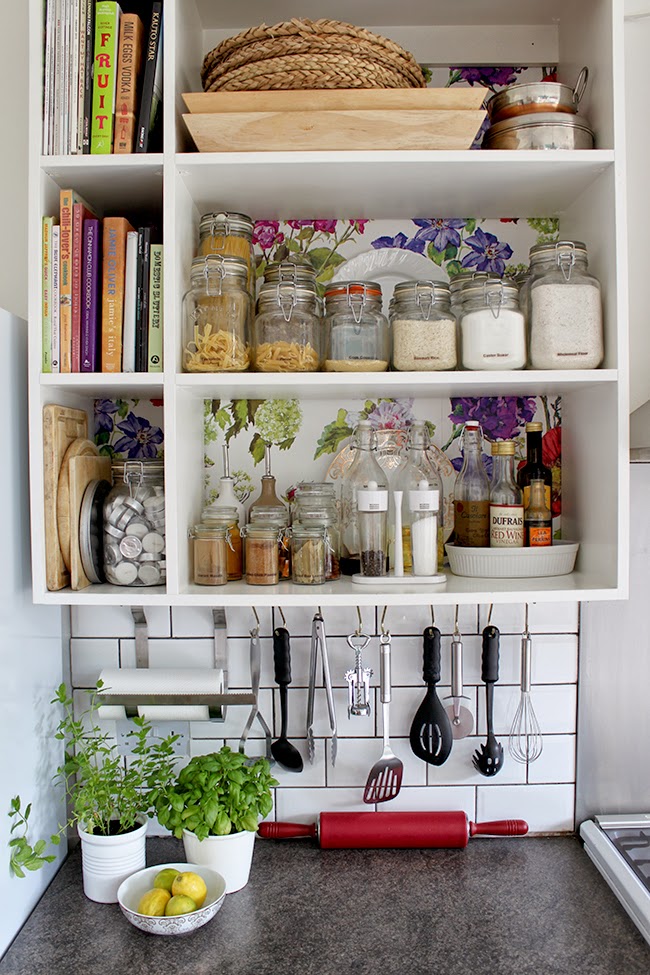 I currently have loads of paper left as well (I’m not even sure I used a half roll for this project!) which means I may need to use it for something else. 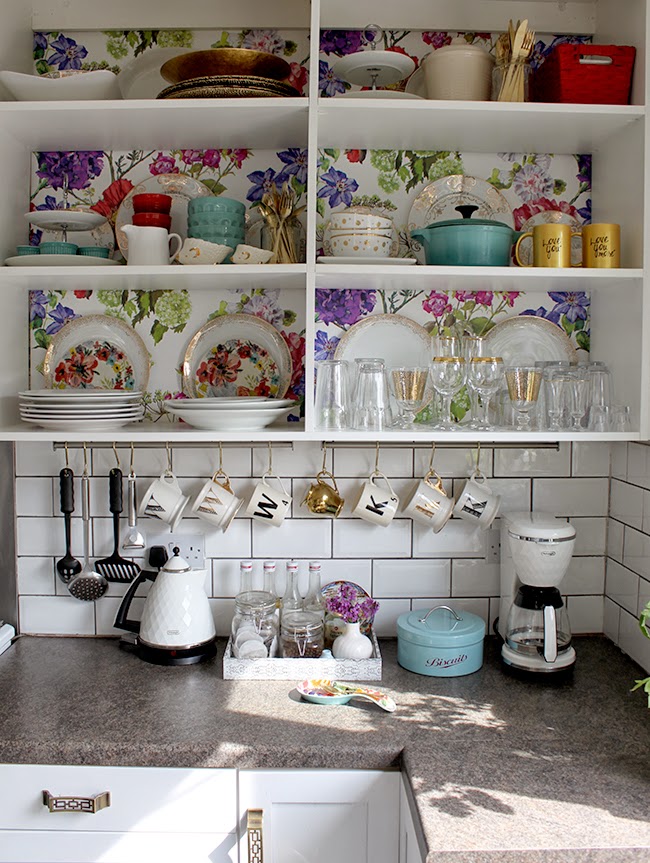 I was worried I’d have to change out all the turquoise-y blue accessories but at the moment, it’s not really bothering me that it doesn’t match the paper perfectly so I may just leave that as is for now. 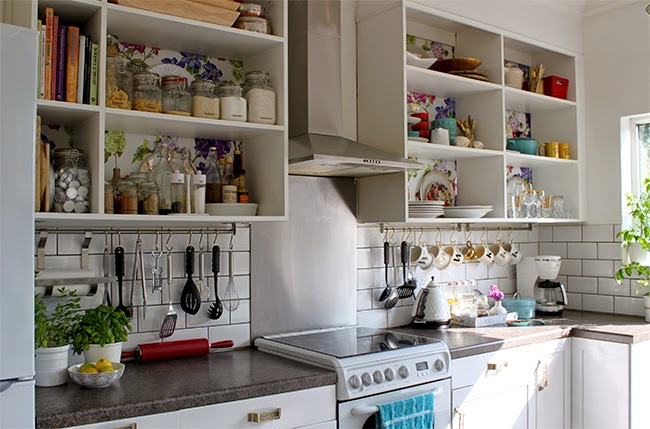 Anyway, a few more gratuitous shots because I love it so freaking much!!! 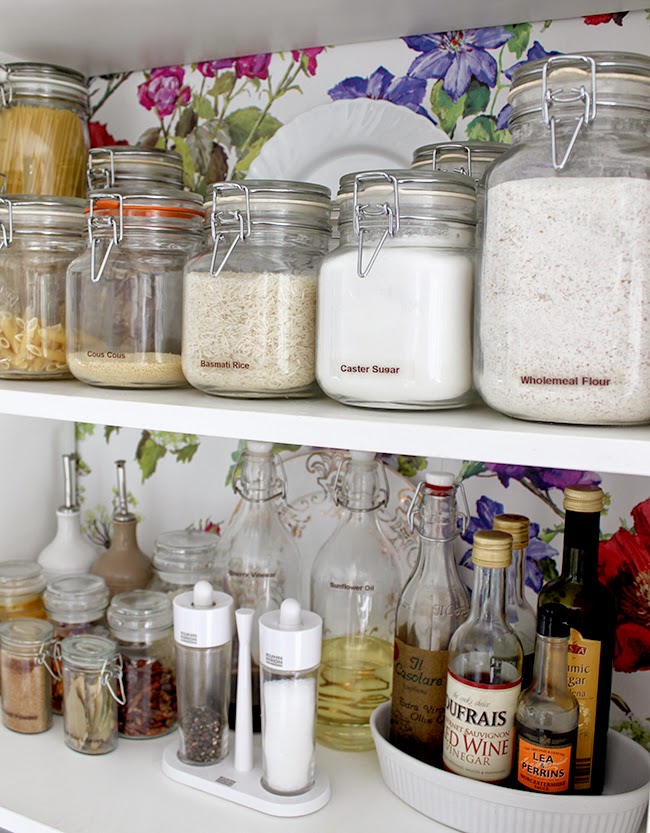 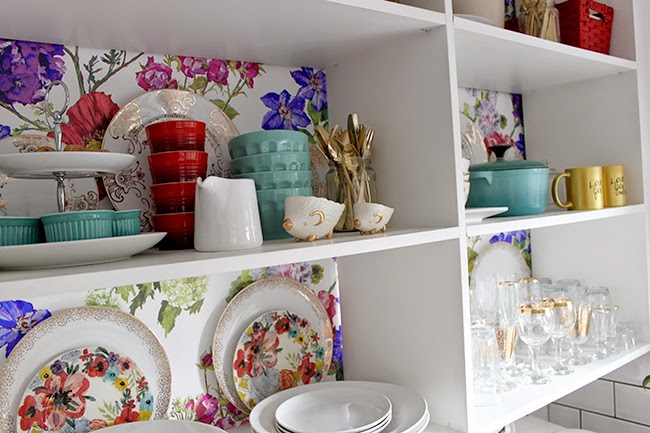 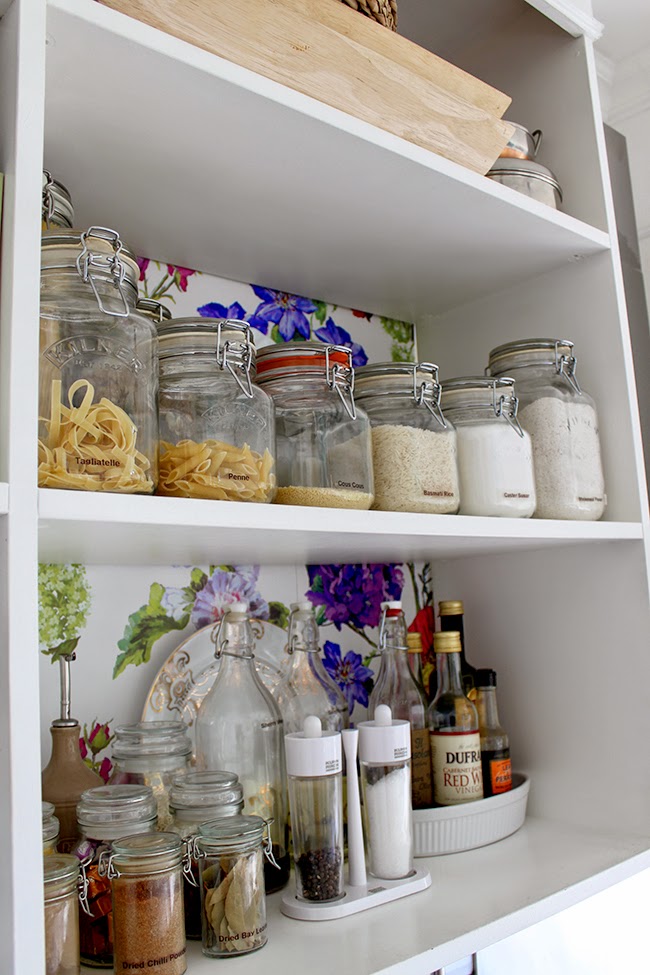 Here’s a reminder of the before… 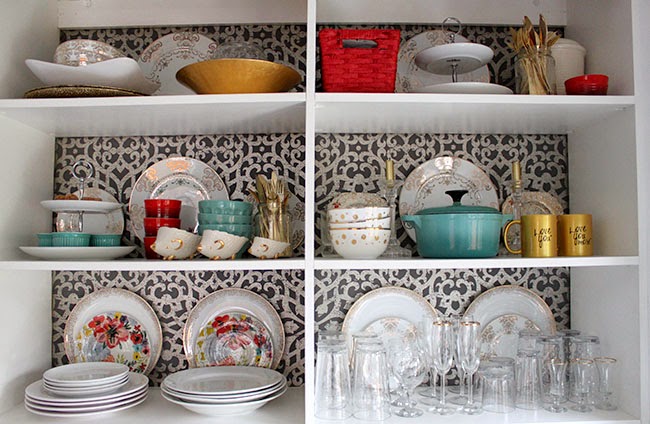 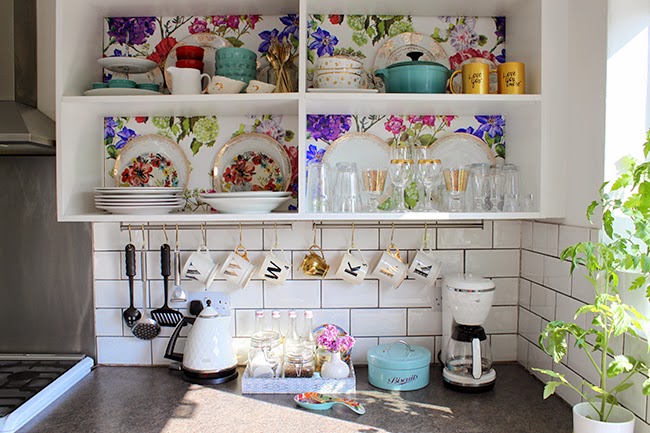 While the ‘before’ was perfectly fine, I do have to say I love how bright and colourful it is now! What can I say, I’m a sucker for a colourful palette.

There’s still more to do in the kitchen of course (the countertops being the biggest job) – I mean, we’ve only been working on it on and off for the last 3 years *cough* but all in good time. For now, I’m really happy for this little change and it feels very summery in the kitchen now!

So have you ever wallpapered on top of wallpaper? Which do you prefer, the before or after?
Don’t miss a thing!
Follow Swoon Worthy on Bloglovin’