On Taking the Good with the Bad

So the last couple of weeks have been a little bit crazy to say the least.  First, there was an appearance on Young House Love, shortly followed by an appearance on West Elm’s blog Front & Main and finally, just yesterday, my kitchen appeared on Apartment Therapy.

All of that is so extremely positive, I can’t even say that enough. I’ve been blogging for nearly 4 years now and my traffic was certainly nothing to write home about for a long while. Seeing my visits and followers from these sources sky rocket was heady and a little bit surreal.

However, what comes with that kind of big exposure – and so much of it in such a short space of time – was that from it emerged a lot of negativity. Towards my style, towards the way I decorate my home – it’s been called a visual assault, clutter, people have “shuddered” at the thought of dust or grime (seriously? how do you think I live?) and have gone so far as to attack me as a person. 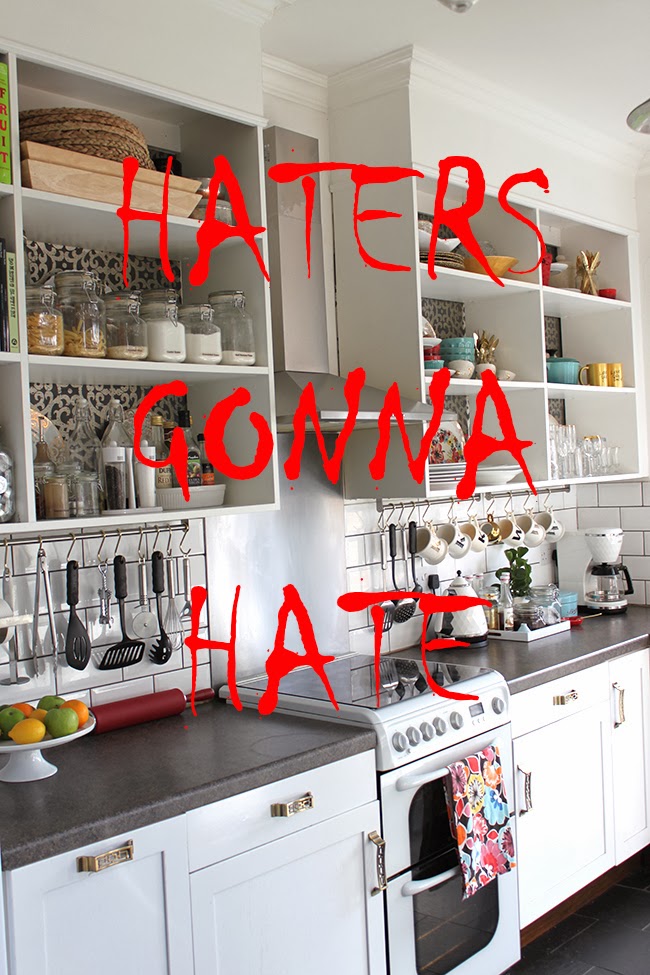 I suppose when you put yourself out there, you take the good with the bad. It’s all a part of it.

I know full well that not everyone will like my style – it’s a bit ‘out there’, it’s certainly not minimal or restrained, it’s full of colour and it’s also quite different from what you normally see in the UK. I’m okay with that.

I like it. And so does Wayne. (I don’t think the kitties care to be honest, they’ve never expressed an opinion either way).  So it’s not like I’m going to be changing my “maximalist” style any time soon.

The coolest thing in all of this is the amount of support I’ve received.  Honestly, it hurt to read all those negative comments (considerably more on AT than anywhere else) – I’m only human, it’s not nice when people don’t like what you love. But man, you guys are so freaking cool and supportive and all kinds of awesome. Thank you, seriously, from the bottom of my heart.  It made it all so much easier deal with.

Kat posted this in response to the Apartment Therapy feature and I loved it so much that I thought I’d share.

My point? Haters gonna hate. And taking it all personally or deciding to actually – I don’t know – change something because of it wouldn’t be being true to myself.

I think one of the best things about getting older is taking negativity in it’s stride. Taking on the constructive criticism, brushing off people just wanting to be a bit snarky and enjoying the company of those that actually like you or like what you do.  I’ve not always found this easy but I find myself caring less and less what people who aren’t important to me actually think. 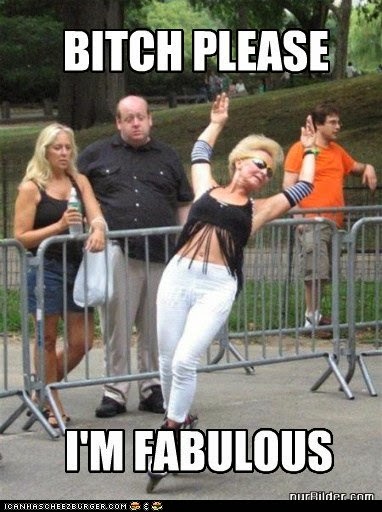 Because no matter what our style, if we embrace it and OWN it, that’s what is going to get us far ;)

So I thought I’d open up the discussion a little – how do you deal with negativity? Do you find it easy to brush off or do you struggle? What do you think the best way to deal with criticism is? I’d love to hear from you!