Meisha thinks the plants in  my living room are her little playground.  She’ll jump around on them, swat the leaves, sometimes have a bit of a chew (it’s amazing how quickly I had to get my knowledge up about toxicity for cats – never had to worry about that with Pablo or Senna).  Well, she managed to completely destroy my Dragon plant that I’d had for 10 years.  To be fair to her, it wasn’t doing all that great and I wasn’t entirely sure it’d make it through another winter – but Meisha put those fears to rest and pretty much battered it senseless.  It really didn’t have much of a chance. 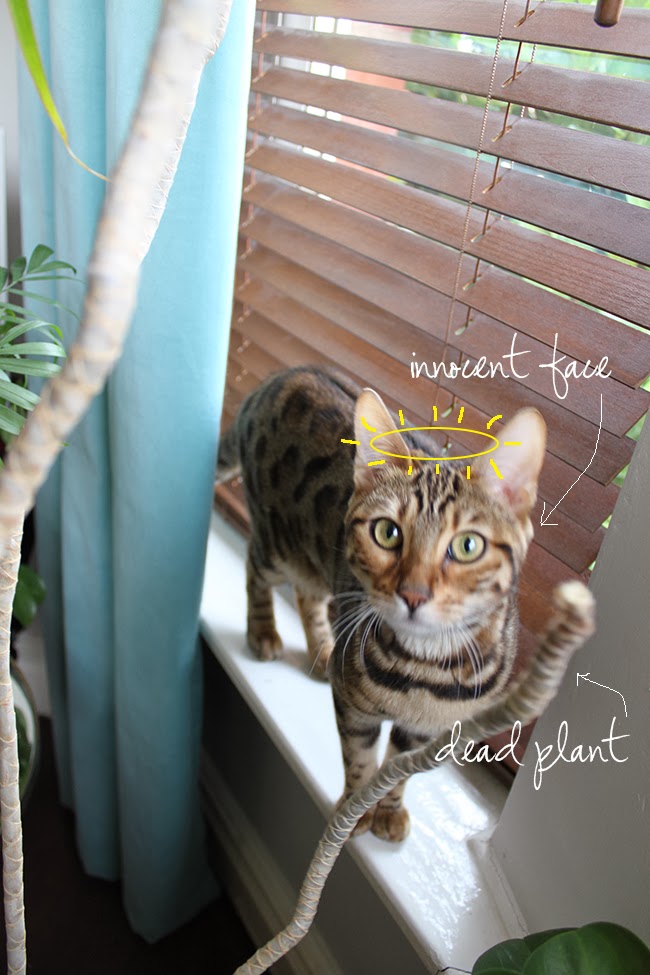 Late last year, she decided to jump up on the windowsill to swat at the pull cord for the blinds.  On her way down, she lost her footing and landed in the plant – her little legs were splayed one way and her arms another. She looked like a kitty superhero in flight, all she was missing was a cape. Once we recovered from our fits of giggles, we decided NOT to run for the camera and got her untangled instead – she was absolutely fine of course but we realised we really should have named her Mischief instead of Meisha.

I’ve learned to let go. A replacement dragon tree cost me just £15 at Homebase and the one I purchased looked a lot healthier and sturdier than the one I’d had before. C’est la vie. 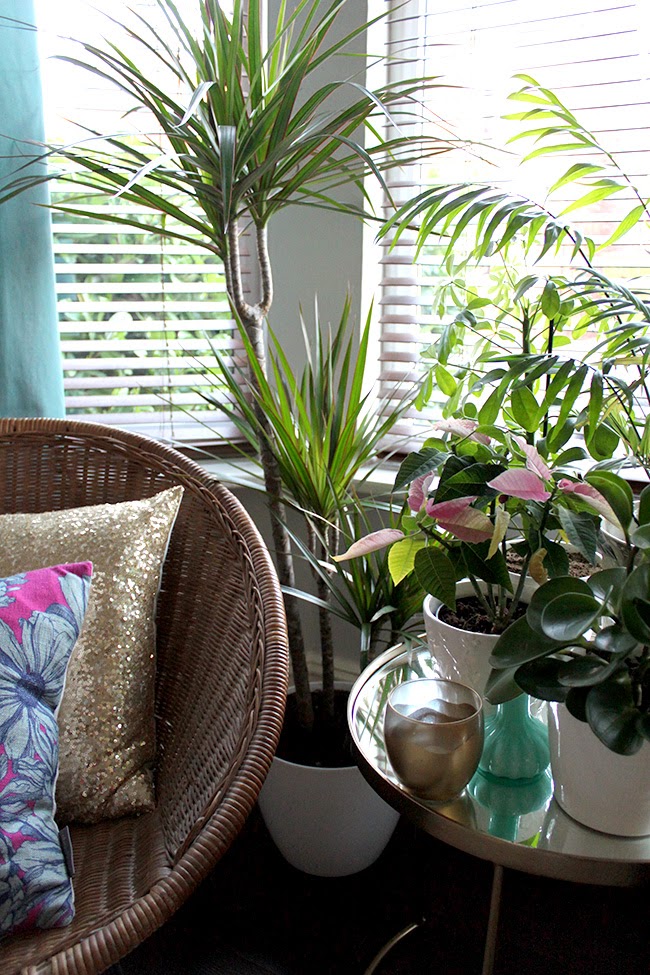 Is it Meisha-proof?  Well, probably not but at least I’m going to give this one a fighting chance by not allowing her to nibble on it first of all – dracaena plants are not good for kitties to ingest but Meisha was more inclined to play with it than eat it (although I did get rid of the Lilly that was in here just in case which can be lethal if eaten). Secondly, she doesn’t come into this room unless we are there with her – the door is always closed otherwise.  So I’m hoping for the best here!

(By the way, if you have kitties that like a nibble on plants, please do your research – some are extremely toxic.)

I also received a new cushion from IWOOT.  I’d been eyeing up the cushions they are now carrying from Ohh Deer and I thought it added a playful touch to the chairs. Wayne says it looks “very 80’s” but I like the bit of randomness it adds. I’m always switching the cushions around in here anyway so it was nice to have something new.  It’s like a suede-y material and nice and soft. 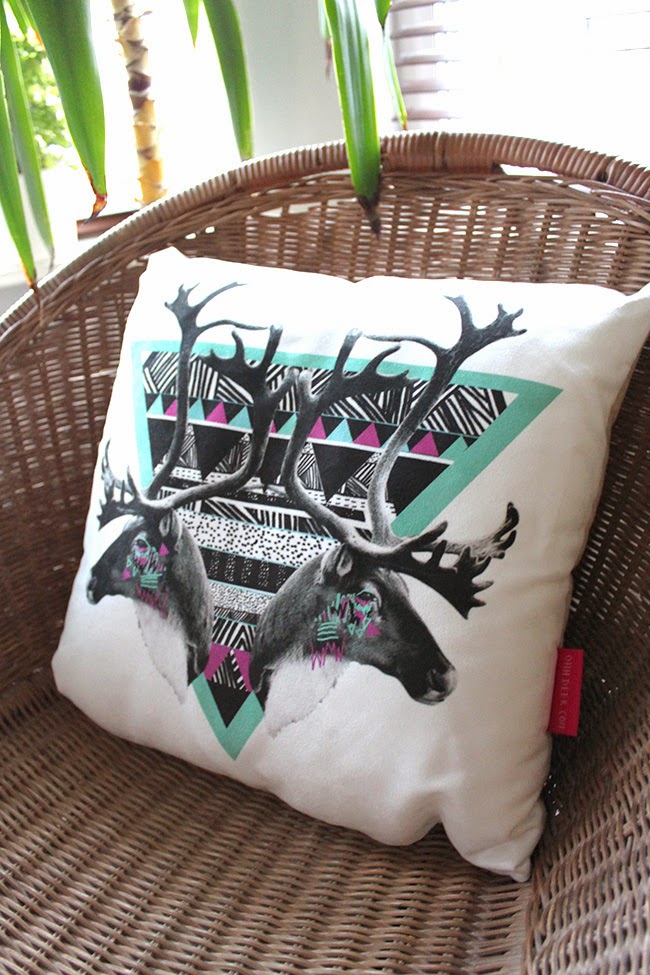 The other sequinned cushion from H&M (it’s twin is in my dressing room) made it’s way to the chairs as well along with my sweet Cosmo Floribunda cushion from Abigail Ryan. 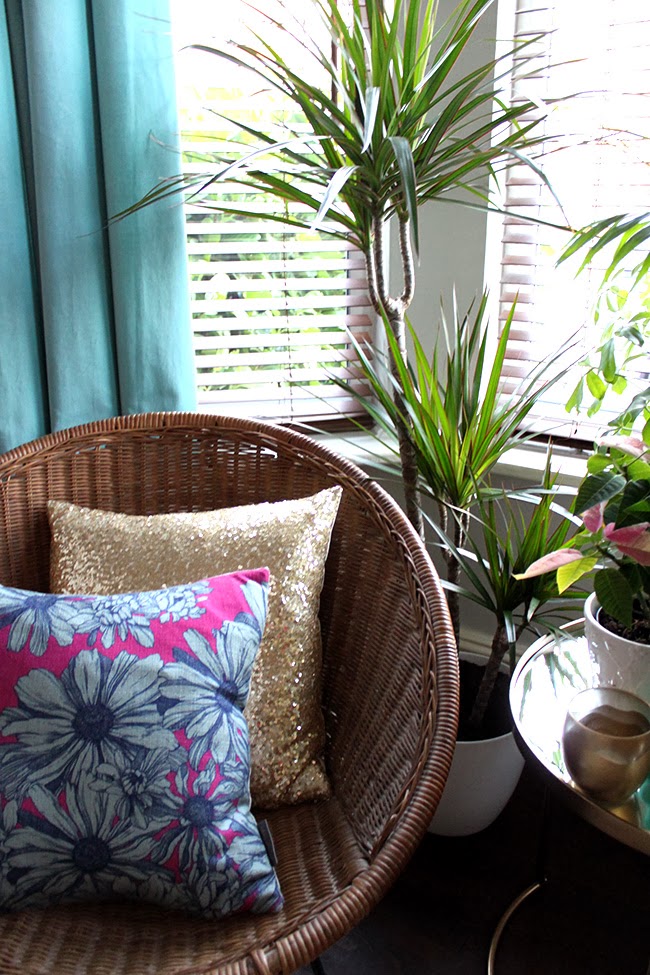 I actually have a whole cupboard upstairs dedicated JUST to cushions.  I think I may have a problem. 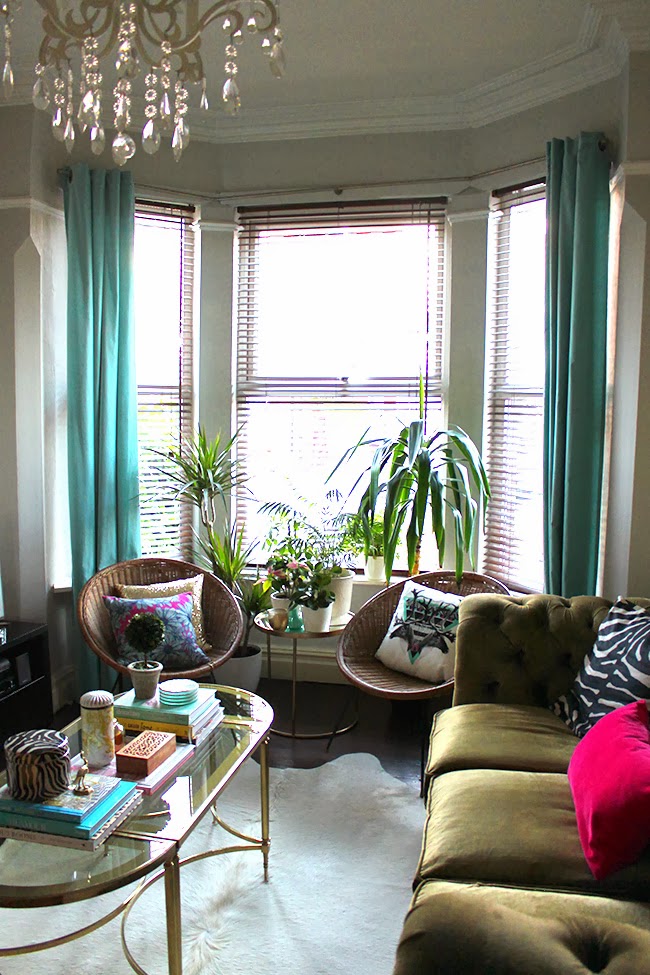 Do you have a problem with kitties battering your plants?  Perhaps you have a cushion addiction you’d like to share?  Well, I may be making that worse for you as I’ll be sharing some favourites soon!

Don’t miss a thing!
Follow Swoon Worthy on Bloglovin’
Disclaimer:  I was provided the Ohh Deer cushion for free by IWOOT in exchange for my review but images, opinions, poor attempts at humour and general randomness are always my very own. Thanks for supporting the businesses that help support Swoon Worthy.