I’ve had so many people ask me what’s going on with the bathroom that I’ve become racked with guilt that this project isn’t finished yet. And so to appease my guilt, I figured I owed you at the very least, a little bit of an update!

One of the main reasons I haven’t really blogged more about the bathroom since my last update is due to the fact that all the big stuff is done and now, we’re just working on the little stuff so showing the whole thing off now would be spoiling the final reveal.  However, I figured it was okay to share some of what we have accomplished and what we haven’t yet so you can see where we actually are on everything. 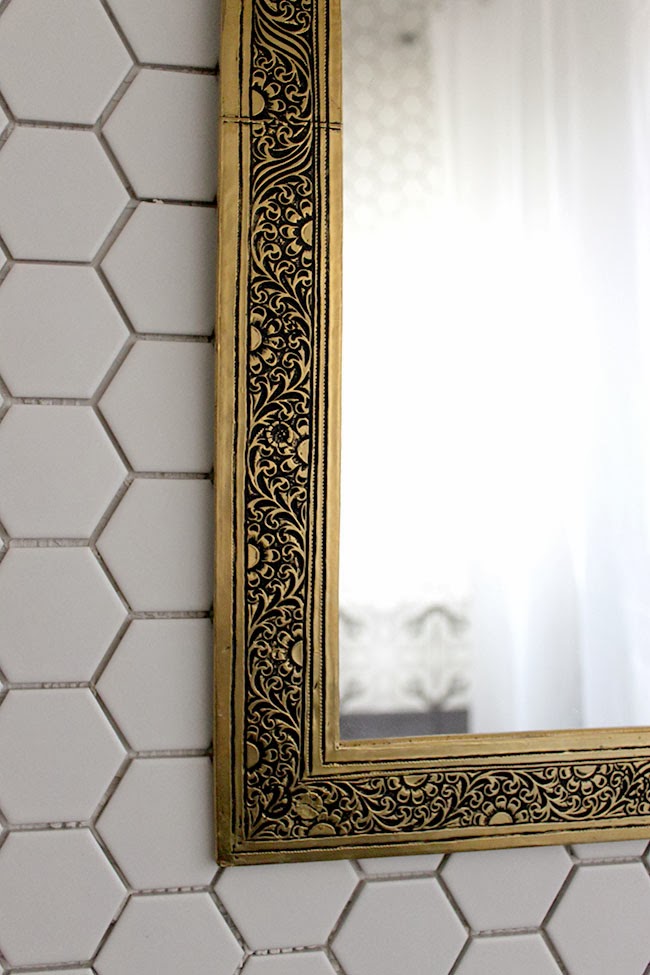 I could make a load of excuses why it’s not done yet and to be honest, I reckon we really should be by now.  But well, that’s how life pans out and while we could have spent every weekend working on the bathroom, we haven’t.  There were also a few things we could have done differently if given the chance and this has slowed up progress considerably.  Live and learn. 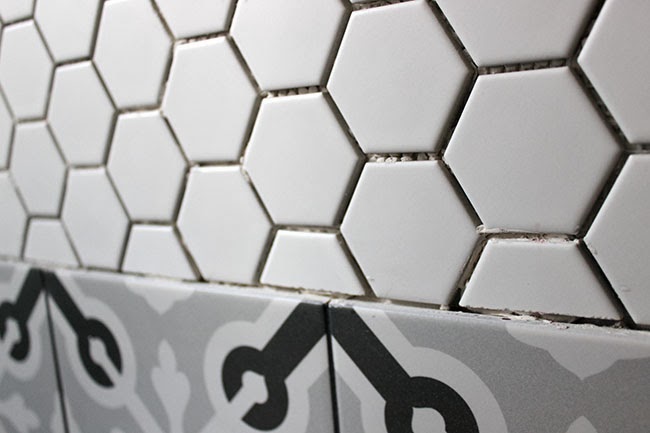 Anyway, I’ll just get on with it, shall I?  So let’s have a look at some of the things we have actually managed and the few bits and pieces that we’ve not.

The biggest time sucker has been cutting what will amount to around 300 of the individual hex tiles by hand (everywhere it meets a solid line or corner). This is not a quick process. This requires each space to be measured a few at a time because the walls aren’t square, the measurements transferred to the tile and then going outside to cut it, then bringing the cut tiles back upstairs, then slapping some adhesive on them and sticking them to the wall. Over and over and over and over again.  It’s not difficult but it’s not quick going as you can imagine. Plus, we can only cut tiles when it’s not raining out as it creates so much dust that we can’t do it indoors (the angle grinder runs on electric).  So that means waiting for non-rainy weekends in Manchester. In November. Yeah, this is SLOW. 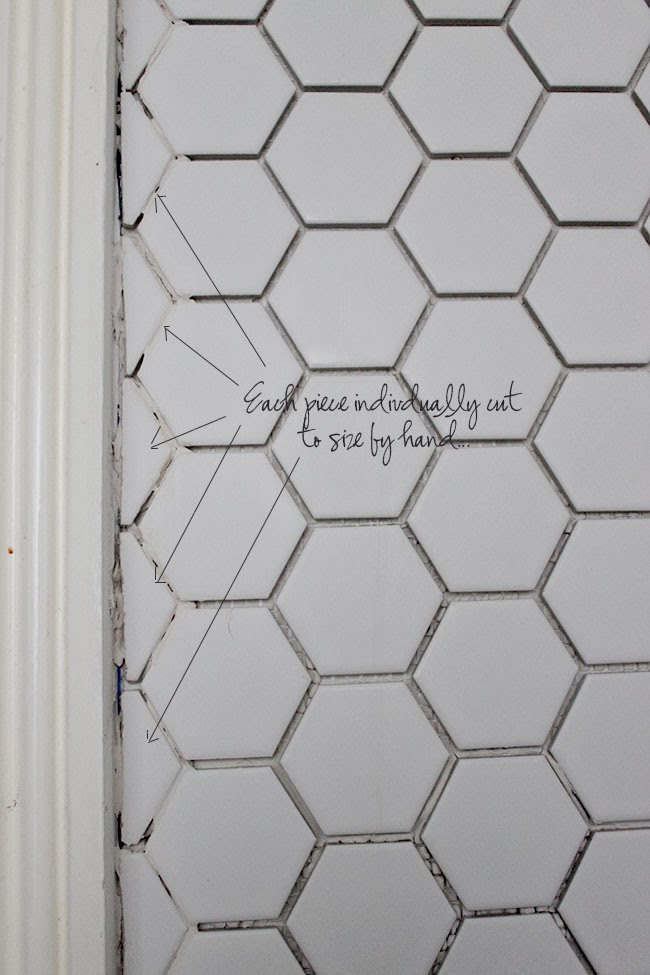 We’ve managed so far to get quite a lot of this done but not all of it.  Once this is completed, however, things should hopefully move rather more quickly.  The Moroccan pendant will probably go in last, once all the messy work is done but that’s literally a one-hour job. 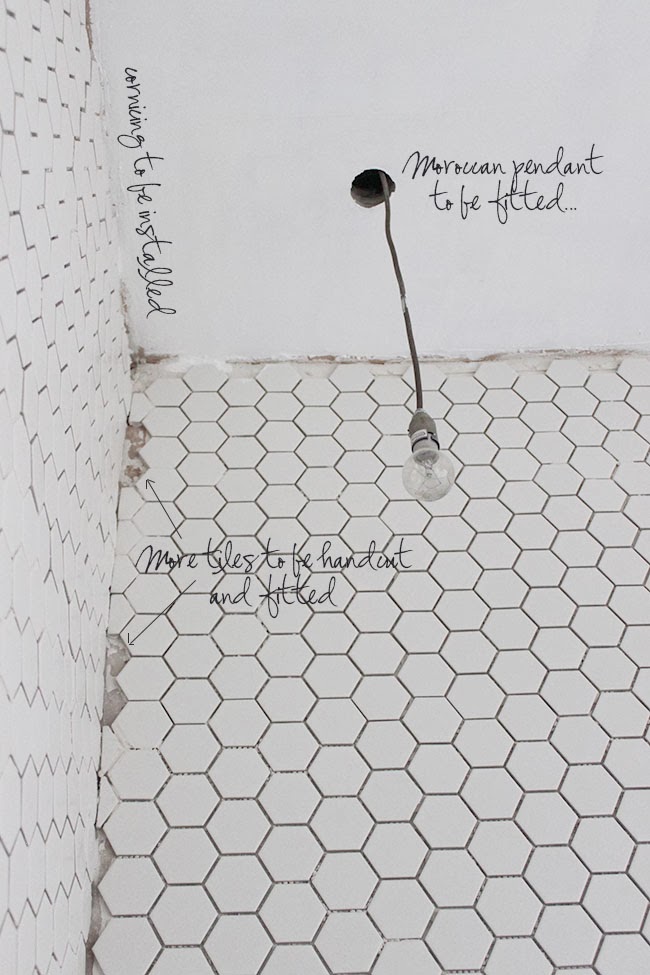 We have managed to get the tub side panel installed and all the plumbing completed including both the sink and the bath taps. 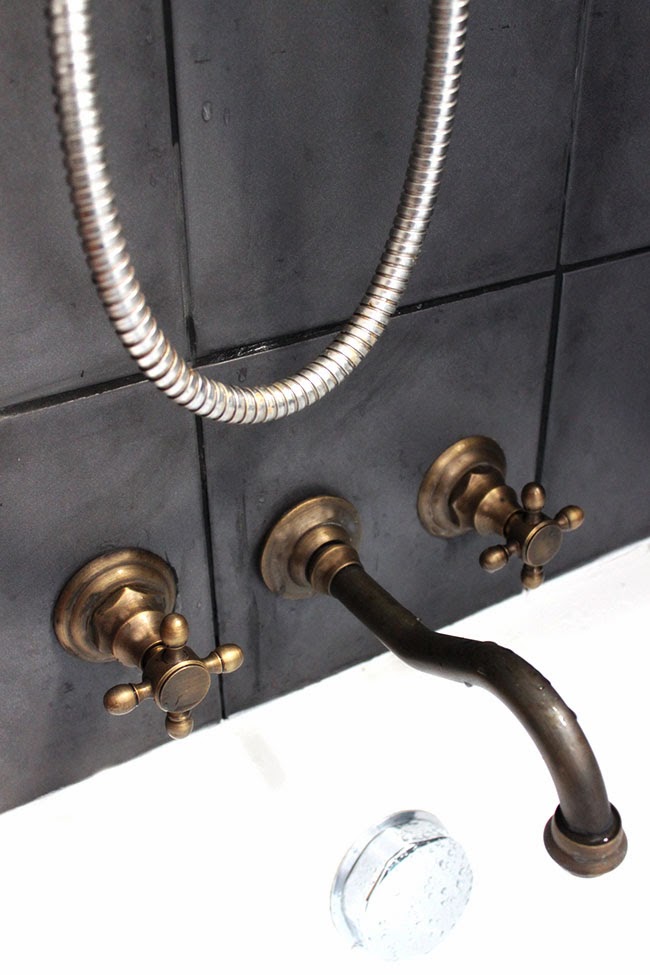 But not all the grouting around the sink has been done. 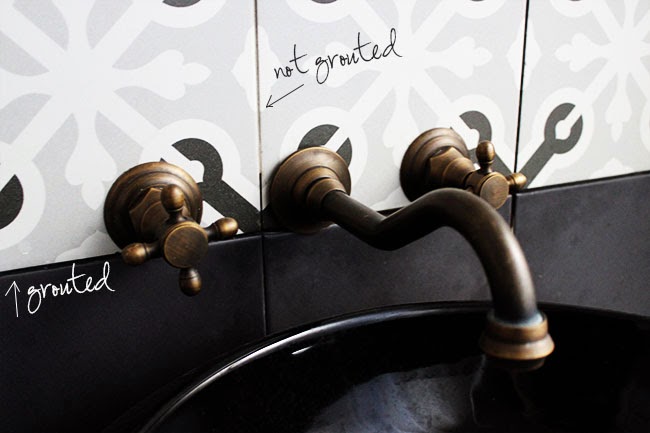 Aside from around the sink, the rest of the grouting around the bottom half is pretty much done. 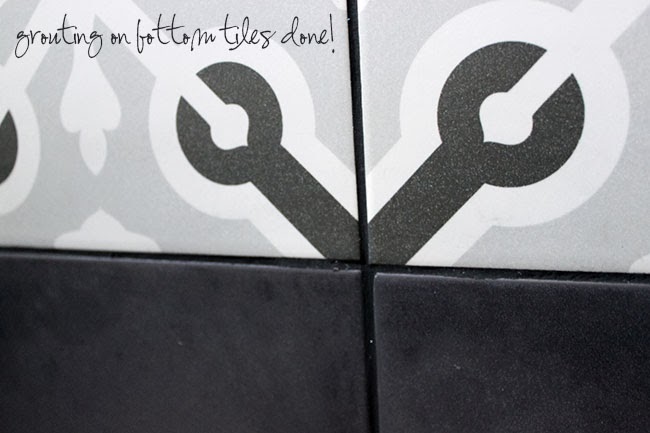 But the floors haven’t been grouted yet… 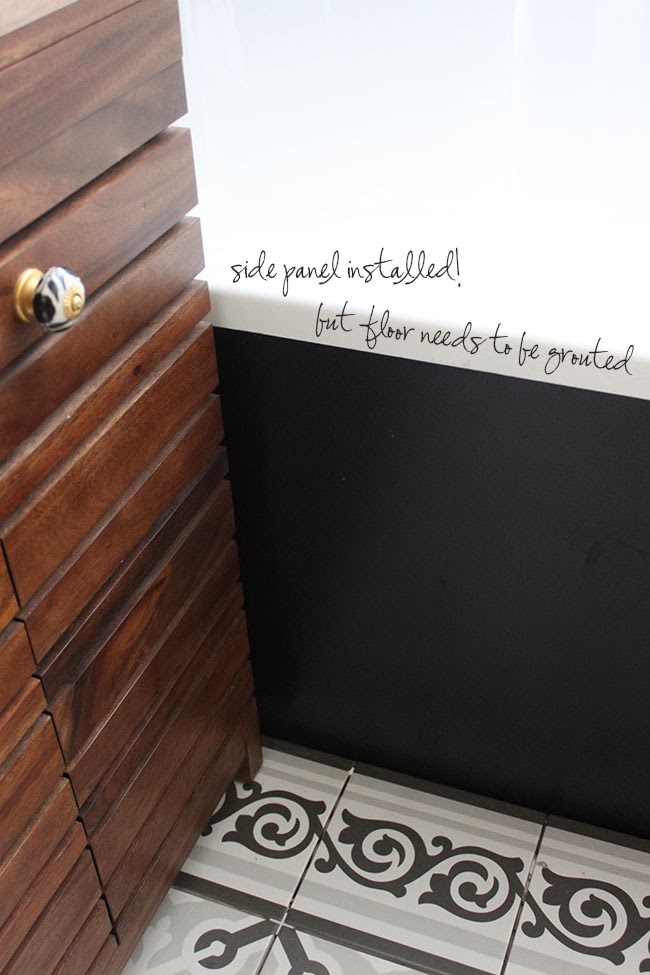 We’ve also installed the spotlights and the extractor fan is working now but the ceiling still needs a second coat of paint.  And obviously, that cornicing installed.  The cornicing can’t be installed, however, until all those little tiny tiles are in place and we can grout the upper half of the walls. 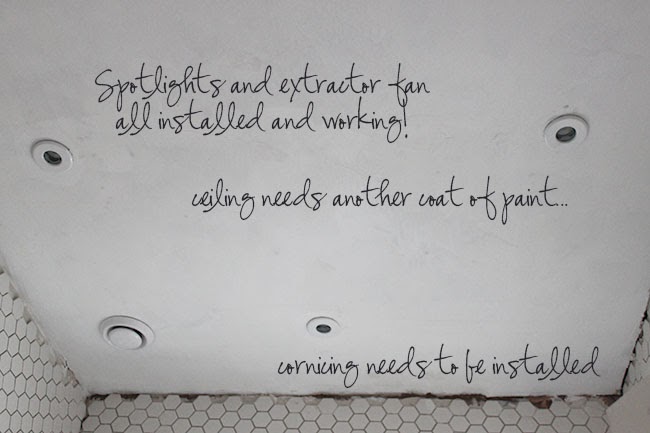 The radiator still needs to be painted as well… 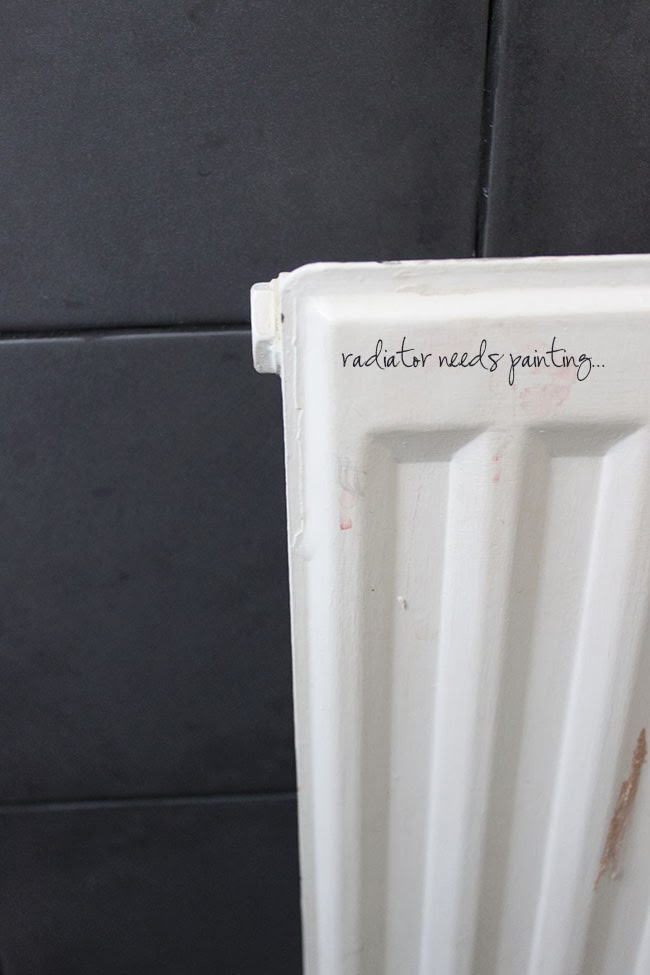 Oh, and the skirting board needs to be cut, painted and installed as well. We’ll do this once we grout the floors.

So I think that covers everything. It’s those pesky hex tiles that are taking the most time though but once they are all done, then it’s simply grouting all the upper walls and floor, installing the cornicing and skirting board and painting the ceiling and radiator and possibly the door as well. So we’re probably 80% there now. Lots of little crappy jobs that we need to do but at the moment, I have a fully functioning bathroom (though I suppose that’s part of the problem because there’s no real rush).

Will it be done before Christmas? I suppose it’s entirely possible but then I did think we’d have the whole thing done by the end of August so there ya go ;)  I know it’s not the reveal you were probably hoping for! I’m sorry it’s taken so long but this blog plays out in real time as you know and sometimes that means delayed gratification ;)

I do hope it’s all worth the (excruciatingly long) wait!