So, I know I keep barking on about the kitchen but I can’t STOP BUYING THINGS. Honestly, you wouldn’t think I was trying to save up for new kitchen counters, would you? Yeaaahhhh. Thing is, I’m starting to plan out my Christmas table and decor so I’ve been scanning the shops trying to find a few glam bits to dress the space. Where does this stuff end up? The open shelving in the kitchen, of course. And that means getting to play around with the shelves! Yay! Fun for me! :)  (No, that’s not sarcasm, this is what I do for a good time. Don’t judge.)

I figured I’d give you a sneak peek of some of the items that will end up on the Christmas table. Now, I have had my eye on these cute little hedgehog measuring cups for ages so when I got a voucher for free shipping from Anthropologie, I decided to give myself an early Christmas present. 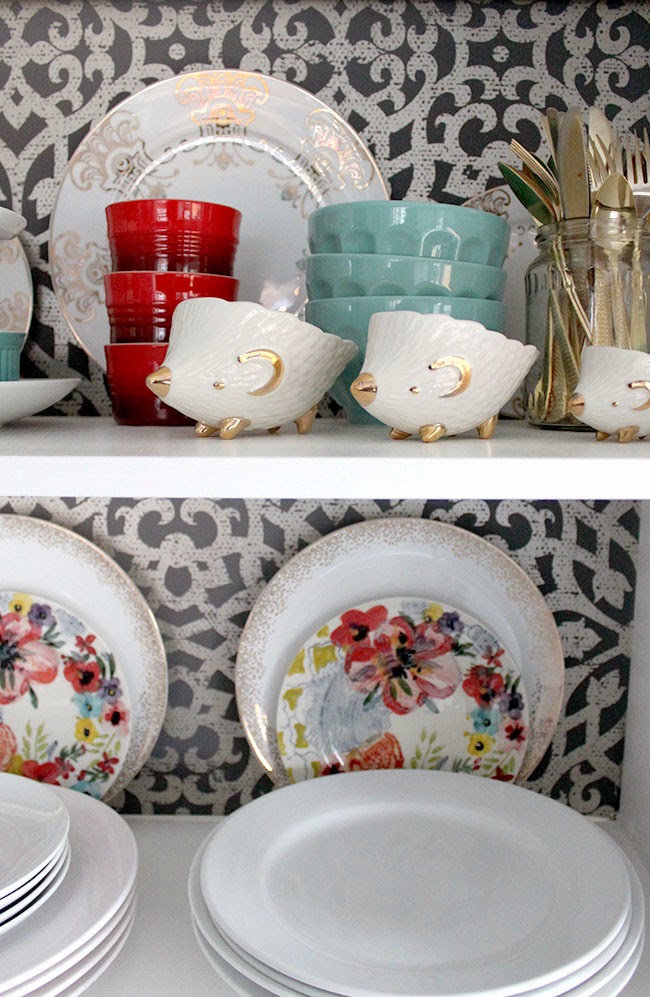 I want to eat them up, they are so damn cute.Yes, the set comes with four little hedgies but the littlest one is doing duty on my barcart holding cocktail umbrellas. It’s okay, baby animal labour is legal in the UK. (Not really.) 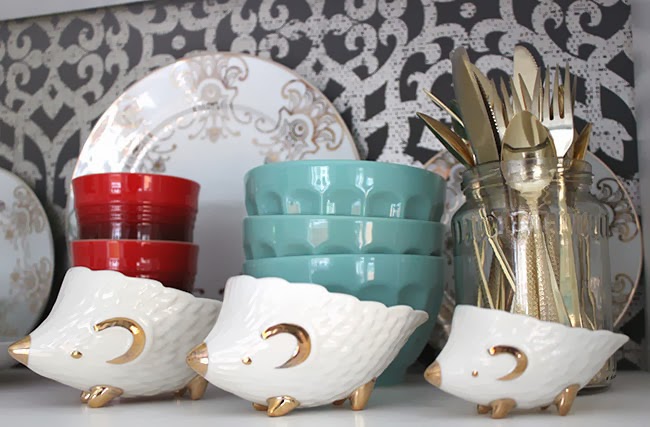 You might also have spied a new set of plates. 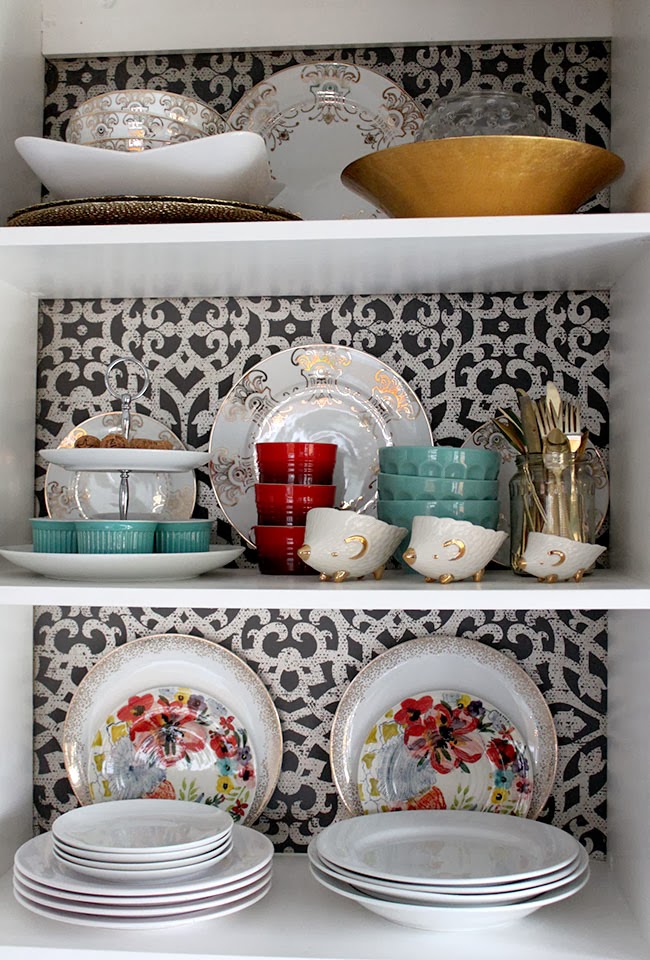 I’ve been looking for another set of gilded plates that I could use in combination with my gold bubble ones I got from Zara Home. I found them at a ridiculously reasonable price of a mere £27 for 4 plates, 4 side plates and 4 bowls from (oh god, I feel embarrassed just telling you this…) Laurence Llewelyn-Bowen’s collection on Very. I know, I know, as much as I feel a lot of his stuff is way too OTT for me, individually some of his pieces are actually really lovely. And this set of plates spoke to me and told me to buy them. Who am I to argue? 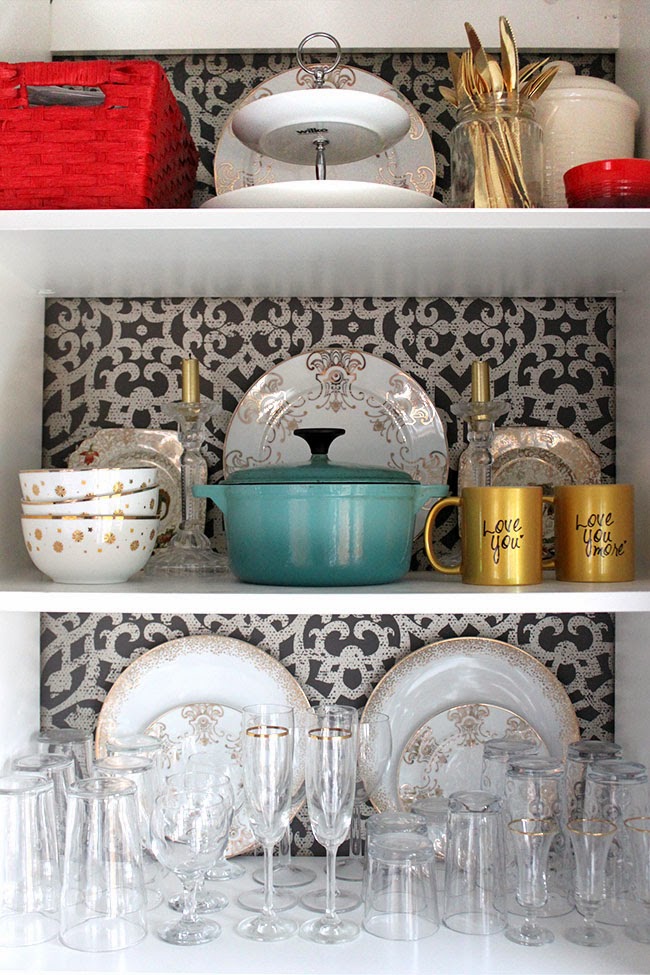 So here’s how the shelving is looking at the moment with a little added sparkle. When I first put up the shelving, I always wanted pretty plates to display along the backs and I finally have enough to do that! 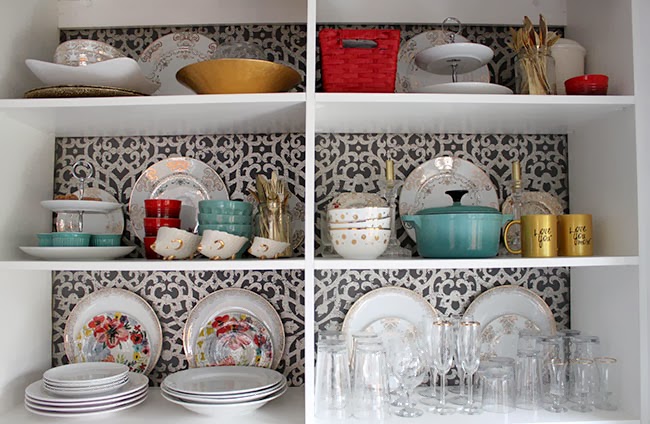 Speaking of bargains, I also saw that Anthropologie added these amazing monogrammed mugs in gold to their site recently for a mere £8 each. I was on those puppies like white on rice. 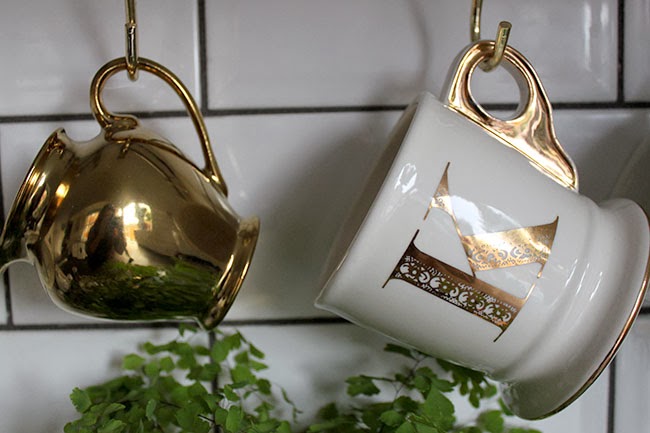 Of course, I had to get Wayne his own as well. I don’t think he’s as impressed with them as I am, despite me telling him I’d bought it for him as a gift. So ungrateful. 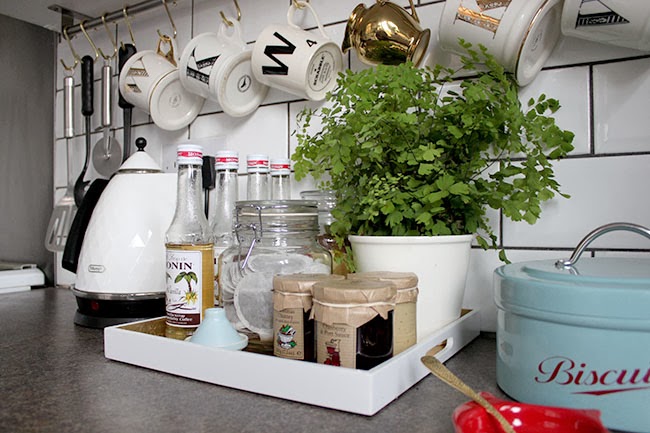 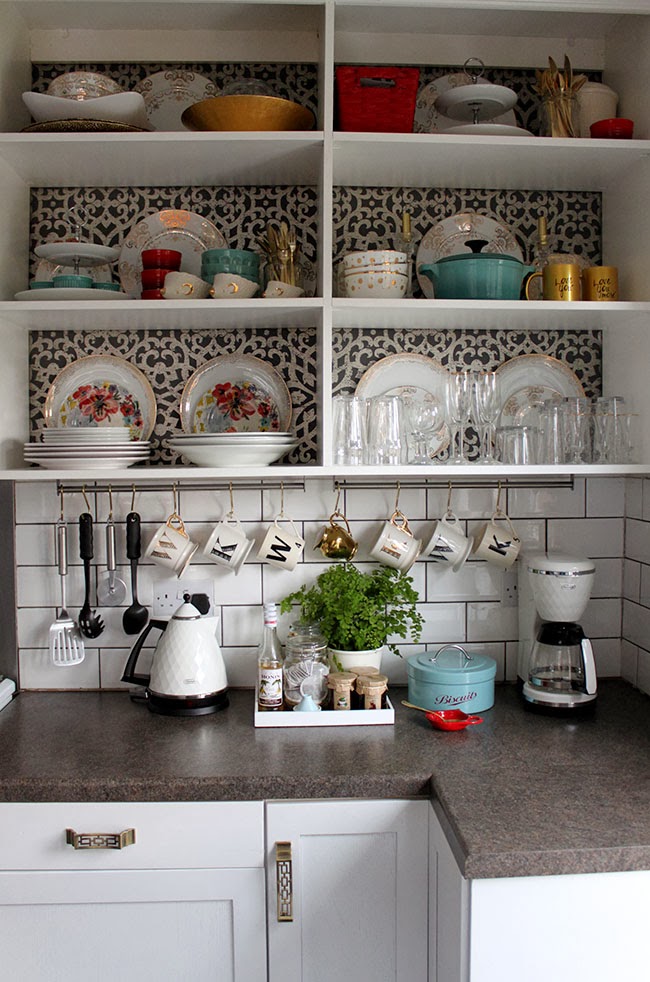 The shelves on the other side had some zhushing as well but they are more utilitarian than glitzy ;) Thinking I need a bit of gold in these shelves, don’t you? 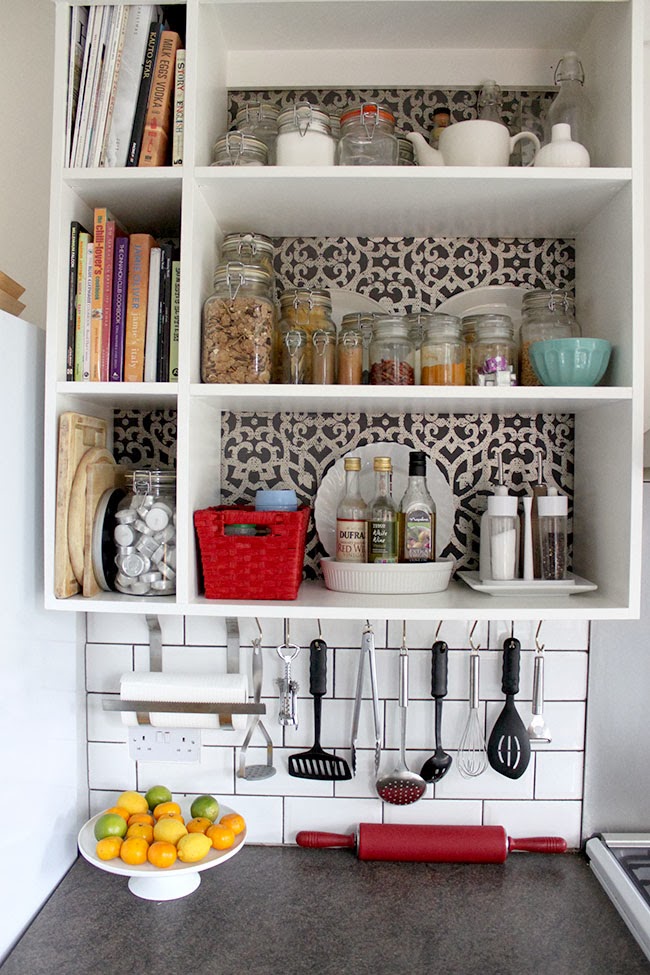 So that’s the recent glitzy additions. I’ve still got my eye on a couple other inexpensive bits to dress my Christmas table but you’ll have to wait for that! 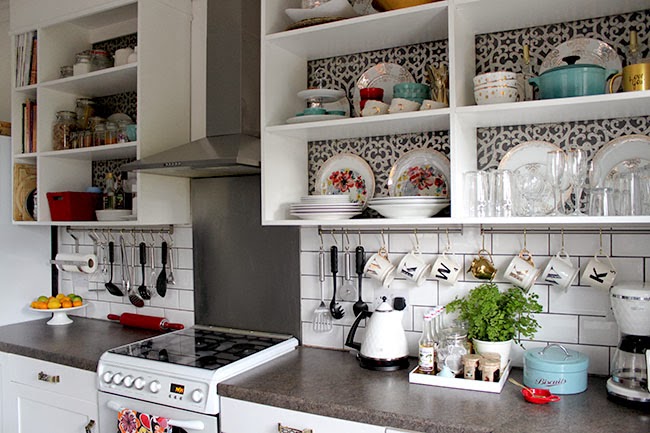 In the meantime, what do you think of the pretty (cheap) plates and Anthro additions? Do you think I’ll ever replace those craptastic countertops? Buy anything pretty for the kitchen lately? Spending money on little things when you should be saving your money? Go on, spill…