Dining Room Chairs Update, How to Hide a Sky Box and other random stuff

When I got my latest set of Faux Bamboo chairs, I said PUBLICLY ON MY BLOG that I was going to be embarking on my very first upholstery project.

Can someone please remind me to keep my mouth shut about stuff?  Reason being… after 2 weekends about a month ago of trying to remove a million staples (and only succeeding with about 30), the chairs have sat in my dining room unfinished, scornfully mocking me at my failure. 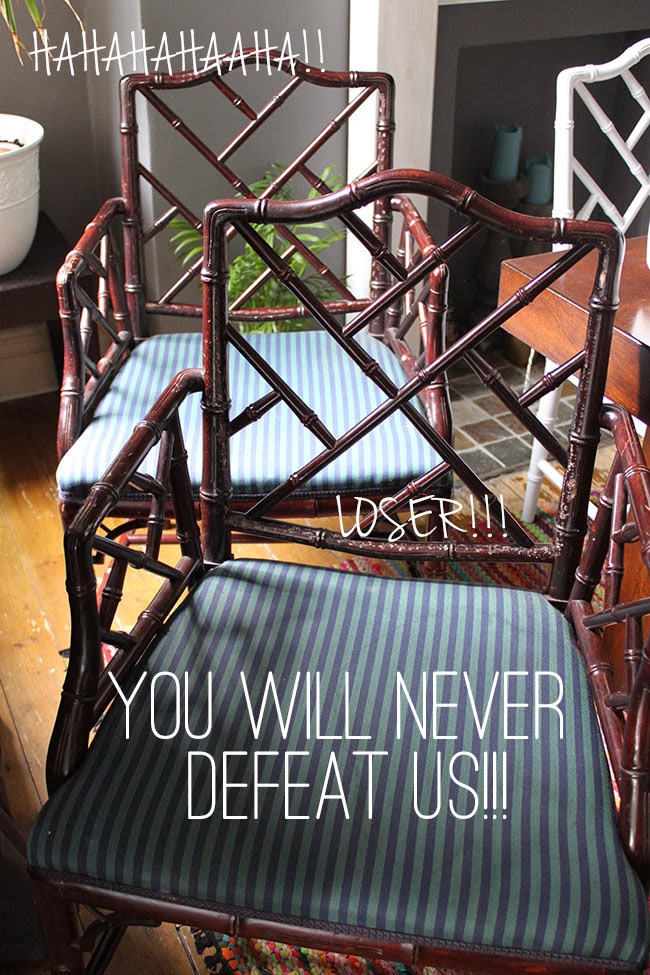 I just kept thinking about my poor wrists and fingers, what a drag it was taking those bloody staples out and how much I didn’t enjoy it for one second.  I kept pretending little fairies were going to come in the night and take all the staples out for me.  Thus far, they haven’t come.  Oh, the shame.

I love lots of different types of DIY.  I have a feeling I’ve found one that I really don’t because that first stage did my head in.  Sigh.  So, when I found a nearby upholsterer with 25 years of experience that could do the full job for a mere £25 per chair, there really was no hesitation.  It felt good to delegate this one and know I was going to get a professional job without having to spend lots of cash.  To me, it was worth it.

Feeling a renewed sense of excitement about this makeover project, I ordered up my fabric… 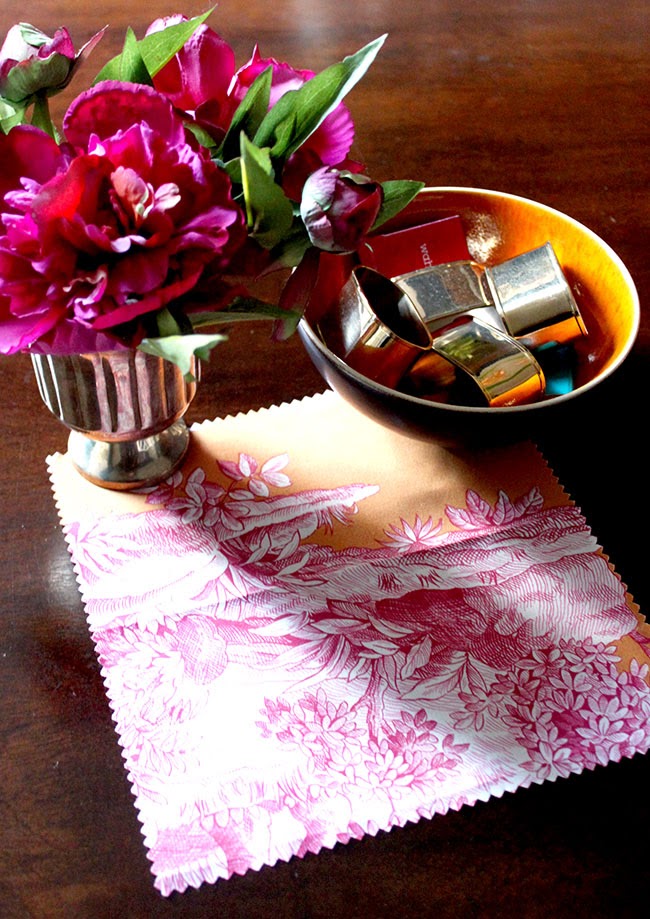 Yes, I decided on Manuel Canovas Bengale fabric in Paprika.  It makes my palms all sweaty and my knees all weak.  Words can not express how in love I am with this fabric. 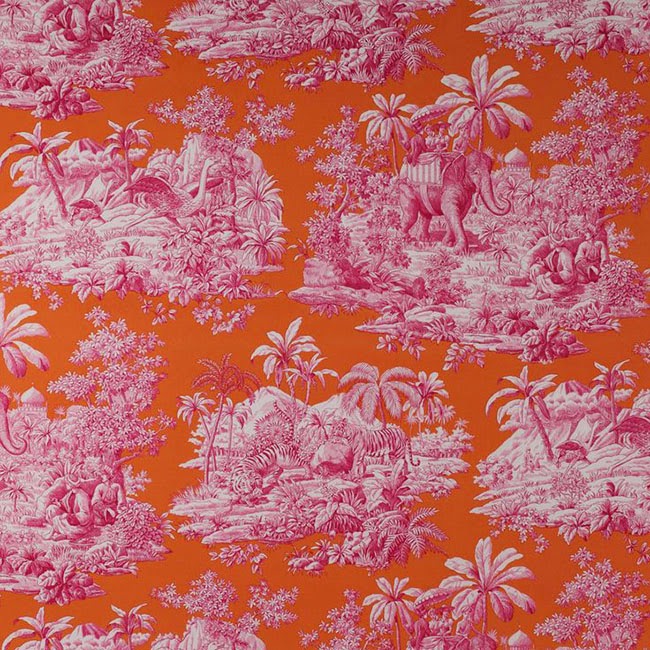 I’m pretty sure it’ll work really well with the colours in my dining room. 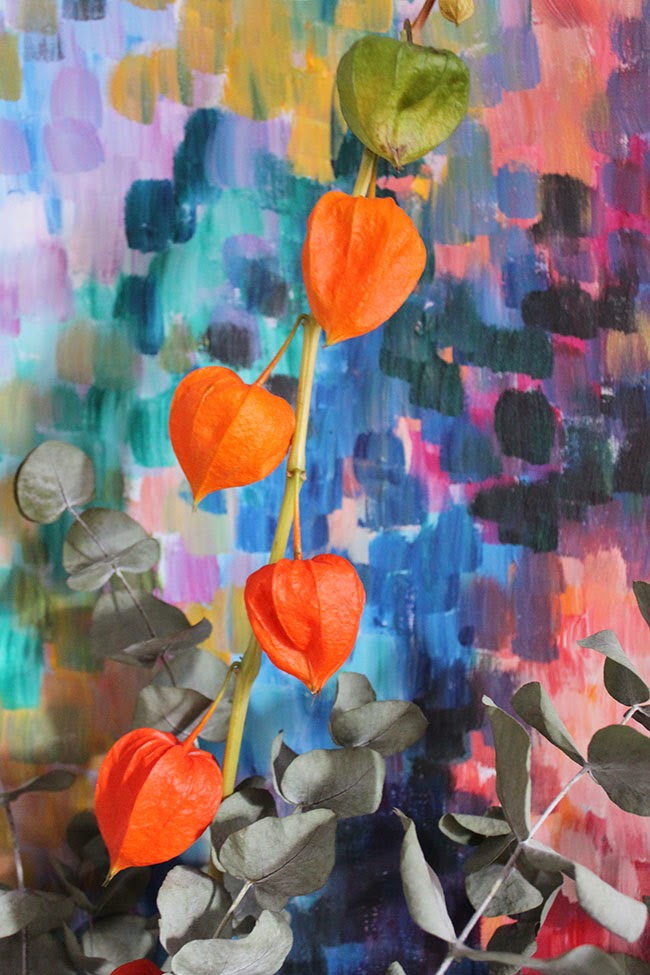 Oh yes, I picked up those little cool branches at my local florists.  They are called Chinese Lanterns mixed with a few branches of eucalyptus.  They look a bit like little pumpkins, no?  Yeah, that’s as far as my Halloween decorating goes I’m afraid.

This photo is a bit poor quality (apologies, it’s been pretty dark and rainy the past few days) but you can get the idea anyway. 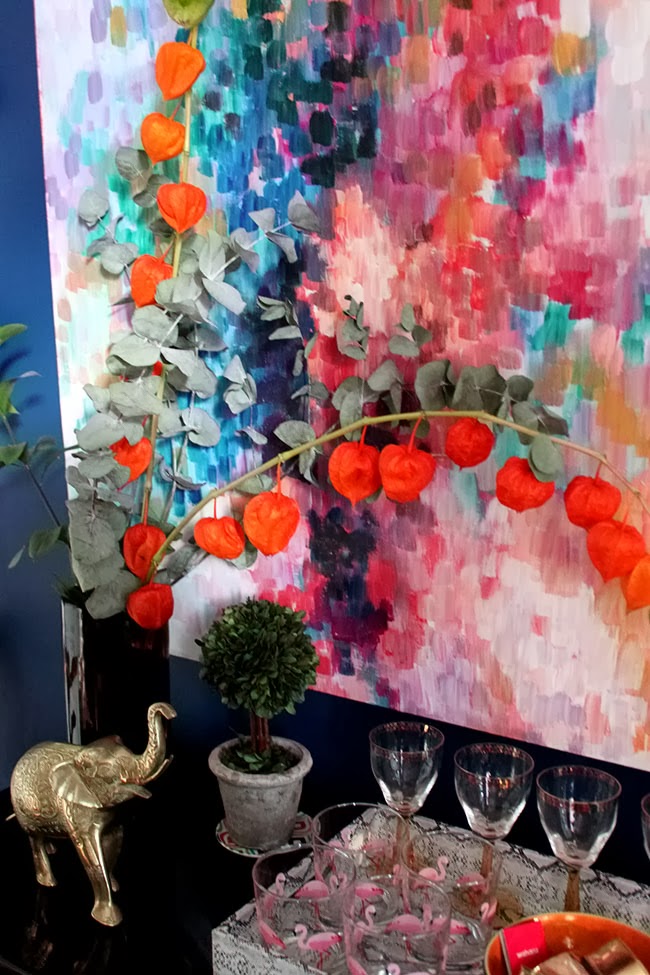 Oh I also changed up my mantle a bit too.  I got two blue and white vases from Home Sense (the homewares part of TK Maxx) a few weeks ago and filled them with some greenery to add height. 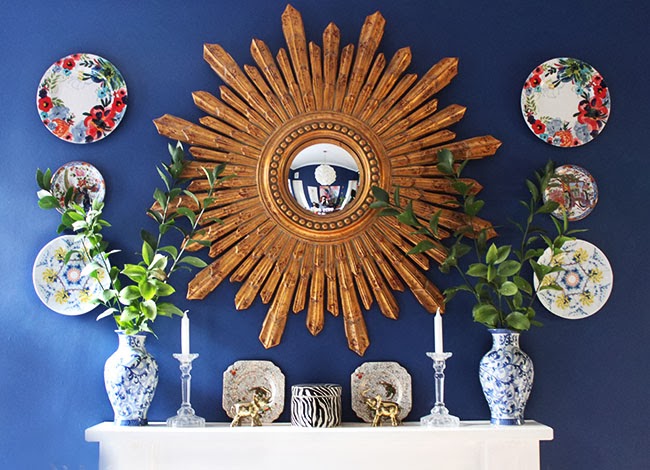 Going back to the chairs, they will be done in 3 stages.  I’ll be dropping off the chairs at the upholsterer where they’ll be removing the seats (and all those blasted staples) and then picking them up whereby Wayne will take them to his bodyshop to be sprayed… and then I’ll bring them back to the upholsterers for the seats to be done.  I should have them all done well before Christmas!  Whoop whoop!

Anyway, I also wanted to share something else.  We have always had a television in the dining room which I’ve explained a number of times on my blog.  What I never told you was that the Sky Box used to sit on a little stool next to the sideboard.  I hated that thing but because the sideboard already had a PS3 in it as well as a million other things, there wasn’t really room for the Sky Box too.  So any time I took pictures, for the most part, I just unplugged it and took it out of the room.  Yes, a little confession there.  However, we recently decided to get rid of the Xbox (Wayne has his man cave downstairs for that stuff now anyway and he already had a PS3) and so we were able to move the Sky Box into the console (yay!).  However, that meant opening the sideboard every time the television was on – not entirely convenient when you have a kitten that sees it as an invitation to climb in and chew on a few wires.

So we got a nifty little gadget called a Magic Eye.  It works with your Sky Box and it’s actually meant to hook up your Sky Box to another television in the home.  But with this, we can operate the Sky Box remotely without having the box on show.  Success! 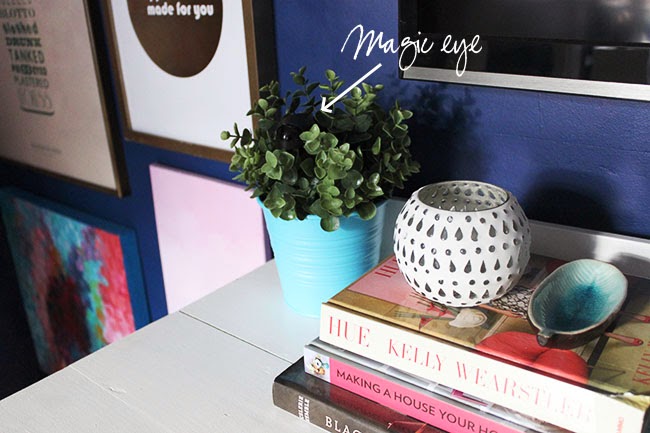 Anyway, this isn’t a sponsored post or anything, I just thought I’d share that in case anyone else wanted to discreetly hide away their Sky Box and still be able to use the remote controls and all the other functionality without having to see that big black/silver thing.  As you can see, I hide it in my little fake Ikea bushes and it’s hardly even noticeable.

Oh one last thing in case this post isn’t random enough.  I’m running a pretty cool competition at the moment on AO at Home – one that I would LOVE to win myself. Alas, I can not but if you live in the UK, you can. 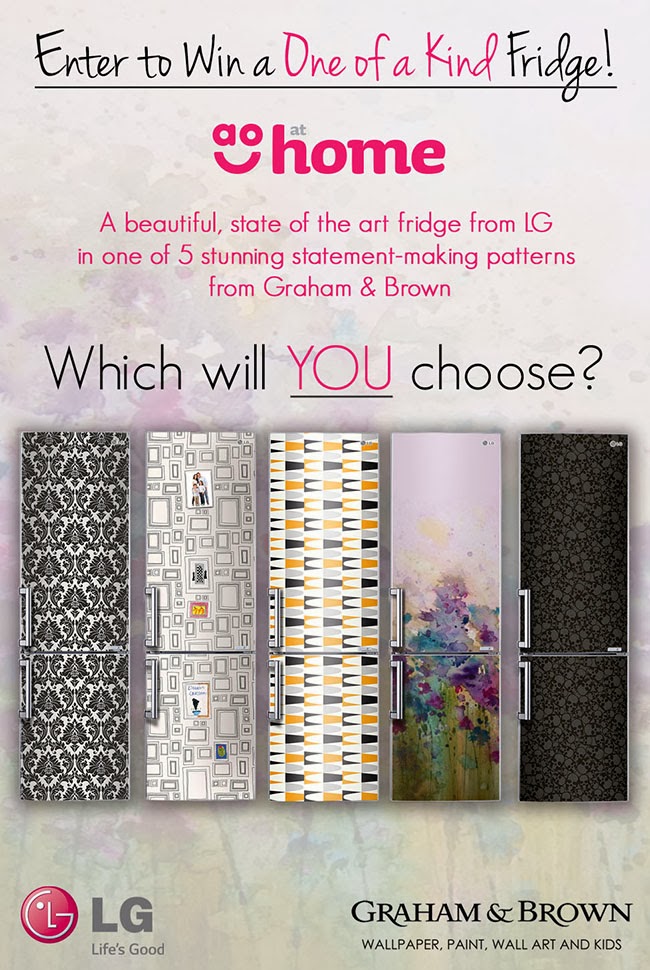 Pretty awesome, no?  That watercolour one is just STUNNING.  And the skulls one is just so rock n’ roll.  You can enter here and it ends on Tuesday so you better hurry if you want to be in with a chance.

Right, that’s all my news at the moment.  Have you ever been defeated by a DIY project and called in the experts?  Find any nifty gadgets lately?  Do tell…