I know we are in the midst of Operation Bathroom Remodel at the moment and any sane person would complete this project before embarking on another one but not us.  No, we decided as we’re in the last throes of summer to start a new project before the autumn weather sets in.  I haven’t decided whether we are opportunists or simply crazy.  I’ll let you decide.

Ya see, the garden fence on the west side of the garden had been replaced a couple of years ago and at the time, I’d wanted to also replace the fence on the east side as well.

Here’s the difference the new fence made back in 2011.

Unfortunately, we never did replace the east side fence.  I knew it would be a lot of work and we were busy with other things and we just never got around to it, sadly.

One of the reasons we decided to do tackle this project now – more than 2 years later – was because I was contacted by Homebase and asked if we wanted to review one of their gardening products.  But not just any product – no, a product that would make us look like ACTUAL GARDENERS rather than complete clueless numpties when it comes to gardening.  (Which we really are.  Give us a falling down house?  No problem.  Give us a garden that’s a mess?  Clueless.)

So given the chance to not just replace the fence but create a side garden with help by the experts, we took that opportunity and ran with it.

I wanted to first of all share with you the befores of the garden fence and then I’ll be sharing a little bit about our plans and the product.

The plants were spectacularly overgrown.  The ivy – which I’d loved when we’d first moved in – had gotten out of control, despite me hacking at least 2 feet of width from the fence earlier this year in an attempt to hold back what looked like a tidal wave of leaves.

Can you even tell there’s a fence in there?  Only just. 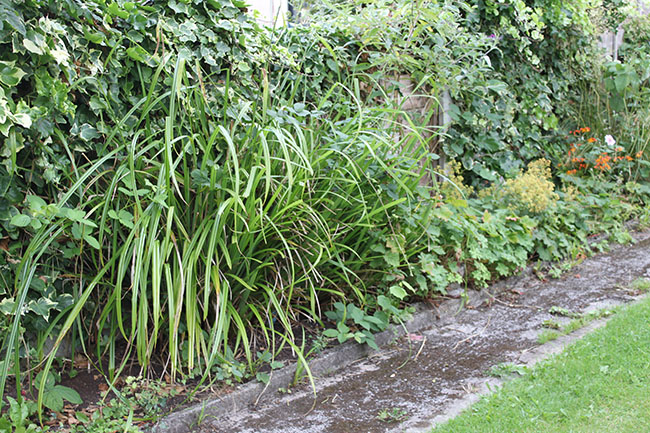 This is a garden that’s been here for 100 years – there is so much growing that removing nearly everything to have a clean slate – both above and below this patch of garden – was going to be a task and a half. 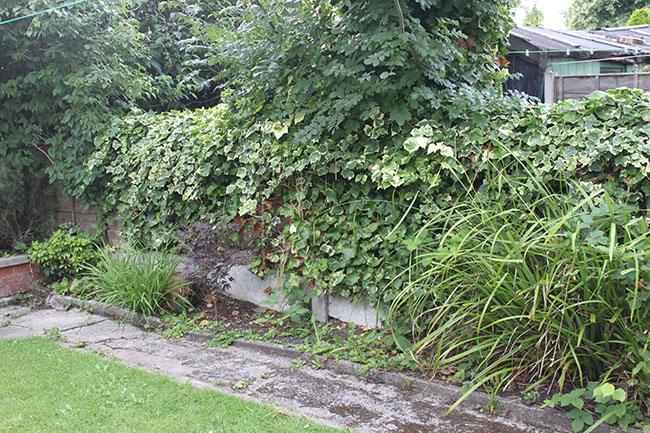 I have no idea how old the fence was but where the ivy had taken hold, it was falling to bits (Ivy, while lovely in some spots, is incredibly pervasive once it takes root). Add to that, some of the plants that had been put in years ago as ground cover were doing a little too good of a job and just taking over everything in it’s path. 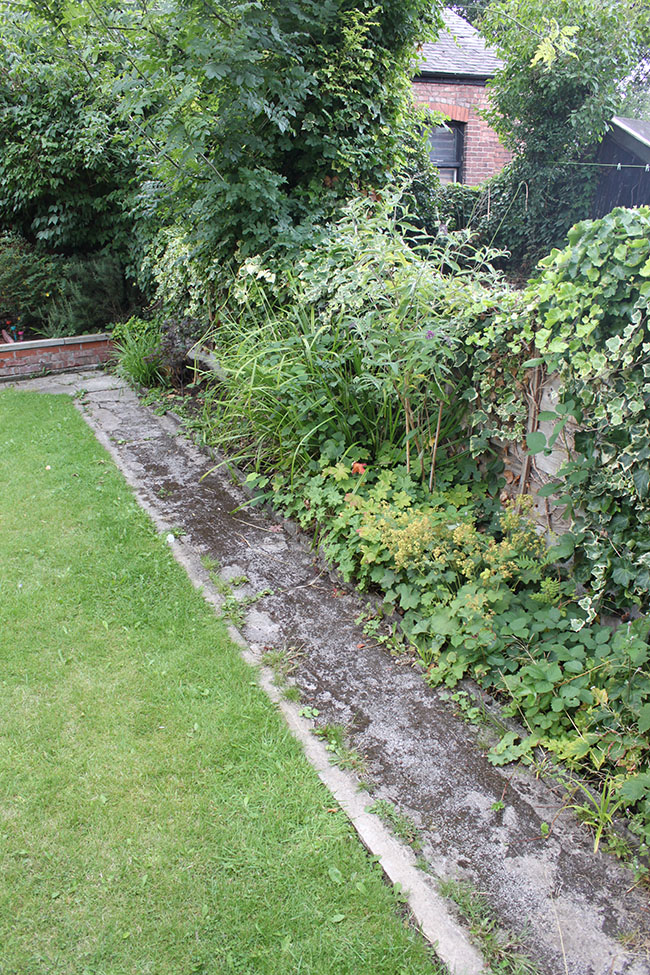 Here’s the view from the other side towards the house…  As you can see, the side return is a bit of a dumping ground for all our DIY projects.  We do have a clear out of this space quite regularly but as we’re in the midst of a bathroom remodel, it’s a bit of a mess at the moment! 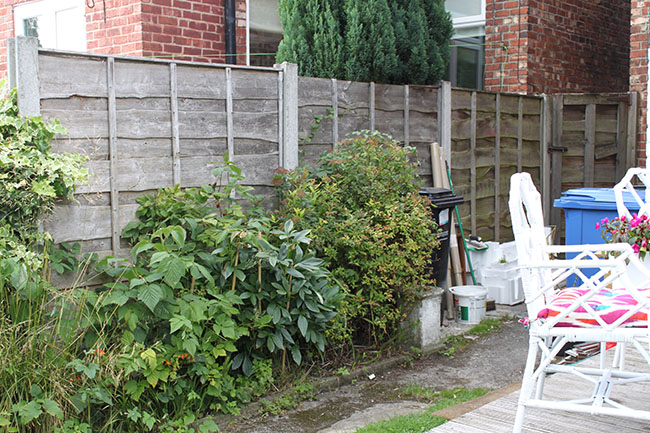 We needed an intervention and we needed it now.

This is where Homebase came in.  They have a new product that’s freaking genius.  I’m going to share that with you very soon.

Stay tuned for my next update when I share with you how we got on to transform this rather neglected space into something that looks a lot cleaner with help from the experts.

So tell me, have you got a garden that’s out of control?  Have you ever seen the evil side of ivy? Clueless like we are about gardening?  Do tell…

This post and project is in association with Homebase and some of the items used in our makeover were provided to me free of charge for my review.  All words and opinions expressed and images shown, however, are very much my own.