Operation Bathroom Remodel: It’s all in the details… and also? Plastering.

While Wayne was busying plastering the ceiling this weekend (more on that below), I decided that I’d share one of my very favourite parts of home improvement – accessorising.

It’s the details that make the difference, kids.  And over the last couple of weeks, my doorstep has been trod upon with all manner of deliveries.  We got the entire bathroom suite (more on that one in a future post), the soon-to-be-shower curtain rail (again, more later, that’s a DIY job which I have high hopes for!),  all manner of plumbing and lighting supplies as well as things like taps and a thermostatic shower… but my favourite deliveries?

I got the mercury gold soap dispenser and lidded pot from Zara Home in their sales (which are still going on by the way – fill yer boots!)… 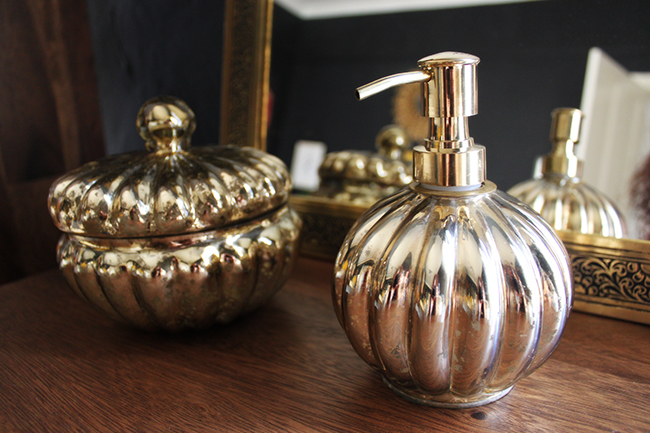 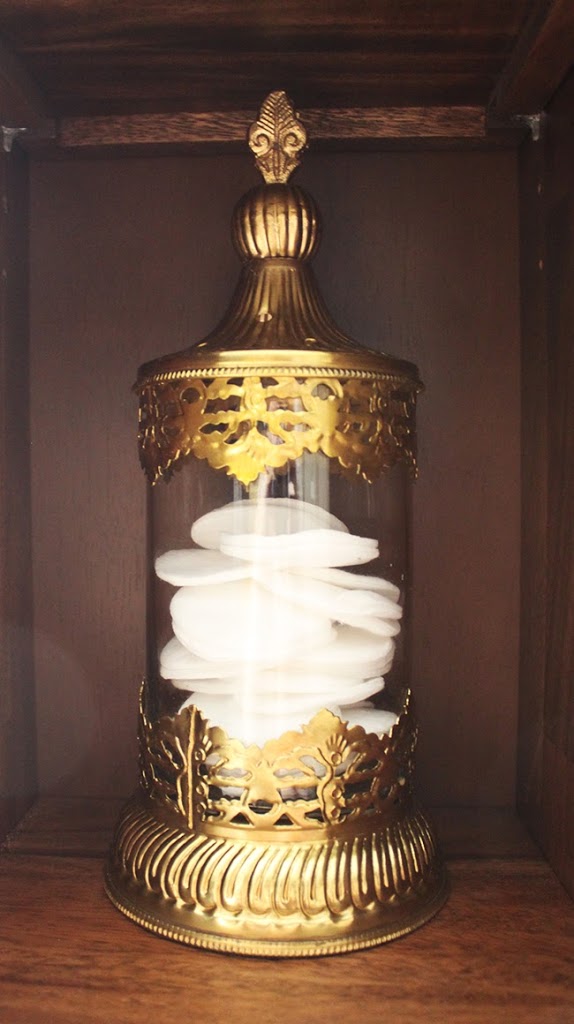 I also got in a delivery from Anthropologie.  Be still my beating heart. 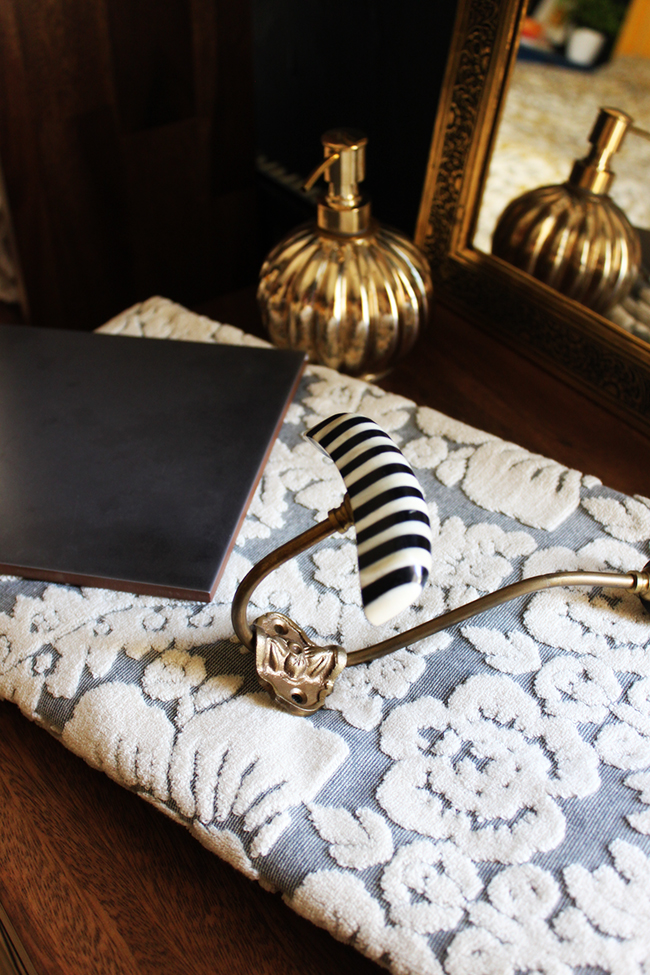 You may think that I decided on the stripey hooks but you’d be wrong.  Put to a vote across the blog, Facebook and Twitter, the ‘antler horn’ version was the clear winner.  So I was actually all set to order the those hooks (who am I to question my readers’ impeccable taste?!) but alas, Anthro made the decision for me – they weren’t available when I went to place my order!  (Don’t you hate when that happens?!)

I have to admit, I’m not that bothered.  The striped ones are rather lovely, nicer than they looked on the website and I’m pretty damn happy with them.  So all’s well that end’s well.  The dark tile will be on the walls – stay tuned to find out where and how I’m using them.

I also got a set of ‘Perpectual Blooms’ towels – at £28 each, they were a bit of a splurge but I haven’t bought new towels in about 7 years.  It was time.  And these are gorgeous, thick and tactile.  Worth it!

Another Anthro splurge… the sculpted Mums shower curtain.  I’ve DREAMED of a fluffy white shower curtain from Anthropologie for at least 2 years…  My boyfriend would DIE if he knew how much I paid for this thing so let’s hope he doesn’t click on that link. 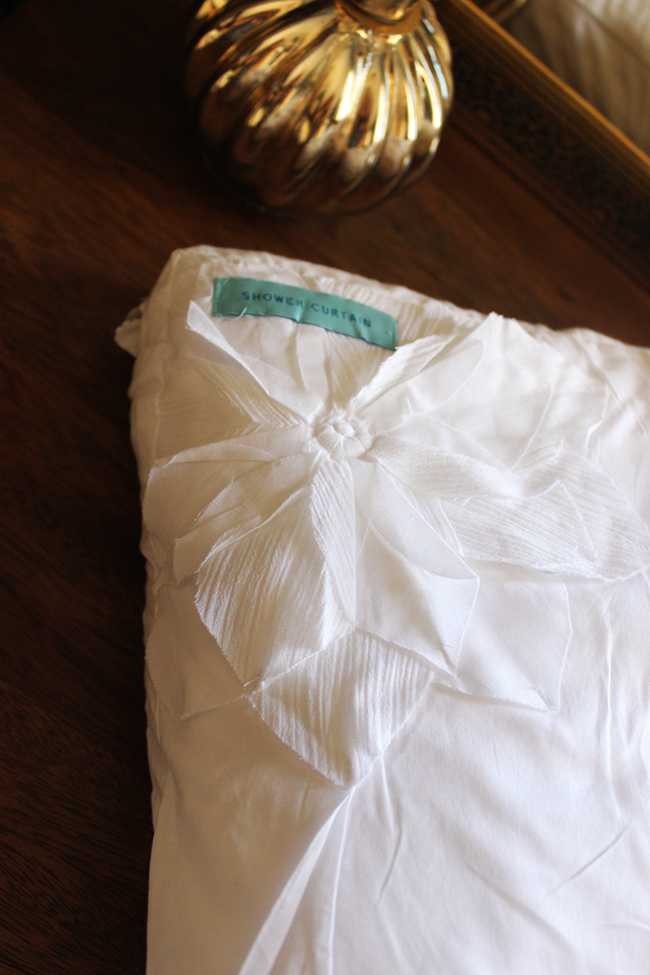 I think these will all pretty up my bathroom rather nicely.  The lidded glass jar at the front was also from Anthropologie. 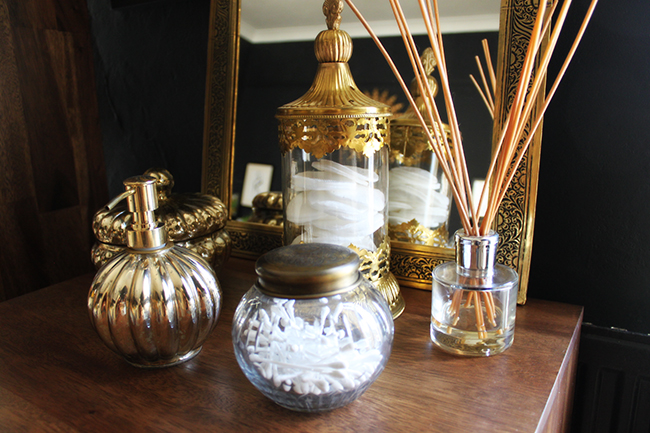 So aside from fawning over my new accessories that don’t yet have a proper home, this weekend I also went to work building the sink console and storage unit from Next.   And yes, I styled them JUST FOR YOU and not AT ALL because I couldn’t resist having a bit of a play.  I am SO good to you guys. 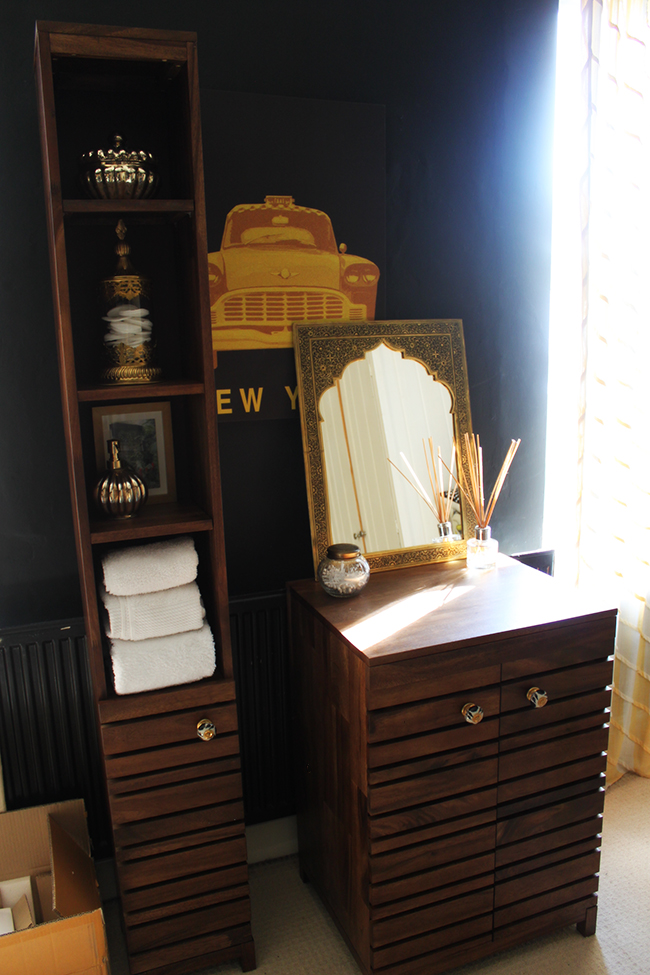 The original wood handles have been swapped out for these cute black, white and gold knobs from Anthropologie. 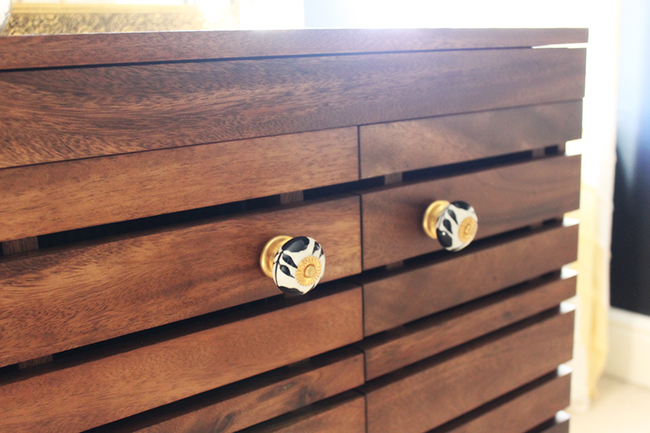 As you can see, I built them in the bedroom because it was the only area left in the house that wasn’t COVERED IN BOXES.  There they both remain until they can go into the bathroom.

What’s happening in the bathroom?  Well, while I was busy playing building, Wayne was getting messy.

Yes, indeed, plastering is a MESSY job (more so for amateurs) but after plastering the kitchen ceiling and the cellar/man cave, Wayne is getting pretty good at it.  Rather than attempting to get it perfect as soon as it goes on the wall/ceiling, his technique involves slathering the stuff on as evenly as possible and then immediately afterwards, smoothing it all out and eventually, once it’s dry, sanding it all out for the perfect finish.  It does seem to work well.  (Check out the tippy toe action!!) 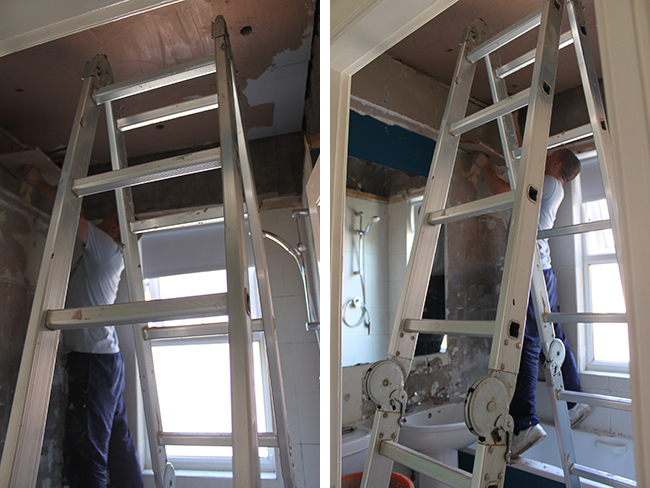 Here’s the ceiling afterwards… SMOOTH AS A BABY’S BUTT. 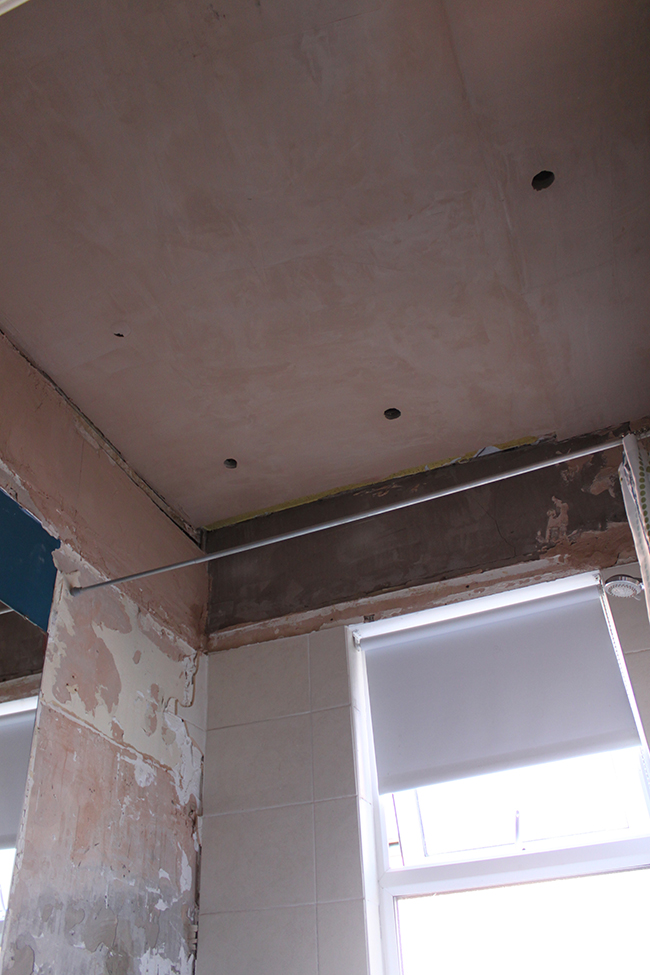 The walls were just touched in for now and the corners will be covered by a cornice so they don’t need to be beautiful.  There will be a bit more plastering to touch up the walls this week.

Next weekend is where the real fun begins.  Wayne has the week off to get the bathroom remodel really moving so while progress has been slow so far, things will go very quickly very soon.  My new pretties will finally have a home – woohoo!

What do you think of my bathroom bits so far?  Have you had sweltering heat waves like we’ve been having and are eating and drinking your own weight in berry cider and BBQ food like me?  Whatcha get up to this weekend?  Do tell!

P.S. I wanted to mention that I’m gonna have a FANTASTIC competition coming up this week on the blog – and it’s A GOOD’N.  Stay tuned for that chickens!
P.P.S.  Google Reader shut down on 1st July!  Don’t miss a thing!
Follow Swoon Worthy on Bloglovin’