So a bit of this happened this weekend. 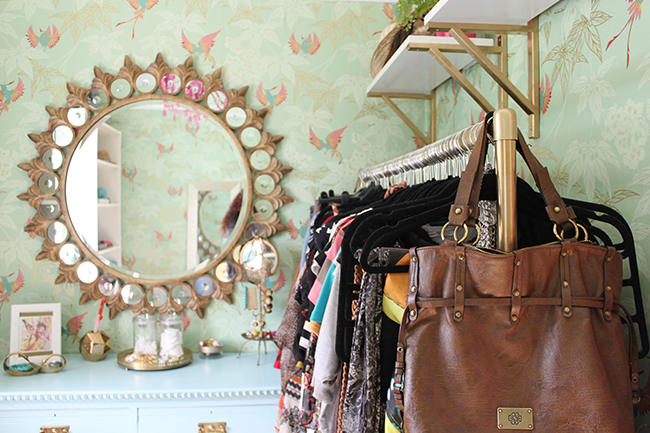 I finally got shelves put up in the dressing room!!  Woohoo!

I’ve wanted to do this since forever.  The shelves themselves I’ve had since last year when I painted them a glossy white.  The brackets were purchased well over a month ago.  When did I  Wayne finally get around to putting them up?  Today.

Yeah, I know.  It was just one of those projects that I knew I wanted to do eventually, it was just getting around to actually doing it.  So it’s taken a while.

They aren’t styled yet.  So I’ll just say that now.  But I did want to show you what it was that actually pushed me to get these up. 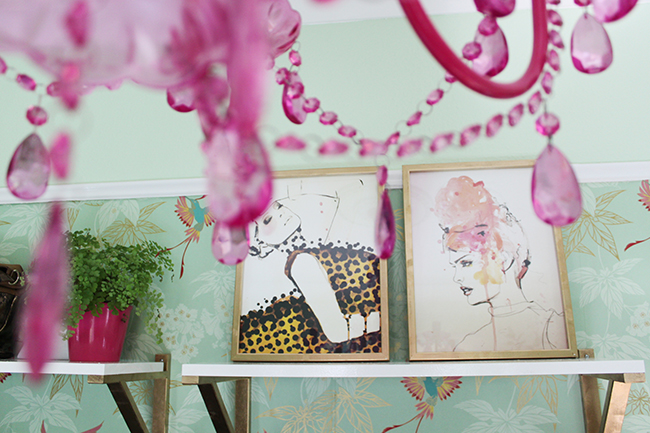 Ooooh yes, they are my gorgeous Leigh Viner prints!!  I’m so excited by them.  And I have to tell you something amazing about them.

But before I do, I just wanted to point out that I’ve been hankering after one of her prints since I spied one in the amazingly talented Christine of Bijou and Boheme’s home.   (Funny enough, Christine also inspired me to paint my clothing rail gold.  There’s something about her feminine-with-an-edge style that I clearly want in this room.) 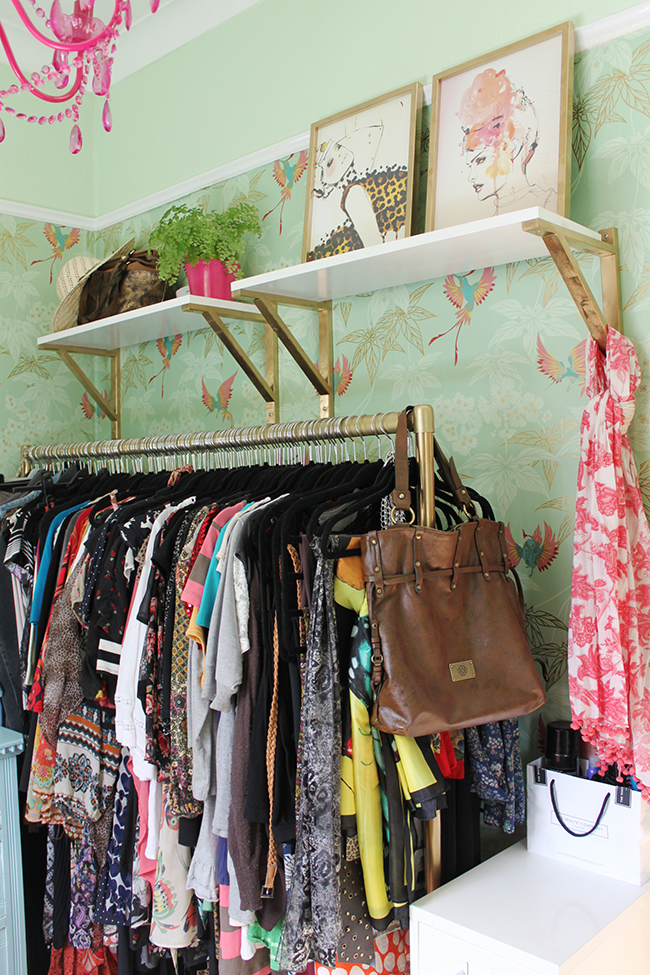 So here’s the amazing bit.  Do you know how much the prints were??  FIVE POUNDS EACH.

For realz, peeps.  Five quid each.

Wanna know where?  John Lewis (which is not generally known for having very inexpensive things so even more excitement right there.) 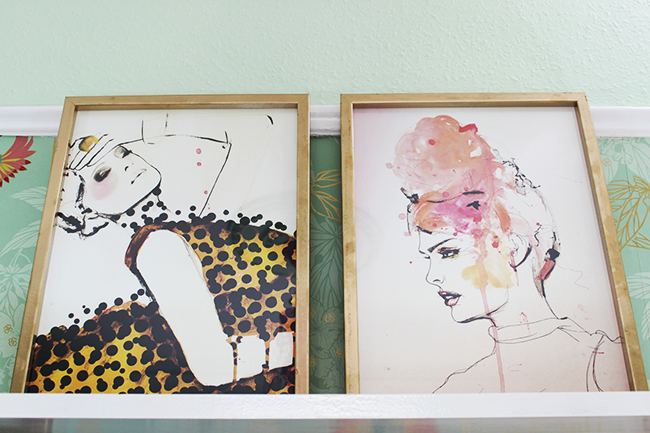 The truth is, as much as I wanted Leigh Viner prints, I never pulled the trigger ordering from her Etsy site was because it’s expensive buying prints and shipping them from the States and then getting whacked again by custom charges – buying two prints would have cost me around £60 plus custom charges at around £20 – so yeah £80.  You can understand my hesitation.*

*Update: I had a lovely Twitter conversation with Leigh (I freaking love Twitter, have I mentioned that?) and she said that she tries to keep her custom charges down when shipping overseas so if you are hesitating like I did because of that, then she can help there! Yay!!

Add to that, not being able to find standard size frames here that fit standard size prints there so it would have been more hassle (and cost) getting custom frames.

But when I spied these beauties FOR FIVE POUNDS in normal 30mm x 40mm sizes, I simply had to get them for the dressing room.  We actually did a post on the AO Blog recently on Fashion Illustrations and actually covered her illustrations (Sarah, try not to be jealous, you know I love you).  To have Leigh Viner prints selling here in the UK for so little makes my little budget-friendly heart burst with happiness.

Ok, getting on with the shelves.  Like I said, they aren’t really styled yet and I need to get a few things in terms of some pretty storage boxes for them so that they are actually useful but I wanted to show them off.  I’m impatient. 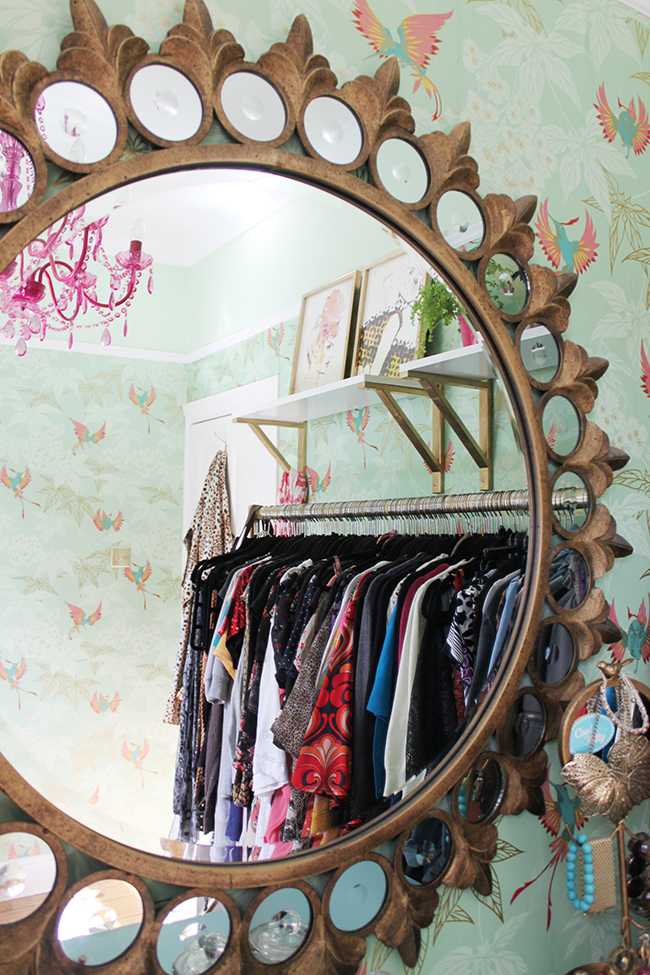 Regardless, they fill that awkward space so much better now.  I will add as I’ve said probably a million times before, THIS ROOM IS SO HARD TO SHOOT.  It’s teeny tiny and so there’s no real great way to show you how they really give the space that needed extra something but you’ll have to trust me when I say how happy I am with the result.  You can kind of get the idea of how they work in the room from this shot… 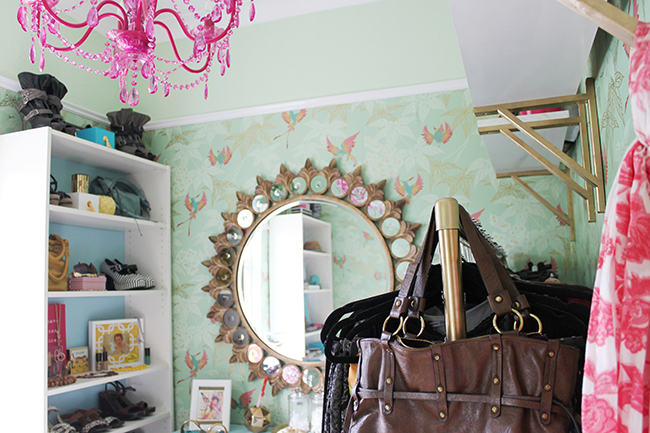 If you are wondering, the shelves themselves are just slabs of wood we had leftover from the cellar remodel that I painted white and the brackets were just £2 each at Ikea that I spray painted with my beloved Montana Gold Gold Chrome.  So yeah, they kind of only cost me £8 in all as I already had everything else.  Not too bad, eh? 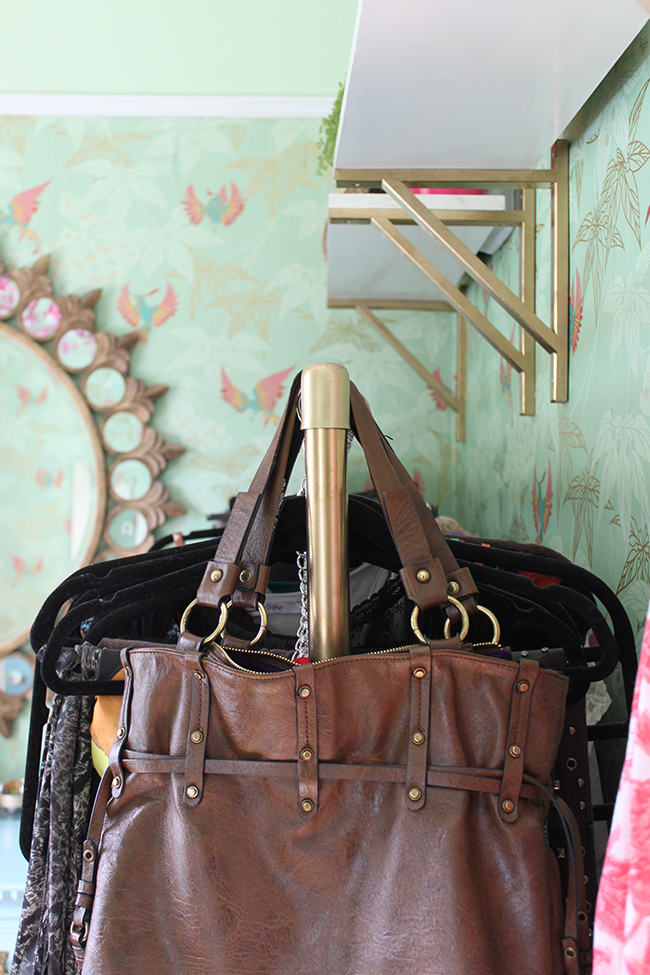 More styling to come on these babies but what do you think of my £8 shelves with my £10 prints?  Get any great bargains lately?  Do tell… 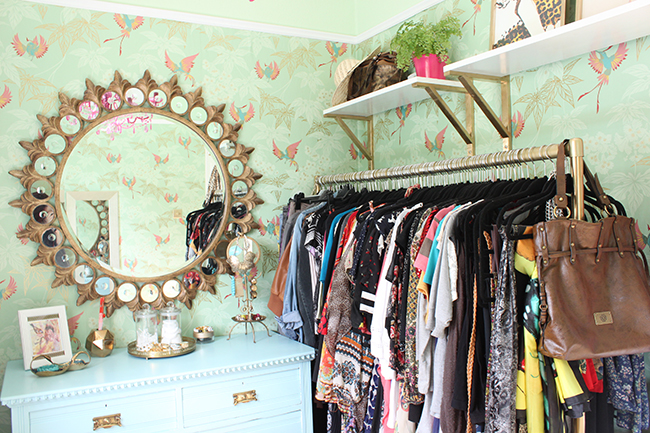