Inspiration Overload: A Bathroom Remodel is Nigh!

First off, thanks so much for all the comments on my little Ikea Rast hack reveal!  I wasn’t sure what kind of reception that would get so it’s just nice to hear y’all can appreciate my slightly cooky decorating ways!  Now, on with today’s post…

You might think that there isn’t much left to do on our house.  My friends often come round and say, ‘So you guys are finished now, right?’  Hahahaha!!  *wipes tears of laughter from eyes*

Ok, so it’s funny to me because I still walk around and while the ‘common rooms’ are starting to come together, there’s so much more that hasn’t been touched that really need attention that I often forget that other people don’t look at my home the way that I often do.

One of the areas that desperately need attention is the bathroom.  You may remember 2 full years ago, I decided one day to drive to Homebase and pick a paint colour quite on impulse and paint the bathroom peacock blue before Wayne was even aware of what I was doing.  It was a good transformation of a pretty awful space, swirly horrible ceiling and nasty laminate flooring included. 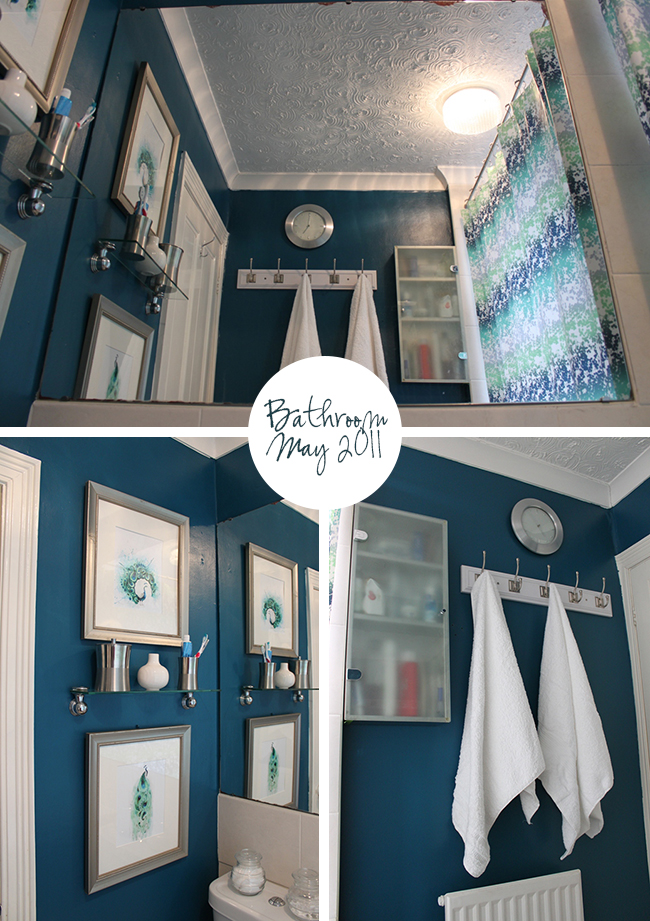 Crazy enough, it’s one of my most pinned rooms on Pinterest and it remains one of my most popular posts of all time.  It’s that peacock blue (Dulux Hawaiian Blue 2 for those wondering) that everyone seems to love and it’s served it’s purpose well as we went about improving the rest of the house.  I will be completely honest when I tell you that I’ve barely touched it in terms of changes – the radiator was painted out to match the walls and the shower curtain has changed a myriad of times as well as things like the towels and the bathmat.  And I changed the clock.  Other than that, it pretty much looks exactly the same (ie., the changes were never really post-worthy).  But it was always a temporary measure until we had the money/energy/time to really tackle a remodel.  And truth be told, I’m done with it.

Well, guess what.  The bathroom remodel is happening this year.  Yay!!

So now, all the inspiration I’ve been collecting for such a long time can finally be put to good use.  Of course, the problem then becomes that I freaking love SO MANY THINGS that I can’t actually decide what the heck I want to do.  The biggest constraint in this is space – there’s really no space for much of anything.  So what I do know – and learned from painting this space in the first place – is that the tiles and the flooring have got to have impact.

I thought I’d share some of  the inspiration images that I’m most drawn to.  You can see even more on my Pinterest Board.

First is the combination of black, white and gold… 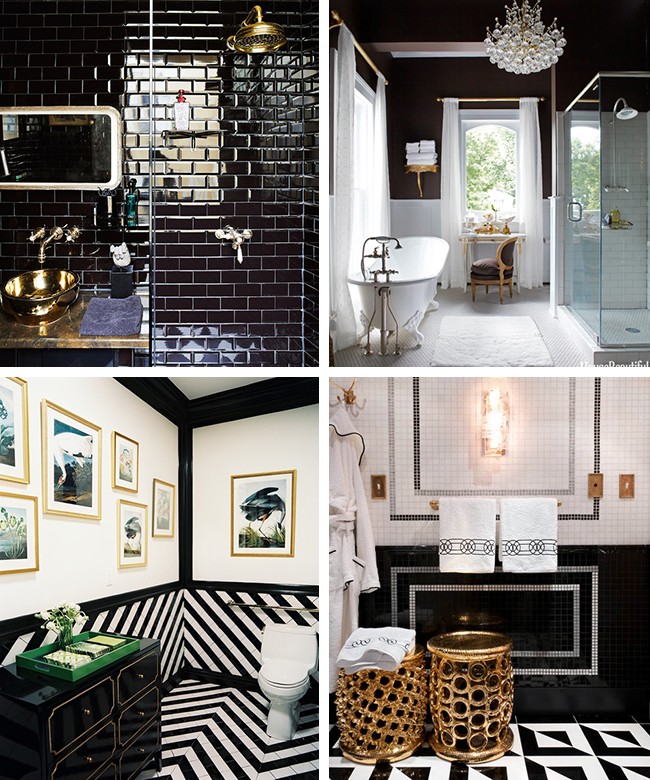 WANT ALL THESE TOO.

I can’t decide!!  Stay tuned as I panic my way into making decisions.  It’s gonna be fun!  Any favourites of the ones I posted?