I had a few days off when we got back from Barcelona on Tuesday night (still trying to sort out pictures! my  phone is simply not cooperating) and I’ve thrown myself into a couple little projects which has been lovely.  As much as I love my job, I could so get used to staying home ;)

Anyway, I’ve made some progress in the bedroom and I’m looking forward to sharing everything with you (including the IKEA Rast hack which is very very near completion now) but I thought the first one I’d show is the new painting I did.  I really wanted something a bit larger, brighter and bolder than the framed print that was there (seen here) and I picked up the largest canvas from Dunelm Mill that would fit in my car – a whopping 1 Meter x 1 Meter (about 3 ft 4in square)  It’s difficult to show the scale of it in these pictures but suffice it to say, it’s big.

So some closeups first… I used a lot of Yellow Ochre in this one to tie in the colour of the yellow velvet headboard but also tried to pick up some of the other colours in the room too. 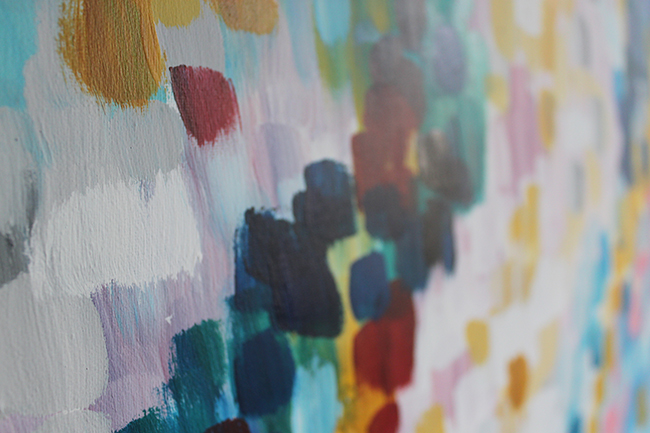 I actually went through three stages of thinking it was done and then going back and adding more to it.  I think the more layers it had, the more depth it had and so the better it looked. 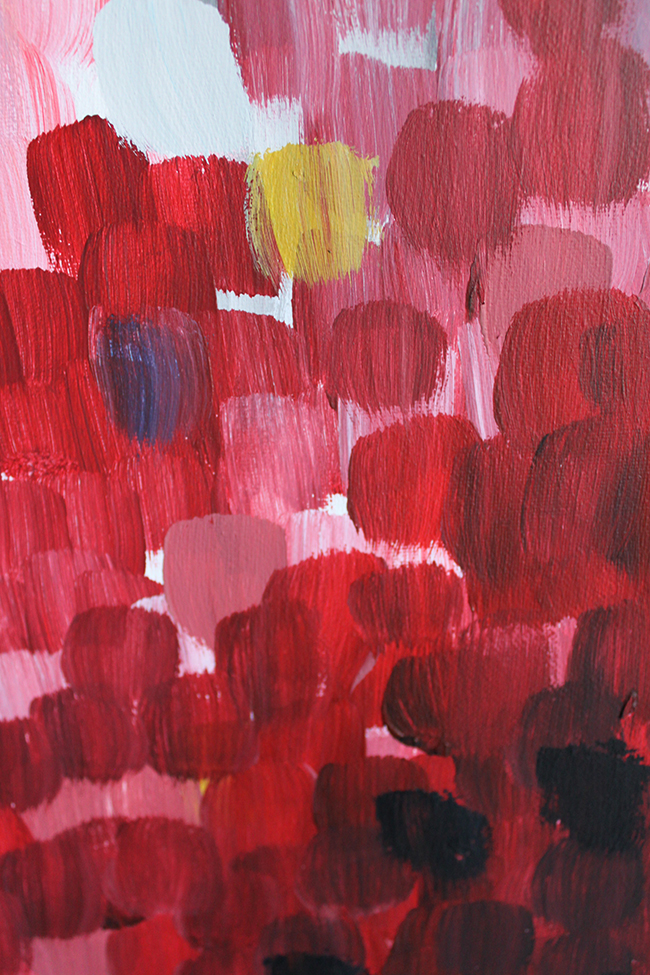 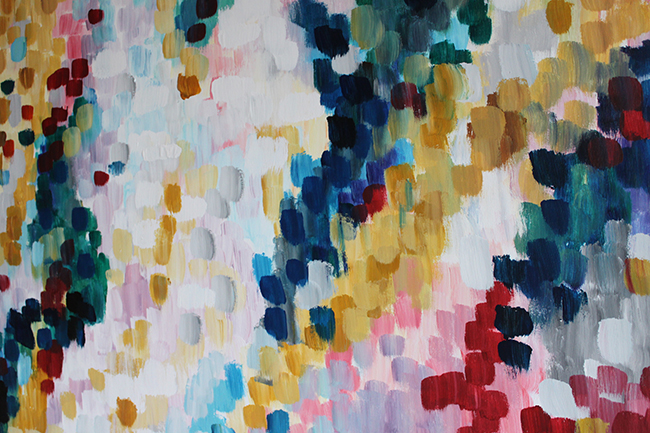 And here’s the whole thing.  I decided to call it Confetti, Rising because to me, it looks a bit like a celebration as the confetti gets thrown into the air. 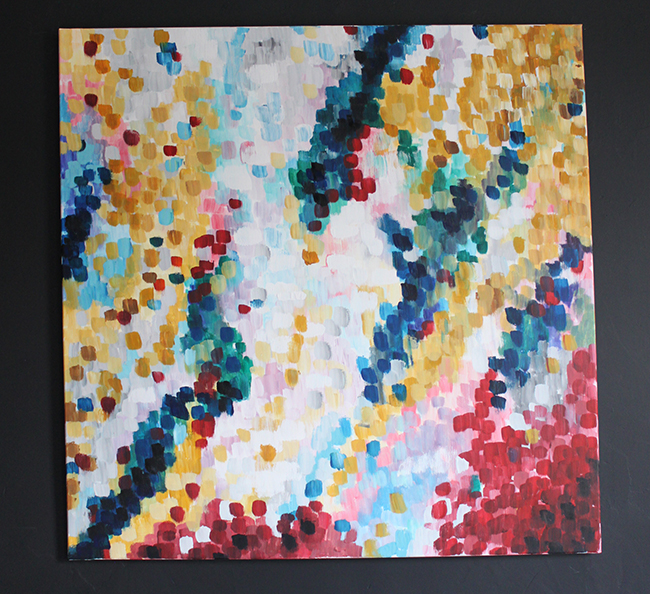 People have asked how I create my paintings but to be honest, it’s such an organic process, it’s kind of hard to give a step by step.  I start with a layer of white paint over the whole thing just to prime the canvas and then layer on top of that with colour in short brush strokes – adding white and black to create varying shades of colour and also mixing colours as I go, making sure there is a good contrast of light/white and dark/black.  I also used three different paint brushes on this one – one for my golds, one for my blues and one for my reds but to be fair, they all get mixed up anyway with each brushstroke so after a while, I clean the brush with a bit of paper towel and continue on my way.  That probably doesn’t help does it?  Hmm.  I told you it was hard to explain. 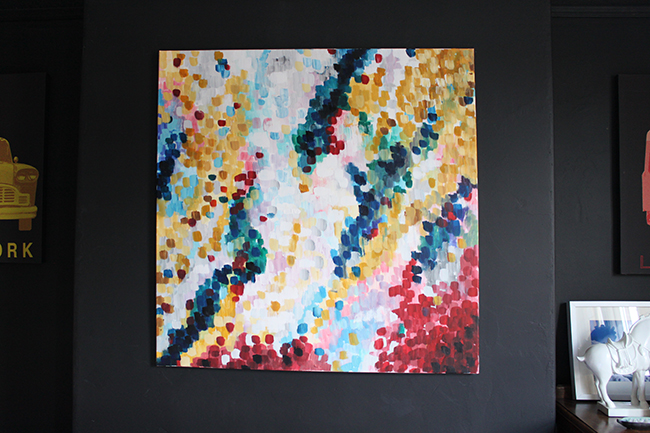 I do rather enjoy the process though, however haphazard it may seem, so I guess that’s all that counts, right? And I’ve discovered that I prefer working with much larger canvases than the smaller ones. 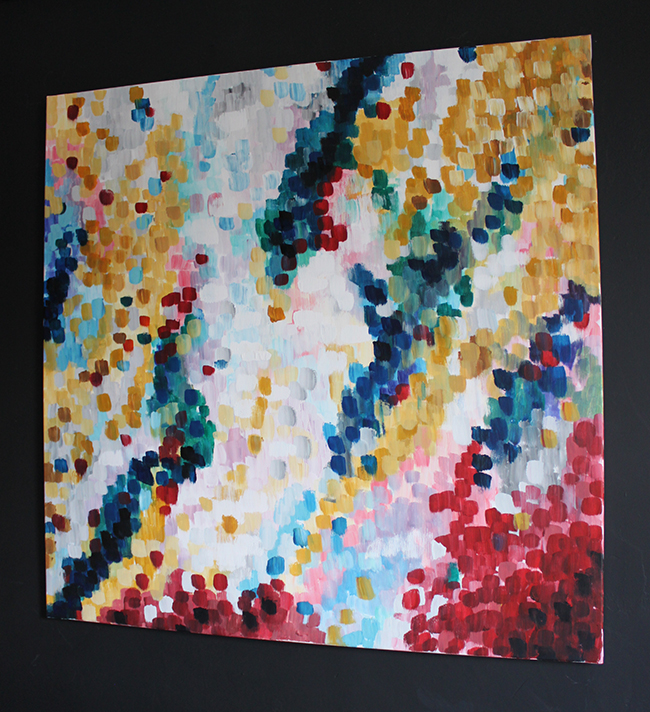 Anyway, come back soon and I’ll share how it looks in the whole room along with the other bits I’ve changed in there! And hopefully my camera will allow me to download the bl**dy pictures so I can share those too.

If you want to see some of my other paintings, you can see them here and here.