Ever since I purchased the sunburst mirror for my dining room, I knew that wall wasn’t quite completed.  The little plates on either side were really just too small and I needed something else.  It was reader Kimbydee (thank you!) who suggested a small, medium and large plate on either side and I decided to run with the idea.

I ended up finding some lovely plates from Anthropologie which brought some colour and pattern to the wall and duly hung them the evening before the Heart Home photoshoot.  I’m not sure they will stay in the order in which they currently appear – due to my rushing around the night before I didn’t have time to mess around with them too much but they added the interest I was hoping for. 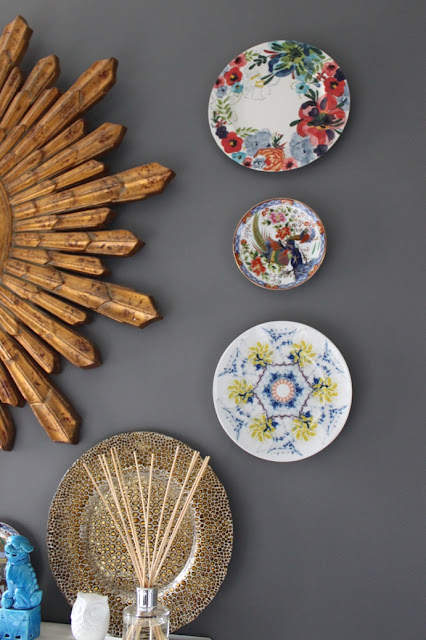 Now, I love so much of Anthropologie’s tablewear so choosing which ones I wanted was the hardest part of the process!  The top plate I’ve loved for ages.  It’s the Sissinghurst Dinner Plate.  It picks up the oranges as well as the accents of blues and yellows in the room quite nicely. 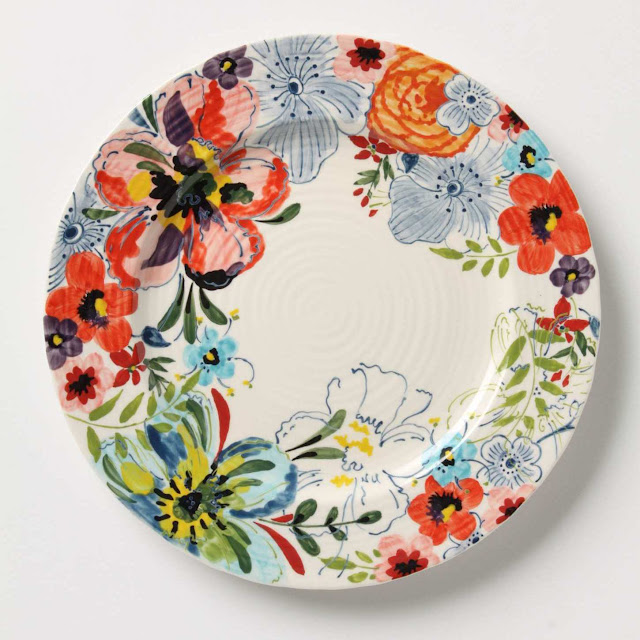 The salad plate I chose was the Spinning Vessels Plate.  Again, it was the colours that drew me to it and the fact that the pattern was so unusual. 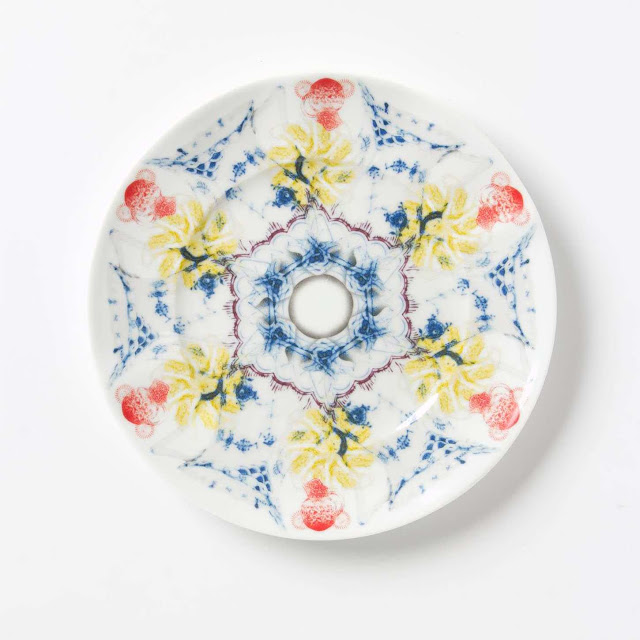 The middle plates are vintage Chinese which I purchased from eBay early this year.

Here’s what it looks like now with the addition of the Anthropologie plates. 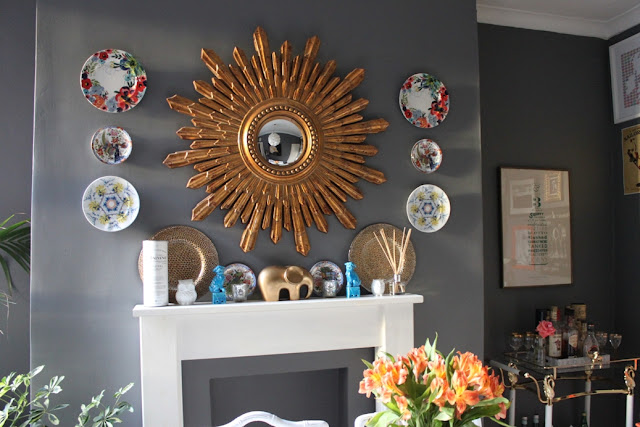 The late afternoon autumn sun was shining brightly in the room and it cast some lovely shadows so I figured I’d take some pictures.  You can see better how they add depth to the wall. 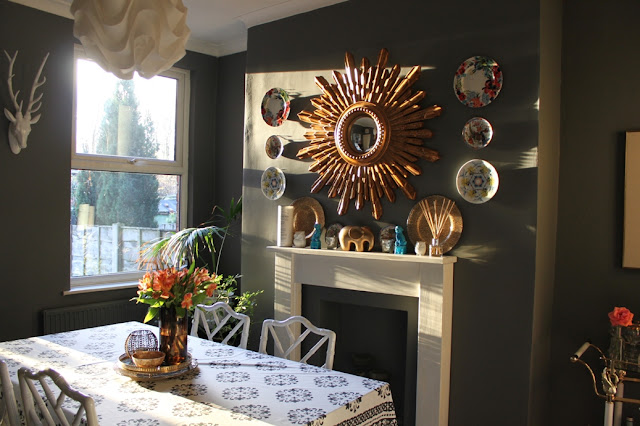 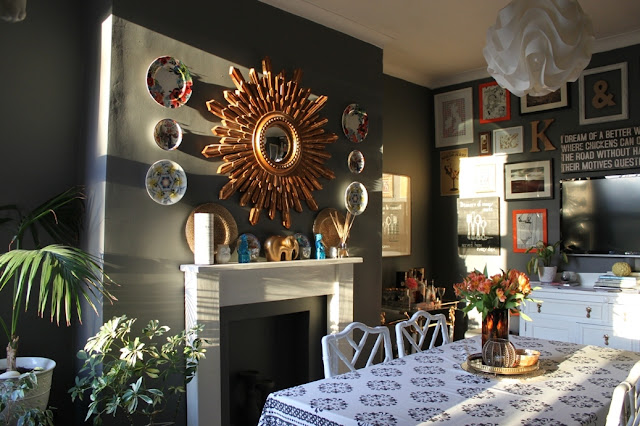 I know some people hate the idea of hanging plates on a wall.  I suppose it’s a bit ‘old fashioned’ but I quite like the contrast of all the round shapes with all the square ones on the gallery wall.   And the plates I feel are quite modern rather than the ones my nan might have hung long long ago. 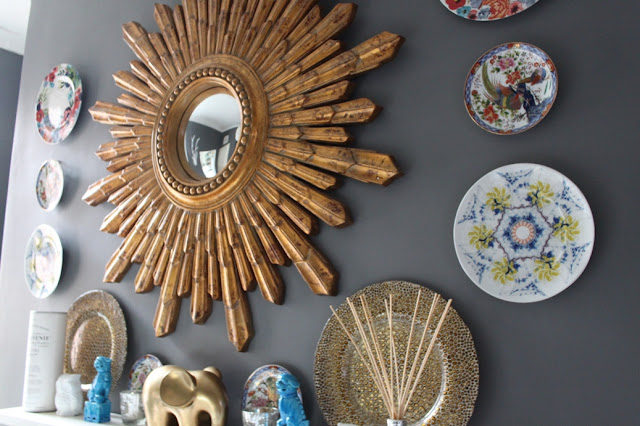 What do you think of the change? Do you have any decorative wall plates?  Or do you still find them quite old fashioned?  I’ve seen some gorgeous plate displays in blogland so will be sharing the inspiration shortly just in case you aren’t fully convinced!  Any suggestions for the mantle?  I’m thinking some smaller (square) picture frames to replace the gold chargers layered behind the other items but I love when you guys pipe up with options I may not have thought of so I’m all ears! :)