As I discussed in my last post, having been inspired by a number of striking black and white paintings, I decided to try my hand at creating one myself. 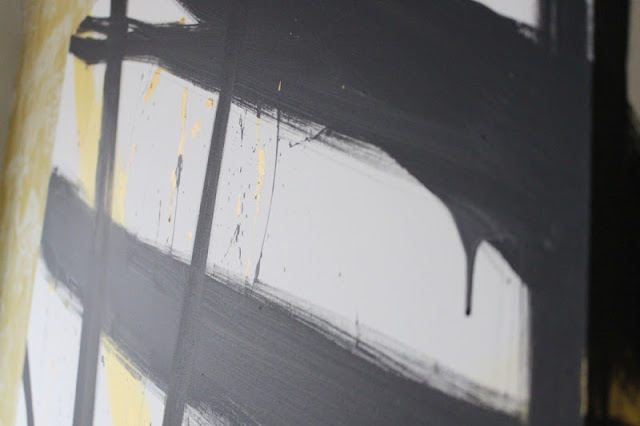 I’m not a prolific artist by any means so be gentle on me here but I think it does add some drama to the living room.

W, who is not always the most forthcoming in terms of his design opinions, actually may have used the words, “shit hot” in describing my attempt (I nearly fell over, honest).  He actually really likes it.  Which makes me feel slightly more confident when I find it so hard to be objective of my own creations. 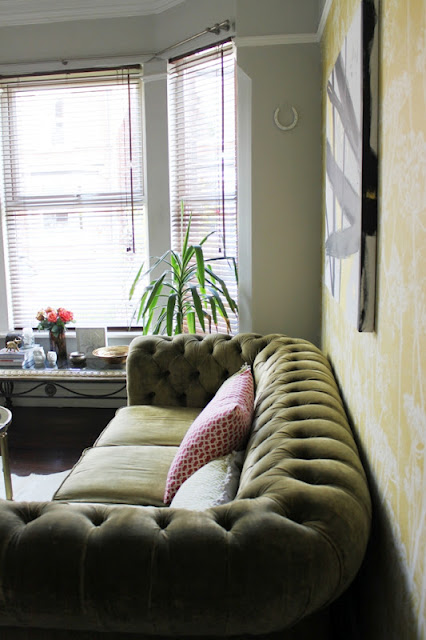 Anyway, not to delay things longer than necessary, here’s my very own black and white macaroni abstract art with a bit of gold thrown in as well for sparkle. 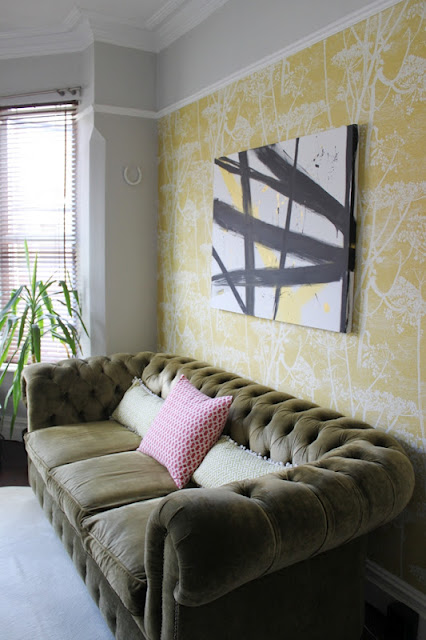 It’s difficult in the photographs to understand how it works with the rest of the room in one small shot but there is actually quite a lot of black in the room so it does pick up on that. 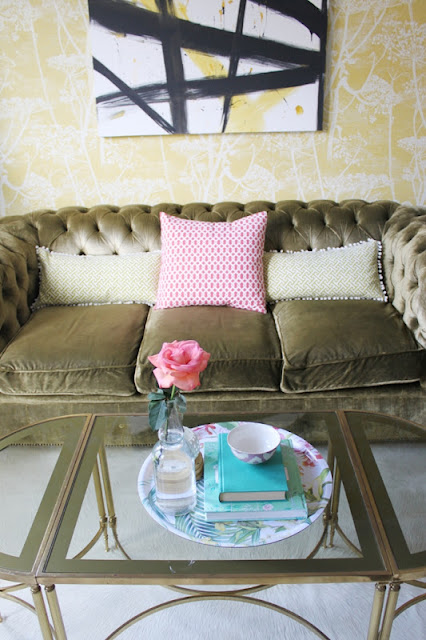 A couple detail shots… I painted the canvas around the edges as well.  The bits of gold are reflective too. 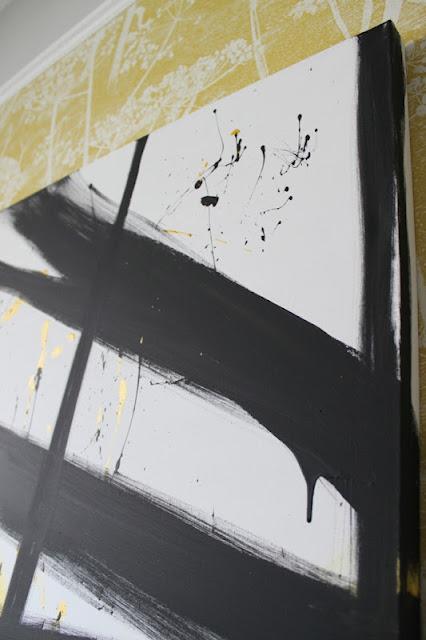 I’m just really still getting used to it to be honest.  Jen Ramos, I am not.  And going from having nothing on that wall for the past year and a half to having something so incredibly bold is a big step for me so I think I need to live with it for a bit.

I do wonder in all those inspiration shots I showed on the blog on Monday, whether or not when the art was first hung, the people went, ‘Erm… it’s a bit bold, no?’  because that was my first thought.  It’s only been hanging a few days now, however, and it’s starting to grow on me.  A bit.

W, on the other hand, loves it, which really suprises me.  I mean, he’s always been supportive but it does normally take a bit of convincing for me to get him adjusted to some of my more radical ideas. 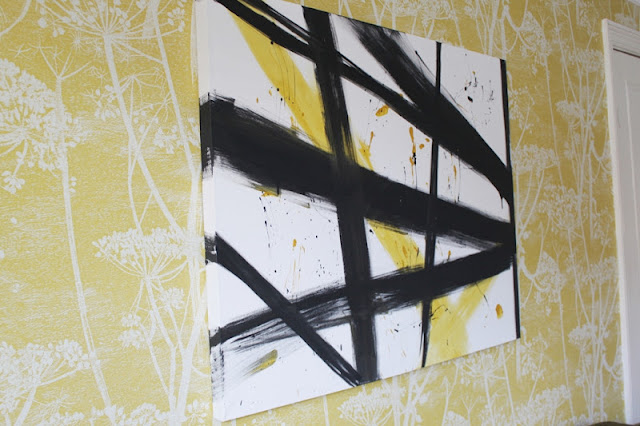 I actually bought two canvases because I was certain I would royally screw this one up.  However, if I decide I can live with this one, I might actually consider doing another one.  We’ll see.

I’ve also got something planned with a lot more colour in it (that I’m not painting myself) for the other wall so stay tuned for that. 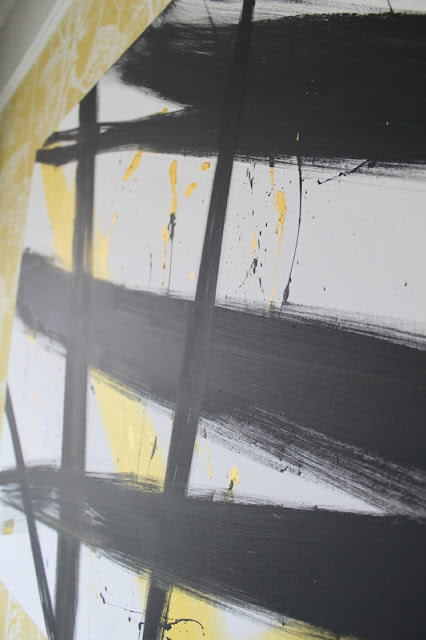 Anyway, have you attempted any home-made art lately?  Is it something, like me, you’ve been meaning to do for ages but just haven’t gotten around to it?  Do you also suffer from crippling self-doubt when it comes to your own creations?  Go on, spill in the comments, it’ll make me feel better. 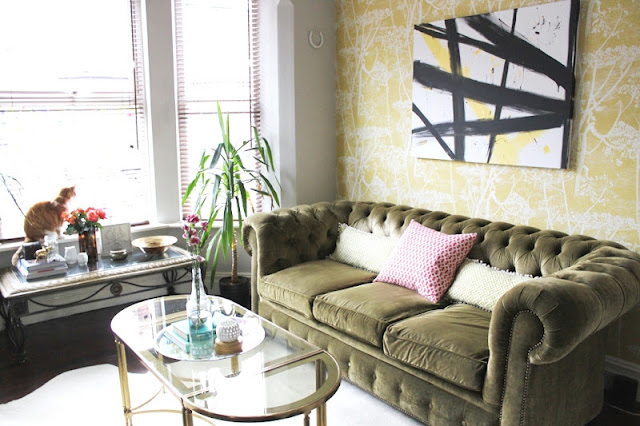