I fell into a bit of a You Tube hole the other day.  You know how you look for one thing and then you’re distracted by all the other shiny stuff going on at the right hand of the screen?  And then you click on said shiny thing and it leads you somewhere else and then another shiny thing is clicked and then something else and then all of a sudden you are swept into a shiny world of your own making?  Yeah, one of them.

And somehow, in this wondrous hole, I serendipitously came upon Watch Listen Tell, the brainchild of David Tree.  Apparently, David has a real passion for live music and along with his partner, Ben Axtell, wanted to capture that rawness and excitement in the videos he produces. 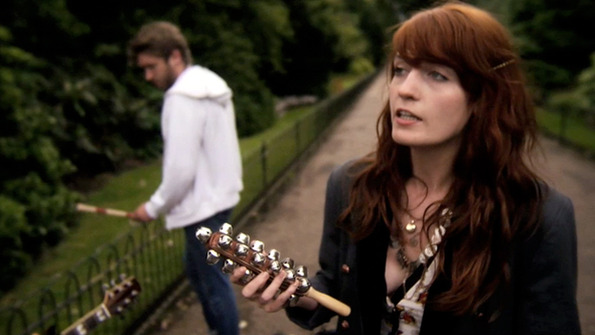 In an interview with It’s Nice That, David said, “I got bored of the way live music was being presented and packaged, I wanted WLT to be something different. Simply put, it’s a unique music channel, featuring new artists playing live music.”

The result is a beautifully raw and beautifully shot catalogue of music that spans artists both well known (Florence and the Machine before they were even signed (!), Two Door Cinema Club, Bombay Bicycle Club, Ben Howard) and not so well known (Hey Rosetta!, Dark Dark Dark, Young the Giant, Cloud Control). 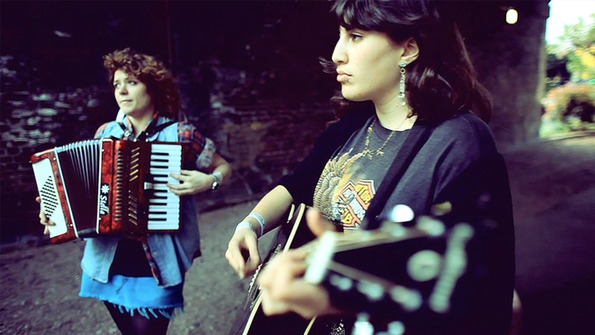 The artists and bands from all parts of the world perform acoustically, some in the woods, some near abandoned railroad lines, some on the street, in and around London mostly… and sometimes using whatever is handy to strum upon to keep the beat.

He added, “We leave a certain amount to improvisation, bands sometimes play railings or find other ways to create an instrument they don’t have with them. This makes the track they play totally unique, that’s what I think fans and music lovers like. There’s a feeling it could all go wrong at any moment, just like going to see a gig.” 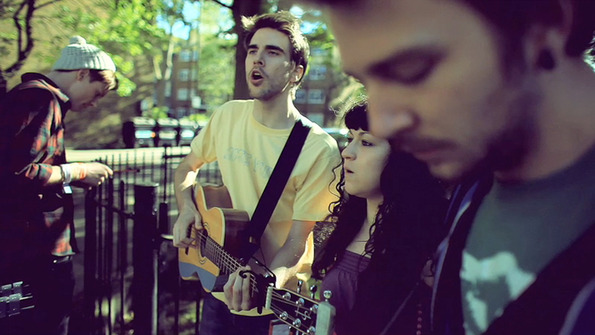 If you like softly aching acoustic live music and a vintage-y feel to your videos, then I implore you to check out this project.  There were so many stunning songs and artists I’ve discovered in the process, that my hope is that you will discover that sometimes just because an artist is still relatively unknown, doesn’t mean they aren’t GOOD.  Getting away from that artificial packaging that the music industry likes to throw around and getting back to actual raw talent is what is so special about Watch Listen Tell.

I’ve included a couple of songs here but it was seriously difficult to choose because I loved so many.

Anyway, I hope you enjoy a bit of a gorgeous music!  Do let me know what you think and have a fabulous weekend.

Images and quotes courtesy of It’s Nice That