I only just recently talked about my love of industrial style shelving units such as this beauty in this recent post. 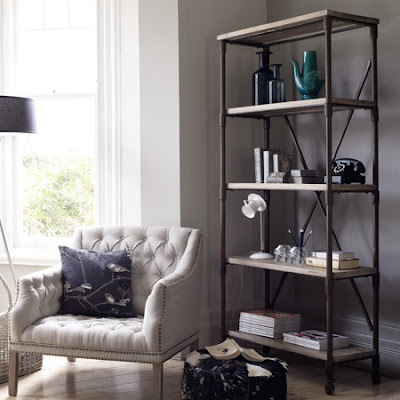 And in my search for industrial style shelving units, I came across a style of industrial shelves that started, from what I could tell, with the Ace Hotel in Palm Springs. 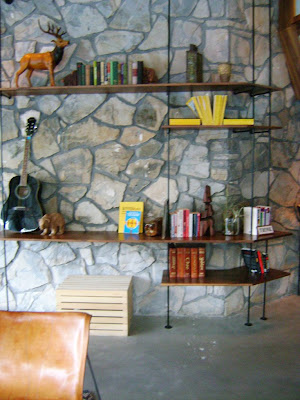 Those clever clogs over at The Brick House figured out how it was done by taking some sneaky mobile pics and then showed the world that not only was it acheivable, but actually provided step-by-step instructions for the rest of us.  The generosity of bloggers knows no bounds, of this I am convinced. 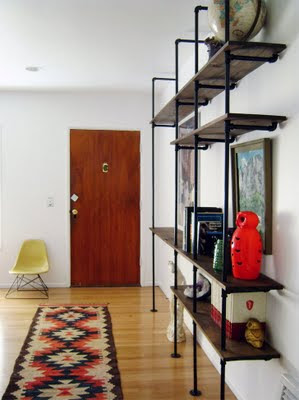 Suddenly, like a gangrene growing and flowing through the blog world, I saw more. 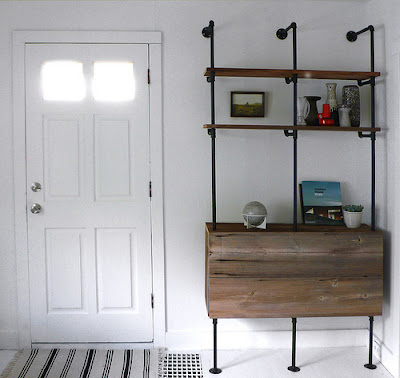 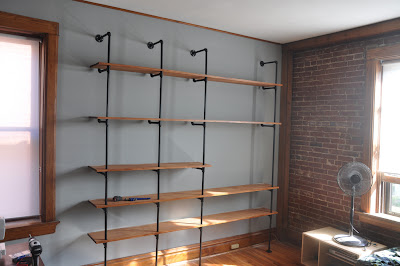 Then at Manhattan Nest where he did a mini version which looks fab…. 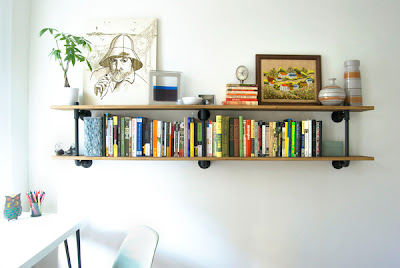 It was like I was in free fall.  One after another, bloggers of the world were taking on plumbing pipes and bits of wood and building beautiful, functional industrial style shelves.

On re-nest, I saw this one… 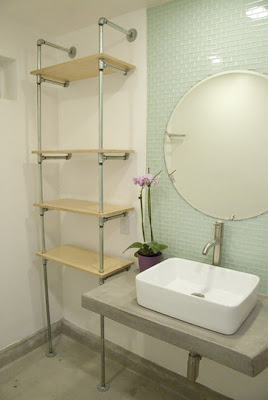 And just today on Apartment Therapy, this gorgeous image appeared… 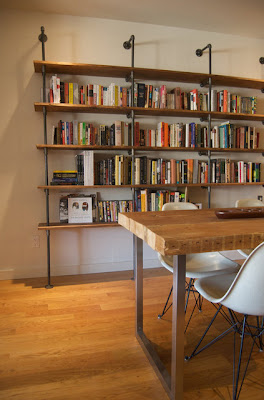 In fact, a lovely reader who calls herself BrooklynKate commented to my post asking if I’d seen these DIY ones.  Oh, Kate, my sweet, I have.  Many many times as you can see in the  last couple weeks.  It seems the universe is trying to tell me something, no?  I’ve resisted this long getting foo dogs, mind you, but this may be a call I can not resist answering.

One of the best parts?  Not too hard to do.  Even better? Not that expensive!  Oh yes, I like me a cheap, easy solution like a fat kid likes cake.

To be honest, I thought it would be one of those things that W wrinkled his nose at.  I can get very caught up planning something in my mind but at the end of the day, W lives here too and while he trusts my judgement, I like to make sure we’re on the same side when it comes to decorating our home.  For instance, I spoke to him about my idea of getting an oriental rug for the dining room.  He read my post and wrinkled his nose.  I showed him some other pics floating around blogland.  He wasn’t buying it.  Oriental rugs remind him of the 70’s (he is not a fan of this era by the way).  Alas, I don’t think I’m going to be able to talk him ’round.  (Sigh.) 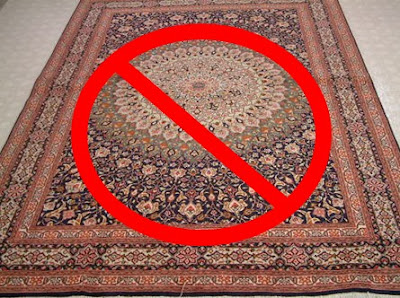 So, as you can imagine, I held my breath as I tentatively showed him the images I’ve showed you above.  I waited for the nose wrinkle.

He thought they were cool.

He said it wouldn’t be difficult to do.

He shrugged, ‘Yeah we can do that.’

Oh I do love that man.

So, I hear you asking, where is it going to go?  In the alcove to the left of the new sideboard.  I initally wanted to put a little bar cart there but seeing as I’m using my wrought iron console table for that very purpose at the moment, a nice industrial style bookshelf might be better placed in the space.

We’ve got quite a bit on the go at the moment and we’re struggling to figure out when we’re actually going to have time to DO all of it but don’t you worry your pretty little head.  It’ll happen, dammit.  Oh yes it will. 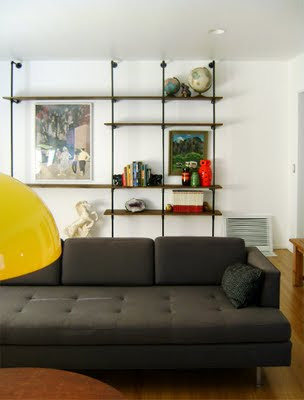