When W and I moved in together, we had the inevitable task of trying to mix his n’ her styles.  W had bought his house 9 years before and it was for him, a step on the property ladder and so most of his furniture was either bought on the cheap or handed down.  Being like so many men out there, redecorating his house fell low on the priority scale and many of the items, initially meant as a quick fix, were still hanging about 9 years later (including a curtain pole that appeared to be held up by cellotape and the power of positive thought).

Fortunately for me, without much prodding, W realised a few of his things wouldn’t really go with the aesthetic of my decor and so we only kept the pieces that worked for us both.  His bed became the guest bed, his rather elegant wrought iron coffee table passed down from his mum worked well with the dark furniture I brought with me, his desk was large and practical so that stayed but his horrible velour blue sofas went to charity… 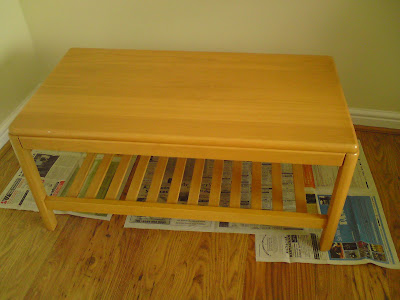 Admittedly, the Morgan Coffee Table from Ballard Designs has better ‘bones’ but it did provide that needed inspiration.  This one goes for $400 but I was able to get a very similar look at a fraction of the cost. 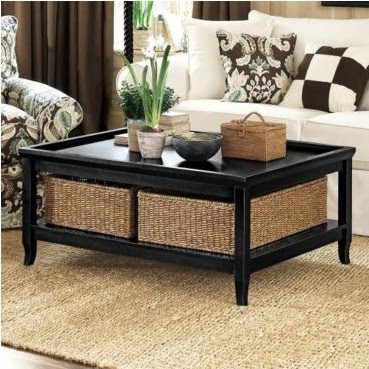 I started by looking for some baskets that would provide much-needed storage (although when is storage unnecessary?).  A task which initially, I thought would be easy but was a lot more difficult than you might think as the baskets needed to be narrow and long as well as high enough so that you couldn’t see the contents. Eventually, after lots of trawling around, I found banana weave baskets from an online shop called  Terracotta Spice and three of them fit the space nicely and provided a lovely natural texture.

I would love to say I spent hours and hours on this one but if I’m honest, I sanded it down a bit to take off the glossy sheen, wiped off the dust and slapped on a couple coats of glossy black paint.

What do you think? 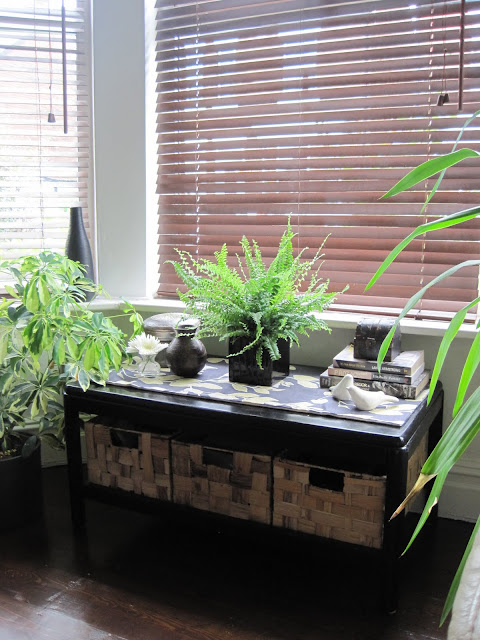 A little reminder of what it looked like before… 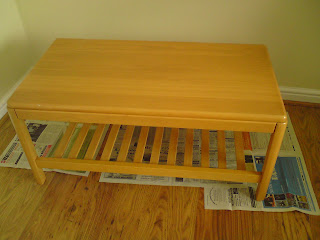 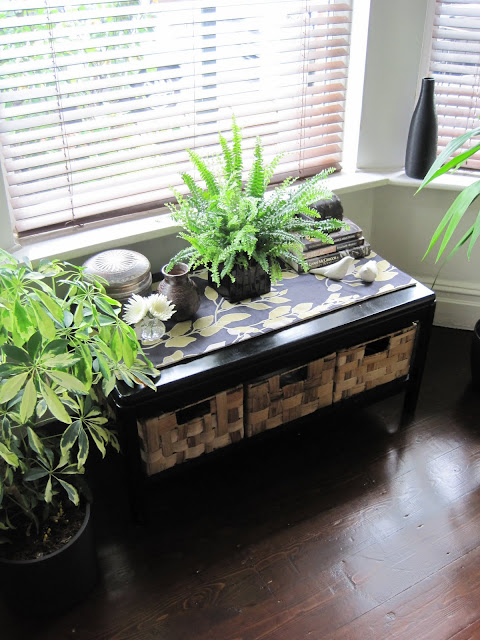 The vingette is subject to change 40 times (I’m thinking more ‘objects of curiousity’ are required than a standard fern) and the table may move 4 more times before this room is completed but for now, I’m happy I didn’t let W get rid of it.