So as I said in my last post, I attended the Ideal Home Show Christmas Event a few weeks ago, my tickets and travel costs courtesy of the lovely folks at Magnet.

I met up with my friend Sarah who’d recently moved from Manchester to the big city of London (sad face) and upon our exit at Earl’s Court, were greeted by a flurry of artificial snow, Father Christmas and snowy trees welcoming us inside.  It did indeed feel as though Christmas had come early. 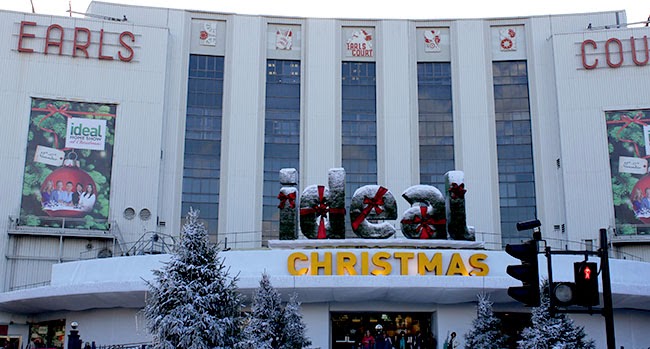 With glittering trees above and around us and what felt like an entire labyrinth of stands before us, we picked up a show guide, put on our brave faces, wrapped our cameras around our necks and made our way into the mix. 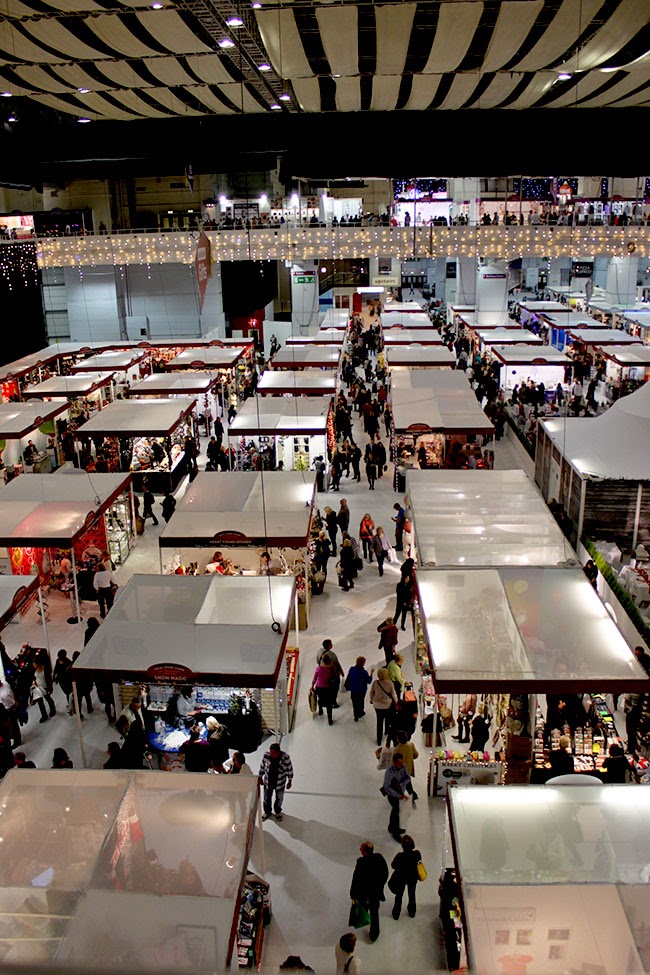 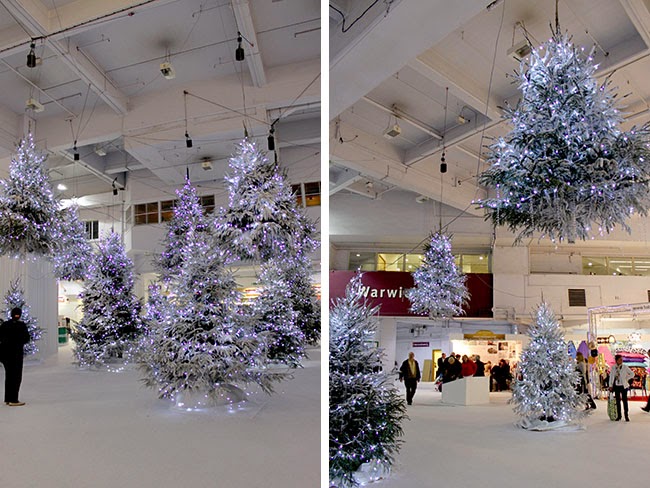 And mix indeed it was.  While there were quite a few lovely stands, of which I’ll share with you here, there were equally a large number of stands that I didn’t quite ‘get’ why they were exhibiting… Christmas present ideas, perhaps? I mean, I’m just as into DIY as the next guy – probably more so – and yet I wouldn’t consider Bi-fold doors or a shower tray a particularly thoughtful Christmas gift.  It was quite amusing, nonetheless as the Air Rifle stand guys from Just BB Guns posed and smiled when I pulled my camera to capture the randomness.  Bless.

It just reminded me of that old film, The Christmas Story:  You’ll shoot your eye out! 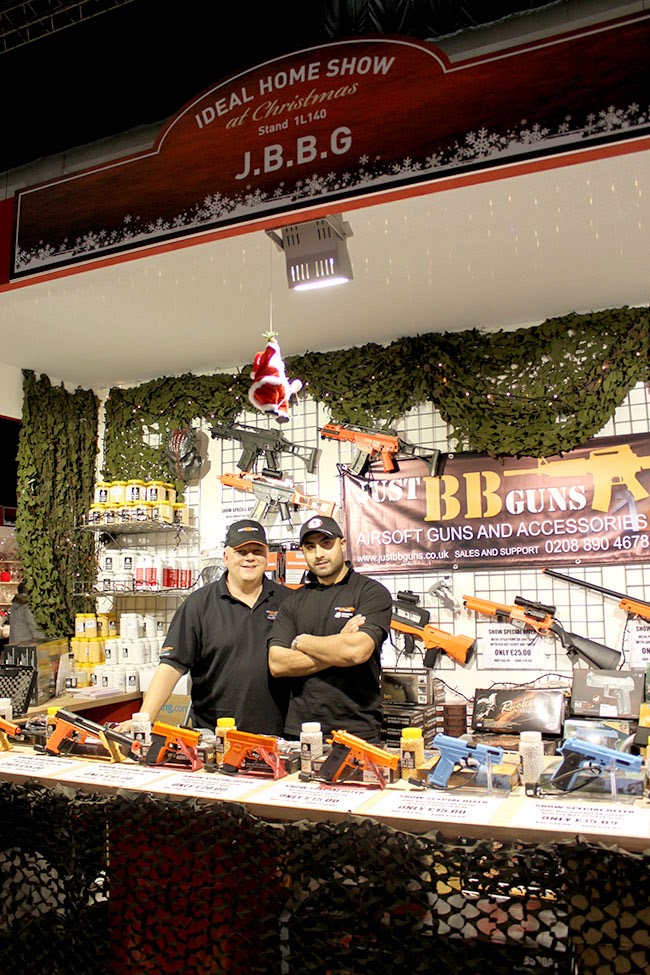 Equally as baffling were stands like this one…  I mean, I want to look like that lady wearing the Santa hat too but I normally wait until I’ve eaten my weight in mince pies and brandy butter before even attempting it.  Perhaps they were there to give us all a good head start with some shaking and shimmying. 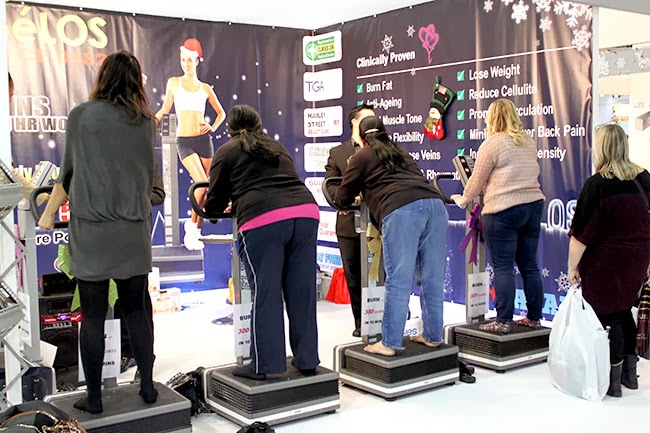 We continued on our way and when the guys from the Virgin Mobile site, saw us with our cameras, they struck a pose for us. There must be something about being at an event like this with a camera strapped around your neck that brings out the showmen in us all.  I don’t think they realised we were there to shoot the interior design stuff and not the friendly staff.  But that’s okay, I’m game. 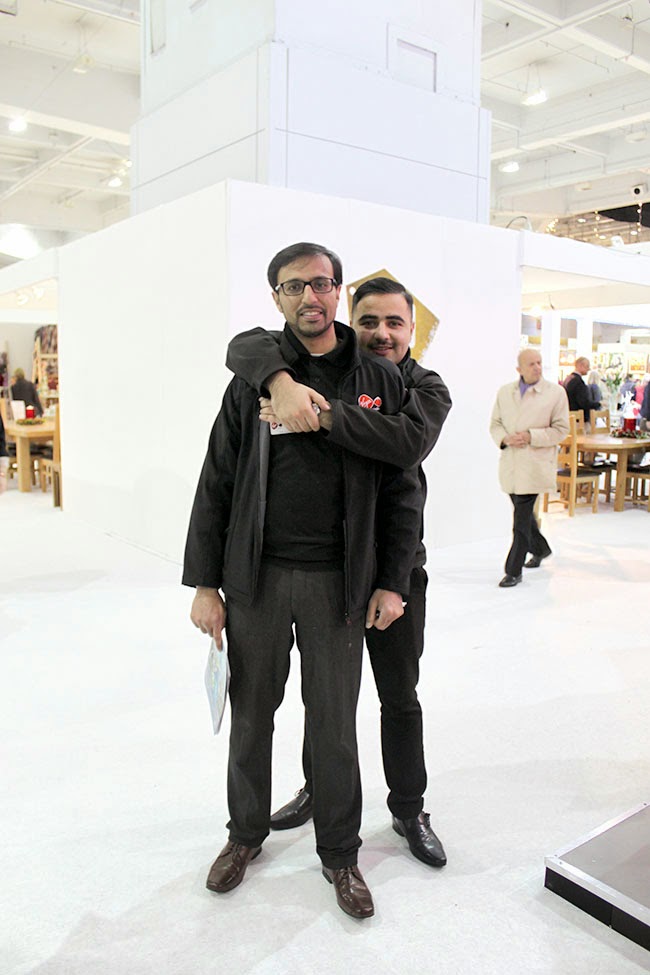 I suppose you want to see the stuff I actually really did enjoy, right?  Well, good, because I’m going to share that now, I just had to get some of those silly shots out of the way.

One of my favourite stands was Culinary Concepts with it’s fairy lights, hydrangea and lanterns glinting against the black backdrop, it was an all-together elegant affair. 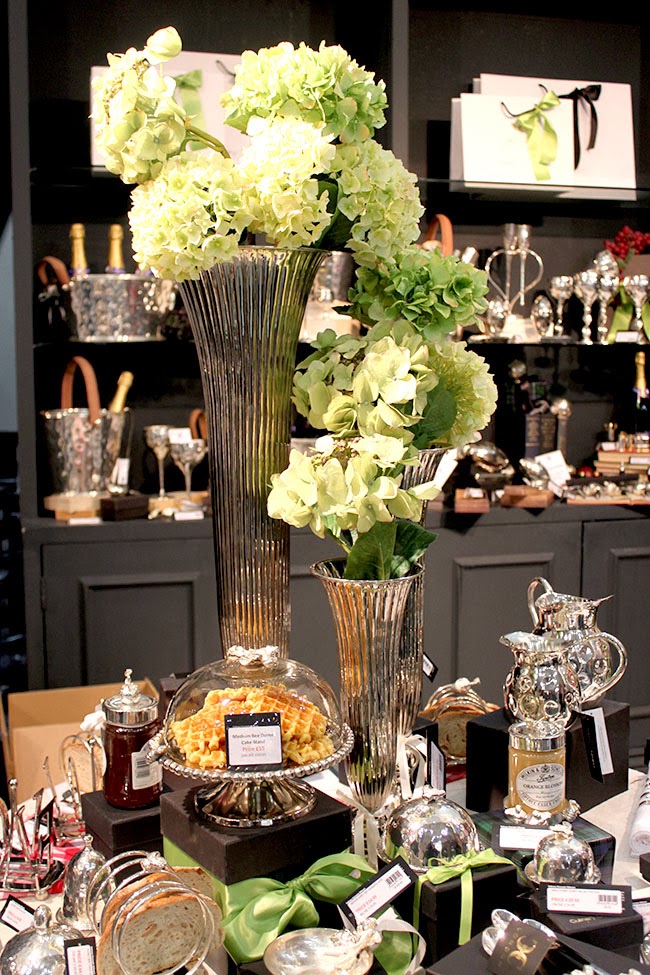 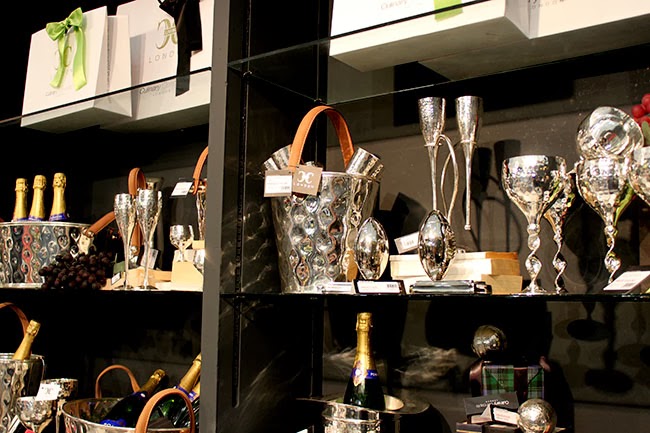 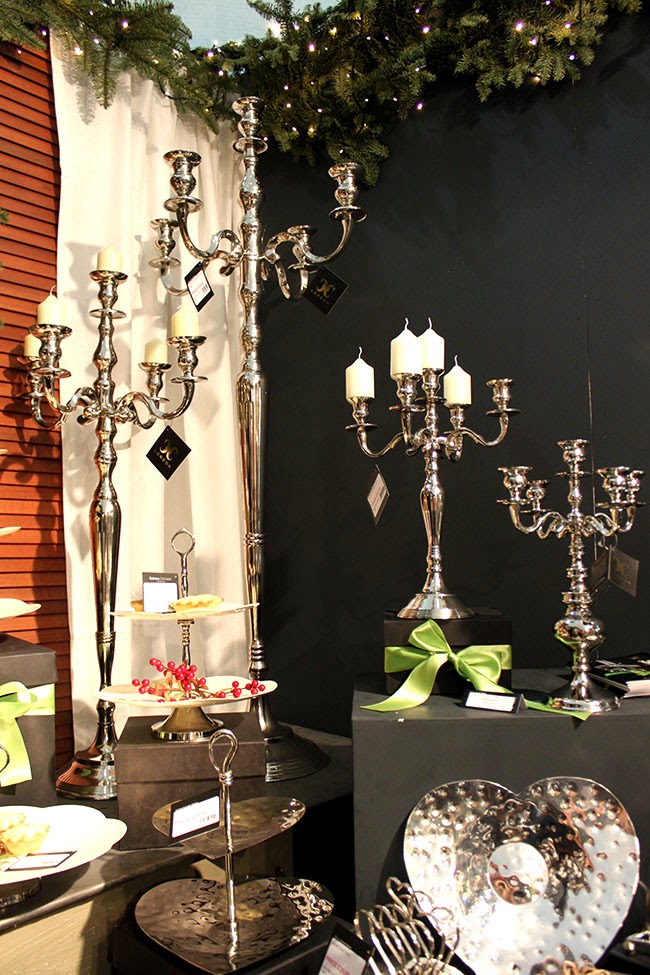 Another stand I couldn’t help but love was Pretty Happy Lovely Stuff who’s soap creations (yes, that is soap, not food even though I totally wanted to taste it) made my own venture in soap making (you can see that one here) look like a toddler’s macaroni art project in comparison. 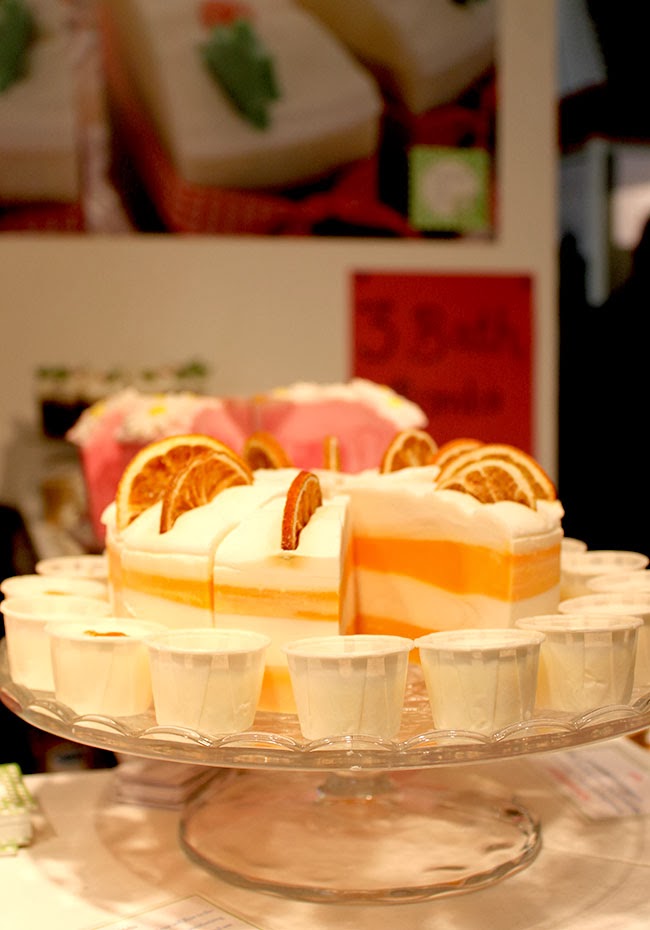 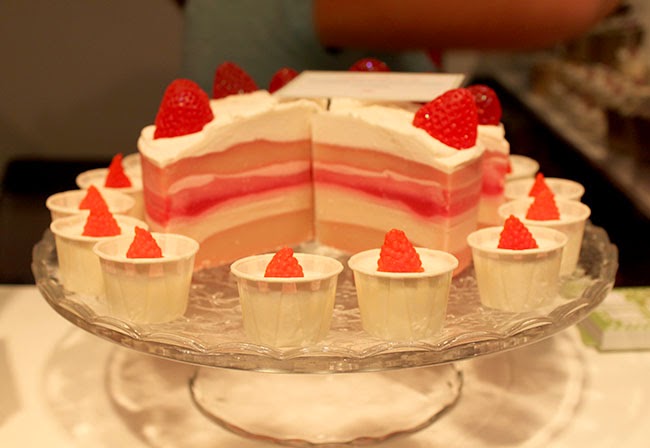 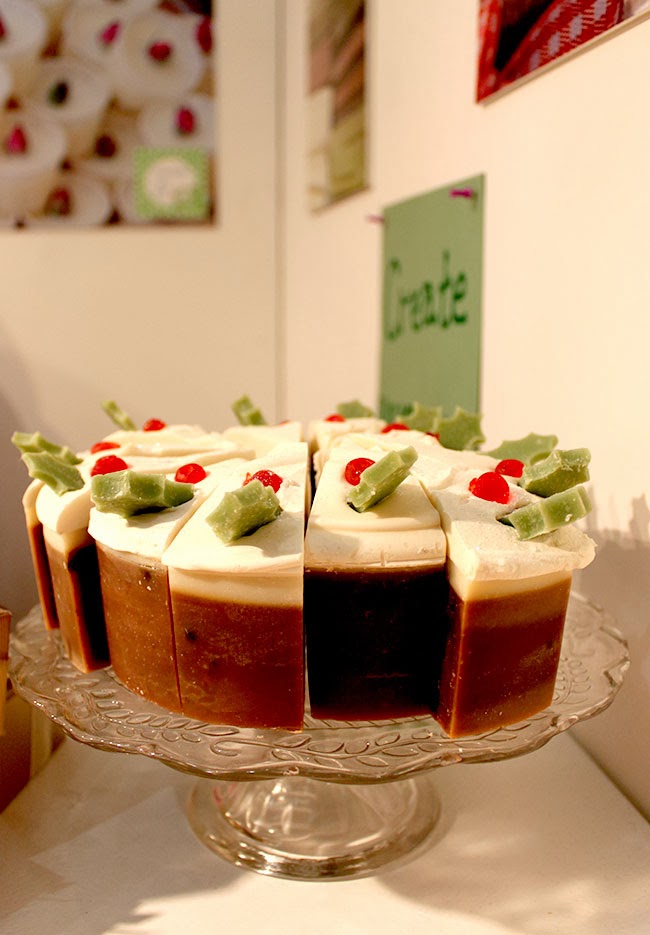 Weaving our way through the stands, glittering fairy lights from The Fairy Lights Factory caught our eye. 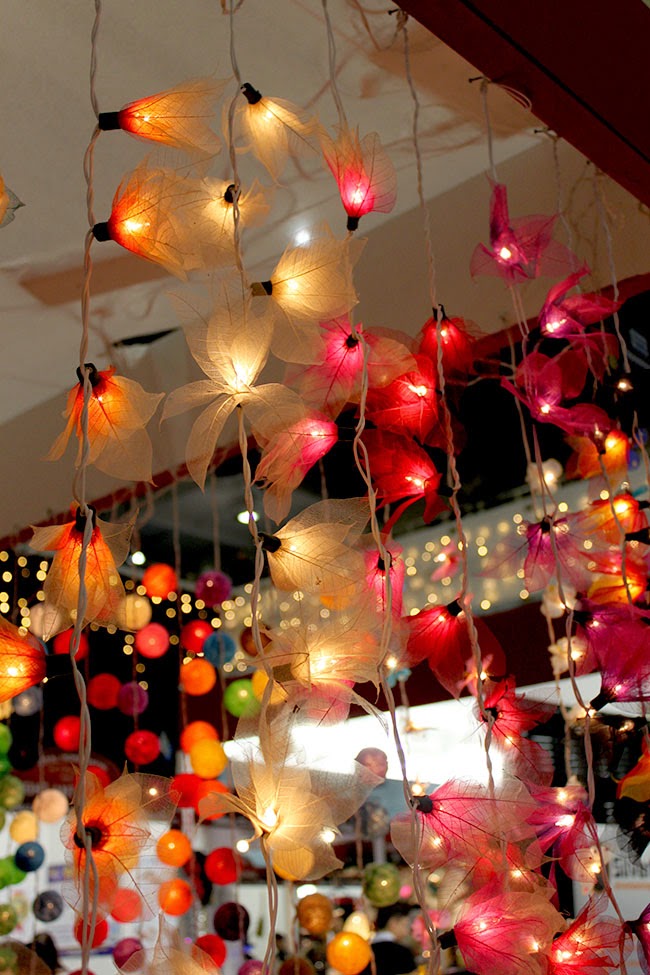 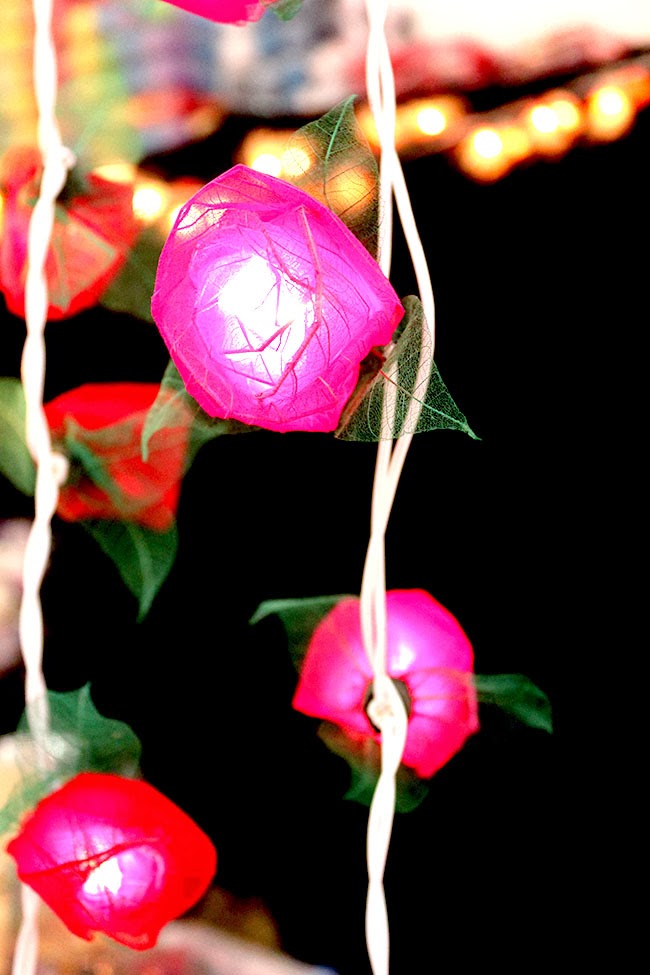 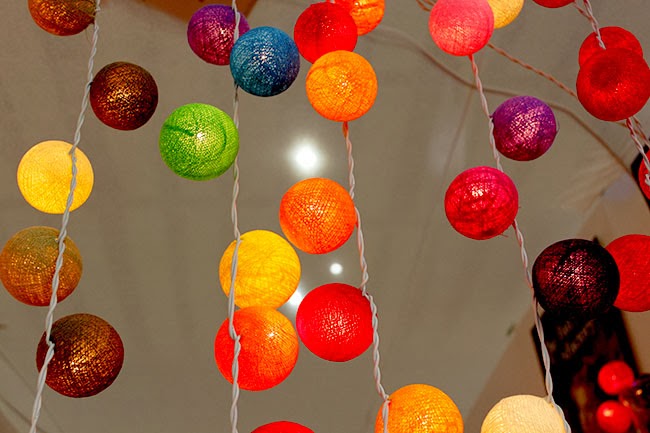 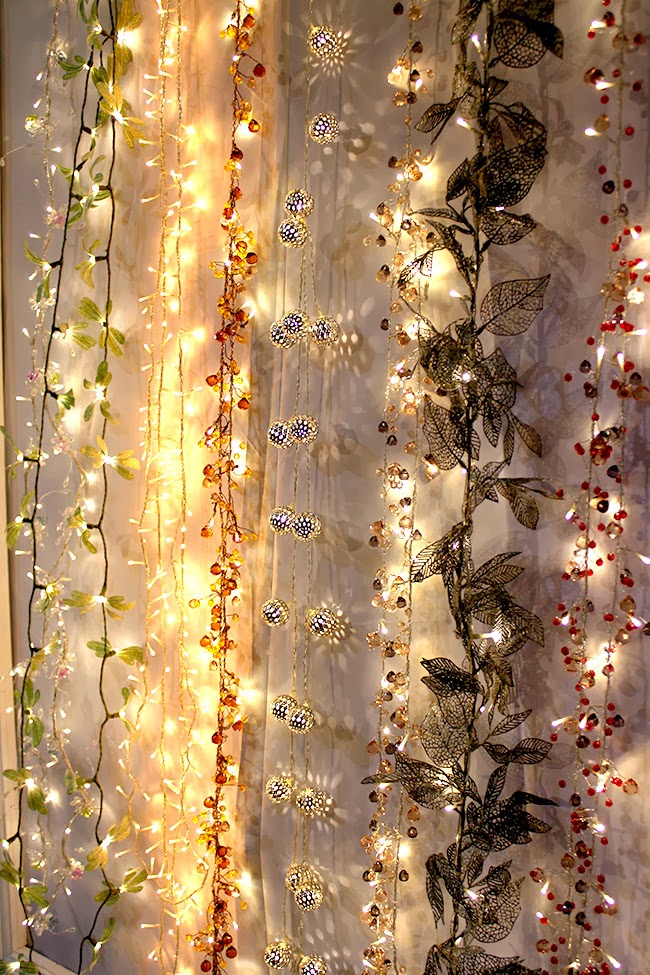 These beautiful jewellery boxes from Jagae caught my eye too.  A little out of my budget, of course, but I had to admire the detail in them – just stunning mother of pearl inlay in the most intricate of designs.  Beautiful craftsmanship at it’s best. 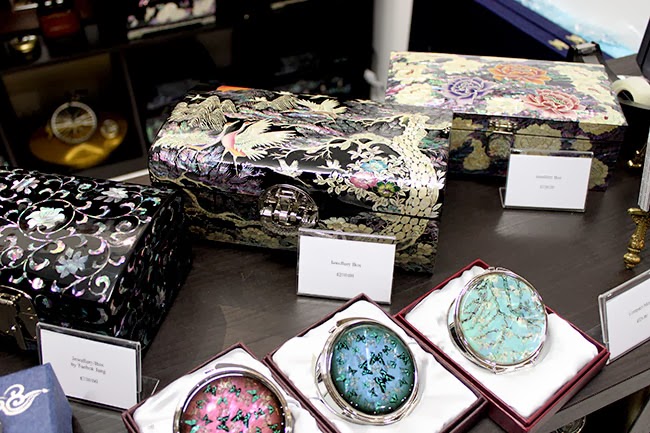 Speaking of craftsmanship, I loved this twist on mirrored furniture by Mirror 88 – the combination of mirrored surfaces with nailhead trim was rather fabulous.  Is it glam?  Is it industrial?  Well, it’s a little of both I suppose.  And the gentleman I spoke to on the stand was rather sweet too and told me he could probably do one in brass if I wanted it.  Always nice to chat with nice people, ya know? 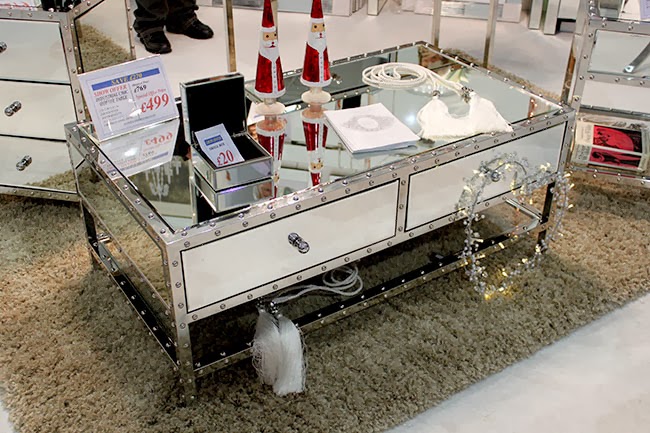 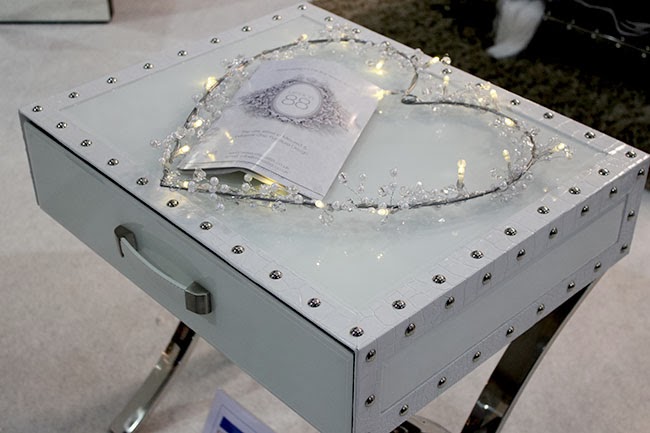 I was pleased to see that Moroccan Bazaar had a stand as I’m a big fan of their gorgeous style (I blogged about them here) and both my bathroom mirror and my pendant (not yet hung) are due to be the stars of my bathroom remodel.  Their stand filled to the brim with hand-crafted mirrors, lighting and accessories, seriously tempted my wallet. 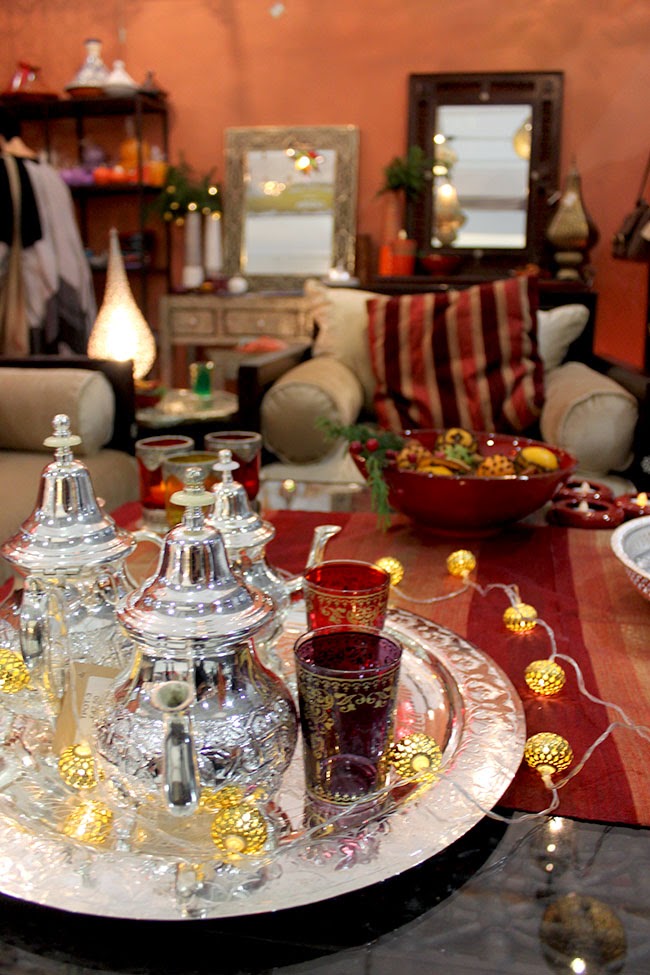 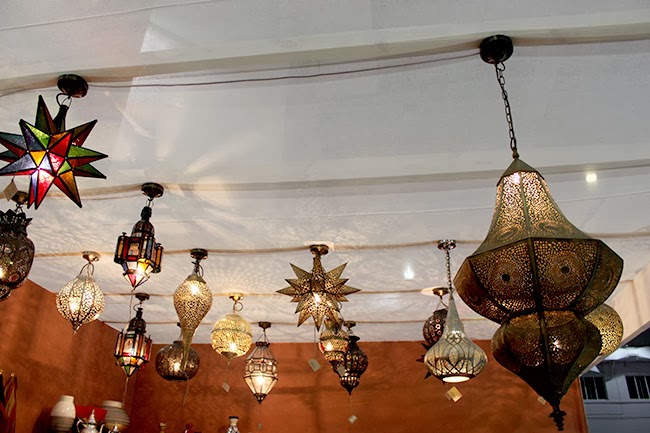 There were also two room set ups by Laurence Llewelyn-Bowen, showing off his range of furniture and accessories.  This year, the themes were Sugar & Spice (for her) and Slugs & Snails (for him).  As usual, the rooms were completely OTT but we agreed there were a few elements in each that we liked.  Maybe just not all in the same room at the same time.  Oh Laurence, you complete nutter you. 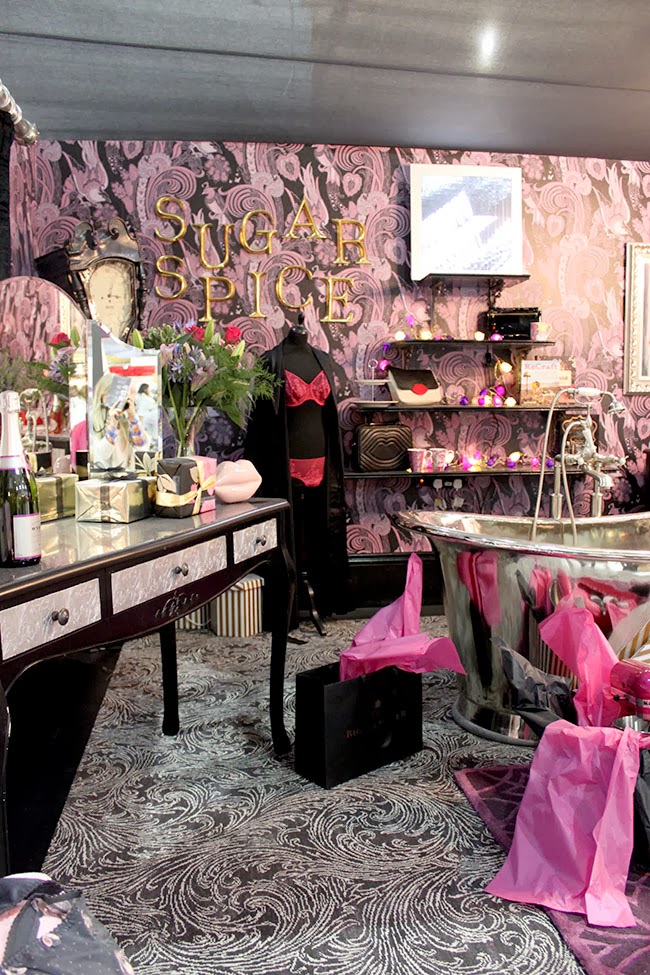 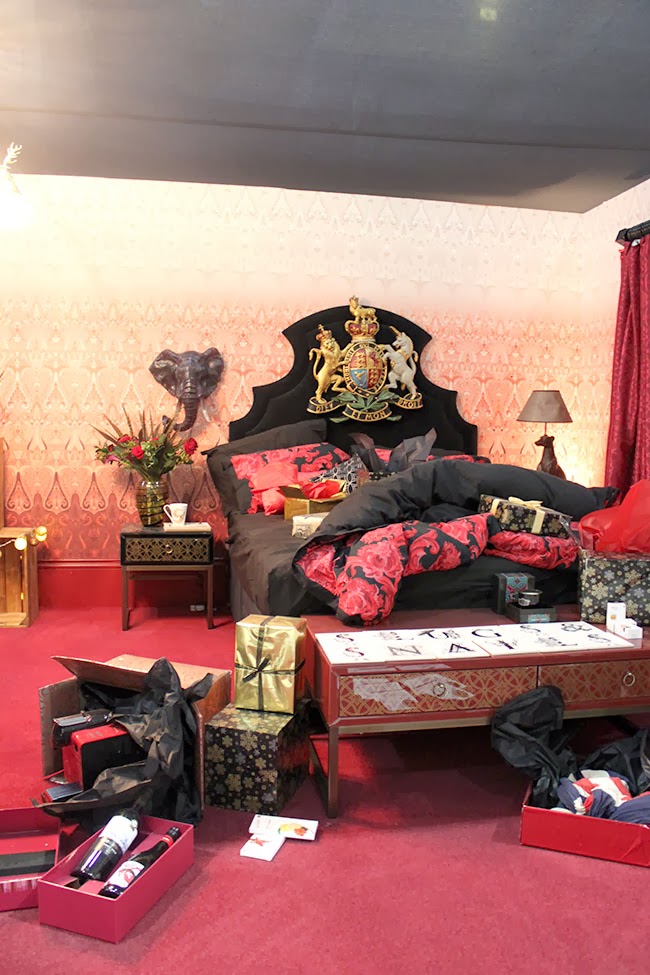 Finally, after admiring the sparkling trees of Solus Lighting and their striking full size LCD trees, we stopped for a breather and a proper gossip and then made our way upstairs to the food stalls. 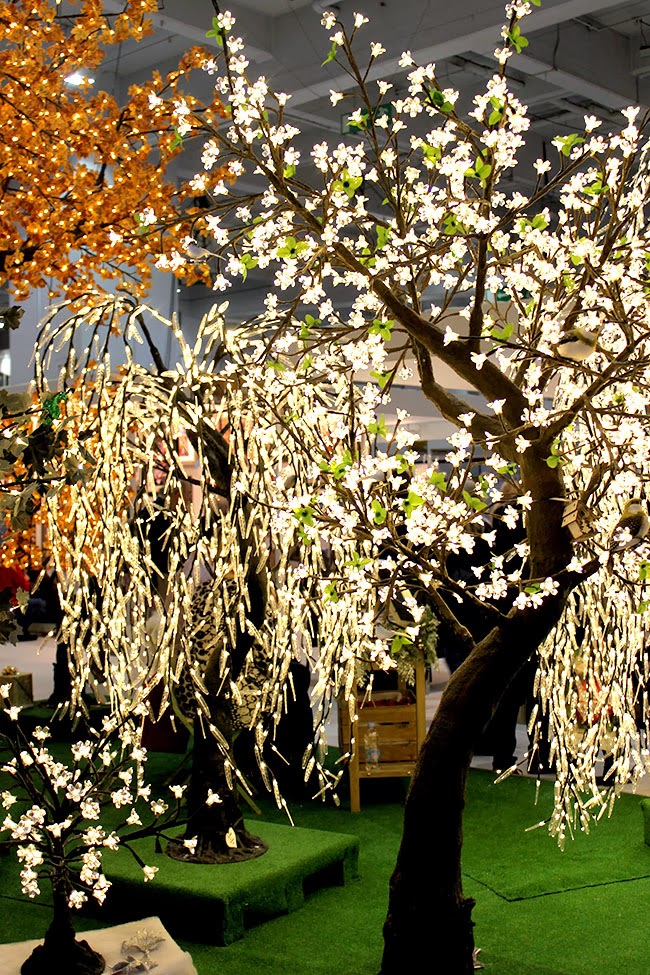 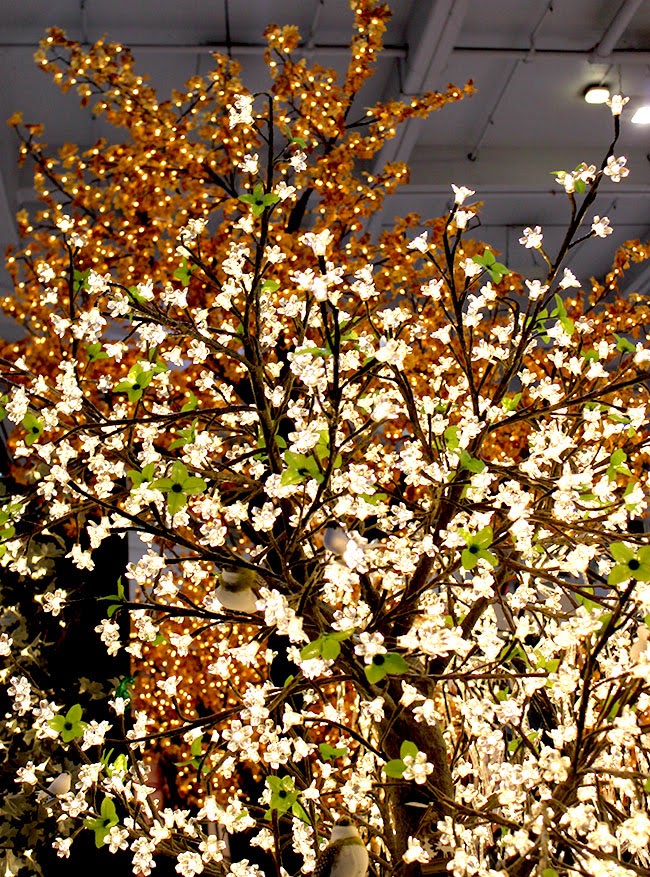 I have to admit, I found the food stalls much more exciting than the offerings downstairs.  With everything from spices to monthly organic food boxes, I found myself pulling out my purse to purchase a few bits to take home with me.

We do love a bit of spiced rum in the Swoon Worthy household so had to stop at the stand of Red Leg Rum, which I was promised was much like the original Sailor Jerry.  I tried it both straight and in their Hot Rum Slap – a heady mix of the rum, hot apple juice and ginger beer and cinnamon gomme.  Heaven!!  I had to get a bottle to replicate at home. 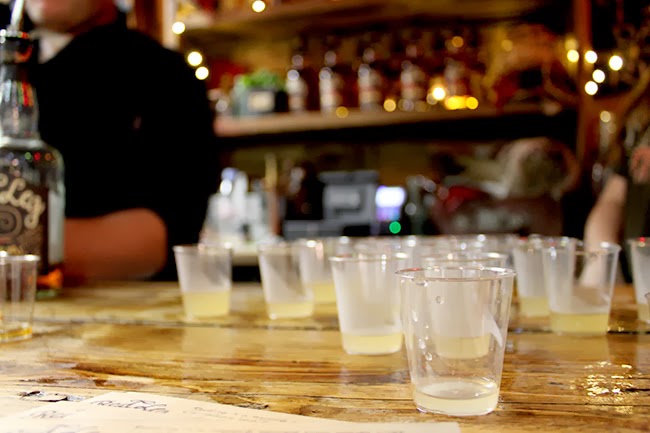 I also picked up a slice of Chocolate Orange Fudge for Wayne from The Fudge Kitchen who had such a selection of fudge, it was nearly overwhelming but I figured if I brought home both rum and fudge, I would win the award for Best Girlfriend Ever.  (I was right, I totally won that one and the fudge was delicious.) 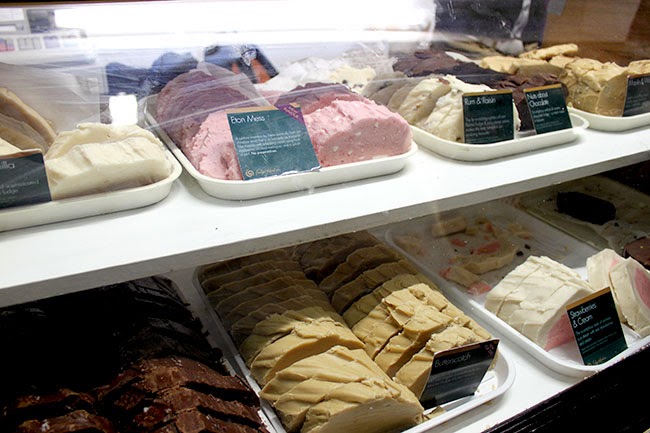 I think we taste-tested our way through the rest of the stalls with so much on offer.  From above, you can see just how big this event really was – it even had it’s own ice rink! 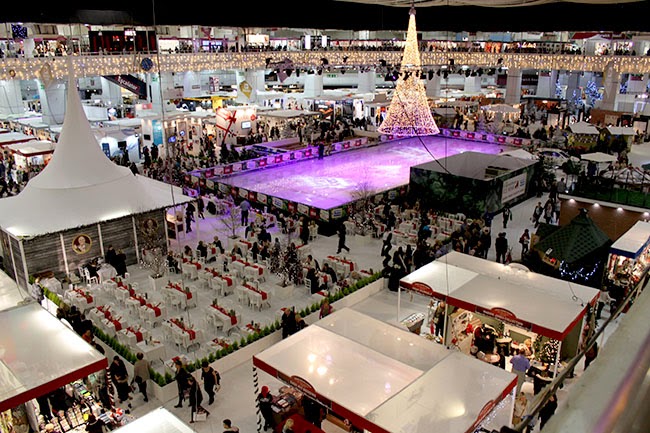 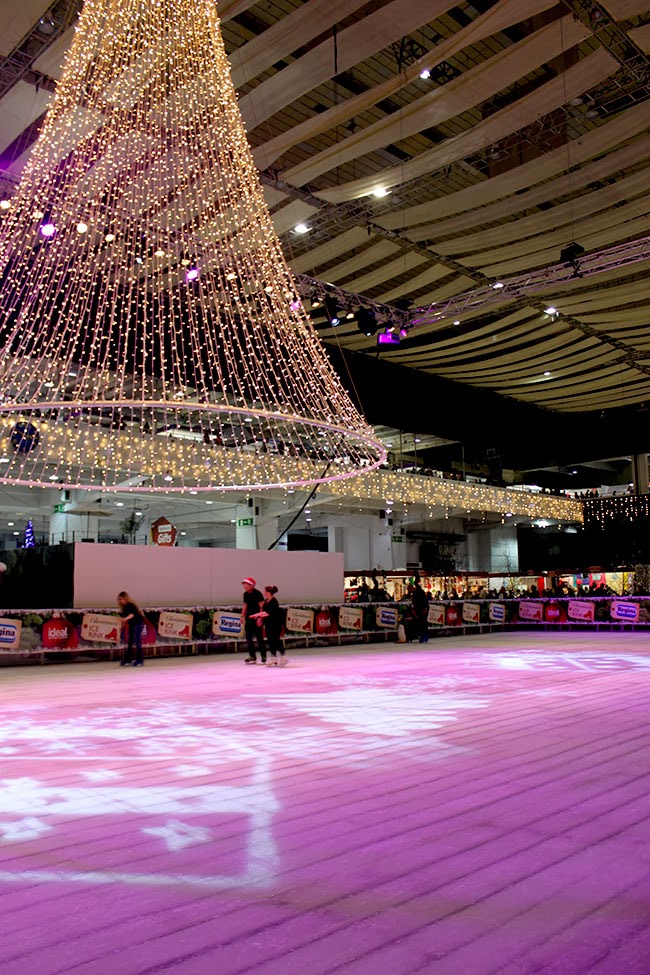 So, in the end, I did see a few things that I thought were rather lovely but sadly, I wasn’t blown away by much of what was on offer and so I felt I was picking through a lot of hay to find the needles.  I loved the food stalls section but the interiors section left me a little flat, especially in comparison with the interiors exhibition I had been to when I was in Amsterdam.

However, Magnet were nice enough to provide me with rather lovely goodie bag that more than made up for any disappointment including a lovely set of red ramekins from Le Creuset, a Christmas tea towel from Emma Bridgewater and a Kenwood hand blender.

Did you attend the Ideal Home Christmas Show?  What did you think of it?

A big thank you to Magnet for providing the opportunity to attend this event!  Go check out their range of kitchen designs and inspiration here to support the brands that support Swoon Worthy.  As always, all opinions, images and general rambling are my own.

Hey! I'm Kimberly, a design obsessed DIYer, an award-winning UK Interiors blogger, a freelance writer, a content marketer and a crazy cat lady. Get to know me here...