For the Love of Chevron

I’ve been thinking about a simple and cheap project (the very best kind as far as I’m concerned) to doll up my dressing room and I thought I’d share it with you.

W bought these tables for £7.99 each when we were dating because he used to just throw his phone on the floor next to his bed and I convinced him a table either side would provide some much-needed surface space (Seriously, how do these guys get by without us?).  After I moved into his place, the tables were shoved up in the loft as I had my own (admittedly, not very much more expensive) bedside tables.  When we moved into this house,  however, every bit of furniture was needed to fill the space and I adopted them for my dressing room as a sort of temporary shoe storage until I purchased my bookcases.

Here are my inspiration photos.  You’ll quickly see each image has something in common…

So, clever people, did you figure it out?  Yes, each of my inspiration photos has a yellow and white chevron pattern.   Well done you, give yourself a star.   I admit I did consider black and white chevron and turquoise and white as well but these pictures have convinced me that yellow is indeed the way to go.

Interestingly, Holly from Decor8 discussed the chevron pattern saying she didn’t think it was as popular in Europe as it was in the US, that it seems to be an ‘American’ thing and I think I have to agree with her and her readers.  I see it all over the Amercian blogosphere but little elsewhere.  It’s such a wonderfully clean and ordered pattern that it suprises me it hasn’t yet really caught on here but in some ways, I have to admit that it’s nice to have something few people here have yet.

I already have the white paint, just need to pick up some yellow to get myself started.  A cheap & easy makeover which should cost me under a tenner.  Gotta love it.  Stay tuned… 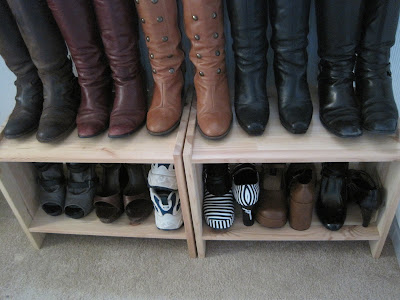 Have you gotten into some chevron love? Let me know in the comments.